Among other things, encryption plays a vital role in ensuring data security. It’s a process of converting data into an unintelligible form that can only be decoded or decrypted with the help of a cryptographic key.

Encryption hides the actual message and converts it into ciphertext, making it unreadable. Public key encryption is one such method through which you can encrypt a message. Think of it as a lock with two keys (public key and private key). If a user locks it with the first key, only the second key can unlock it and vice-versa.

There are other methods, such as symmetric encryption or hybrid encryption, but for now, let’s take a deeper look into public key encryption and see how it provides elevated data security to users.

What is public key encryption?

Public key encryption, also known as public key cryptography, is a technique that uses two different keys to encrypt and decrypt data. One is the public key, which is available to everyone to encrypt data, and the other is the private key that an initiator can use for decryption.

Components of public key encryption include:


For sending an encrypted message, you can get the recipient's public key from a shared directory. Use this key to encrypt a message before sending it, and the recipient would be able to decrypt it using their corresponding private key.

In contrast, if you encrypt a message using your private key, the receiver can only decrypt it with your public key, verifying your identity. You can carry out both encryption and decryption automatically without physically locking and unlocking a message. Organizations make use of encryption software to carry out the process seamlessly and ensure robust data protection.

of respondents are using encryption for customer data.

Public key encryption is a highly secure encryption process as it doesn’t require anyone to share their private key, preventing its leakage in transmission. It provides substantial information security and keeps your data protected against unauthorized access.

How does public key cryptography work?

Public key encryption enables users to secretly send and receive messages. It allows each user to create a pair of keys: a public key and a private key. Both keys have a mathematical relation between them. But a private key cannot be practically derived from a public key.

In encryption, one can use a public key to encrypt a message, which the recipient’s private key can only decode. Moreover, if the sender encrypts a message using their private key, the intended recipient can verify the sender's identity with a public key.

Public key encryption uses longer key lengths that reduce the hassle of key management as there is no need to exchange keys. Once a key is used to encrypt the message, it can’t be used to decrypt it.

Some of the important properties of a public key encryption system include:

Public key cryptography is typically used in e-signatures. An e-signature is a mathematical method to authenticate the identity of a user and maintain the integrity of a document, message, or software. Businesses generally use e-signature software to distribute legally sensitive documents and collect digital signatures.

Apart from digital signatures, public key cryptography is used for various other purposes.

Public key cryptography is at the core of TLS/SSL cryptography protocol that ensures security in HTTPS. It protects web servers and clients against cyber attacks like man-in-the-middle attacks, where an attacker intercepts the communication and access the content within messages. Symmetric encryption is also a part of HTTPS, where public-key encryption is used to exchange keys between two parties, and symmetric encryption keys are used to carry out the encryption process.

Public key encryption enables sender and receiver to verify their identities and helps them to defend against man-in-the-middle attacks. Web server security also provides an additional advantage in ranking websites higher on search engines like Google or Bing.

Email encryption uses public key cryptography to authenticate and encrypt a message. It helps protect the message against unauthorized entities or malicious hackers. Even if an attacker cracks a mail server password, they won’t be able to view the contents of emails due to encryption.

You can use email encryption software to protect emails by digitally signing them to prove your identity and encrypting the content and attachments in transit or stored on a server.

Prominent cryptocurrencies like Bitcoin rely on public key cryptography for transactions. Users have a public key that’s available to everyone, and private keys are kept secret, which is used to carry out a transaction.

For example, in the Bitcoin ledger, unspent transaction outputs (UTXO) are linked to a public key. When user A wants to sign a transaction with user B, user A uses their private key to spend the UTXO and generates a new UTXO linked to user B’s public key.

Public key cryptography algorithms are mathematical functions that are either used to encrypt a message or verify the origin of a message and the sender’s identity.

Some popular public key cryptographic algorithms are mentioned below.

The RSA algorithm allows people to use public and private keys to encrypt a message. When a public key is used for encryption, a private key will facilitate decryption and vice versa. Due to this property, it has become a popular asymmetric encryption algorithm. RSA helps organizations ensure confidentiality, integrity, non-repudiation, and authenticity of the information in storage or transit.

The RSA algorithm generates a public key and a private key through a complex process that involves factoring large integers, which are a product of two large prime numbers.

The private key consists of a modulus (n) and a private exponent, d (calculated from Extended Euclidean algorithm to find the multiplicative inverse with respect to the totient of n).

RSA keys are usually 1024 bits long, but the government and some industries instruct to use a minimum key length of 2048-bit for more security.

A digital signature algorithm is a type of public key encryption algorithm that is used to generate e-signatures. It allows the recipient to authenticate the identity of the sender and verify the origin of the message.

Interestingly, a sender puts their e-signature using the private key, which is verified by a receiver with the help of the corresponding public key. Simply put, a private key is unique; a single person or entity can use it. However, anyone can authenticate the message’s origin by using the public key since it’s available to all.

It’s popular in mobile applications since it provides the same level of security with a 256-bit key that other encryption systems like RSA deliver in a 3072-bit key while using lower computational power and less battery resource.

With the ongoing development in quantum computing, encryption algorithms that depend on factoring two large prime numbers will be easier to decipher. ECC and Quantum key distribution might be the best reasonable alternatives for encrypting data in days to come.

TLS/SSL protocol ensures encrypted communications over a network by leveraging both asymmetric and symmetric encryption while providing end-to-end data security. In a TLS/SSL handshake, the server agrees on an encryption algorithm. Websites have TLS/SSL certificates that hold the public key, whereas the private key is installed on the server.

In the whole process, there is no need to share cryptographic keys. The receiver’s public key is used to encrypt a message that can be decrypted only by the receiver's private key.

Public key encryption follows a complex process of encrypting messages. It takes more time and sometimes resources than symmetric encryption, but offers greater security. It also encrypts digital certificates so that malicious hackers cannot gain access to them even if they are compromised.

The choice of encryption will depend on its use, nature of the device, storage, computational power, level of security,  and other elements. Depending on these parameters, both symmetric and asymmetric cryptosystems will have their advantages and disadvantages.

The main advantage of using public key cryptography is more robust data security. Since users don’t have to share, transmit, or reveal their private keys to anyone, it reduces the risk of a cybercriminal intercepting a private key and exploiting it to decrypt communications.

The major disadvantage of public key encryption is the low speed at which the encryption process is carried out. It takes more computational power and storage to generate a pair of public key and private key, using complex mathematical operations that involve sizeable prime number factorization.

Some common challenges of public key encryption are:

Equip your security stack with encryption software and protect every communication that needs to stay private. Public key encryption will help you provide robust protection to your data with a complex encryption mechanism.

Along with encryption and other security defenses, you'll be able to ensure information security and comply with regulatory standards.

Discover what else you’d need to strengthen information security in your organization.

Use encryption software to prevent data exposure and maintain its confidentiality and integrity.

Use encryption software to prevent data exposure and maintain its confidentiality and integrity. 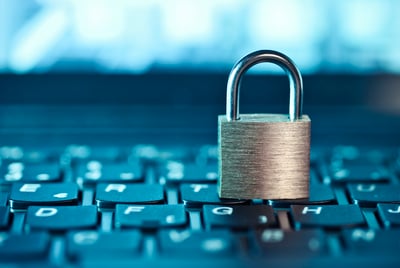 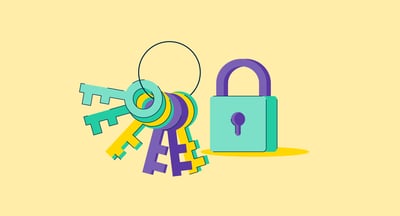 What Is a Brute Force Attack? How to Keep User Accounts Safe

What Is a Brute Force Attack? How to Keep User Accounts Safe