Whether it’s your smartphone, computer, or gaming device, without the right software, it would be as useless to you as a paperweight.

That’s where software engineering comes in. If you’re someone who pays close attention to detail, values the importance of teamwork, and are always excited to learn something new, then a role as a software engineer could be the right fit.

Jump ahead to learn more about the specifics of becoming a software engineer:

What is a software engineer?

As part of the information technology sector, software engineering is an extension of computer science that includes the development and building stages of various types of programs.

What does a software engineer do?

A software engineer works to apply mathematical analysis and the overall principles of computer science to design and develop computer software. This could include anything from operating systems, computer games, business applications, network control systems, and more.

As a software engineer, you’ll have extensive knowledge about programming and coding, design and architecture, algorithms and data structures, how to debug and test software, and more.

Thanks to the increasing advancement in mobile technology, the role of a software engineer is in high demand. But first, you need to know where to start.

Courses related to software development will center around computer programming, while computer security courses will target data security and what to do in the event of a data breach, in addition to the fundamentals of cryptography. There will also be courses that focus on project management and user interface.

During your time as a student, you’ll want to learn to code. It’s in your best interest to develop a comprehensive knowledge of programming, software, architecture, and software testing. Some coding languages you’ll want to be familiar with include:

A great way to learn some of these languages would be to either enroll in a coding bootcamp program or to pursue an internship. Doing so will also allow you to choose a specialization before you start applying for jobs, as there are many directions you can go once you get your degree.

One of the great aspects of wanting to become a software engineer is that when it comes to your title, they come in various shapes and sizes.

Some popular job titles include:

Those looking to become a software engineer can experience growth and opportunities in a multitude of industries, not just the tech industry. For instance, see what industries like healthcare, automotive, nonprofit, government, and finance have to offer someone with the skills to be a software engineer.

No matter the industry or job title, a software engineer is likely to have specific duties they are responsible for day in and day out.


As a software engineer, you’ll work with a client and assess their needs, then design, test, and develop computer software to meet those needs with other members of the team.

A software engineer will apply engineering principles to create software. Because of this, software engineers take part in software development by connecting the needs of the client with technological solutions.

A software developer or an extended software team is responsible for the entire development process, as well as the driving force behind the programs. Their job is to work with the client to create the design and then the computer programmers to develop the code needed to run the software.

A software engineer is involved with the development process, but a software developer will rarely be involved in the engineering process. When one is overseeing the engineering portion, the other is focusing on creating functional programs.

According to ComputerScience.org, on average, the typical ranges for software engineers are: 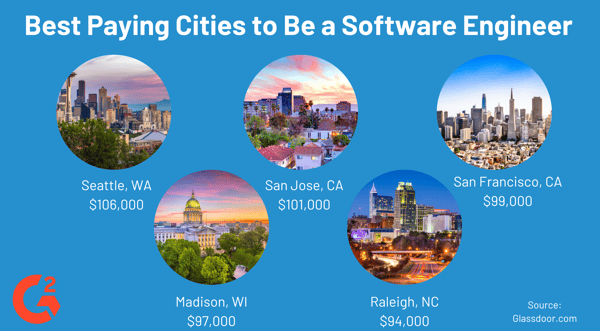 As more companies recognize the need for this position, this list is likely to change. Before you pack up and move, check out what your city has to offer.

Software engineer tips from the experts

No matter what career you’re interested in, it’s always a good idea to get some advice from those already in the field. We asked four experts and this is the advice they’d pass on.

“I started learning to write code as a teenager on our family Apple II+. The first language I learned was Applesoft Basic, and I read books and magazines and copied that code into the computer. When it worked, it was amazing! When it didn't, it was a puzzle to figure out why. I was hooked.

When I went to college, I didn't study computer science. I didn't see software engineering or software development as a career, so I graduated with a degree in liberal arts instead. Once I got out of college, I took a mainframe programming job and my title was statistician, but it would now be called a data analyst. I liked working there, but when the web became a thing, I knew it was my true calling.

Since then, I’ve been doing custom software engineering, developing, and consulting since the mid 1990s. I don't have any regrets about the way my career unfolded. I sometimes wonder how it would have been different with a CS or MIS degree. But the job of a consultant is to understand the customer's problems, think critically, explore all the options, and make a recommendation. My degree prepared me for all the non-coding aspects of my work. People think we spend all day writing code, and some do, but most spend a significant amount of time trying to better understand and work through business problems.”

Make the most of your resources

“All resources for learning how to code are available for free online. Software engineering and development communities are very open and helpful. Many people will eagerly share their expertise with others. It’s one of the things that characterizes this community.

Now that I know this, if I could do it all again, I would not have gone to the online bootcamp but would rather start researching the materials on my own. But then again, I probably wouldn't know what I was doing at that time without the experience I have today.”

Self discipline is the difference between a coding statesman and a script kiddie. If I was going to do things differently, I'd be less stressed about where I wanted to be, and be more inclined to sit tight and lean in.”

“I've mostly worked as a freelance engineer and app developer. One of the benefits of working freelance is that you can jump from project to project. Especially short term projects (1-3 months) allow you to gain experience with a particular technology or stack, after which you move on to the next opportunity. You can find out what you like more quickly, or quickly improve a diverse set of skills.”

If you build it, they will come

When it comes to our favorite products, the difference between hardware and software can make all of the difference. As a software engineer, you’ll find it rewarding to be able to build the type of software that makes radical improvements to people’s lives. So roll up your sleeves, get ready to learn some code, and dive in with both feet.

If you’re going the route of developing websites and web solutions, check out these nine tips and lessons from web developers! 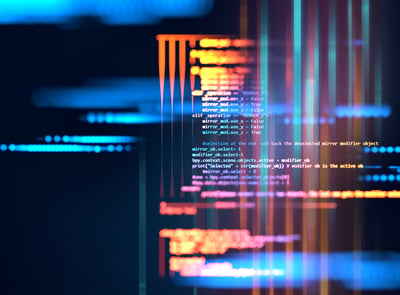 What Is a Tech Stack? (+Choosing the Right Stack for Your App Development)

Whether you’re a beginner or a seasoned digital veteran, deciding the right technology stack —... 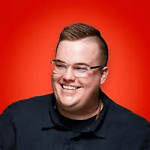 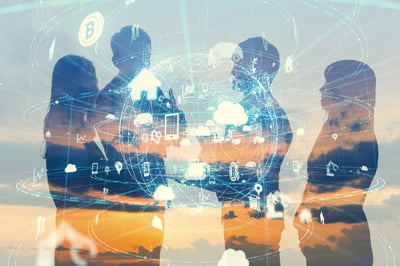 Cybercrime is on the rise, and it’s your job to protect us. 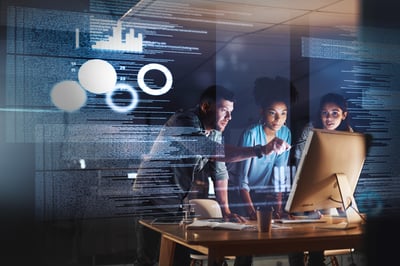 How to Become a Web Developer: Skills, Steps, + Advantages

What Is a Tech Stack? (+Choosing the Right Stack for Your App Development)

Whether you’re a beginner or a seasoned digital veteran, deciding the right technology stack —...

Cybercrime is on the rise, and it’s your job to protect us.