Ask a gamer today whether they prefer “PC or console,” and you’ll probably get a laundry list of reasons of why one is better than the other.

However, this back-and-forth exchange is expected, as the PC vs console debate has been going on for decades. Some prefer the power and customization options of PCs, others prefer the ease-of-use and exclusive titles of consoles.

In this article, we’re going to discourse both the pros and cons of each gaming device and discuss why the debate may not even matter in the next few years.

Before diving into the differences, we need to define the purpose of each device. Popular consoles today like Xbox One and PlayStation 4 are used mostly for gaming, but can also stream multimedia content from cloud applications. If you have a cable or satellite subscription, you can also route these services through a console.

PCs, on the other hand, can be used for a variety of purposes like graphic design, blogging, programming, streaming, web surfing, and much more. With the right hardware, PCs can also be used for gaming.

Now let’s get into the more nitty-gritty of PCs and consoles.

If you’re devoting time and money toward a gaming device, you’ll want to know how it performs. That being said, PCs perform noticeably better than consoles when it comes to gaming. This isn’t to say that consoles perform poorly, just that PCs have historically always been ahead of the technological curve. Here’s a video showing just how powerful PCs are compared to consoles.

The average gaming PC today is on-par with the latest consoles in terms of specifications (specs). When it comes to higher-end gaming PCs, you’ll see a drastic uptick in performance. These PCs can typically run games at 4K resolution anywhere from 60 frames-per-second (fps) up to 100 fps – that’s nearly double what consoles can do.

For the casual gamer, an average gaming PC with 8 gigabytes of RAM, Full HD resolution, and an Intel quad-core will do the trick at a competitive price point compared to consoles. As a matter of fact, the Steam Hardware Survey estimated that these are the average specs for a majority of their users.

For more hardcore gamers looking to maximize their experience, expect your wallet to take a hit. While basic PC builds could run anywhere from $400-$700, high-end PCs could run upwards of $2,000, and sometimes higher. Graphics cards alone can be more expensive than an entire computer. 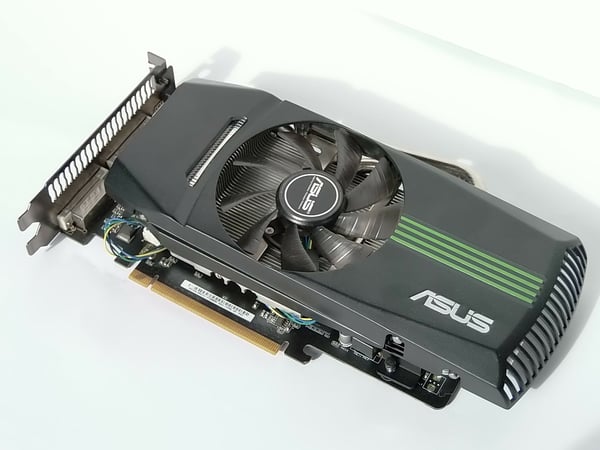 Of course, that’s the price of unparalleled quality. It’s not uncommon for Esports competitors to have PCs of this caliber.

The advantage of consoles is inexpensive and consistent price points. You can purchase the most expensive version of the Xbox One or PlayStation 4 for no more than $300-$400. Even though consoles are limited in their capabilities, you’ll get a quality device for the price.

Another advantage of consoles is their ease-of-use. After purchasing a console, you can unbox it, plug it in, and begin playing. That simple.

Console interfaces today are intuitive and easy to understand. Technical issues with consoles can also be resolved fairly easily. There are a variety of online resources from the console developers themselves if troubleshooting is needed.

PCs, compared to consoles, require more understanding of how the device should operate – especially if you plan on building your own gaming PC. Are my CPU and motherboard compatible? What sort of graphics card should I purchase? Is there an optimal amount of power supply for playing games? You’ll need to research these questions ahead of time. 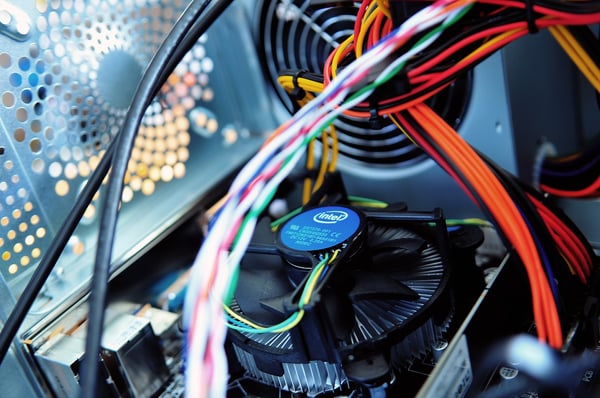 Troubleshooting, configuring games, and general maintenance is something to be expected if you go the PC route. Thankfully, there are just as many, if not more online resources, videos, and forums to help.

One of the clearest advantages of PCs, whether you plan on buying one or building your own, is the amount of flexibility and control compared to consoles.

If something fails or you plan on upgrading parts, you can easily go in and switch things out. You can also salvage parts from other computers, like hard drives and power supplies, and use them for your new PC. Of course, this all requires technical knowledge of how each component works with one another.

The same flexibility and control can’t be said for consoles. What you see is what you get, and the specs are reliant on what Microsoft, Sony, Nintendo, or other console developers choose.

PC users also have more controller options at their disposal, such as modified controllers, keyboards, keypads, mice, joysticks, and more. For consoles, you’re limited to the controller you’ve been provided or aftermarket options.

In addition to performance, you’ll want to know how long your gaming device will last and how long it’ll be relevant.

Consoles are quite durable, easy to troubleshoot, and could last for decades depending on how well maintained the device is and how often it’s used. In terms of relevancy, old consoles go out of style quickly once new devices hit the market. Video games will eventually cease to be made for the old console, and publishers focus solely on developing games for the new one. Although, backward compatibility (the ability to play old games on new consoles) is becoming more common.

PCs can also last for a long time, but the components that make up the PC will eventually regress and lose their peak performance. For PCs that push the limits of graphical capabilities, speed, and run video games at the highest settings, the regression may be more apparent, but could still take multiple years to actually notice. But with PCs being so flexible, parts can be swapped easily, and the device can remain relevant for a very long time.

PCs are quite adaptive, and their gaming options are just as flexible. With a Steam account, you have access to more than 30,000 games. Some of today’s top video game titles can also be purchased on Steam for no more than $40. Steam routinely has deals on games and site-wide sales, and it’s only one of many online gaming marketplaces.

Consoles are quite limited when it comes to gaming options. To put in context, there are roughly 1,100 Xbox One games. The PlayStation 4 has a similar amount of games.

The limited amount of gaming libraries on consoles is somewhat of a double-edged sword. On one end, you have a lack of variety, but on the other end, you have games exclusive to the consoles that cannot be played anywhere else. 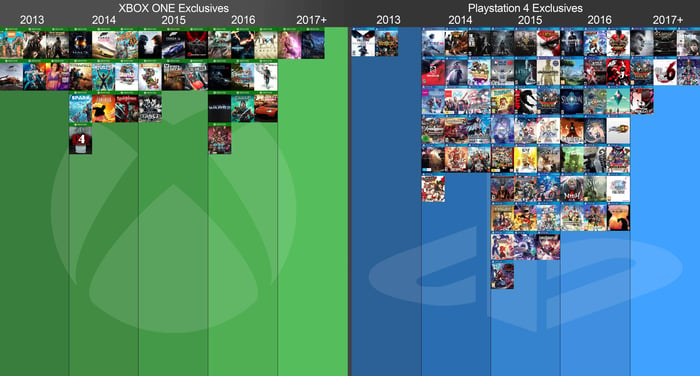 For example, Xbox One has Halo, Gears of War, Forza, and others. PlayStation 4 has Marvel’s Spider-Man, God of War, Uncharted, and more. All of these games are massively successful and build loyal fanbases.

With PCs, there are also modified games. Mods are essentially regular games that have modified graphics, gameplay, or both. This brings another unique element to the gaming experience. As a matter of fact, some of today’s most popular PC games started out as inspirations from mods.

For consoles, you’ll be hard-pressed to find mods unless they’ve been hacked. This is because consoles are closed systems, unlike PCs.

The end of the PC vs console debate?

PC and console fans have been at it for decades, but could this all come to an end soon? Well, perhaps.

Experts are saying the future of gaming lies in the cloud and is cross-platform compatible. Cloud gaming is “gaming on demand,” where users can sign up for a service and stream video game content to their devices via the cloud.

While cloud gaming still needs time to pick up traction, cross-platform gaming is the here and now. This type of experience is meant to bridge the multiplayer gap between consoles and PCs so users can play online together regardless of their device. This avoids alienating large populations of gamers.

Microsoft executives have already announced efforts to provide more cross-platform capabilities for Windows OS and Xbox One. Nintendo has also allowed cross-platform gameplay between the Switch, Xbox, and PCs.

As for Sony, cross-platform gaming has (for now) been completely blocked. Sony executives claim their console is already the “best place to play,” sparking controversy amongst the gaming community.

So, whether you prefer the user-friendliness and exclusiveness of consoles or the flexibility and high-performance of PCs, more efforts are being taken to mend relations between the two fanbases. This could give way to a future where all gamers unite under one community. 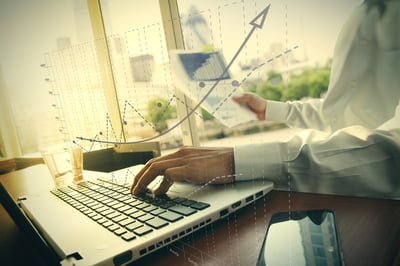 It can be difficult to get a product from conception all the way to market.

It can be difficult to get a product from conception all the way to market.