Director of SEO at Directive and founder of SEO of the Rest of Us, Brendan Hufford, spoke with us about his unpredictable career journey from public school teacher to digital marketing thought leader. Brendan shares his thoughts on how to stay grounded among the bustle of hustle culture, advice on executing life-changing career moves, and more.

Key takeaways from this article:

BH: I feel like the backstory has become my material at this point. But yeah, I went to college to be a teacher because we let 18-year-olds decide what they want to do with their lives. I was not prepared to make that decision at 18, but I did. I taught for like 10 years. And a couple years into teaching, I got really active in online forums around Brazilian jiu-jitsu, which led to me making a website about it, which led to people sending me free stuff to talk about on my blog. This is before Instagram or influencer marketing or anything.

It was just like, all right, I guess I'll make that a thing. Right?

Before I know it, I’ve got an entire website on my hands where I just reviewed gear for jiu-jitsu. I started my own brand; I started making connections with these huge companies and brands in the jiu-jitsu scene. You know, I’m doing all the crazy stuff on the side with my own business essentially, and the entire time, I’m still a teacher. I’m climbing the career ladder. I was even an assistant principal for a couple of years. I’m spending all my time juggling both of my careers.

Then in 2016, I sold the jiu-jitsu website to an e-commerce company and the blog to two separate people. And I’m suddenly stuck without this creative outlet I’ve had for the last decade. I’m finding myself at this point where I hate my job. I felt guilt every year as a teacher, because I was always like, this is the summer I'm quitting. And then I never did quit. I kept going back. I was finally at the point where I couldn’t do it anymore.

Then one of my friends was like, why don't you just go work like work somewhere and do marketing? And I was like, huh? Never did I even consider that idea. I didn't even know that existed.

I was so deep into my own thing that it never occurred to me that I could go do this somewhere else. Companies would pay me to do something I'm really good at, and then I could still do it on the side. And for the first time with my career it felt like I just had this aligned life. I had no idea that existed.

LP: You came to this decision to switch careers; where did that end up taking you?

BH: I joined the team at Clique Studios and learned a ton about working with bigger clients and I also launched hundreds of websites. That was where I learned all about the web design side of SEO. Now I lead the team at an agency called Directive. We work primarily with software companies, and that has also been an amazing experience.

During all of that time, I just became really frustrated with trying to find materials to educate my team. I didn't have the time once I started leading teams to teach them everything I knew. So, I was just trying to put together materials. One of the most frustrating things about SEO is that it’s one of the few things you can't learn by Googling it just by the nature of what it is.

You kind of have to just get a job and start doing it. Or if you can afford a couple bucks for hosting, like you can just learn through publishing on Medium or a WordPress blog or whatever like I did. There's a lot of different avenues for it, but yeah, I was so frustrated with all the YouTube videos I was finding and blog posts I was reading. None of it was right; none of it was really helpful.

“I started SEO for the Rest of Us for anybody who's kind of felt overwhelmed or kind of disenfranchised while they're trying to learn SEO.”

LP: I'm sure with you starting your new role this year and with the success of SEO for the Rest of Us, you’re getting a lot of requests for things like this, you know, collaborations and co-marketing pieces. How do you decide which things are worth your time?

BH: So, do you want the honest answer or the advice I would give myself?

BH: Okay. The advice I would give myself is there's this really great chart that Jimmy Daly, who was at Animalz, tweeted and it showed how at the beginning of your career, you have all these yeses stacked up, and eventually the yeses turn away and you start saying no more as you get further in your career.

“That transition of going from saying yes to everything that got you here, to having to say no to things; it's really hard. It’s a hard shift to make”

LP: No, this is great. I feel like marketers don’t talk about what we struggle with enough. Everyone wants to look like they have it together all the time. It’s that sort of LinkedIn filter on things, trying to make it all look perfect.

BH: I’ll tell you something else – I really struggled with being data-driven. I just lead with whatever I have to say, and I like interesting stories. It confuses people when they ask me about SEO for the Rest of Us. They want to know how many email subscribers and [how much] website traffic I have, and the answer is that I don't know. Like, I really don't. I have a general idea of what it could be, but I don't look at that stuff. I just keep making. I'm happiest making and producing things. You need to spend time building something before you critique it.

LP: I totally agree – sometimes it feels like people give up too soon and I’m like, wait, you were doing something really cool there. Why did you stop?

BH: Right, because that’s the trick with data: you need a good sample size. And you see it a lot in marketing. I would say 95% of the people trying to re-optimize stuff don't have enough to optimize in the first place. People become obsessed with looking at their podcast analytics and it’s like who cares, you recorded nine episodes.

You don't have enough volume to make any decisions at that point. You have to do more. It’s the balance of creating and strategizing. You have to create to have something to promote, but you need to give things time to breathe.

“Experiment with different formats, learn as you go, and don’t get rid of things before they can become successful.”

LP: What’s something you would tell someone who is trying to start building those connections for the first time? I’m sure people wonder how do you even begin building a community around yourself?

BH: I got where I did by being really good at taking advice from people and following up with them. Like, if you tell me to do something or you give me some good advice, I'll do it. And then I’ll come back and talk to you about how it went. And that’s how you start making connections with people. I think that's what I'm finding more and more is that the knowledge people learn on the job is probably more valuable than any certification or online course you can take.

“I think the future of content is really moving more toward building communities around your product, brand, or yourself.”

People say to find a mentor, but I don't know. I've never had success with using the “M word” with people. I've had a lot of success with just asking questions, going out and doing the thing, and coming back and telling them you did it.

Nobody does that. They'll be blown away. Then you use that as permission to ask the next question, and then just keep doing that constantly. I love that it's like proving your worth being in someone's inner circle, you know, that you took their advice to heart enough that you actually went out and did it. Do that enough times and you’ll build enough of a network where you have true freedom.

LP: My last question kind of parallels this ‘learn as you go’ mentality we’ve discussed today. You know, a lot of people are considering their next move. What advice would you give to someone who is overwhelmed by the idea of changing careers?

Learn in public as much as you can. Share what you’re learning, tag the people you’re learning from, tweet about it, put it on LinkedIn, make YouTube videos. However you wanna do it, create content and share it publicly so that people start to see you as the authority for what you're learning about. I think that was a really big part of it for me, at least. And I would tell everybody to do that. Don't be afraid to learn in public and then just find other people you can ask questions to.

And finally, I’d say stay humble. You know, I'm not anybody. I am super regular. My wife still thinks that I'm very annoying most days, and the kids still see me as their goofy dad. I'm just a regular person. Anybody can do this stuff. I mean, with respect to the privilege that I have, which I'm very conscious of, and I feel like it's my job to be a steward of that. I do think that this is something that is, at least, at a very fair level attainable for a lot of people.

If you want to stay connected with Brendan, you can follow him on LinkedIn where he’s building an incredible team of search marketers at Directive.

Curious how you can apply Brendan’s advice to your career? Discover these seven tips for changing your career.

Lauren Pope is a former content marketer at G2. You can find her work featured on CNBC, Yahoo! Finance, the G2 Learning Hub, and other sites. In her free time, Lauren enjoys watching true crime shows and singing karaoke. (she/her/hers) 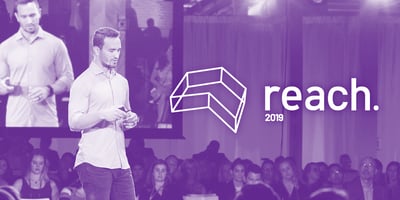 Looking to translate your email marketing skills to a career, but don't know where to start?