We do everything we can to avoid advertisements, but whether we like it or not, they’re everywhere.

In 1980, the Supreme Court developed the Central Hudson test to decide whether commercial speech violates the First Amendment.

Should commercial speech be protected by the First Amendment?

Learning about commercial speech and other PR legal issues are the first steps in avoiding lawsuits, and because advertising and public relations are so closely tied under the umbrella of strategic communications, it’s important that public relations professionals know about legal issues and exactly what the Central Hudson test is and when it’s protected.

What is commercial speech?

Commercial speech is a type of speech that promotes goods or services in order to make a profit. In the 19th century, companies began to differentiate products and competition became fierce. As more and more brands of the same products emerged, commercial speech was needed for a company to stand out from its competitors.

An example of this is soap. Back when there was one village soap carver, there was no need for advertising soap, because everyone went to that person. But then as more and more people needed soap, more soap shops opened. People began selling different scented soaps with varying ingredients. Then, retail stores like Bath & Body Works, or Lush, began specializing in soap. Or brands like Dove and Irish Spring started selling their soaps in convenience stores. With all of this competition for the same product, companies in the soap industry needed to differentiate themselves from all of the other soap sellers.

Initially, commercial speech was entirely protected by the First Amendment, but then companies began making false claims and misleading consumers. So courts began regulating what advertisers could and couldn’t say in order to protect the general public.

Too much regulation doesn’t allow competition to fairly enter the market, plus it’s a total infringement on Freedom of Speech, but not enough regulation can harm the greater good of the environment and people.

Central Hudson Gas & Electric Corp. claimed this ban was an infringement on the Freedom of Speech and after the case was heard in trial court, the New York Supreme Court agreed that the intentions of the Public Service Commission to conserve energy outweighed the commercial speech rights of Central Hudson.

But the case didn’t stop there.

The case was brought to the Supreme Court where they reversed the decision of the New York Supreme Court after creating the Central Hudson test.

This four-part test determines whether regulation of commercial speech violates the First Amendment. Under the Central Hudson test, a court must determine:

Under this four-part test, courts determine whether government regulation of commercial speech is constitutional or not. Because of its subjectivity, recent Justices have criticized the Central Hudson test for the lack of clarity and think that there should be a rule-based approach to commercial speech.

But the Central Hudson test stands, and commercial speech is still analyzed under the four components explained below.

Not unlawful or misleading

If your commercial speech is deemed unlawful and misleading, it is not protected by the First Amendment. Simple as that. If it indeed satisfies this threshold, then the burden of proof shifts to the state to explain why it is in the interest of the government that the court regulates the speech.

Unlawful speech includes defamatory advertisements and knowing the differences between libel vs. slander can help you determine if your commercial speech is unlawful or not.

A famous example of a misleading ad is when Red Bull said that its energy drinks can “give you wings.” The company was never sued for this claim exactly, but for a claim that Red Bull has more caffeine than a cup of coffee. But when talking about misleading claims, this is a fun example that is technically misleading.

This means that the safety and health of the area in which you are filing are at stake if the commercial speech remains.

In the Central Hudson Gas & Electric Corp. v. Public Service Commission case, the Public Service Commission argued that with the increase of ads for electricity, there will be an increase of consumption, and if that occurs, the energy crisis at the time would only get worse. And the judge agreed with the commission, but eventually ruled in favor of Central Hudson Gas & Electric Corp., and protected their Freedom of Speech after creating the Central Hudson test.

This takes the previous component one step further, asking if the regulation directly advances the governmental interest asserted. In other words, if the judge rules to protect commercial speech under the First Amendment, will there be a direct, negative result toward the government interest? If yes, then move onto the next prong, if no then the speech at hand is protected.

No more extensive than necessary

Being no more extensive than necessary means that government’s restriction does not expand further than the direct interest at hand. This ensures that the defendant doesn’t become the victim of unnecessary First Amendment restrictions.

You be the judge

Learn more about public relations and law, so that you can impress your clients and co-workers with your understanding of how these two topics work together.

What Is Commercial Real Estate: The Basics of CRE

What comes to mind when you hear the term “real estate”? 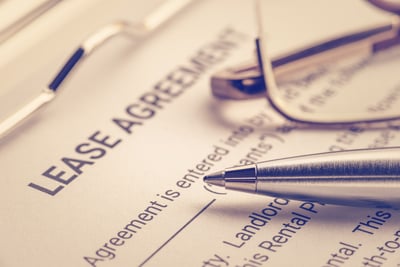 The 7 Types of Commercial Leases Explained

For a real estate agent, complicated negotiations are just part of the job.

We’ve all been told to imagine an audience in their underwear when feeling nervous for a...

What Is Commercial Real Estate: The Basics of CRE

What comes to mind when you hear the term “real estate”?

We’ve all been told to imagine an audience in their underwear when feeling nervous for a...