If all of your friends were jumping off a cliff, would you follow?

The fear of missing out was something that, at one point, only took place when having to miss an event that was the talk of the town. Now, the “events” are more abstract and take place all over the world. And you don’t even have to get out of your chair thanks to social media.

Joining in with others to participate in trends, no matter how strange or dangerous, gives us some sense of belonging that we all crave. There’s no better feeling than hopping on that bandwagon.

And advertisers know it.

We all want to be included, and bandwagon advertising is advertisers’ way of telling us what we need to do in order to feel like we’re part of the crowd.

What is bandwagon advertising?

One of many advertising techniques, bandwagon advertising is a form of propaganda that uses persuasion in order to convince people to buy a product or service to avoid being left out.

Ways to use bandwagon advertising

There are several ways in which bandwagon advertising can be used to sell a product, service, or idea.

This strategy positions your product or service as one that only a certain type of person uses; a type of person that everybody wants to be. These people are beautiful, wealthy, happy, healthy, and respected.

Who doesn’t want that?

Campaigns that use bandwagon advertising with the angle of desirability could be for almost anything. Place an expensive watch on a handsome man’s wrist as he closes a deal; a pair of headphones on the desk of a CEO; a drink at everyone’s place setting at the family dinner table. 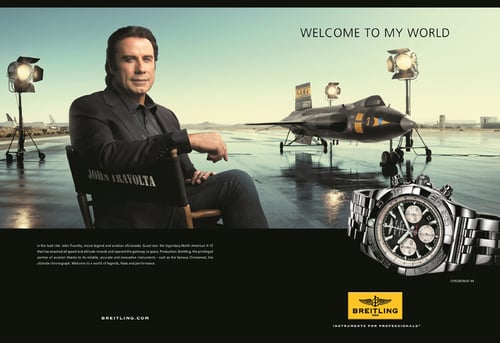 Using desirability subconsciously plants the idea that if a consumer buys a product or service, their overall quality of life will improve; they’ll be seen the same way as they see the people in the advertisement.

Portraying people as undesirable, asocial, unattractive, or unhappy in a commercial or print advertisement puts fear into the consumer’s mind. Using bright lights, vibrantly colored clothing and uplifting music can all help to further depict that the person with the product is more desirable. This can be juxtaposed with poor lighting, dark clothing, and depressing music in scenes that depict that the person without to product is someone who doesn’t belong.

For example, Secret launched a deodorant commercial for their stress tested antiperspirant. The commercial features a woman in the bathroom at work, standing under the hand dryer in a desperate attempt to dry out the sweat under her armpits. When a colleague walks in, our main character plays her odd positioning as yoga in order to avoid embarrassment. 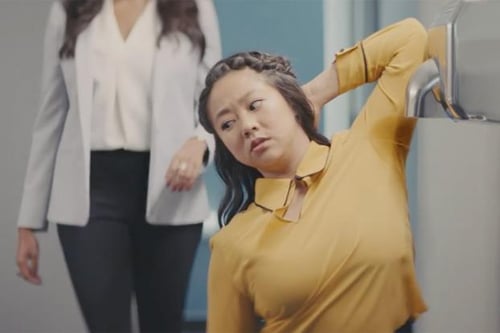 The commercial is focused on the embarrassment that someone can experience when the product being sold isn’t used.

Combining both the embarrassment and desirability technique, the transformation bandwagon approach shows exactly what happens when someone who doesn’t use a product or service changes their mind and tries it out.

The beloved Betty White Snickers commercial is the first example that comes to mind. In it, a group of young men are playing a casual game of football. Mike, portrayed by Betty White, is doing such an awful job on his team that his friends tell him he’s playing like Betty White. Not a compliment.

Mike’s girlfriend calls him to the sidelines and convinces him to eat a Snickers, which transforms Mike into the accurate version of himself. He’s later portrayed as being able to be active and accepted by his friends again.

Mike starts out as the lovely but frail Betty White and, after a Snickers, transforms into someone more capable of playing the sport.

Get on the bandwagon

A lot of companies and advertising agencies employ the various bandwagon techniques into their advertisements as a way to lure their potential consumers with appeals to their need to belong.

This tactic needs to be used carefully; convincing someone that your product can provide them with something tangible when it cannot may be considered false advertising.

5 Benefits of Native Advertising to Up Your Marketing Game 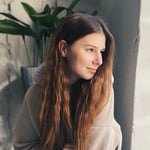 5 Benefits of Native Advertising to Up Your Marketing Game