Design can seem simple, but when pen hits paper it can be frustrating to visually express the message you’re attempting to illustrate.

Once you understand all of the design elements, it’s easy to get ambitious and want to include multiple shapes, different colors, or types of lines and fonts. But without the principles of design, you’ll end up with a composition that is disconnected, confusing, and difficult to navigate.

Every design is created with an intended message and audience in mind. By employing these five principles, you’ll be on your way to creating an effective and comprehensible design.

What are the principles of design?

Imagine you’re riding a seesaw –too much weight on one side will send the other person flying up into the air. Elements of art carry weight as well. Although it is visual weight and not actual weight, there is still a similar seesaw effect when a design is not balanced. The overall appeal of a composition relies on how the visual weight is distributed. Similar to a seesaw without balance, the viewer's eye will sway towards one part of the composition, leaving the rest of the piece unseen. 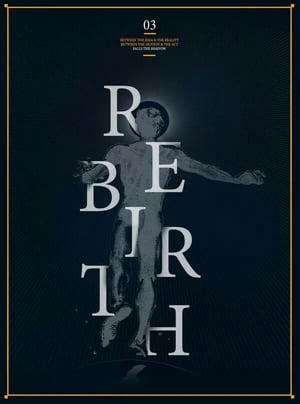 Balance can be categorized in three ways – symmetric, asymmetric, and radical. When the elements of a composition are equally balanced then a design is considered symmetric. This kind of balance creates a sense of order and formality within a piece so it is often employed in the designs of institutional architecture art and religious art. Radial balance –a variation of symmetrical –is when elements of a design are arranged equally around one point.

Asymmetrical balance, in contrast, incorporates opposite weights, so that a composition is not necessarily visually equal, but still has symmetry. Asymmetrical designs are typically more interesting visually when compared to symmetrical –hey create movement within a piece by leading the viewer’s eye around the entire composition.

Although alignment is typically overlooked, without this tool a design would lack a sense of direction, unity, or organization. Alignment simply refers to how elements are placed on a page. Its purpose goes beyond organization, it is vital for enhancing the overall visual appeal of a design or page layout.

Designers take into consideration the way that people naturally scan a page when creating a product. Each type of alignment –left, right, centered, and justified – all differ in how and when you use them. In English-speaking countries, text is generally read from the left to the right, so left alignment is the most common. However, for certain purposes –such as promotional, decorative, or in smaller bodies of text –the other types are strategically utilized.

Typically, alignment is applied to two specific design elements: typography and images. Graphic designers attempt to create a balance between the two so that both images and text are visually appealing and have a seamless connection. Through good use of alignment, a composition will appear neat, clean, and readable to an audience.

When designers move elements closer together or farther apart, they are employing the principle of proximity. There are two major reasons why a designer would employ proximity: to create connections or deploy them.

Proximity is also relevant when a designer is attempting to communicate a message or achieve some type of outcome, especially within the field of marketing and advertising. For graphic designers, using close proximity is considered a creative branding tactic. As you can see in the Unilever logo the small shapes are laid out very close together making our brains perceive them to be a single image of a "U.”

Proximity is especially important within UX design. How a designer chooses to organize elements within a page helps reduce clutter and make the layout more understandable. It also aids in the users' natural progression of a page, since relatable, compatible information is grouped together.

Adding white space to a design is an element of proximity that designers will employ to strengthen groupings as well as differentiate elements from one another. This aids in the creation of focal points, which on most websites, are in the form of call to action (CTA) buttons, such as “sign up” or “learn more.” By isolating the elements of a CTA, a designer is able to guide a viewer to that part of the page and enhance a user’s experience. 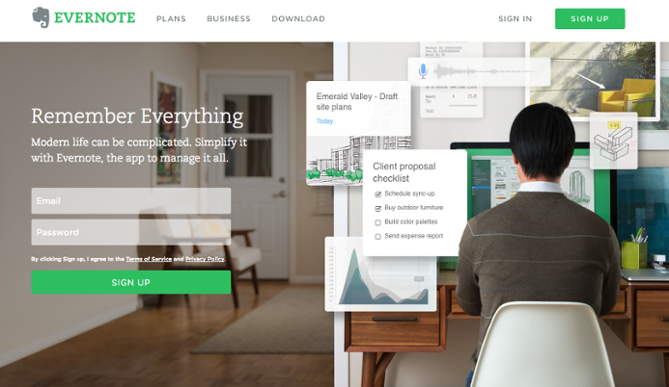 Repetition is achieved by repeating an element more than once throughout a design. While this may seem simple, designers depend on the principle of repetition to create a feeling of organized movement and consistency within a composition. In any design, you’ll find yourself having to repeat elements, but by doing so, you'll be able to strengthen and unify the visual appeal of a design.

The principle of repetition can also be an important business tactic. The visual elements of a company’s brand identity act as the face for how a company is perceived. Utilizing repetition is not only useful within a singular print, but can also be effective when it is displayed throughout a company’s design portfolio. A strong logo that is repeated throughout social media, business cards, brochures, web design, etc., enhances a consumer’s experience and makes a brand recognizable.

Besides the actual method of repetition, designers typically incorporate repetition through wither, rhythm and patterns. Patterns –the repetition of more than one design element working in unison with each other – are typically seen within physical forms of design such as interior design or architecture, but is also popular for the background of web and app pages. Rhythm refers to space in between elements that are repeated. Designers use the intervals between elements strategically to create a sense of movement for viewers. 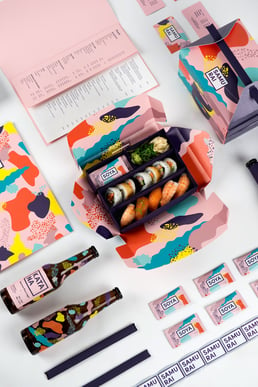 People say that opposites attract and this can be true for elements of design as well. Imagine a composition without contrast –every color, font, shape, etc. would be the same size, and that design would be rather dull. Contrast is the tool that makes a design “pop,” making it memorable for viewers.

Contrast also aids in the usability of a composition. A design’s organization is dependent upon how contrast is used to lead a viewer’s eye towards what is most important. For instance, if all the content within a design was the same size, how would your audience know what information is the most significant? Through contrast designers are able to highlight certain elements they want to emphasize, creating a focal point for an audience and a visual hierarchy.

However, working with contrast is not always a simple task for designers. In order for contrast to be an effective principle of design, designers must achieve balance. You'll notice if you start to research examples of strong contrast that successful designs alternate between only one to three elements. Adding too many variations of shape, color, or font can confuse viewers and weaken a designer's intended message. 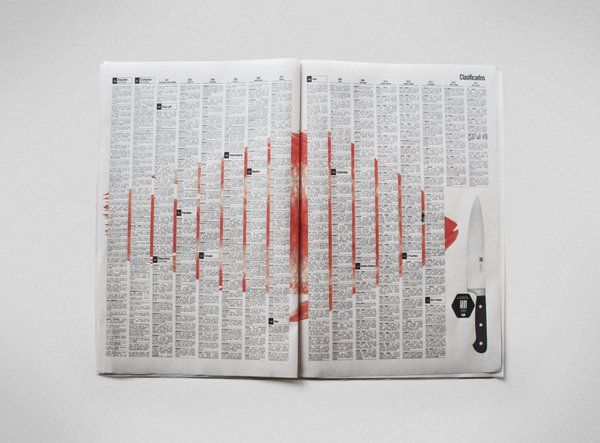 Using the principles of design

Although these five principles are considered the “rules” of design, there aren’t any strict guidelines on how to use them. This might be daunting for a beginner, but like most experienced designers, you learn to trust your eye.Sometimes, it can be useful to go against the principles of design, as long as the most important information is being communicated effectively.

Take this print ad from Fotolia for instance – by making the text extremely congested, the designer has strategically defied the principle of alignment and balance, and in doing so, they've created a focal point for the advertisement. The contrasting colors and repetitive typography directs the viewer’s eye straight to the brand name, Fotolia – the information most important to communicate. 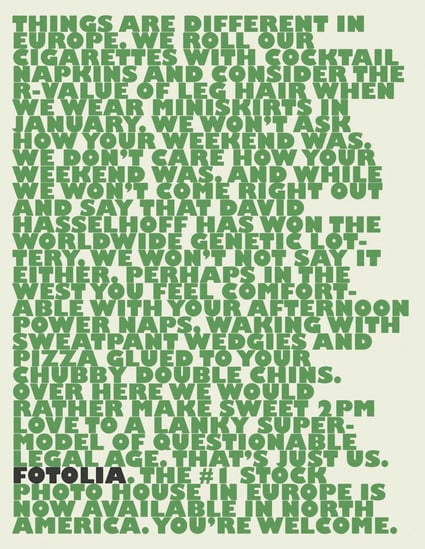 These five principles – when used effectively – can be a valuable tool for designers. No matter which type of graphic design matches your business's needs, the functionality of design will be enhanced by employing  the principles of design.

Ready to start using these five principles in your own designs? Learn about the best free graphic design software you can download today. 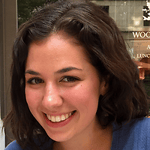 Emily Goorevich is a former content marketing intern at G2, and currently works as an SEO Specialist at L2TMedia. She is originally from Maryland, and loves reading, listening to podcasts, and eating falafel. 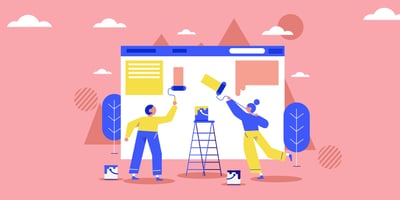 What Is UI Design? (+How to Optimize it for Your Business)

Our world has never been more digitally connected, and as a result, there’s never been a... 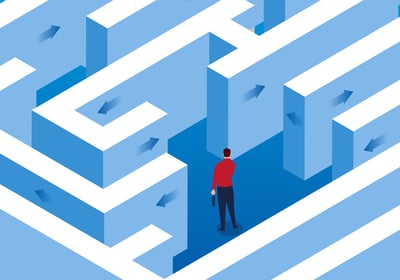 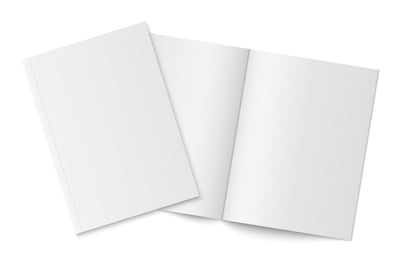 Writing a summary of one thousand pages is hard enough – how are you supposed to summarize...

What Is UI Design? (+How to Optimize it for Your Business)

Our world has never been more digitally connected, and as a result, there’s never been a...

Writing a summary of one thousand pages is hard enough – how are you supposed to summarize...