In order to continue satisfying customers, businesses must adapt to industry changes when necessary. A business simply can’t thrive if it doesn’t keep up with digital innovation. Recent technological advances have proven this to be true time and time again in recent years.

For example, the rise of on-demand apps has affected everything from the way people order food to the way they navigate their cities. This isn’t merely a fad that can be dismissed. Like e-commerce solutions, on-demand apps offer a degree of convenience that customers understandably appreciate. It’s vital that business owners consider how they can find a programmer and leverage this development to their benefit. Their competition almost certainly will.

The following points will clarify the topic. To better understand how on-demand services have changed (and will continue to change) business, keep them in mind:

It’s essential to understand that claims made about the prevalence and significance of on-demand apps are not baseless. Research confirms that the on-demand economy continues to grow at a steady rate. More importantly, its growth isn’t going to slow down at any point in the foreseeable future. It’s far more likely that it will speed up considerably as on-demand services attract more customers and provide greater value.

As far back as 2016, the Harvard Business Review reported that the on-demand economy was already attracting 22.4 million customers each year. It also accounted for approximately $57.6 billion in annual spending. Those are very substantial numbers when you consider that on-demand apps are fairly recent innovations.

It likely comes as no surprise that about half of the on-demand economy’s customers are millennials. Having grown up in the digital age, they appreciate the convenience that on-demand services provide, and they are less reluctant to embrace technological advances than some members of older generations. As Millennials and Gen-Zers continue to play an increasingly prominent role in the overall economy, it’s likely the value of on-demand products will grow substantially.

Additionally, the traditional on-demand app is accessed via a smartphone. This is yet another reason the on-demand economy is going to keep growing at a steady rate. According to Pew research, in 2011, merely 35% of Americans owned a smartphone. By 2019, that number had risen to 81%. Quite simply, as smartphones become more ubiquitous, the customer base for on-demand apps will become much larger than it already is.

Why consumers use on-demand apps

The rising popularity of on-demand apps shouldn’t come as a surprise. These products simply deliver genuine value to users by. Again, convenience is one of the key benefits they offer. Whether someone is ordering a meal, scheduling a cab ride, or contacting a plumber, being able to complete routine tasks via an app is much easier than looking up a company’s number and calling directly.

With a simple app, a user doesn’t need to worry about a bad connection or the line being busy. They can merely grab their phone, tap a few buttons, and continue going about their day with virtually no interruption. That’s clearly more appealing than wasting time with unnecessary calls and processes.

This added convenience also allows for increased efficiency. That’s vital in today’s world. For example, consider the fact that the average office worker will receive 121 emails every single day. That clearly places a major demand on a person’s time. Thus, people need to find ways to save time however they can. Using on-demand apps to complete various tasks helps in this capacity.

This is particularly true when users work from home. If a freelancer working from home needs to buy groceries, without a grocery delivery app, they would have to travel to the store directly to complete this errand. That deprives them of time that could be spent working. Depending on where they live, it could also put regular wear-and-tear on their vehicle. The costs will add up over time. However, with an on-demand app, they can schedule a grocery delivery whenever they choose, allowing them to focus on their work throughout the day and maximize their productivity.

It’s also worth noting that on-demand apps have the potential to improve the overall quality of various services. This is simply thanks to increased competition. If someone wants to order lunch the traditional way, they might try to save time by calling the restaurant whose number and menu they can remember off the top of their head. On the other hand, if they open up a food delivery app to find a range of options in their area, all of which are easy to order from, they may be more selective. Businesses must respond to this development by working harder to satisfy their customers.

These are all key reasons people have embraced on-demand services enthusiastically in recent years. They are also reasons this trend is unlikely to slow down anytime soon.

Don’t overlook the fact that on-demand apps are relatively new products. Although they’ve grown in popularity very quickly, we are still essentially in the early stages of the on-demand economy revolution. Noteworthy developments are likely to continue occurring in the near future.

First, on-demand apps will consistently expand to new sectors and industries. They will no longer be used merely to order food or schedule a ride. For instance, the rise of mHealth products is ushering in an age where patients can take advantage of various healthcare services via on-demand apps. The ability to easily schedule an appointment with one’s doctor using an app is obviously helpful to people with limited mobility. Thanks to these apps, doctors may actually start making house calls again, reporting directly to patients when they make appointments.

RELATED: Read more about healthcare innovations that are fueled by artificial intelligence, including mHealth options including remote clinic visits and more.

That’s just one example. In general, as on-demand apps continue to demonstrate their value in numerous industries, they will continue to disrupt additional industries.

These shifts will also likely yield an increased demand for on-demand apps that offer B2B services. This is in fact a trend which is already developing. Several startups currently aim to break into the on-demand economy via the B2B route. They offer a range of services, including handling car washes for busy employees, addressing basic legal tasks when small businesses can’t justify hiring an attorney, sipping products for companies that have inconsistent shipping needs, catering events, and much more.

Those examples of course merely represent the very early stages of this trend. However, they indicate that there are still plenty of niches to be filled in the on-demand economy. Budding entrepreneurs who worry they can’t think of an on-demand app idea that would provide value to the average consumer can instead pivot to serving businesses. Because major companies have much more money to spend than individual users, this would potentially be a smart financial decision.

This will simply be a natural response to user demand. According to a recent study, the average consumer wants to have numerous payment options when making any purchase. It’s easy to understand why. Different people simply prefer to pay for services via different methods and accounts. Some would like money to be immediately withdrawn from their checking account. Others want to avoid overspending by keeping a separate digital wallet with a certain amount of funds in it. Others prefer to pay for services via credit cards.

These are all factors to keep in mind if you’re thinking about developing your own on-demand app. They’re also important to consider if you own any type of business. Once again, the rise of the on-demand economy is not a trend you can ignore.

These services are going to continue disrupting more and more industries in the next few years. Businesses that proactively adjust to these shifts are far more likely to thrive than those that fail to grow with the times.

The market for on-demand apps will continue to grow, so make sure you're prepared. Find the best mobile app analytics solutions for your needs today – only on G2. 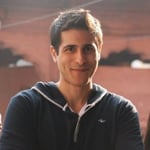 Prior to founding Blue Label Labs in 2009, Bobby was a Program Manager at Microsoft within the Servers & Tools division. At Blue Label Labs, Bobby’s role as CEO entails providing strategic and technical oversight for all apps they produce. He graduated from the University of Waterloo with a BS in Mathematics and Computer Science and completed his MBA at Columbia Business School. He also loves crepes. 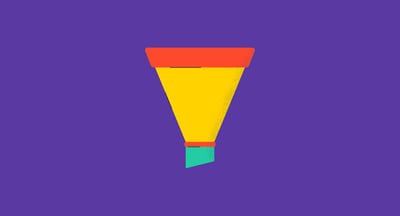 How to Attract Qualified Leads With Demand Generation

Everyone wants to be noticed, and brands are no different.

If you work in marketing, chances are you’ve heard these terms used interchangeably.

One of the ever-existing challenges for businesses is demand generation. 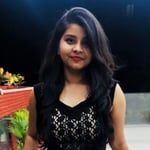 How to Attract Qualified Leads With Demand Generation

Everyone wants to be noticed, and brands are no different.

If you work in marketing, chances are you’ve heard these terms used interchangeably.