Have you ever lent money to a friend and fallen into a sticky situation asking for the money back?

You could’ve sworn you handed them a $20 bill at the cash-only bar, but they only sent you $10 via an app later that day. By now, the happy hour margaritas have gotten to your head, and you can’t remember the amount you lent to them in the first place.

Had you and your pal signed a written lending agreement, there would be no confusion over the amount or the time you expected payment back from them. You could even try to charge them interest. Although that might not be a great way to sustain a friendship, it is what businesses do on a larger scale when it comes to financing through notes payable.

What are notes payable?

A note payable is a written agreement between two parties specifying the amount of money the one party is borrowing from the other, the interest rate it will pay, and the date when the full amount is due.

A written agreement between two parties stating that one will pay the other back at a later date.

The written document itself a type of promissory note, or legal document in which one party promises to pay another. This makes it a form of debt financing somewhere in between an IOU and a loan in terms of written formality. 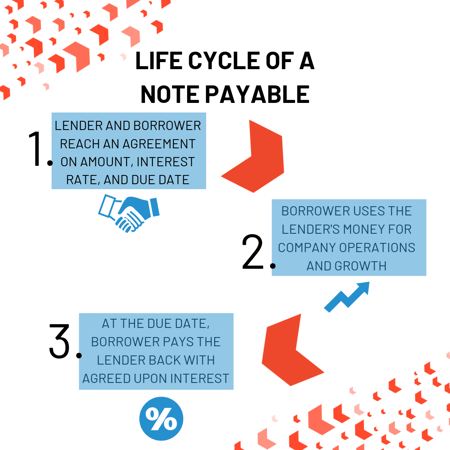 Notes payable are oftentimes confused with accounts payable, and while they are both technically company debt, they are different categories. We can think of accounts payable as very short-term debts the company might owe as payment for goods or services from another party. They are typically paid off within the span of a month, whereas notes payable could have terms as long as several years.

Notes payable are a popular way to finance a brand new company. For a small business or a startup, notes payable may be a way to get off the ground, even if they’re just borrowing a small amount of money. You might even want to use them in your personal finances. After all, nobody wants to end a friendship over a margarita.

Keep track of what you spend and owe with budgeting and forecasting software. It will not only keep your business healthy, but put your own mind at ease, too. 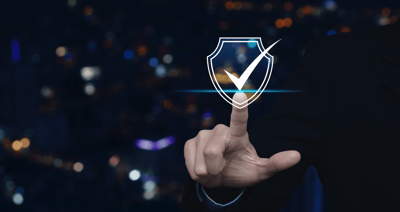