The boom in wearable tech, especially smartwatches, is hard to ignore.

In fact, advertising agencies are now scrambling to create mobile marketing software campaigns centered around this technology. According to a report by Juniper Research, spending on smartwatch advertising is set to increase to almost $70 million by 2019.

The year 2017 is gearing up to be huge for new smartwatch releases. The long-awaited Android Wear 2.0 is set to unveil, and there is likely to be a follow-up to the Samsung Gear S3 and the Apple Watch Series 2. Fitbit is also expected to bring out a smartwatch that goes a few steps further than just fitness tracking alone.

Also known as the fourth screen (after TV, computers and mobile phones), smartwatches have somewhat of an interesting advantage over mobile phones. Mobile phones may be with the user at all times of the day, but smartwatches get even closer to users physically and are more readily accessible when it comes to display ads.

Despite their wearability and convenience, smartwatches have significantly smaller screens and reduced capabilities in comparison to mobile phones. As a result, advertisers will need to deliver ads that are highly targeted to a wearer's location, their current activity and their consumer behavior. Highly targeted ads designed for the smartwatch may not deliver singing, dancing, interactive ads, but when delivered in the right place at the right time and directly to the wearer's wrist, they can be highly effective.

This hyper-targeting of ads can work in a number of effective ways. For example, a watch could advertise a particular snack right after exercising or tell the wearer when they are close to a restaurant where a friend has recently checked in. Discounts are also easy to deliver to a smaller screen, either through a discount code or scannable a barcode.

The Juniper Research report also noted that wearable users would spend less time checking their smartwatch than their smartphone, which advertisers would need to consider when designing a campaign.

In addition to delivering information, smartwatches can be a great way for advertisers to react to meaningful data. The Internet of Things is making more and more biotechnology available to smartwatches, including sensors that collect real-time data such as movements, pulse, skin temperature and blood pressure. Advertisers can even determine when a user wakes up based on the data collected. Breakfast juice and cereal manufacturers rejoice!

Knowing the best time to interact with a user could be highly effective for many brands who need to connect with users at the right moment. However, it's also important not to make ads annoying or creepy. No user wants to feel like they're being stalked, but they will appreciate that brands are on their side, whether it's to keep them motivated or to tell them of a great discount they might otherwise miss.

The future looks bright for mobile advertising on smartwatches. The worldwide wearables market is projected to grow to approximately 155.7 million units by 2019. It's an exciting time for ad agencies that want to get in on a booming market that could bring them closer, quite literally, to consumer's hearts. 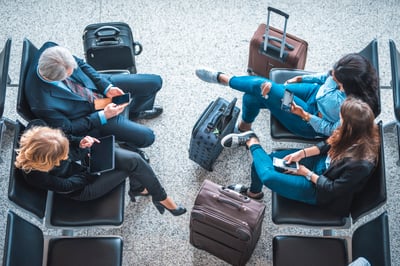 What is a TMC (Travel Management Company)?

Business travel is a trillion dollar industry. With all of the money that is spent on travel... 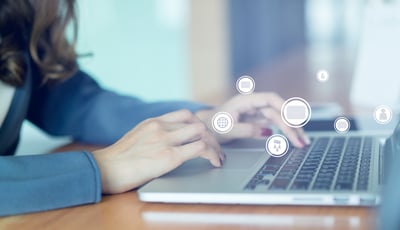 The instantaneous click. The quick browse. The purchase. An email marketer’s dream. 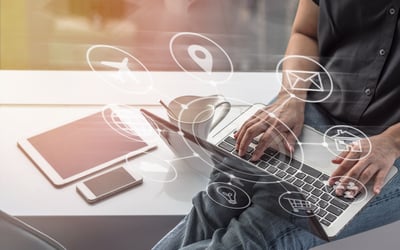 What Is Email Automation? (+How to Use It Effectively)

As a marketer, you want to communicate your brand’s messaging in the most efficient,...

What is a TMC (Travel Management Company)?

Business travel is a trillion dollar industry. With all of the money that is spent on travel...

The instantaneous click. The quick browse. The purchase. An email marketer’s dream.