The hopscotch of realities.

So, you have an important gathering at home and need some groceries. As you reach the grocery store, you realize you forgot the list. Without the list, shopping seems impossible – but your mixed reality glasses have your back.

The glasses give a visual projection of the list, along with directions to where each item is located in the store. A packet of tikka masala from your favorite brand stands out, while the color of the rest gets desaturated. This makes your overall shopping experience fun, easy, and fast.

Welcome to the world of mixed reality.

Mixed reality is a recent innovation that has marked an inevitable change across business facets. Used in conjunction with augmented reality visualization software, it can craft head-turning product visuals through mobile or wearable devices.

What is mixed reality?

Mixed reality (MR) is a hybrid of augmented reality and augmented virtuality where virtual objects interact with real-life objects in your physical space. Whether you have a computer screen to consume mixed reality content or not, you can still hold virtual calls and interact in 3D over important subjects from any time, anywhere.

Ok, this sounds very similar to augmented reality, so what's the difference?

Examples of mixed reality are Instagram or Snapchat filters, virtual makeup applications, and virtual furniture fitting. Highlighting the essence of the natural world and promoting a digital environment with eye-catching visuals has made mixed reality a perfect tool for marketing and information delivery.

Also known as augmented reality 2.0, mixed reality is facilitated by some cutting-edge techniques which make it unique and unforgettable.

How does mixed reality work?

To create a mixed reality experience, you don’t have to worry about physical constraints or obstacles, but need cloud computing and artificial intelligence.

An MR device is powered by advanced AI sensors, cameras, graphical computational power (GPU), and processors, like graphic cards and core chips, to process and store data in three dimensions. The more equipped a device is, the better the mixed reality experience. Examples can be smart glasses, gloves, body suits, or your good-old smartphone.

MR devices can connect users to a wired or wireless computer, console, or PC to access software. The software can add, clone, or move virtual objects around you to create immersions.

Tip: Here are some initial components that an MR solution needs to track for a perfect mixed reality experience.

In addition to this, advanced input sensing and software development kits (SDKs) are pivotal to creating authentic MR experiences.

If, at any given moment, the input sensing ceases to work, the sense of immersion breaks. This complexity of MR technology is a testament to the undisrupted immersive experience it builds for users.

The 1994 research paper titled "A Taxonomy of Mixed Reality Visual Displays" mentioned mixed reality for the first time. Popularly defined as one of the components of the “virtuality continuum”, it met AR and VR experiences somewhere in the middle of the ground to create a blend.

The researchers of this paper, Paul Milgram and Fumio Kishino, looked at mixed reality as a combination of visual displays that elevate real and virtual environments in a way that every element communicates with each other.

The real world is on the far left, where nothing is digital. A completely virtual environment is on the far right, where everything is computer generated. Mixed reality lies between augmented and virtual reality, where digital and physical worlds collide to create an immersive platform combining motion capture with artificial creations.

A great example of immersive devices is Meta Quest 2 or Samsung Gear VR.

Use cases of mixed reality

MR empowers you to connect with anyone, regardless of where you are or whether you have a computer available or not. Being a recent innovation, organizations are still testing out their use cases and applications for their business operations.

Startups from diverse segments are looking to scale their returns on investments (ROIs) by transitioning into immersive tech. The recent growth of mixed reality has encouraged businesses to use it to expand their marketing campaigns.

Mixed reality has an extensive use case in product advertisement and marketing as it gives a hands-free product experience to the customers. Using MR headsets, consumers can experiment and interact virtually with a company’s products or services before paying.

There’s a big advantage of using mixed reality technology in schools and other educational applications, such as seminars or lectures.

This video went viral when it first came out in 2016. The lifelike whale bursts through the gym floor. See how the water pools on the ground, just as it would in real life. That makes MR special: the digital object (water) interacting believably with the physical world (floor).

Nearly every industry can adopt mixed reality into employee training and staff management processes. Companies like DHL, Xerox, and IBM empower their employees with MR/VR-based training and upskilling program simulations.

With mixed reality, employees can connect and collaborate with mentors in real-time to receive training and save valuable time. Driven by runtime AI, these interactions are platform-independent and let both the learner and trainer visualize and understand different processes that go into the training module.

The obvious shock factor of this type of technology can leave an audience in awe, but there are so many aspects of events and entertainment that could benefit from MR tech.

The Weather Channel has started to use mixed reality technology on their programs to give viewers a more realistic understanding of the current conditions and offer guidance on protecting themselves in case of dangerous weather.

MR is a new wave in technology, so its entertainment applications are a little unusual. For example, Angry Birds First Person Slingshot is an MR gaming experience that uses Magic Leap headsets to superimpose birds into your surroundings.

MR simulations create a hologram effect of real human body parts. Hovering a mobile device over a targeted area creates 3D interactive models of organs to understand their functioning. It has also become a powerful tool for training medical professionals, students, and remotely operating field medics. In radiology, surgeons can use MR-powered X-ray vision to see through a patient's skin and identify blood vessels and bones.

Mixed reality can be extremely effective to implement during critical surgeries, and can even save lives. 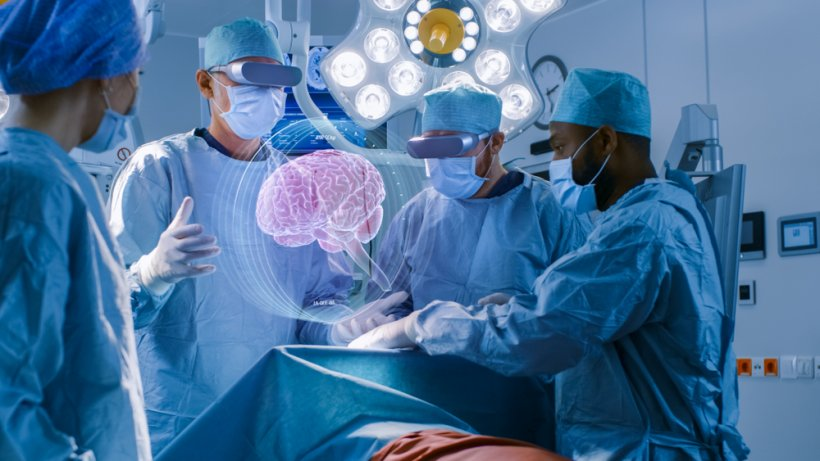 Headsets aren’t new, but the possible applications for them are almost endless these days. They map the surrounding physical environment to create a digital display. You could, for instance, move furniture around in a room without ever lifting anything. 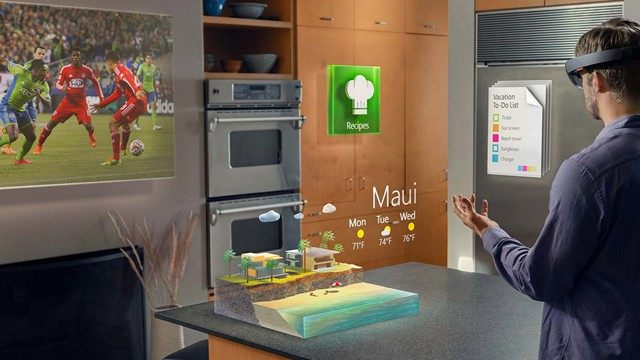 This example of MR technology shows digital apps pinned to places that make the most sense. Think about having a to-do list on your fridge and a recipe app next to your oven. This tech takes multitasking to the next level!

Mixed reality in construction or engineering

You can use MR to conceptualize building structures in many forms without traveling long distances for site visits. Whether the pillar markings are off or the parapet is short, whether the paint doesn’t suit or the plywood needs to be changed, mixed reality gives an insight into everything.

Mixed reality teleports production or manufacturing plants directly into your company’s space. You can oversee assembly lines, inventory, and supply levels from the office. MR acts as a vehicle that lets you and your team monitor and test production processes without actually having to be in close proximity to it. 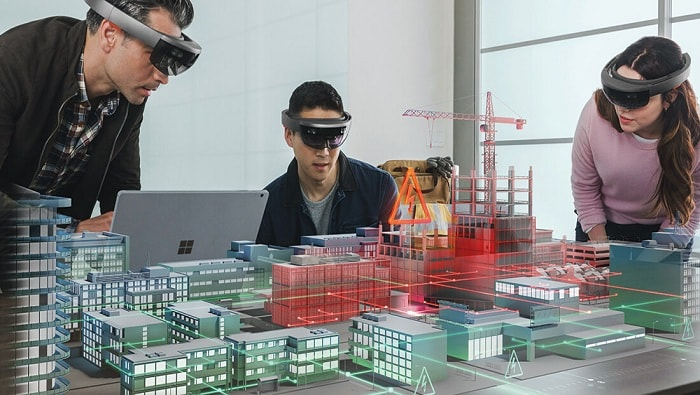 Video calls are a great way to communicate with someone not in the room with you. Well, with MR, they actually can be with you (kind of). Mixed reality video conferencing allows you can move the ‘screen’ around and interact in new ways.

With this technology, the person on the other end of the call doesn’t need a headset to take part. They can even draw on their screens to convey what they are trying to say, which will place holograms over physical objects in your view.

Did you know? Microsoft Windows mixed reality portal is a part of Windows 10 and 11. Through its flagship HoloLens, it provides unique access to live sports and entertainment and connects with others in the ultimate high-octane VR gaming experience.

Advancements in immersive mixed reality technology have opened up new avenues for both commercial and non-commercial sectors. Ideas that were once devised as sci-fi movies have slowly and gradually drifted into reality.

Let’s discuss just a few of the benefits we get from MR.

As mixed reality has been adopted only recently, companies are still investing money in deeper research to see how they can use it as a part of their business funnel.

Mixed reality is driven by immersive technology and artificial intelligence, two standalone digital technologies that themselves haven’t been widely implemented. MR requires exceptional talent, and the process of creating 3D content is expensive, time-consuming, and hardware-intensive. Let’s look closely at some challenges we face in standardizing mixed reality.

AR, VR, and MR fall under the same umbrella term of extended reality (XR). Despite the parity in the degree of immersions created by each of them, there is a possible relationship that makes them the epicenter of immersive tech. 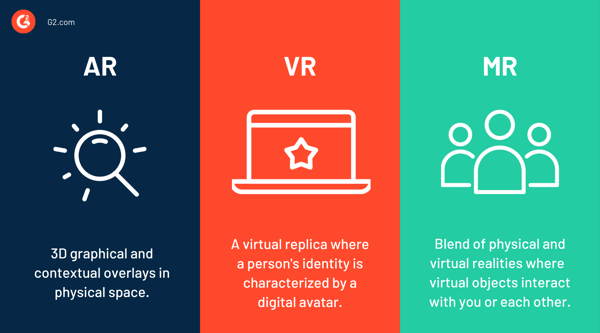 Augmented reality overlays digital content in a real-world scenario to educate, entertain, and immerse people. It is a way to augment a user’s sense of perception. AR experiences are mainly supplemented with AR headsets, controllers, input devices, and gyroscopes. Examples can be Pokémon Go and Snap AR.

Virtual reality is a complete virtual replica of reality, representing every real element through a digital avatar. The fundamental concept behind the metaverse, virtual reality mainly focuses on cross-border virtual communication and social connections.

Mixed reality is a hybrid of augmented and virtual reality where 3D objects interact with the physical environment and people.

Mixed reality can also create deceptive visuals in the user’s environment, making it hard to distinguish what’s real and computer-generated. It’s a recent innovation bound to gain immense traction in the coming years as more people rely on cloud networks and immersive gadgetry for communication.

Mixed reality has surely set humankind on an ambitious journey to explore more about the universe.

It’s just getting started, but a glimpse so far has had a drastic impact on people and their mindsets. In the coming years, we’ll get to see how everyone uses mixed reality in unison to work, play, and communicate their ideas.

Generate exceptional immersive experiences and stay ahead of the marketing race. Build, test, and run customized ar applications on your platform with AR SDK. 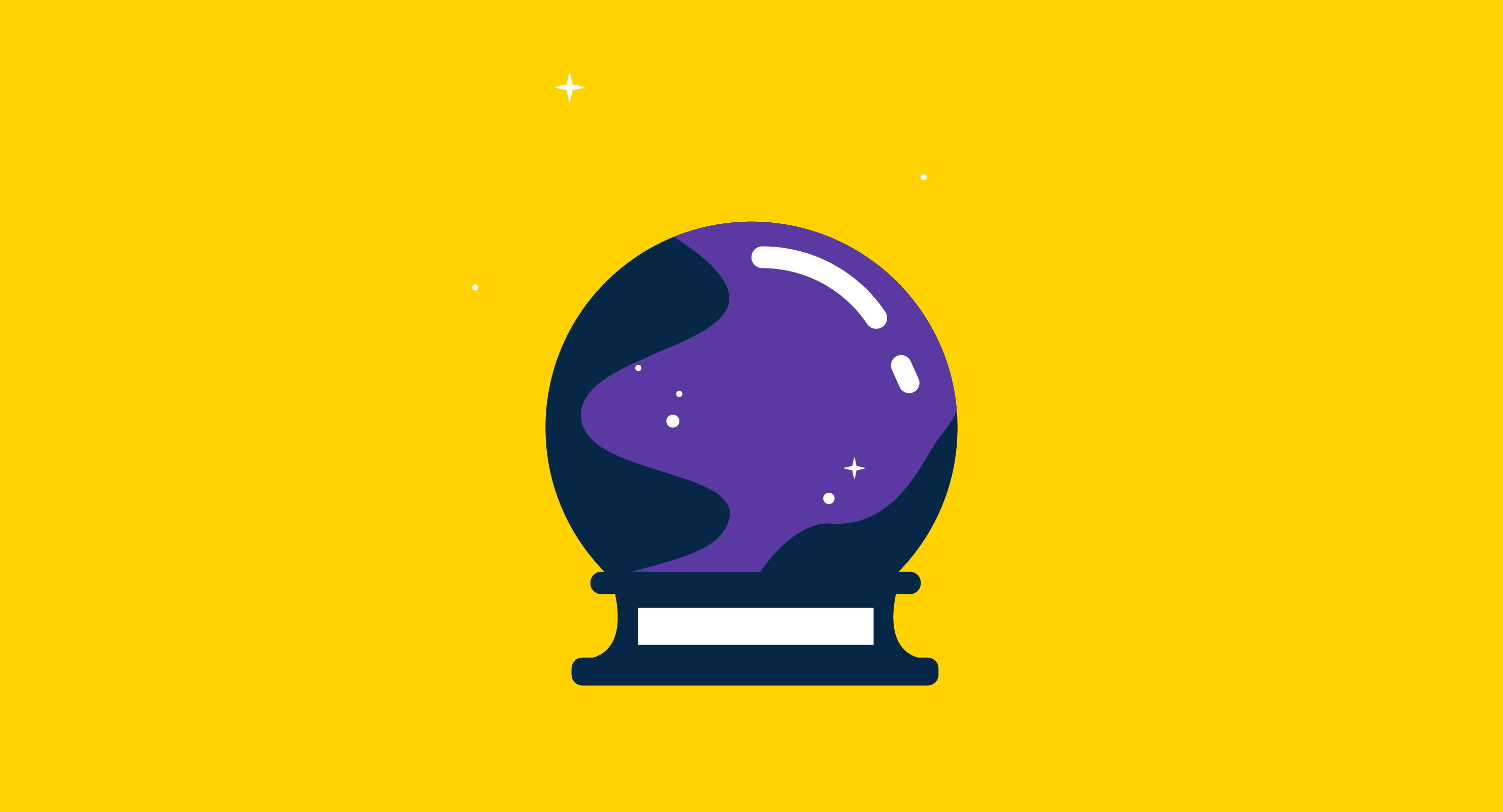 The time is now! 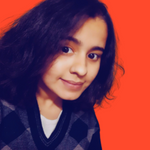 Shreya is a Content Marketing Specialist at G2. Graduated in 2017 with a major in Computer Applications, she is now an experienced content developer with a demonstrated sales and marketing background. Driven by targets and willingness to learn, she believes that learning is a way of success. When she's free, you can catch her reading crime fiction, watching documentaries or immersing herself in music.

The time is now! 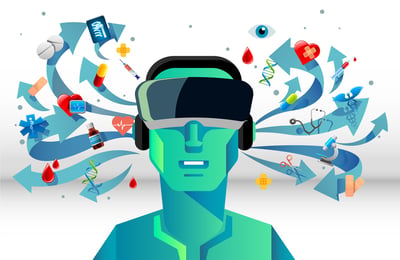 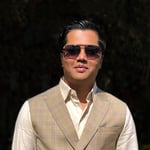 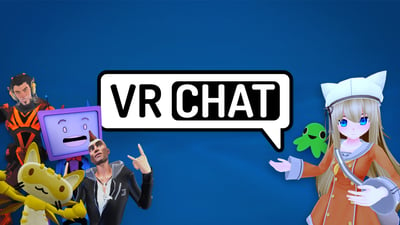