Influencer marketing surpassed the $1 billion mark on Instagram in mid-2017, and it shows no signs of slowing anytime soon.

While it’s most prevalent on Instagram, influencer marketing, or the process of engaging influential users to share a brand’s message with their audience, is used across the social media scene and beyond – even through other channels and mediums like television shows, YouTube videos, blogs, and magazines.

Influencer marketing has roots in tried-and-true tactics such as brand spokespersons (who were traditionally well-known celebrities), celebrity endorsements, and testimonials, which are still used to provide a measure of social proof (and, of course, influence). The digital world enables anyone to build a massive following and gain trust, negating the need for celebrity status to influence audiences. Thus, influencer marketing was born, and as the trend proliferated across social media, a new buzzword emerged: the micro influencer.

What is a micro influencer?

Micro influencers are defined as an individual who has a follower count between 2,000-50,000 on a specific social media channel, who curates content around a certain niche topic or market.

What makes a micro influencer valuable?

According to Gerardo A. Dada in an article for Forbes, a successful influencer has a few things going for them:

It’s the second point that really matters. There’s a common misconception that influencers have to be social media influencers – simply people with a massive social media following (or blog readership, subscriber count, etc.). Think about it this way: If you’re considering buying a new pair of running shoes, would you be more likely to trust a recommendation from a world-famous photographer or an Olympic athlete? On the other hand, you’d probably turn to said photographer when you’re in search of the perfect digital camera.

Just because an influencer is credible on one subject and has a large following doesn’t mean that their opinion about everything matters. While a large audience certainly helps, the key is having influence – the ability to change people’s perception of a brand or elicit a desired response, such as buying behavior. And that’s where micro influencers come in. Put simply:

Who are micro influencers?

Micro influencers are ordinary, everyday people like you and me. They might be experts in a particular topic or have a strong interest in a subject, and therefore engage in frequent communication about that subject. They’re credible and believable, which fosters a sense of trust among their followers. Unlike traditional influencers, most micro influencers don’t rely on influencer marketing as the sole source of their income, meaning they’re less likely to have a social media feed packed with sponsored posts, with the occasional authentic post mixed in. Instead, their posts are most often genuine, and even many of their past posts about brands or products were authentic – not paid for.

Some of these characteristics are difficult for traditional influencers to maintain as they amass millions of followers and participate in more influencer marketing campaigns. As sponsored posts start to drown out the authentic posts in an influencer’s feed, their audience’s trust may begin to fade.

Photographer and filmmaker Jesse Driftwood has 120,000 Instagram followers and has engaged in influencer marketing campaigns with Audible, Volvo, Porte Play, and other brands.

Jera Foster-Fell is a NYC creator and Adidas ambassador who has posted sponsored content for ONE Brands, the European Wax Center, and more.

Even dogs can be micro influencers! Mr. Boba Bear has engaged in influencer marketing campaigns with brands such as Kibbles ‘n Bits and Mirum Agency (promoting Pet Armor Plus), among others, all perfectly in-tune with the adorable pup’s niche audience.

Los Angeles Foodie Girl makes her niche in the great eats and travel spaces, sharing sponsored posts with her 31,600 followers from brands like United, Celebrity Cruises, and Have an Olive Day.

How can a micro influencer boost your brand?

As the number of followers increases, the like rate continues to decrease:

It’s not just the like rate that correlates with follower base; comment rate followed a similar pattern in the same survey, and the pattern holds true for sponsored posts, as well. The findings, according to Chen, suggest a sweet spot: influencers with between 10,000 and 100,000 followers offer the biggest impact – micro influencers.

Why do micro influencers have higher engagement? There are a few factors likely contributing to this effect. First, it’s unlikely that millions of followers are going to be highly engaged on one particular social media platform at any given time. An influencer with millions of followers most likely has at least a few thousand followers who are relatively inactive on the platform.

Second, there are typically sub-groups of followers who follow that influencer for different reasons. A portion of Kim Kardashian’s followers probably follow her to keep up with the latest fashions, while others want a glimpse into the Kardashian celebrity lifestyle (the exotic vacations, etc.). Others may be fans of the family’s reality show, but have little interest in hair, makeup, or fashion. So, if Kim posts about her favorite new mascara, that particular group of followers won’t have much interest and therefore won’t engage with the post. But a preview of an upcoming episode? An outtake of Kim chatting with her sisters about the latest family drama? Count them in!

Finally, micro influencers – those with fewer followers – are more likely to have only followers with a genuine interest in the influencer’s area of expertise (or, at the very least, the topics they post about most often). An up-and-coming chef may have a few thousand followers who have heard about his amazing dishes, and they all follow him for his cooking tips and recipes.

So, if our up-and-coming chef posts about his favorite jeans? Meh. That’s not why they’re there. But when he recommends his favorite cookware or the latest kitchen gadget he can’t live without, you better believe those few thousand followers are paying attention.

And that’s precisely the magic of micro influencer marketing. You could pay top dollar for a world-recognized celebrity to post about your brand, but 95% of their followers might not match your target audience. If they have no interest in your niche, it’s not worth reaching them. Select a micro influencer with a niche audience in line with your own to reach an audience that:

You’ll pay less for micro influencers, too – often much less. The average cost per branded Instagram post is about $250 with a micro influencer, compared to thousands of dollars per post with traditional influencers. A single post by a well-known celebrity can easily exceed $25,000. A video sponsorship on a YouTube channel with 7 million subscribers or more, will have you shelling out a cool $300,000.

How to find micro influencers in 2020

How do you find a few dozen micro influencers with a relevant, niche audience? First, you have to know your audience. Not just your audience’s demographics, but their social media habits and buying behavior. Where do they spend most of their time on social media? You’ll want to seek out micro influencers with a relevant audience on those platforms. Are they more likely to trust an unboxing video on YouTube or an Instagram post endorsing a product? Are they more likely to trust a recommendation from a like-minded peer or a more experienced authority on the subject?

One of the simplest ways to find micro influencers is among your brand’s own followers. Look at follower counts, or better yet, tap into your social media analytics to find out who is engaging most with your posts. Bonus: If they’re already a fan of your brand, they’ll be more willing to engage with you, and their posts will be more authentic. Plus, the relationship is already warm so there’s no cold-prospecting involved. You can also search through your competitors’ followers to find micro influencers with a relevant audience, although without the benefit of a prior relationship or established brand recognition.

Engage in social listening to uncover online conversations about your business, your brand, products or services, or niche brand-relevant topics. Don’t just monitor keywords, but hashtags, too. Once you’ve identified micro influencer prospects, the next step is determining their suitability for your brand and your audience:

As with traditional influencer marketing, you’ll also want to evaluate their character to rule out any past history or statements that are in conflict with your brand values.

CreatorIQ can help you overcome the shortcomings of traditional bio and vanity metrics searches when it comes to assessing micro influencers, such as vanity metrics skewed by engagement from friends and family. Traackr, another highly-rated influencer marketing tool, offers a variety of search capabilities to help you identify and qualify influencers based on reach, resonance, and relevance.

(G2 Crowd does not endorse any products listed in our content. Rather, we strive to use our real-time data to bring you transparent insights. The aforementioned products have been highly ranked by real users.)

In short, you can leverage the same tools that power your traditional influencer marketing campaign to find, engage, and manage micro influencers – you’re just looking for influencers with fewer, but more relevant, highly engaged audiences.

Influencer marketing emerged from the need to bypass traditional advertising channels and reach audiences with brand messages from people they trust. But as influencer marketing has taken the world by storm, a single post by a well-known celebrity is often well beyond the average brand’s budget. 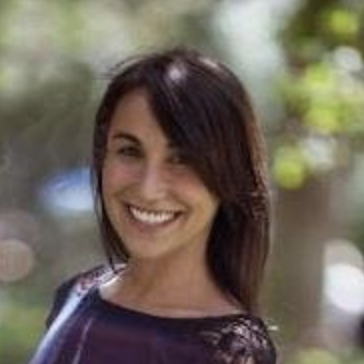 This is a guest post from Zoe Black, Senior Director of Marketing at ShareThis. 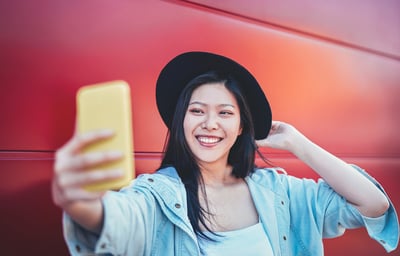 In our current social media era, influencer marketing is more prevalent than ever. 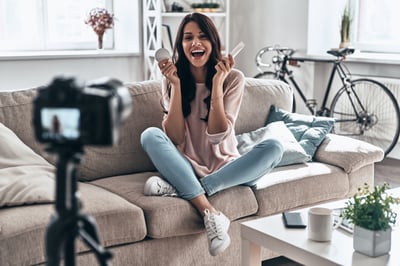 How to Find, Build, and Sustain Influencer Relationships

There’s no doubt that the relationship between influencer and audience is pivotal. 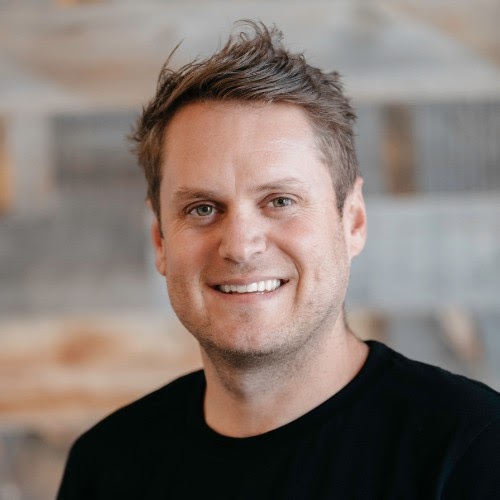 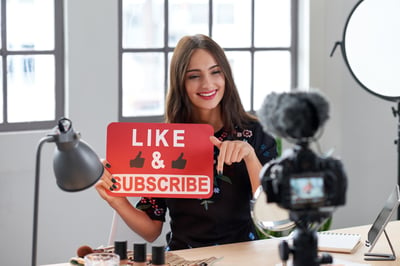 How to Create a Flawless Social Media Influencer Contract

Influencer marketing is one of the most successful marketing options used by brands worldwide. 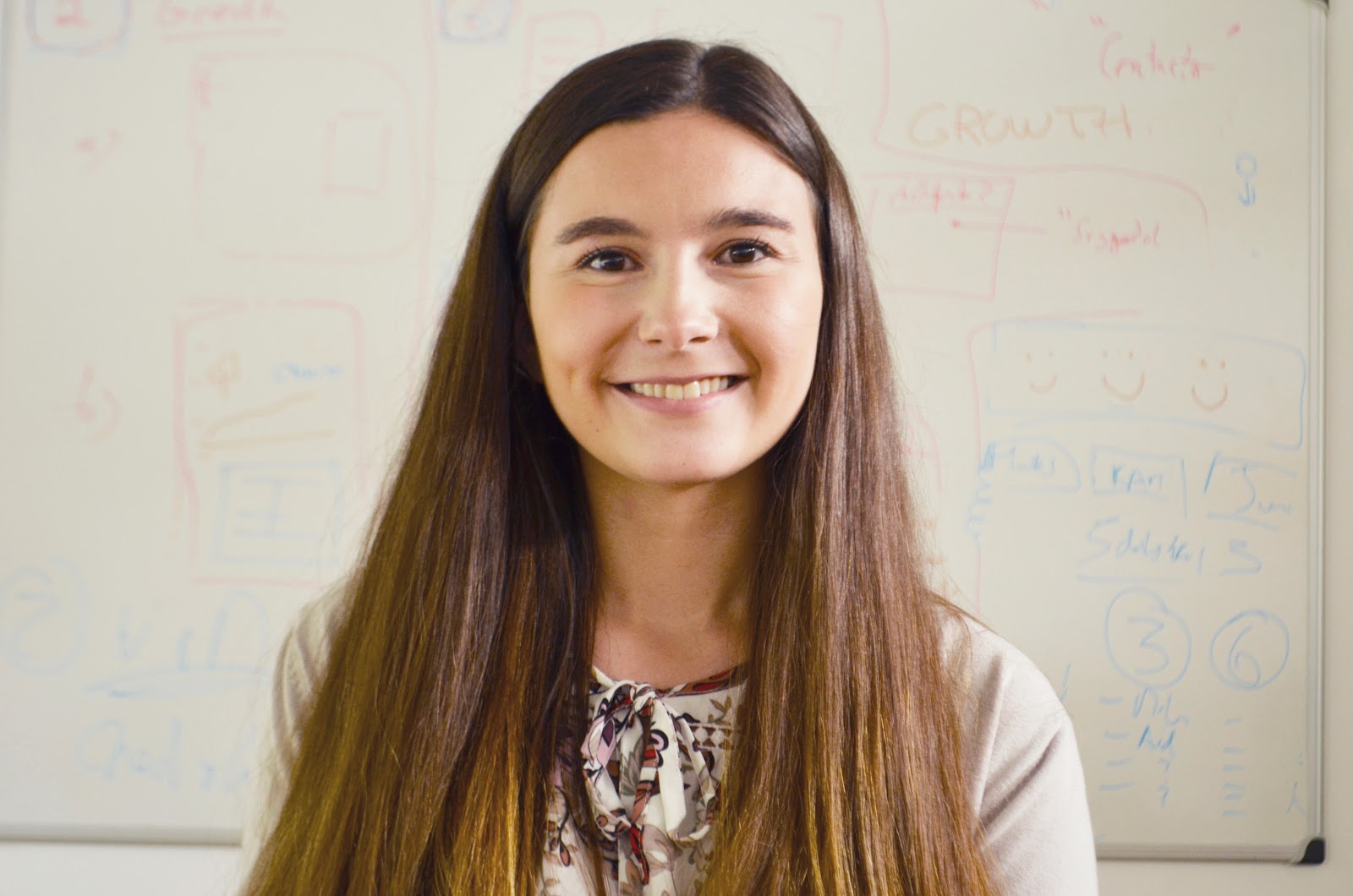 How to Find, Build, and Sustain Influencer Relationships

There’s no doubt that the relationship between influencer and audience is pivotal.

How to Create a Flawless Social Media Influencer Contract

Influencer marketing is one of the most successful marketing options used by brands worldwide.