If your office has decided to introduce a new messaging app to improve engagement across your team, you’re not alone.

But at what cost have they killed email? Have messaging apps made us more productive, or is it the same as it was before? Why have we chosen them over emails?

Businesses have their reasons and ways to use messaging apps. While some of them may still be convinced that emails are dead, productivity is increased, and team coordination has gotten better, is that what actually happened? Let’s discuss the ways messaging apps are costing workplace productivity.

They blur the line between work and life

A study explored that workers losing focus isn’t necessarily their fault. In fact, it notes: “Workers aren’t always to blame for distractions,” it said. It went on to say that this new class of business apps mimics the instant messaging apps that people already use in their personal lives.

Another study about Slack showed that people spend an average of 10 hours a day on the app, which is 67 percent more than the average time spent on email. These apps maintain a constant presence throughout the workday, and often before and after work as well, further blurring the line between a proper work-life balance.

App interfaces are more chatty, casual, and fun over email

Open Slack and their GreetBot may greet you. You can add social media to Slack or even find a new way for your team to connect. Slack even has “Social & Fun”' apps as part of its apps directory. These apps are built to bring the human connection to the workday.

The concept of starring the people you talk to the most and them staying at the top of your list makes it incredibly easy to start a new conversation. While the functions these apps offer might not be different from what email offers, these apps make them look undeniably good with friendly interfaces, reliability, strong search function, and even better speed.

We just prefer the infinite chatty one-line messages to an overflowing inbox. Which one is better is still debatable.

They encourage real-time communication and multitasking

In a SlideShare presentation, a product manager told how work performance fluctuates with and without messaging apps' interference.

While you can always drop in and out of chat channels in these messaging apps used at your workplace, if you are a member of a particularly active channel, you might as well spend all day there. Goofing off on Slack is really fun. Many of us try to retrieve time by multitasking. But multitasking doesn’t work.

With too much communication and connection being the agenda of these messaging apps, you may also read through the scroll channels that are devoted to hobbies or snacks. However, wasn’t the overall idea to improve workplace collaboration and become productive?

These apps did not really replace email

They reduced it. An article notes that asynchronicity and openness are email’s secret weapons. Most of the companies still use multiple apps to manage work. While a messaging app is in place to improve communication across teams, along with these apps, teams use Trello to manage projects, email is still there for client communication, Dropbox is there for file management, and the list goes on.

While a productivity platform should be something you use less than the thing you used before, keeping up with too many tools, too many emails, too many meetings, and too many messages is becoming a thing. While a team chat app was supposed to help you work, it is making it impossible to get work done as it has become just one more demand on your time.

Why do businesses use messaging apps to streamline communication?

Fewer emails, faster communication, easier project management and coordination -- all of these are what these messaging apps promise and also what businesses come looking for when they choose to use one. Let’s break this down.

As random as that may sound, people ‘know’ about these apps. The more I talk with fellow managers, the more it is evident that they do not think of messaging apps as a necessity but as something everyone is bound to use and be inclusive.

With Microsoft Teams unveiling their first TV commercial during the Sunday’s NFL playoffs this year, their competition with Slack, another messaging app, has been tense lately. Microsoft Teams is being used actively by 20 million people daily compared to Slack’s 12 million (which still is a huge number). IBM recently picked Slack over Microsoft Teams for its 350,000 employees. It’s even reported that 91 companies from Fortune 100 are already using Microsoft Teams.

Thanks to all the marketing material available, these apps have earned word-of-mouth enthusiasm. One cannot simply ignore the charismatic copywriting. The FOMO is real. Many businesses, regardless of their size, management style, industry – whatever – can’t help but jump on the bandwagon.

It’s “cool office culture, available for instant download,” Slate declared five years ago, as the phenomenon was taking hold. The same article by Slate, also tells how an associate editor at The Frisky campaigned for her coworkers to get on Slack “solely out of jealousy.” “There was a definite sense of missing out not being on Slack. Like, being able to work-chat isn’t enough now. Slack itself has become a character.”

Apps fulfill what the majority of professionals want

Millennials became the largest segment in the U.S. workforce in 2016. They also are the most studied generation of all time. A study by Fairygodboss based on 200 in-depth interviews with “high potential” millennials found that millennial employees are interested in 4 things and “more communication”, unsurprisingly, is one of them. The study says that millennials value real-time two-way communication because it facilitates transparency into issues and problems.

Research by Gallup says: “Millennials are first-generation digital natives who feel at home on the Internet.” It also says that they are the least engaged generation in the workforce with 85 percent of them accessing the Internet from their phones. Messaging apps used in the workplace allow them to check their phones all the time. Emojis and zings become part of employee relationships and engagement. And with 55 percent of millennials feeling not engaged and 16 percent of them feeling actively disengaged, messaging apps make them feel super important as they are to work with the idea of “never turn off”.

In short, when it comes to the importance of engaging millennials in the workforce, employers look on the bright side and think what millennials want may be to the benefit of all employees and thus, it’s better to embrace their work ethic.

According to research from IDC, these types of “team collaborative apps” are part of what’s a $3.5 billion global market. A blessing in disguise, these apps became necessary to keep organizations running smoothly, as work increasingly moved remote and global.

In 2012, McKinsey said that workplace communication technologies have the potential to increase employee productivity by 25 percent. According to this study, the average interaction worker spends an estimated 28 percent of the workweek managing email and nearly 20 percent looking for internal information or tracking down colleagues who can help with specific tasks.

The study figured people would be able to easier and quicker achieve what they wanted using a new workplace software. That’s what might have happened to an extent, but other problems had risen, too.

The right approach for real productivity

Any app that you choose to use can help you be productive, provided it is used responsibly. Email was supposed to simplify the way we work and help us become productive at the beginning. Only over the time did it get to be exploited and misused.

Use the following tips to "get out of the labyrinth":

The experience with these apps is so immersive that we often think of it as the sole way to increase productivity. But it’s recommended to look for other ways to boost workplace productivity too, such as adding plants to breathe some life into an otherwise dull office space.

As these apps are known to blur the line between work and life, it’s better to replace them with task management apps that help in increasing productivity the right way. Not only are such apps focussed on every phase of work from planning, collaboration, organization to reporting, they also help draw a line between discussions that are work-oriented and the casual ones. Unlike team chat apps, task management apps have it balanced.

Task management software doesn't encourage constant interruptions and the constant need for inclusion, while they make everything visual with boards, charts, and reports. Having a dedicated place for specific work replaces brimmed inboxes with all types of requests, too long threads and difficult to understand plans to which people replied all. Task management apps while having easy-to-use interfaces, do not have the chatty interfaces that the messaging apps have and do not mimic the apps that we use in our personal lives.

How you choose to use a team chat app at your workplace is also a personal decision. If you think it’s too many distractions, just turn off the notifications. Maybe it’s not a technology problem, it could also be a boundary problem. Ask if your actions contribute to your overall job goals. Then, communicate your boundaries to your colleagues and stick to them.

To think that messaging apps make you productive is a folly. However, it can be solved using the right tools – and most importantly, using them at the right time.

Vartika Kashyap is the CMO at ProofHub and has been one of the LinkedIn Top Voices in 2018. Her articles are inspired by office situations and work-related events. She likes to write about productivity, team building, work culture, leadership, entrepreneurship among others and contributing to a better workplace is what makes her click. 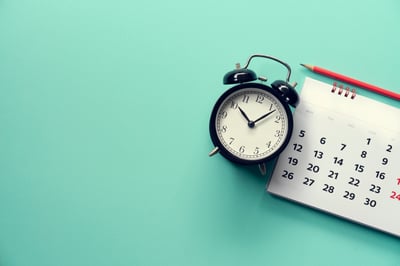 What Is Time Blocking? A Beginner's Guide

No matter how well we try to plan our day, be more productive, and simply get more done, time... 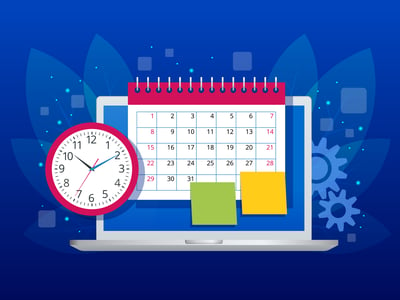 2 Ways to Sync Google Calendar with Outlook on Windows

Have you ever written something down to remember it, and then forgotten where you wrote it?

Want to Know How to Be More Productive? Go to Sleep. Really.

For many, "being productive" is at odds with getting a good night's rest. Here's why you won't... 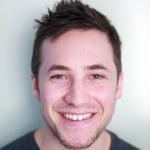 What Is Time Blocking? A Beginner's Guide

No matter how well we try to plan our day, be more productive, and simply get more done, time...

Want to Know How to Be More Productive? Go to Sleep. Really.

For many, "being productive" is at odds with getting a good night's rest. Here's why you won't...