If enough people join together who are dedicated to making a change in a big way, then a movement happens.

We can look back historically on movements so epic that they completely altered America as we knew it. But for as many movements that have dedicated pages in our history books, there are smaller-scale movements that make impacts in communities and groups big and small that turn heads and pave new and exciting paths.

The fact of the matter is that a movement is absolutely nothing without the people who support it, but it’s up to the leader of the group to foster a positive environment so that those people will want to devote themselves to it.

But what does it take? If you’re curious as to how one can rally a network of supporters so big that a movement ensues, then it’s best to call on someone who has impressively done so with the help of the ever-evolving digital age.

At G2’s first-ever conference, Reach, Melissa Hartwig Urban, Whole30 Co-Founder & CEO and New York Times bestselling author, explained exactly how she started an epic movement in the health community by following her passion and being authentically herself.

Whole30 is the epitome of authentic branding

Brand authenticity is an element of business that every single consumer wants to experience when engaging with a company. In fact, when a company is perceived as authentic, it’s significantly more popular and profitable than the general competition that might have a faceless persona or questionable motives.

Authentic branding is rooted in positive values and morals that hold strong and true no matter how many external factors try to sway the company in a different direction.

Whether it be with a person or brand, the fact of the matter is that humans look for openness, respect, and meaningful connections with every single relationship they attempt to build. Without these elements, a relationship has no ground to stand on and will have a very difficult time growing.

These candid qualities were the catalyst for Melissa Hartwig Urban’s success in creating a movement with her brand, Whole30.

But she didn’t do it alone.

“Every good idea I’ve ever had has come as a result from listening to my community,'' said Melissa.

By opening up, learning, and collaborating with her group of supporters, Whole30 became an authentic community that grew quickly through the backing of those within it.

The foundation of Whole30 is built on transparency, empowerment, and honesty. The mega-popular diet plan would not be where it is today without the community it was able to cultivate thanks to those values. 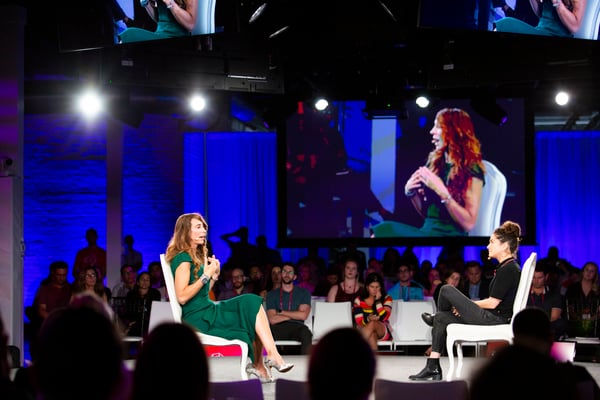 Customer service is happening in the DMs

One of the biggest pieces of true authenticity is genuine care toward others, especially to those raw feelings and emotions.

As technology advances, it’s becoming alarmingly more apparent that people want to communicate with real people when reaching out to customer service to seek out answers, resolve issues, or even just to voice concerns and share praise. Technology is missing the emotional aspect that people need. Melissa knows all of this to be true, but she likes to take it a step further with her customers.

What Melissa does is she responds to every single tweet, comment, Instagram DM, and email she receives (or at least does her very best to do so). She stated that it’s the key to a winning customer service strategy.

Reading between the lines of comments, reviews, and emails has allowed Melissa to truly understand not just what her customers have to say about Whole30, but who they are as people. Understanding her customers’ relationships with Whole30 in relation to all of the different aspects of each of their lives has allowed Melissa to understand the emotions and true feelings she needs to better tailor her brand to the people who matter most to it.

Now you might be thinking, there is no way that Melissa Hartwig Urban has the time or patience to actually respond to her customers on a regular basis.

You would be wrong.

The G2 team was able to experience her strategy first-hand when she responded to every single one of the team’s tweets and Instagram DMs. 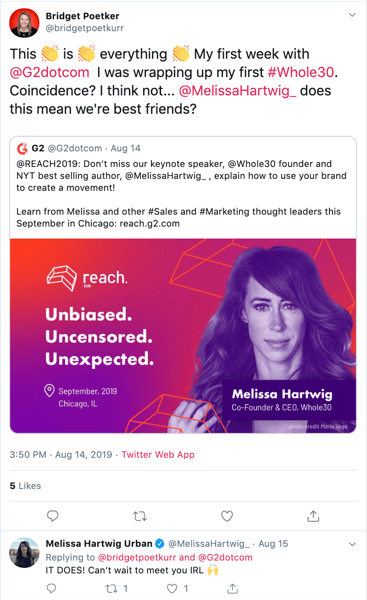 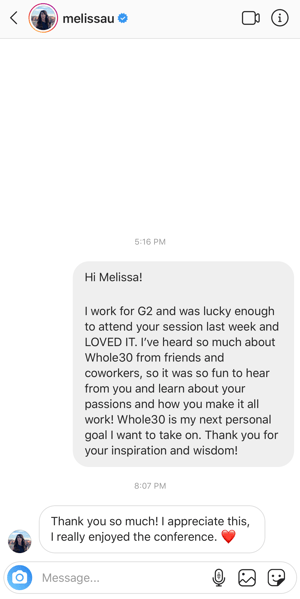 And that wasn’t just for show! Take a look at her Instagram engagement with her followers: 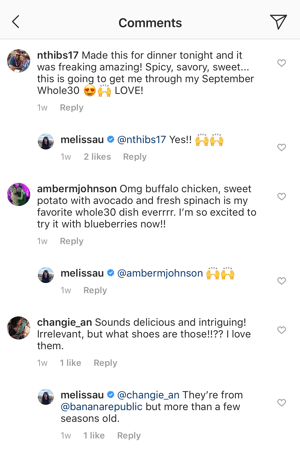 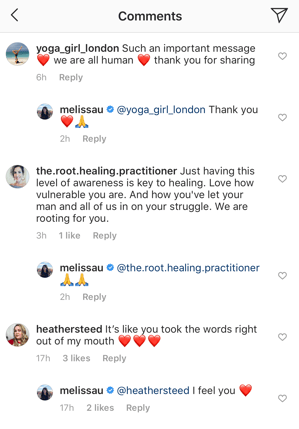 Melissa goes above and beyond with her community. She makes them feel heard, respected, and appreciated.

How Whole30 created a movement

So, how exactly did Whole30 become a household name? Take a look at the four key elements Whole30 Co-Founder and CEO used to create a health movement. What you’ll notice is that is has a lot to do with her authenticity along her journey.

A very unconventional practice especially at the time: Melissa gave everything away for free. Her training guides, meal plans, advice, and more. Everything was free for those who wanted to join in on her experiences. Being transparent allowed her community to trust her, proving that there are no hidden strings attached.

As any business grows, marketing and advertising opportunities became available. Some of the best money-making opportunities that can help your business might not necessarily be the best for your customers and their experience with your brand. For years, Whole30 didn't have any sort of advertising on its website because Melissa didn't want to ruin the trust that she worked so hard to build within her community.

2. Perfection is not possible, so show up as yourself

Melissa can recount a point in her career where she felt that there were two sides to her. The Whole30 Melissa and her true self. The stress of keeping up an unrealistic persona got to her and she had a breakdown at a live session. Enough was enough for her; she decided to start being authentically herself. She realized that the woman deep down was good enough and she made peace with it.

3. Don’t sell yourself out

As the age of influencers grew, Melissa grew with it. She was offered and accepted brand deals and partnerships that she definitely wasn’t proud of, and her followers called her out on it. She accepted the criticism, was transparent, and apologized. Her new rule now is to ask herself: “Does this feel gross?” If it does, and it doesn't align with her values and her brand, she will not accept.

4. Allow your community to support each other without you

Melissa started her community on the basis of trust and support. By vocalizing her pain points, struggles, and vulnerable elements of her life to her blog allowed her followers to learn very quickly. She fostered an environment for her then small group of followers to partake in a judge-free zone, and it flourished from there. She set the tone very early on and her community followed suit.

Don't talk the talk if you can't walk the walk

Melissa Hartwig Urban proves that being authentic matters most to her loyal community of supporters. It’s what catapulted her brand from just a diet program to an empowering health and wellness movement that reaches worldwide.

Hannah is a former content marketing associate at G2. She graduated from the University of Missouri with a degree in Journalism. In her free time, Hannah enjoys running with her dog, Teddy, traveling to new and exciting places, and capturing the beautiful places she travels to with her DSLR camera. (she/her/hers) 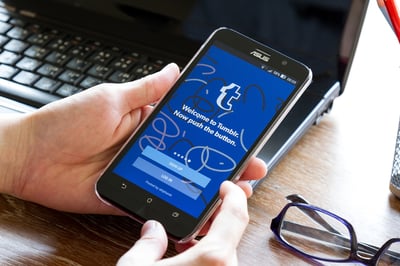 How to Log out of Tumblr (On Desktop + Mobile)

Have you been logged into Tumblr for so long that you don’t know how to log out?

How To Write a Memo That Employees Will Actually Read (+Template)

It is easy to use the wrong method to share important business information. 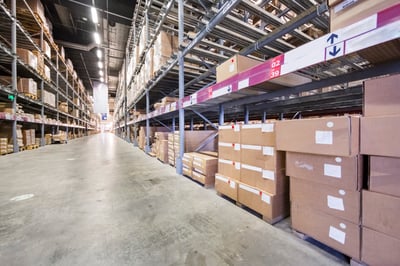 Running a business is never easy, and when you're selling wholesale – especially when you're... 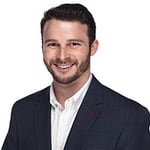 How To Write a Memo That Employees Will Actually Read (+Template)

It is easy to use the wrong method to share important business information.

Running a business is never easy, and when you're selling wholesale – especially when you're...