In just nine months we’ve grown from a team of eight to a team of 30, and we’re still hiring.

On track to have just shy of 50 people within the next three months. The growth our team experienced over the past year has been staggering. Shortly after announcing our Series C funding in October 2018, we sat down and crafted a plan to more than double users and reviews.

The big secret behind G2’s million-review milestone has been the members of our Outreach team—the folks responsible for all things users and reviews. When that funding came a year ago, our eight-person team had already done a lot to establish our own culture, build the core of our user and review generation engine, and set up the processes needed to support a growing user community. Starting the year as a small but scrappy group, we knew we needed more help.

You can’t go from eight to 30 without a lot of planning. Before hiring anyone new, we had to ensure the current team was structured so that it could scale functionally and globally. One of the most valuable lessons I’ve learned at G2 is knowing when to reorganize a team and form new, specialized functions designed to scale. I’ve been at G2 for four years, and I’ve experienced just as many reorganizations within my team. In the past year alone, we went from having two teams in Chicago, to four spread across the world.

Hiring the number of people we did across several different roles, teams, and countries was no easy feat. Our plan of attack relied heavily on aligning hiring criteria and expectations with clear job descriptions while also expanding our hiring team to involve more people who would be working alongside the new members. This helped us balance workload and diversify the perspectives we were gathering, while still ensuring we were making quality hires. It was also a great opportunity for people of all skill levels to participate in the hiring process.

Embracing the new Bangalore office was critical to our successful hiring strategy and achieving the elusive million review mark. With the new India location, we were able to expand our talent pool and subsequently rely on new local team members to help develop our email and ad messaging.

It’s been incredible to have a team with a strong cultural understanding in a country we’ve seen a lot of user and review growth from. We’ve also been able to transition many functions for which we once relied on contractors to G2 team members, giving those roles more exposure to the rest of the team and better access to internal tools and training.

As we prepared to welcome so many new faces, our next challenge was to rework our approach to onboarding and role training.

Up to this point, we relied heavily on new employees having access to the more tenured team members for training and questions. With an office across the world, the speed we needed to onboard people, and the sheer number of new hires, this strategy was no longer a viable option. We put our heads together and came up with a better method that included a clear training matrix, 30/60/90 day plans for every role, and updated training materials that included written and video components.

Given the difficult time difference between our Chicago and Bangalore offices, we felt that the development of video trainings allowed team members in both locations to get a better sense of each other, even if they had not yet met.

The lessons that came with hiring and onboarding were only part of a larger communication challenge we needed to overcome. How could we make sure everyone on the team felt connected with so little face-time?

We created a “one team” mentality regardless of a member’s location or role. We made small changes like adjusting team meeting times and ensuring we were keeping video streams on our calls whenever possible. We also focused on the relationships between team members regardless of their office early on, especially with the folks we knew we wouldn't see face to face very often.

With so much rapid change, there was one aspect of our team we fought hard to keep exactly as it was. The culture on Outreach has taken a lot of work to cultivate and has developed into something incredibly special. We created an environment that encourages new ideas and candid feedback, places ownership in the hands of each team member, and instills a sense of belonging for everyone. A lot of things had to change to get us to this milestone of one million reviews, but one thing stayed the same; we always looked forward to getting there together.

With everything we did to make our growth possible this year, we were fortunate to work in an environment where rapidly growing a team isn’t too absurd. Being able to lean on and look to other teams who have experienced similar growth as examples was crucial to our success.

Thanks to amazing recruiters, a strong core team, and some incredible new faces, we’ve more than tripled our team to accomplish this huge milestone. Here’s to the next million!

Jed is a northern Minnesota and Wisconsin native. He comes to G2 from UW-Milwaukee with a degree in Journalism and a passion for digital media. Jed is a lover of cheese as well as a runner (because of the cheese). He ran his first full marathon last year and has completed a total of five half marathons over the past couple of years. 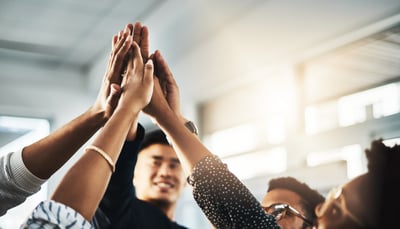 Most business leaders and HR professionals understand the importance of team morale. 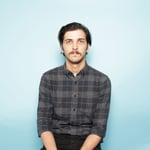 As technology makes it easier and easier for employees to work from home, coffee shops, and... 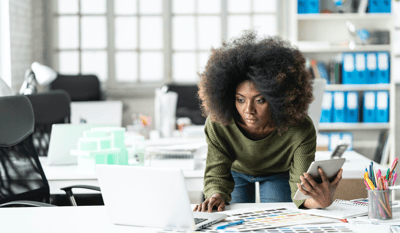 Most business leaders and HR professionals understand the importance of team morale.

As technology makes it easier and easier for employees to work from home, coffee shops, and...