A huge challenge that faces app developers today is saturation of the market.

More teams are pushing more products and this crowds the various app stores. So, how do you make your app or game stand out?

The secret is: you do not need to spend millions on app marketing and user acquisition.

6 ways to get more app users

In this article, we'll cover six (surprising) ways you can get more users for your application without paying to acquire them.

1. Get your app featured

It may sound difficult, but there are some things you can implement to improve your chances of being featured in an app store.

Did you know that two-thirds of all the apps shown on Apple’s “Today” tab were either paid or in-app purchases? The latter category had the lion’s share of featured slots, so this is something to consider during development.

It’s worth noting that apps fare better than games in this arena, with 70 percent of all features being for apps. Additionally, 46 percent of those purchases were some form of free application.

The most important thing to understand is that Apple and Google aren’t handing out featured slots to anyone. These are multi-billion dollar companies, and they want to ensure that featured apps are high in quality and have positive user feedback. Develop an app and experience that is worth the time of both the companies that run the store and the user to whom they are trying to appeal to.

Why being featured is useful

Being featured improves the visibility of your app, which means a massive jolt in your impressions count. This app store optimization (ASO) leads to a higher number of app downloads, and more installs boost your rank in the store, which again leads to more impressions. This cycle tends to feed itself: you get downloads, get featured, get more downloads, move up the charts, get more downloads. Check out these tools to help keep your ASO efforts organized.

As long as you handle the increased traffic responsibly, that merry-go-round can be immensely beneficial.

TIP: Follow the AppFollow guide on how to prepare for getting featured.

Have you ever used an app and seen that “please rate us” pop-up? That’s what this is. Rating requests help you get a higher app rating and set up communication with your users. Additionally, this is an excellent way to generate traffic on your app’s store page.

A lot of installs on the app will be done after users have checked the online customer reviews, especially if it’s a paid app. Ensuring that you have a good app rating and good user reviews is paramount to getting pushed up the list. It helps to be responsive to users here to help you build a loyal fanbase.

Not only do users pay more attention to a higher review count, but the store listings do too. Getting proper placement in these listings is a big deal and a step towards garnering more organic installs.

So much of the traffic you generate will come from these positive metrics. This is why it’s so important to get your community to participate and engage with you on this part of the platform.

Why rating requests are useful

A fair amount of users don’t think to rate and review your app unless it is exceptional. Sending these reminders allows you to convert installs into reviews and ratings, boosting your chart position and increasing your revenue.

The term “localization” refers not just to translation, but also the degree to which the translation is made accurate. It’s one thing to enter your text into Google Translate, but it’s another to hire a translator who turns it into something useful and culturally recognizable.

A lot of apps fail to appeal to international audiences, and the easiest way to do this is to ensure that your translated text is understandable. It also needs to feel natural in the other language as well as culturally appropriate. While we would not put polite words on the end of the pop-up text in English (i.e. sir or ma’am), it might be relevant to do so in Japanese, etc. An even more relevant example can be found right in our own language: the difference between “color” and “colour” for instance, when trying to appeal to a UK audience.

You also need to ensure that texts from your screenshots have been accurately translated for certain regions. There would be a weird disconnect between the screenshots and the translated description if they were in two different languages.

Take the time to check your logos. Find out which colors are considered more attractive in different countries or which colors may have unintended political affiliations.

Why localization is useful

Localizing your text, imagery, and color scheme helps your users feel like the experience they’re having has been tailored for them. Nothing feels culturally out of place, so they’re comfortable to browse and use your app. This prevents you from losing out to a similar app that might be better localized and therefore, contains a better user experience.

This is the best way to gain access to the international market. Increasing your demographic size increases potential revenue streams and establishes a strong brand presence.

Apple’s App Store currently has a carousel of six reviews with one facing the customer at a time. Meanwhile, the Google Play store displays four of them inline. Make sure you respond to these reviews and do everything you can to ensure that the “featured reviews” show a positive experience with your app.

This is your app’s first impression to new users. It is vital for you to engage with these reviews, especially if they happen to be negative. Users want to see that you care about the quality of your product and about the opinions of the people who use it. This is a great first step in how to market an app.

Keep up with them. It’s hard to know if a new review has been selected or if the review has changed, so check back at least once a month to see whether your response is needed.

If the reviews are positive, then they’re a good thing to have on your “digital doorway”. Respond to them anyway, especially if they contain questions. It will show your willingness to help, even if a user is just passing by your app page.

If the reviews are negative, you need to engage with them in a socially appropriate manner. Show your concern for the issues the users have brought forth and convince them that you’ll work on them. Addressing the concerns of negative reviews is already on our list, but it bears repeating and accentuating here.

Why featured reviews are useful

These featured reviews play into how users decide what apps to install. Detailed, positive reviews upfront are a free piece of marketing that can swing indecisive customers into installing your app over a competitor’s. It’s a game of taking every advantage that you can get, and this advantage is very customer-facing.

If you’ve got a negative review ratio of 10-15 percent, then you need to be on the ball with responses. Often, users who leave negative reviews will leave very little information and a 1-star rating. You can still leverage this by asking them for more details. Not all unhappy users will contact your support team, so the easiest way to get to the problem is by responding to reviews. Also, do not forget to inform the customer that you’ve fixed the issue as it often makes them reconsider their previous bad rating.

Users that are checking the reviews for your app might be dissuaded by a lot of negative feedback. It’s important to realize how effective your communication with these reviews can be and how it can sway opinions.

How responding to negative feedback is useful

Think of negative reviews as a way to improve your app, as well as address feature requests in your development. Users are always quick with criticisms and suggestions, so responding to these reviews is a great way to improve conversion rate.

As you improve your app and respond to the users whose review prompted those changes, it’s a normal thing for users to change their rating. The wave of 2- or 3-star ratings adjusted to 4- and 5-star ratings can tremendously improve your conversion rate. 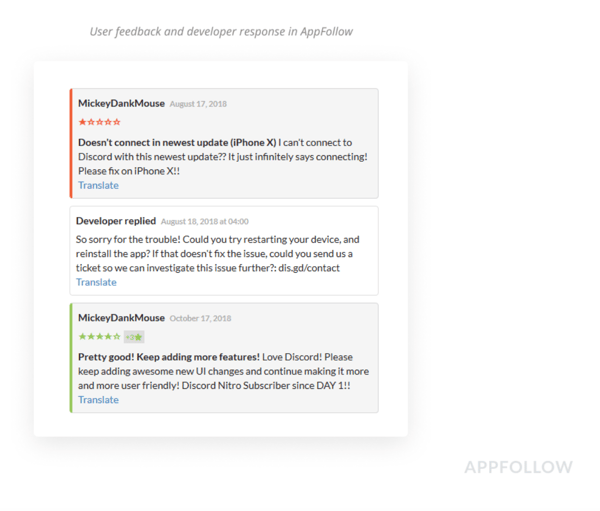 Engaging with negative reviews and attempting to fix the issues your app has will build customer loyalty. They’ll see that you respond to user comments, suggestions, and reports. In addition to reaffirming the already-satisfied customers, you get the chance to convert a negative review into a happy customer. The exact details of your reply are slightly less important than the attitude and appearance that you’re cultivating.

Set up the workflow to cover user feedback that matters. Check AppFollow strategies to start replying to app store reviews.

Retention is the name of the game. After all, you can’t upsell your users if they keep uninstalling your app before you get the chance.

Uninstalls are an unavoidable part of the industry. Sometimes the app isn’t the right fit for the user, other times catastrophic bugs ruin the user experience. It’s important to sniff out the causes of uninstalls and eliminate them when possible.

Negative reviews can often give you a great window into the problems with your app. Sometimes the interface is unintuitive, or a crash occurs. What matters is developing and deploying patches as soon as possible. It’s also helpful to respond to these negative reviews. Future users that encounter problems might be reassured by your presence in the discussions and stick with the app, trusting that it will be fixed.

Why decreasing the uninstall rate is useful

Uninstalls can lead to negative ratings and reviews, which reflects poorly on the app’s performance on the market. Be sure that you’re providing the services you claim to be in your product description. Also, make sure that you’re regularly releasing updates to fix bugs and issues that your users are having.

Being able to track down the reasons that users are fleeing your app can allow you to fix the problems.

Regular app monitoring will lead you to developing a better app, as you will be constantly aware of what your app and users are up to. Without daily attempts to make improvements or reach out to your users, you’ll be losing out to a hungry and fierce competition.

Do you have an idea for an app? Learn how you can make your first app with drag-and-drop app builder software. 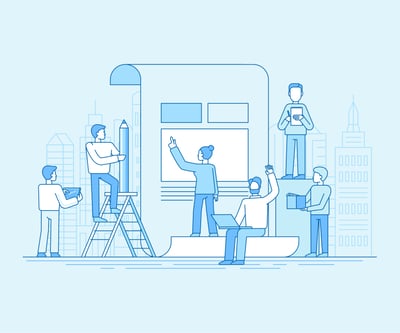 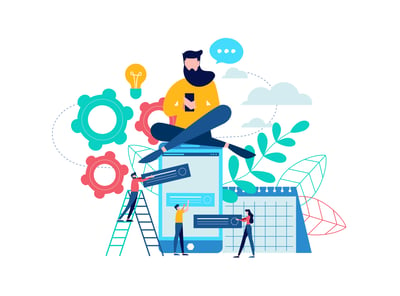 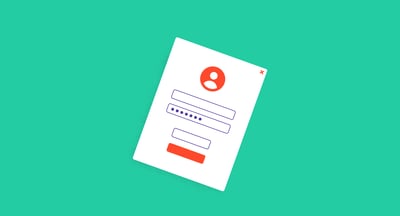