The only constant is change.

That much we know to be true, and true of the customer service industry, as well. Customer service is based entirely in communication, and the way we communicate has changed so much over even the past 10 years.

In 2008, I was in 8th grade and received my first cell phone: a Nokia flip phone that I was thrilled to learn also had a camera. Those tiny pictures and my 200 texts a month meant the world to me. They were my freedom, my opportunity to connect with people outside of who I was immediately with. I could not tell you where those pictures are today.

The world, in what feels like so little time, has seemingly flipped on its head. Where I once had QWERTY keyboards, I now have a screen that responds to touch. Two hundred text messages a month has evolved to unlimited data, including the possibility to email from my cellular, and call people across the globe to talk face-to-face.

Customer service is one of the few forms of intimate communication we engage in mostly with strangers. We get on the line with people we’ve never met to explain the frightening details of credit cards being stolen, or to plead with insurance agents to provide more coverage on a recent health scare. It’s called customer support because that is the desperate need of individuals around the world: support in trying times.

As methods of communication have evolved, so have our customer support channels. We know it’s not uncommon to see Delta Airlines reaching out publicly to a customer who complained on Twitter. When a chat window pops up on our favorite retailer’s website, we know it’s to answer any questions we may have about product, shipping, or the company in general.

We’ve begun to normalize the way customer service representatives have integrated themselves into the channels where we’re already communicating—through Instagram memes and over quick text messages. But all of this change begs the question: Where to next?

We discussed this briefly in our guide to customer service chapter six, the future of customer service. We can expect communications to become more automated as chat bots and voice recognition software become more intelligent and intuitive. But exactly when might this become the new normal, and how will it affect interactions and relationships?

The Future of Customer Service

The most pressing adjustment will probably be the appointment of digital and virtual assistants over human representatives. This doesn’t eradicate the human element of customer service, but rather removes your hard-working employees from the frontlines and allows them to handle queries after they’ve become more developed.

Imagine you have an agent on live chat who cannot proceed in helping a customer until they have a baseline understanding of their needs. Would you rather hire a person to host these mechanical interactions, or have a chat bot lead customers to an endpoint where human representatives can then pick up the ticket?

Many organizations have already adopted chat bots and digital assistants, and some would argue this is a reality as opposed to a future possibility. Consider, for example, how many families have invested in Alexas, Google Homes, and now HomePods. (For context, 31 million Alexa/Amazon Echo units were sold during the 2017 holiday season.) The idea of communicating with a digital persona is no longer just an idea for many, and especially for the generation growing up in these homes experiencing that as their norm.

Chat bots are still in their early stages but are expected to gain traction as they overcome issues such as data privacy concerns and inappropriate responses. Olivia Krauth for TechRepublic talked about the need for chat bots to improve their user experience, and better understand things like when to end conversations, and how to be more naturally conversational.

“Once bots overcome these obstacles, or at least make significant progress, their business appeal and usage may increase,” Krauth said. “While customer service and social media guidance leading chatbot adoption now, there are still other ways businesses can use bots.”

Businesses could jump on the chatbot train now, still considerably early (yet many have jumped on the Facebook chatbot train), and see some improvement in efficiency and business practices. Alternately, there seems to be no harm in waiting for chat bots to develop a bit more, straighten out a few of their kinks, and adapt the software once it’s been tested by more reputable organizations. Many tend to believe that chat bots must be combined with human agents to maximize customer care. Just like some people are purposefully slow to jump on the latest iteration of the iPhone, businesses probably have a few years before chat bots become a customer expectation.

Interactive voice response (IVR) with speech recognition software is a little more common to see deployed in current business strategies. Interactive voice response is the digital receptionist that can understand what customers are saying over the phone and send them on to the correct personnel. IVR software is commonly used in cable companies, drugstores, and any other industry with a high intake of incoming calls per day.

IVR itself has been around for a while, but the speech recognition feature is newer. Some IVR solutions also offer something called visual IVR, which, according to Business News Daily, “essentially moves the first part of the customer interaction from the phone (e.g., listening to a recording and pushing buttons) to a device like a smartphone or computer.”

Both IVR with voice recognition and visual IVR are more intense solutions for organizations that have more intense call centers. The traditional IVR, which navigates clients through conversations by having them press buttons, is still utilized by many. There may soon come a day where callers expect to be able to speak to their customer service attendant and be understood, but traditional IVR is currently still a viable solution.

A concern of many is that we’re taking the human elements out of customer service what with talk of digital retail experiences and virtual reality shopping, etc. It’s true, machines are enhancing the way we shop and do business, and machine learning software are getting to know us better every day. But when it gets down to the nitty gritty, the truly personal details of daily life, machines will never handle those scenarios the same way your human counterparts will. Machines may be enhancing the customer service industry, but they’re not eradicating it any time soon. 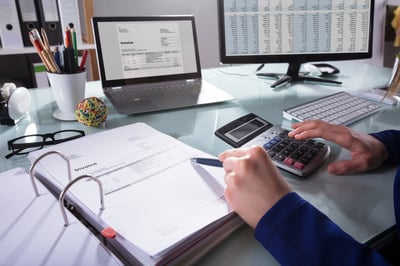 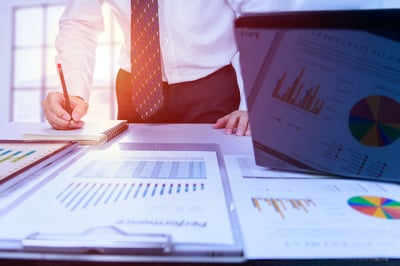 So you want to be a CPA? 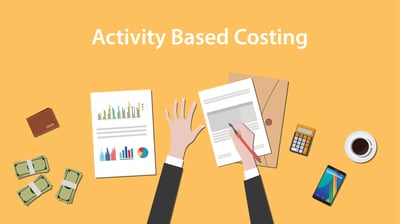 What Is Activity-Based Costing? Definition and Examples

When running a business, profits are everything.

So you want to be a CPA?