Leverage is a buzzword, but what does it really mean?

In a mechanical sense, leverage is “the exertion of force using a lever, or an object used as a lever.” In simple terms, it is using one thing to achieve another.

For example, Uber leverages supply and demand in order to fuel its business model. In 2019 fintech trends, European banks are leveraging data to innovate the industry. And, you can learn the basics of financial leverage in this article and leverage that knowledge to advance your career.

What is financial leverage?

Companies practice financial leverage when they use debt capital to purchase assets. While taking on debt means that a company will need to pay interest expenses, the assets acquired using that debt financing are expected to earn an amount of money greater than that interest expense.

Financial leverage is sometimes referred to as simply “leverage.” It can also be called “trading on equity” because when debt is leveraged to purchase profitable assets, the value of a company’s common stock shares goes up. 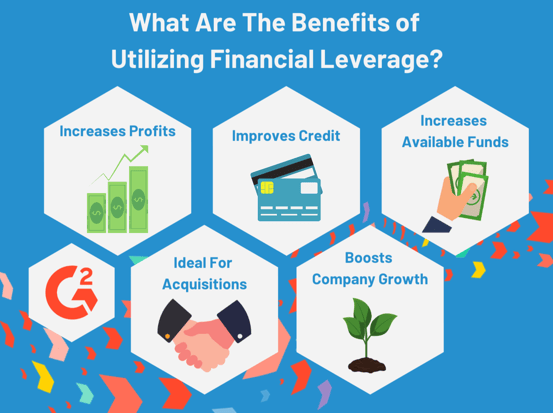 A company that is “highly leveraged” has most of its capital structure made up mostly of debt.

How do you interpret financial leverage?

Financial leverage is measured using leverage ratios and a company’s financial data found on its balance sheet, cash flow statement, or income statement. You can measure how much of a company’s capital structure and working capital (capital a business uses in its day-to-day operations) are made up of debt (and thus how much it is leveraging) using these ratio formulas.

How much leverage is too much?

Whether a company is leveraging too much (or not enough) is dependent on several factors, including the industry and age of the company. The most obvious indicator of too much leverage is an inability to pay off debts. If a company defaults on its lending agreements, it has leveraged too much debt.

Most companies don’t wait until it's too late to analyze financial leverage. By using the financial leverage ratio formulas or financial risk management software, companies make calculated decisions on whether or not to take on additional debt. In the long run, these methods help businesses generate value for shareholders by identifying good hedging opportunities and managing risks.

Higher risk is associated with a higher reward—there’s no getting around that. If you want profitable assets, you’re gonna have to risk leveraging some amount of debt. A highly leveraged company could still be perfectly viable and even ideal in its industry.

Companies are constantly using leverage in their operations. Let’s say that a swimming pool installation company wants to expand its business. How would they do that? They could hire more employees, purchase more efficient equipment, invest in advertising, etc. All of these actions have one thing in common: they cost money (or capital, in finance terms).

The swimming pool company wants to double its business in the next year but does not have enough retained earnings to actualize that goal. It decides to take out a business loan to finance the growth it would like to achieve.

Using debt financing from the loan, the company is able to hire two more employees, purchase top-of-the-line equipment, and contract a designer to create a billboard advertisement. The business owner predicts that if everything goes as planned, with these new assets the company will be able to install twice the number of swimming pools in the next year, doubling its profit while still paying interest on the debt.

The company could have continued its operations without leveraging debt to obtain those new assets, but its profit wouldn’t have doubled. Instead, it leveraged the loan money it borrowed to become a bigger, more profitable operation than it was before. 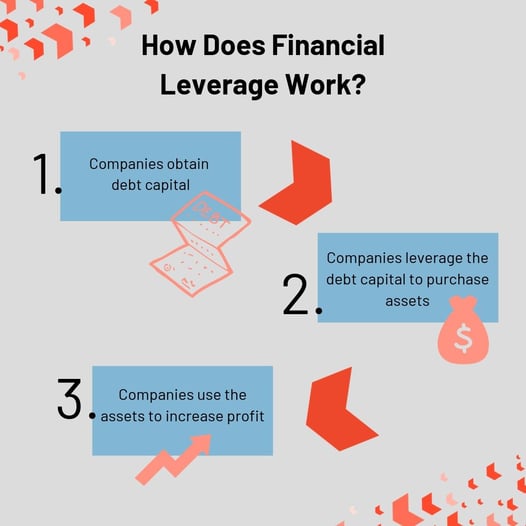 Depending on the size of the company, businesses will sometimes take on hundreds of thousands of dollars of debt in order to leverage it and purchase assets. While that might seem like risky business, it’s the name of the game for competing corporations looking to outgrow each other.

Wondering how much debt you can leverage? Learn how to calculate cost of debt in our resource. 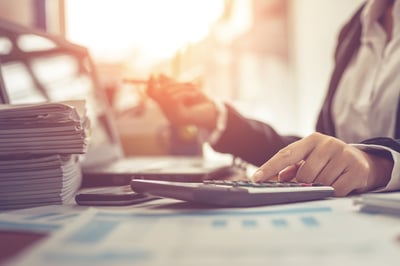 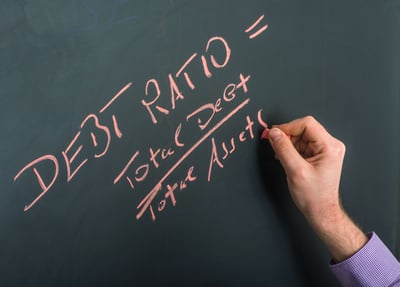 Debt Ratio: How to Find and Use it

Two millennials walk into a bar. 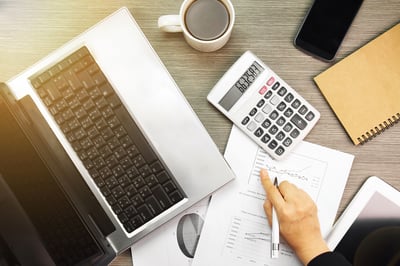 What Equity Ratio Means and How to Calculate It Easily

You walk into your office Monday morning and spy a colleague enjoying a powdered donut.

Debt Ratio: How to Find and Use it

Two millennials walk into a bar.