Who are they stealing from?

Graphic design has only been in existence since the 1950s, but since its birth, people have truly complexified the art of what is seemingly just putting together typography and graphics. Some designers are followers.

The giants in the world of graphic design are those who have taken risks, been innovative, and made an impact on the way we see things.

There are millions of people who call themselves graphic designers, but here are some that have really left their footprint on the metaphorical moon of the industry.

We’ve listed Rand first because not only is he an influencer of graphic design, but he’s considered the father of it. 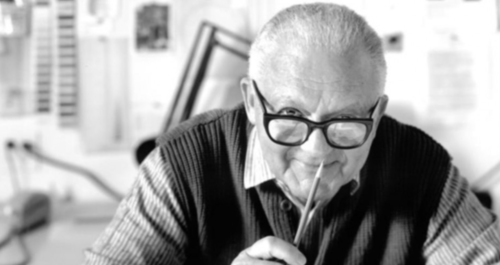 In 1947, Rand published his book titled Thoughts on Design which contained theories and beliefs that shaped the entire future of graphic design. One of his largest points was the ideology that graphic design should be a “functional-aesthetic perfection”. The balance between beauty and practicality was one that he believed should be executed in order to make something look good while getting the message across in an effective manner.

Rand taught graphic design at Yale University and designed the logos of IBM and ABC. He also pioneered the movement of Swiss Style graphic design, which focuses on cleanliness, readability, and visual hierarchy. 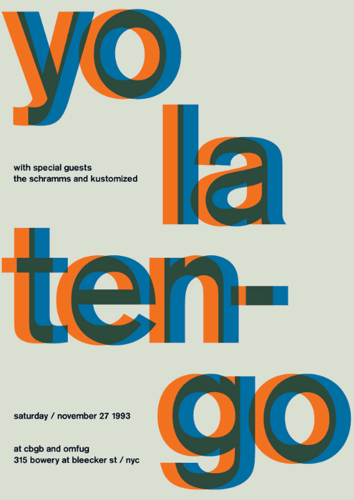 Overall, Rand is the designer that differentiated graphic design from fine art by stressing the importance of accessibility alongside aesthetic.

Ansel is an American graphic designer who became one of two art directors of Harper’s Bazaar, and the first female art director of The New York Times Magazine, House & Garden, Vanity Fair, and Vogue all in one lifetime. For over 40 years, Ansel has worked with artists, photographers, and illustrators alike. You might have heard of some of them: Andy Warhol or Annie Leibovitz ring a bell? 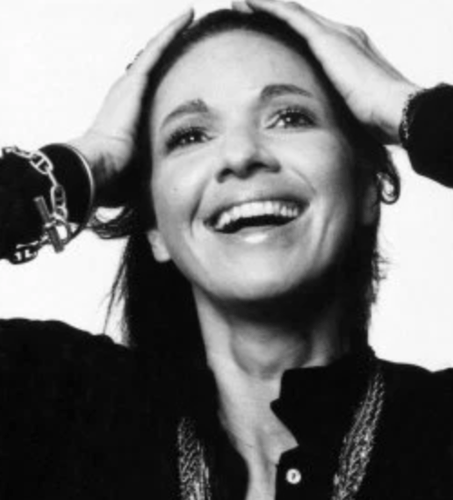 In other words, she’s a legend.

With so much experience, you’d think she’d have published some general guidelines for how others can follow in her footsteps. The closest thing we get is from her interview with AIGA in which she discusses the four rules she always follows when designing magazine layouts: provoke, inform, entertain, and inspire. 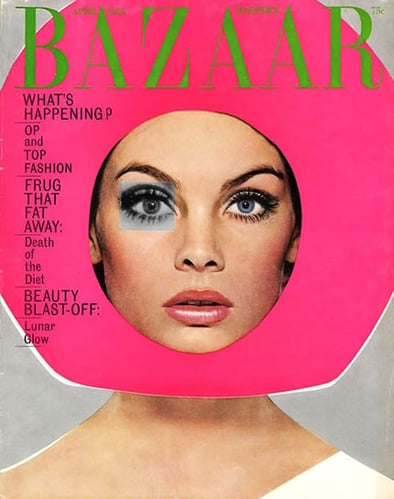 This guy needs no introduction. 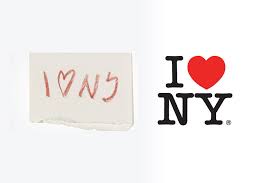 Glaser designed one of the most recognizable logos in the back of a taxi (see above). He founded New York Magazine. His art has been featured in Georges Pompidou in Paris and the Museum of Modern Art. He is the first graphic designer to be presented with the National Medal of the Arts by the United States government – the highest award for artists and art patrons. Glaser has been teaching at the School of Visual Arts for over half of a century.

It’s no surprise he’s one of the biggest names in the industry.

Moross is a London-based graphic designer art director. While the above inspirations have been around for a while, Moross had made a name for themselves at only 26. Now 33, award-winning Moross has a list of clients including names like Nike, Vogue, and Ray Ban. 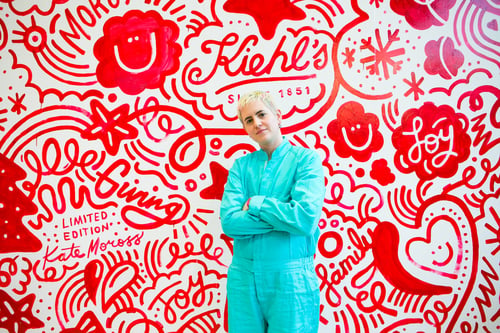 Moross used near-illegible typography and bold color to claim their space in the world of graphic design. In 2012, Moross founded their own studio – Studio Moross.

Moross is sure to keep busy. While the studio focuses on branding and commercial projects, they’ve also found themselves working on music videos, solo shows, and attending lectures as a guest speaker on a topic they know all too well: how to make a name for yourself in the competitive world that design has become.

Bass was one of those people that had an opportunity, took it, and rode it out for the remainder of his career. When he was asked to design a poster for the 1954 movie Carmen Jones, the design was so impressive that the directors asked him to design the movie credits as well. This was the end of Bass’s life as an advertiser as he knew it, and the beginning of his life as a graphic designer. 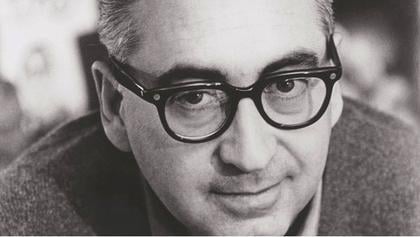 Bass distinguished himself as a designer in Hollywood by implementing kinetic typography into movie titles and closing credits. Kinetic typography is the process of animating text to express ideas. He used this technique on a multitude of movies including Vertigo, Psycho, and The Shining.

If that’s not enough for you, the designer who introduced kinetic typography to Hollywood is the same designer who created logos for Kleenex, Girl Scouts, Dixie cups, and Quaker Oats. Although some of these designs have gone through a logo evolution, they remain tied to their Bass roots. 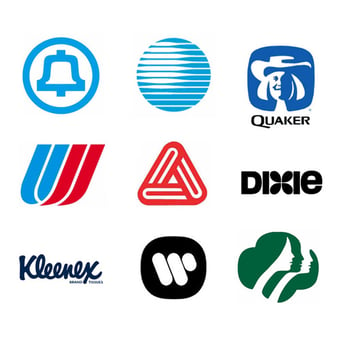 Kidd is an author, editor and graphic designer, best known for his book cover designs. Beginning at Knopf publishing house, he’s designed around 75 book covers a year since 1986.

Kidd is still employed at Knopf and is also the art director for Random House and supervises the comic book cover designs for Pantheon. He’s designed for Donna Tartt, Dean Koontz, and David Sedaris. Neurologist and author Oliver Sacks even has a clause in his contract stating that Kidd must be the exclusive designer for his book covers.

Although he says he’s largely against the idea that the cover is what sells the book, he believes that visual representation is needed. And Kidd definitely delivers.

Davidson is the creator of one of the most iconic logos of all time: the Nike swoosh.

Her story is a classic: one of the founders of Nike, Phil Knight, approached Davidson, then a graphic design student, to design a logo for a shoe that “had something to do with movement”.

Davidson came up with five drafts, Knight picked one, and Davidson was paid $35. For a priceless logo.

The story doesn’t end there, thankfully (although that’s where a lot of people like to end it).

When Nike went public in 1983, Knight gave Davidson up to 500 shares of stock along with custom Nike Swoosh chocolate and a gold Swoosh ring. Davidson retired in 2000, but this story never will. It’s a reminder for women who work in creative fields not to undersell themselves, believe in themselves, and ask for what they deserve. 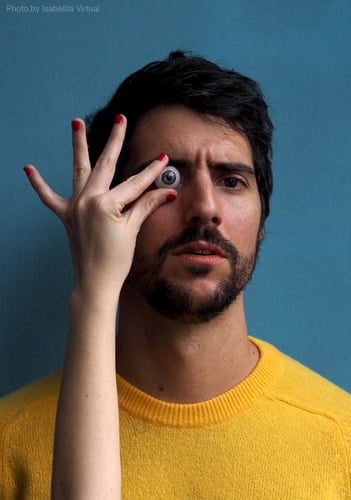 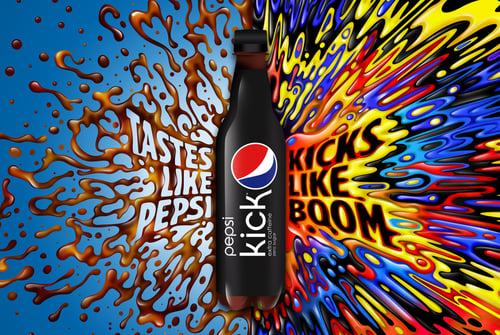 You don’t have to keep an eye out for his work – it’s pretty eye-catching to begin with.

For more than 30 years, Myerscough has been displaying art that is larger than life. Her work resides in environmental graphic design: wayfinding and pop-up pieces that make spaces exciting, colorful, and mind-boggling. Her overall goal is to design places that make people feel a sense of belonging. 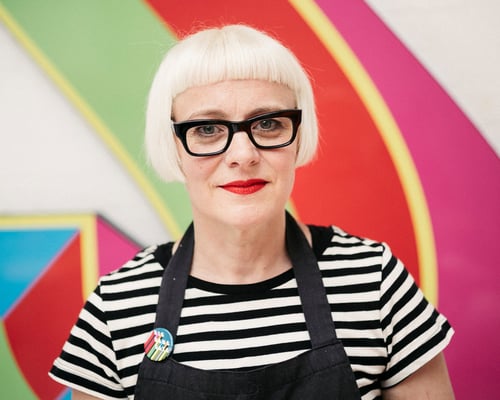 Myerscough owns Studio Myerscough – one of the UK’s superb studios with a focus on environmental graphic design: schools, exhibitions, offices, and wayfinding projects that are largely three-dimensional.

Studio Myerscough is comprised of Myerscough and two assistants, but the work that she produces looks like it would take a team of at least 50.

Remember that Swiss Style we talked about under Paul Rand? Miedinger took part in that as a Swiss typeface designer.

Swiss typefaces strip characters of all of their embellishments and make them as minimalistic as possible. He created Neue Haas Grotesk in 1957. Not familiar? In 1960, it was renamed Helvetica.

One of the most well-known typefaces in the world, Miedinger’s contribution to Swiss design was invaluable to the movement. 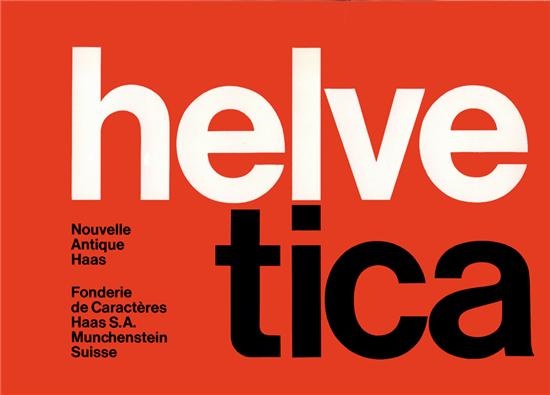 What do those footsteps look like? Nobody knows. Each of these creative graphic designers marches to the beat of their own drum and each produces something unique, impactful, inspirational, and beautiful. Taking a risk is a dangerous move for some. For others, it’s the key to success. 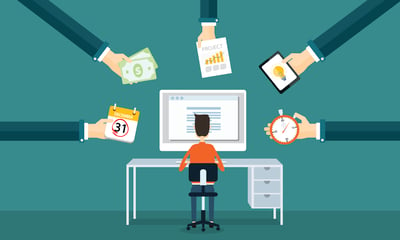 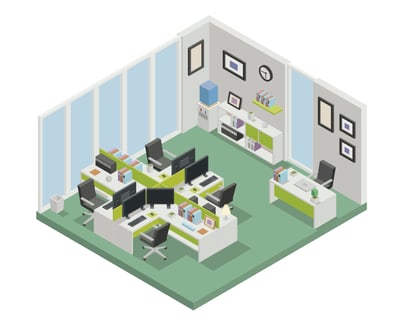 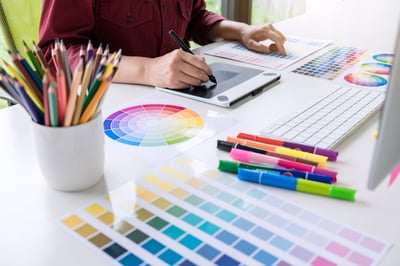