Our computers and smartphones are typically a place of joy and entertainment.

We play games, watch funny videos, shop online, and find the answers to our latest questions. But what happens when going online stops being fun and starts being harmful?

I’m not talking about potential cyber security scams, like phishing; I’m talking about cyberbullying and the negative effects that come with it. It’s happened to most of us, some more than others, and it’s only becoming increasingly common as we use our devices more and more.

Cyberbullying is bullying or harassment that happens online, whether it be in an email, text message, social networking site, or game.

Cyberbullying includes sending, posting, or sharing content that is negative, false, or hurtful. It can also include sharing personal or private information without consent, whether it be true or false, with the intent of embarrassment or humiliation.

This can be especially concerning when you think of how often we’re on our devices. These attacks are often persistent and it can be hard to find relief from a steady flow of hateful comments. This form of bullying can also be hard to notice unless you know exactly what to look for.

There are varying types of cyberbullying that parents and teachers can keep an eye out for. Some of them include:

Whether you’re a parent or a teacher, there are several signs that you can watch out for that are common with cyberbullying. They include:

How to prevent cyberbullying

Knowing the signs of cyberbullying isn’t enough. There are ways you can prevent it from happening at all.

Talk to your kids about bullying. Make sure they know they can’t hide behind their words, and that the messages and images they post online have the power to hurt others. Make sure kids know that they can come to you if online messages or images hurt them, or if they feel threatened. If you’re concerned that your child is being cyberbullied, check their profile and read the comments and posts they’re tagged in. If worst comes to worst, and a cyberbully won’t take the hint, make sure you know how to block someone on social media.

In addition to checking their profiles, monitor their online activity. As a parent, it’s okay to monitor these accounts if you have genuine concerns about your child and their well being.

If you’re a teacher, encourage staff to build a positive environment. Make the most of staff meetings to discuss cyberbullying, use parent-teacher conferences as a touchpoint, and even send out newsletters that explain the warning signs to look out for. The school website can also have a page about this issue, as well as a forum, letting parents discuss cyberbullying and any potential signs they are noticing.

Other steps to handle instances of cyberbullying are:

When it comes to the laws and sanctions around cyberbullying, it’s going to depend on your state and country. Although all state laws require that schools respond to bullying, many states don’t include cyberbullying under these laws or what the roles the schools should play in responding to cyberbullying that takes place outside of school premises.

Most state laws, policies, and regulations require schools to implement a bullying policy, in addition to a procedure to investigate and respond to bullying.

Cyberbullying in the media

As we use technology more and more, there are bound to be increasing instances of cyberbullying, both in real life and in the media. Let’s break down some that took pop culture by storm.

In 2017, Netflix released its television series 13 Reasons Why, based on the 2007 novel by Jay Asher. It quickly became a hit, as it centers around a teenage girl named Hannah Baker, played by Katherine Langford, and her suicide. Each episode follows around a “tape” that is circulated among a specific group of students who played a role in the events leading up to her suicide.

Dealing with issues such as sexual assault, cyberbullying, drugs, and more, it made headlines and raised eyebrows from both critics and viewers alike. Even so, the show was picked up for a second season, despite there not being a follow-up book, sparking a debate regarding whether it’s appropriate for young viewers.

The suicide scene in season one is so controversial that Netflix decided in July 2019 to re-edit the scene, after suicide prevention activists objected to the events that take place and were concerned that depictions of this method could lead to copycats among viewers. The new version of this scene will largely happen off-camera, and viewers will only see the aftermath of her family finding her body. This scene isn’t represented or depicted at all in the novel.

In 2011, the made-for-TV movie Cyberbully premiered on ABC Family through a collaboration with Seventeen magazine. It follows Taylor Hillridge, played by Emily Osment, who receives a computer for her 17th birthday. She soon finds herself the victim of cyberbullying after she becomes a member of the fictional social website Cliquesters.

From being hacked by her brother to students writing horrific comments about her, Taylor is overcome with depression and attempts suicide when she is then found by her mother. Taylor is brought to the hospital and her mother discovers the online harassment and bullying that was the catalyst of Taylor’s suicide attempt. Her mother takes on the school system and state legislation to prevent others from going through the same problem.

A state legislature eventually passes a bill criminalizing cyberbullying, which is then signed into law in honor of Taylor and all victims of bullying.

The Commonwealth vs. Michelle Carter

In 2014, 18-year-old Conrad Roy died by suicide due to carbon monoxide poisoning in his car in a parking lot in Fairhaven, MA. Soon after, police found a series of alarming text messages from his girlfriend, 17-year-old Michelle Carter, that urged him to kill himself. Carter goes so far as to tell Roy to get back into the truck, after he gets scared and exits the vehicle.

Carter was indicted in 2015 on charges for involuntary manslaughter, found guilty in 2017, and was sentenced to serve a two-and-a-half-year term and five years probation. Michelle Carter at her trial in August 2017
Source: NBC News

Sparking national headlines and a must-follow court case, the trial raises questions about technology, social media, mental health, cyberbullying, and if someone can be responsible for someone else’s suicide. Carter was convicted of involuntary manslaughter for encouraging her boyfriend to kill himself through a series of text messages and phone calls. She was sentenced to 15 months in jail and was released in January 2020 for good behavior.

The story behind the trial was turned into an HBO documentary, aired in July 2019, titled I Love You, Now Die, and included footage from the trial and interviews from both families and legal professionals involved.

The story of Michelle Carter was also turned into a Hulu original titled The Girl from Plainville, which debuted on the streaming platform in March 2022.

Former First Lady Melania Trump’s Initiative, the Be Best Campaign, includes online safety as one of its three pillars.

The official White House website reads, “When children learn positive online behaviors early on, social media can be used in productive ways and can effect [sic] positive change. Mrs. Trump believes that children should be both seen and heard, and it is our responsibility as adults to educate and reinforce to them that when they are using their voices – whether verbally or online – they must choose their words wisely and speak with respect and compassion.”

In August 2018, Melania spoke at an annual cyberbullying prevention summit, hosted by the Federal Health Resources and Services Administration in Rockville, MD. There, she said, “Let's face it: most children are more aware of the benefits and pitfalls of social media than some adults. But we still need to do all we can to provide them with information and tools for successful and safe online habits."

She went on to say that while social media can be used in positive ways, it can also be destructive and harmful when used incorrectly.

There’s a lot to unpack here when it comes to cyberbullying, and a lot that you need to know. Check out these noteworthy statistics.

of teenagers report to have experienced some sort of cyberbullying.

Sticks and stones may break my bones

But what about a cruel comment posted online? Those can hurt even more. Technology isn’t going away anytime soon, and neither is cyberbullying. When you know the signs and potential red flags, you have a better chance of getting in front of cyberbullying and stopping it before it turns into something that can’t be taken back.

Are social networks part of the problem or the solution? Leave a review for your favorite social network platform and find out what your peers had to say about their time on these platforms.

Not sure which social network platforms to monitor? Browse this list of the most popular social media sites where cyberbullying may take place.

Mara Calvello is a Content Marketing Manager at G2 with a focus on Design, Human Resources, and SaaS Management. She graduated with a Bachelor of Arts from Elmhurst College. In addition to working at G2, Mara is a freelance writer for a handful of small- and medium-sized tech companies. In her spare time, Mara is either at the gym, exploring the great outdoors with her rescue dog Zeke, enjoying Italian food, or right in the middle of a Harry Potter binge.

Not sure which social network platforms to monitor? Browse this list of the most popular social media sites where cyberbullying may take place. 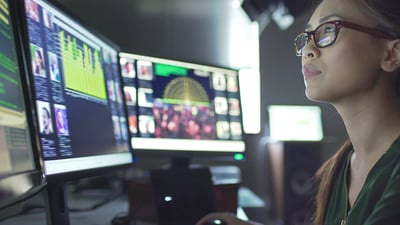 From marketing and sales to product and operations, every team would like a hand in business... 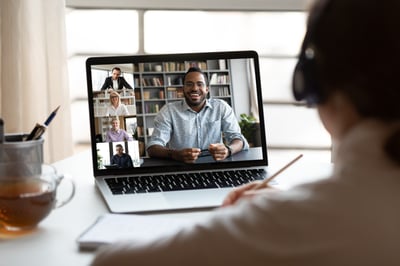 10 Tips for Cross-Functional Collaboration at Your Company

Inspiration, innovation, and organization – these are the by-products of cross-functional... 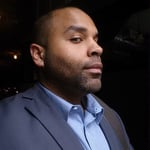 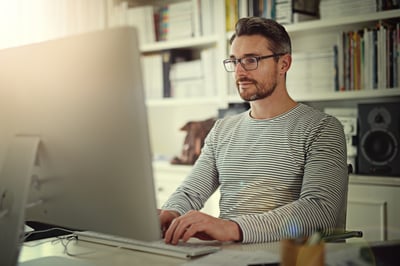 How to Migrate a Business Website to a New Web Host

Since the dawn of the internet era, businesses have come to rely on their websites as a... 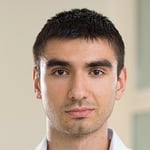 From marketing and sales to product and operations, every team would like a hand in business...

10 Tips for Cross-Functional Collaboration at Your Company

Inspiration, innovation, and organization – these are the by-products of cross-functional...