You must have a strong sense of cultural awareness to make the right decisions when representing or paying respect to cultures other than your own.

Magnified by the use of social media, everything shared by individuals and brands is subject to scrutiny, which is a recipe for a PR disaster.

Because public relations is all about communicating ideas and messages to others on behalf of a company or client, it’s crucial that PR experts learn about cross-cultural communication and cultural appropriation.

Cultural appropriation is widely debated and can feel ambiguous, but gaining a sense of understanding will enable brands, and the people who represent them, to communicate more empathically when eradicating harmful stereotypes and imagery that causes pain to member of marginalized groups.

I suggest reading all the information provided because cultural appropriation is a problem across America, but if you’re looking for something specific, feel free to jump down the page using the links below.

What is cultural appropriation

How to avoid cultural appropriation

What is cultural appropriation

Also referred to as cultural misappropriation, cultural appropriation is when aspects of cultures with significant meaning are reduced to an exotic trend or a way to make money by a dominant cultural group.

Essentially, this appropriation trivializes cultural elements with deep meaning. Marginalized groups have faced ostracization and hardships because of their different culture, so when people decide to perpetuate stereotypes for entertainment, it is disrespectful and further diminishes their culture. Cultural meanings get lost in translation and taken out of context, continuing the perpetuation of the power divide between majority and minority cultures.

Cultural appropriation can be found in all facets of life, especially public relations because the main focus is ensuring a positive image for clients. As a PR professional you have an opportunity to enable your clients to make a change, through ending the stereotypes that are constantly commercialized by corporate America.

Most of the time, corporations run into problems with cultural appropriation in their marketing and advertising efforts. It is widely frowned upon to misuse a minority culture for financial or commercial gains.

As diversity efforts across companies begin to grow, simply using another culture doesn’t make your company look more diverse, especially when misusing a cultural aspect with significant meaning. It instead causes harm to others and makes them feel used and misunderstood.

When creating logos, brand guidelines, advertising campaigns, event pop-ups, or any other marketing collateral, make sure your marketing team runs everything through the public relations team. Don't just do better, be better.

Marketing teams can get caught up in their ideas and forget to step out of their own culture and view the work from an outsider’s perspective. A key step in this process is to prioritize diverse voices in the hiring process company-wide. The public relations team can be a form of checks and balance so that your company doesn’t face a major PR crisis.  Or even worse, hurt people.

How to avoid cultural appropriation

We all know that America is a very diverse place, so it’s only human that people pick up on the diversity surrounding them. However, issues arise from a lack of cultural awareness. It’s always a good idea to be sensitive when referring to other cultures, and if you are unsure about what you’re saying or doing, ask questions!

A foolproof way to avoid cultural appropriation is to invite those from the marginalized cultures to the conversation from the beginning. An example of this would be setting in motion a plan to improve diversity in the workplace. Including members of marginalized groups directly in the conversation can solve a lot of problems before they start, and bring unique perspectives that may not have been considered otherwise.

Curiosity and inclusion show empathy and a desire to understand while being presumptuous shows arrogance. It’s all about intent. Think about what you’re hoping to accomplish through the use of a minority culture. Is it disrespectful? Is it for money? Is it for entertainment? If you’ve answered yes, then it is cultural appropriation.

There’s a difference between genuine interest and just engaging in a culture because of the exotic appeal. It’s OK to not be aware of all the intricacies of different cultures, but you have to analyze the purpose for which you’re referring to them.

In the spirit of full disclosure and transparency, I haven’t faced the same hardships that other cultures have, and I haven't been ostracized or looked down upon, just because of what I believe, eat, wear, or sound like. So you need to ask yourself about your interest and intention in the particular culture before crossing the line from appreciation to appropriation.

Now that we know what it is, its relation to PR, and how to avoid it, let’s go through some popular examples of cultural appropriation. There are two industries that continually mess up when representing cultures: sports and fashion.

Both of these industries have teams of PR experts behind them to draft statements and claim innocence after they appropriate a culture. As always, if you find yourself in a similar situation to the ones below, get ahead of the story as quickly as possible.

Sports logos and mascots are consistently criticized for cultural appropriation. We've all heard about Native American culture facing appropriation, but I like this example because it shows an attempted solution that didn't really address the root of the problem.

The Cleveland Indians voted to remove their mascot, Chief Wahoo from their uniforms, banners, and signs this year. However, they remain named the Cleveland Indians and other retailers continue to sell apparel with Chief Wahoo on it. This is using Native American culture and reducing them to a stereotype. This is extremely offensive to Native Americans and removing a logo is just a bandaid to a deeply rooted American issue. 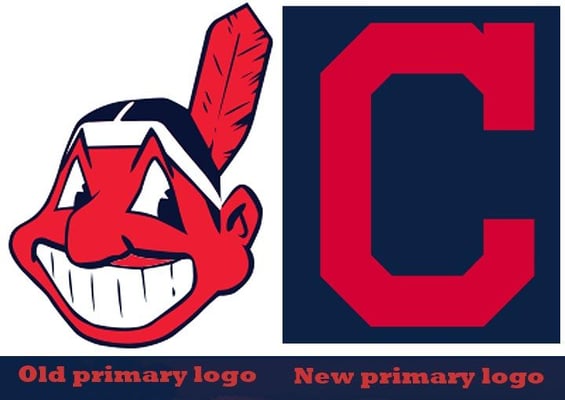 People also continue to wear Native American war bonnets, that are typically worn by male tribe leaders. In that instance, people are appropriating the Native American culture by wearing traditionally sacred headgear to cheer on an American football team. There is no reason to make others feel like less because of your client is clinging onto a team name that's offensive.

The fashion industry is consistently under fire for cultural appropriation. Designers such as Marc Jacobs just don't seem to get it. They continue to mass-produce fashion items that lean on offensive stereotypes to increase their bottomline, while hurting those who identify as members of these marginalized groups.

Every time they're called out for cultural appropriation they say they're sorry and didn't mean to offend anyone. But then why do prominent designers continue to use their platforms to reinforce harmful narratives and stereotypes? PR professionals can insert themselves in these conversations by making positive changes. For example, have models wear the pieces from their own cultures or hire models who represent the cultures of the clothing.

In 2016, Marc Jacobs closed New York Fashion with his summer 2017 line. Celebrity models like Kendall Jenner, the Hadid sisters, and Adriana Lima walked the runway in culturally appropriated outfits, in more ways than one.

First, the show had looks inspired by the Japanese Harajuku Girls. This creates controversy around having models who are not Japanese representing a culture and for Marc Jacobs making money off of using another culture entirely without representing the Japanese people appropriately.

But that’s not all. Look at the models’ hair. You probably know what I’m going to say here– the faux dreadlocks, lifted from Rastafarian culture. Again, he has a majority of white models wearing these colorful dreadlocks. Not only that, but historically people with dreadlocks (mostly black people) are discriminated against in a myriad ways, but then when Marc Jacobs does it, it’s viewed as bold fashion.

This double standard is seen throughout fashion. With an increased awareness of these insensitivities, we can together try to lessen cultural appropriation.

With all of this ambiguity, there are critics who believe that cultural appropriation does not cause social harm. Some argue that it limits freedom of expression and further divides cultures when we define them by their culture. Others say that it shows that people are learning from each other and that these instances of cultural appropriation are in tribute and not disrespectful.

There are two sides to every story, but when representing clients, the safe side is the best place to be. Hurting minority groups through cultural appropriation is not only insensitive, but it also creates a bad image for those you represent. After all, your job as a PR professional is to maintain a good reputation. And your job as a part of society is to communicate empathically and work toward a world without harmful stereotypes and imagery.

Let’s go over the basics. Cultural appropriation is using cultures other than your own for reasons other than the original intent. Avoiding cultural appropriation in your public relations career is crucial in keeping a good reputation for yourself and your clients. You can avoid the dangers of cultural appropriation by showing genuine interest in cultures, rather than making assumptions for your own benefit, and by pushing for diversity and inclusion at every level of PR campaign development. Most importantly, with the right approach, you can be part of eradicating these harmful representations of minority groups.

Diversity in public relations is growing and as it grows it's essential for you to keep up-to-date with diversity and inclusion best practices for both your own professional goals and for the good of your entire company. 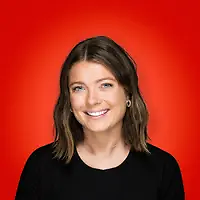 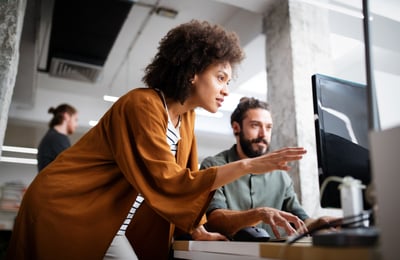 How Your Team Can Prioritize Product Marketing for Growth

There’s been a definite shift into a more product-orientated world in recent years. 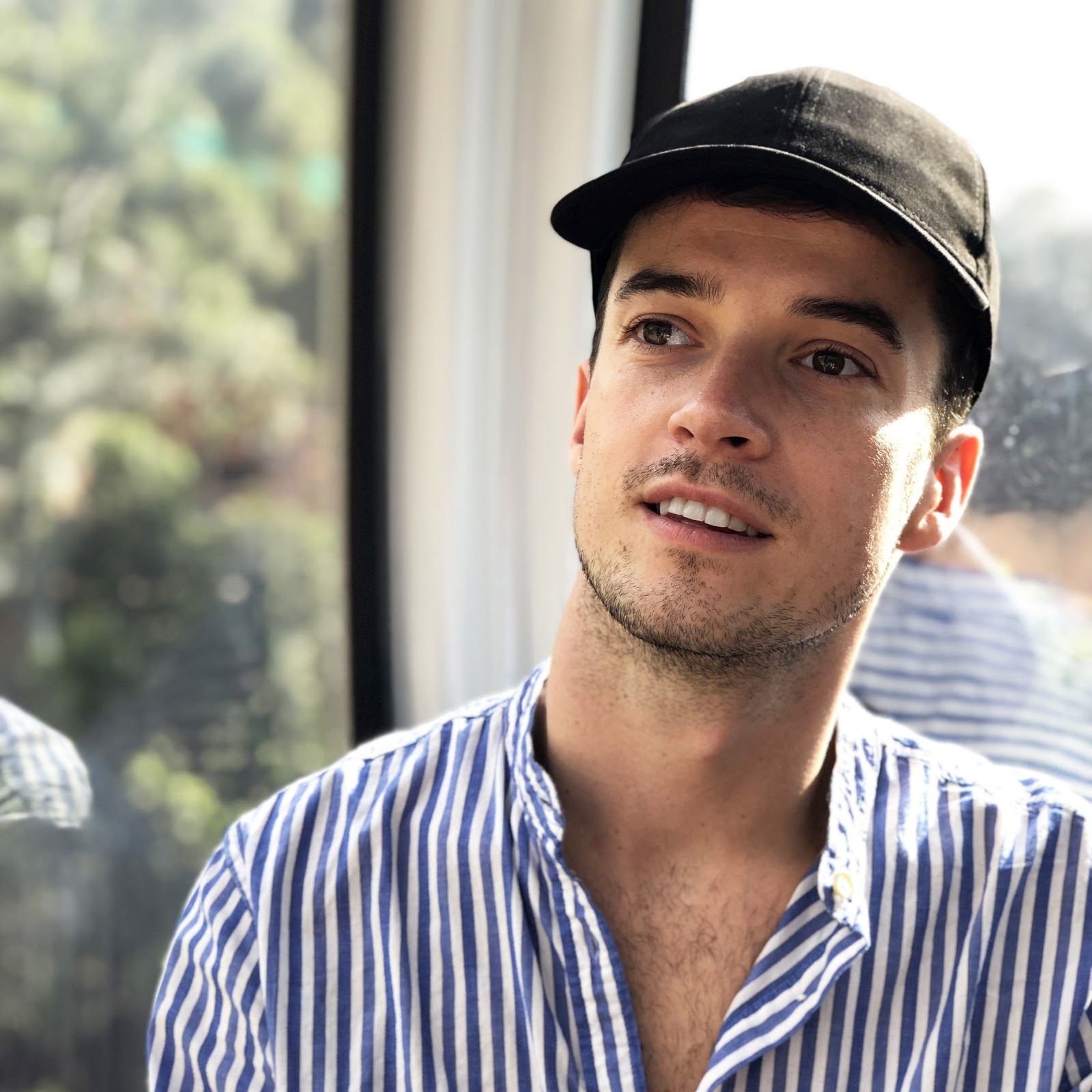 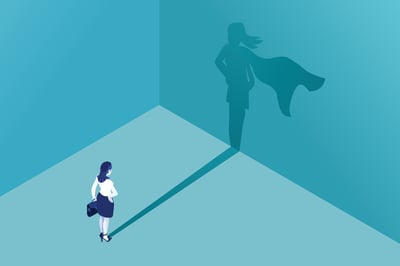