If you have one (or two), you know that they bounce off of the walls, color outside of the lines, play with their food, and talk to themselves. Their energy, creativity, and imagination are out of control.

And then, eventually, they have to lay down for a nap.

The minds of graphic designers are just like kids.

Their stamina is off the charts; their originality is on another level. But sometimes, those minds need to take a nap, too. These naps are called creative blocks, and they often happen without any warning.

For both children and designers, naps cause tantrums.

Creative blocks can come at inconvenient times or last much longer than we’d like them to. They make us feel stuck, helpless, and defeated. 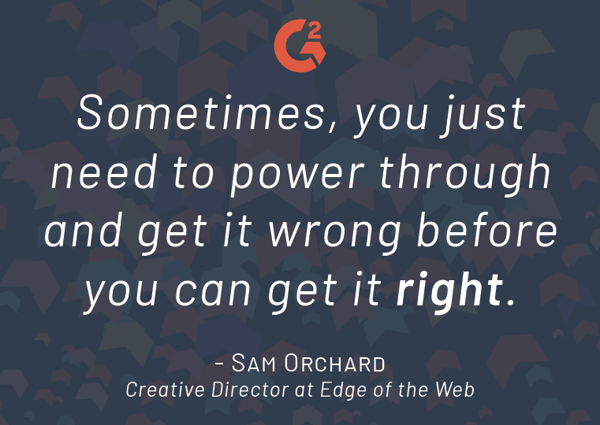 There are high expectations for someone who is becoming a graphic designer, but we can’t always be at our best. Creative blocks happen to everyone, but if you’re on a tight timeline and can’t afford to sit back and let it run its course, here are a few pieces of advice.

I wasn’t kidding when I said that graphic designers were like little kids; they talk to themselves.

“I like to talk it out. I find that just saying it out loud, whether it’s that I can’t figure out the best way to approach something specific or that I’m feeling burnt out on something that has been months in the works and is almost done and now we’re nitpicking to polish for final, really helps. Acknowledging those feelings helps me get past them.”

If talking to yourself doesn’t work, try stepping out and checking in with your peers.

“Having a light, fun conversation about your design and working through a couple of challenges is great, but once you get the ‘creative juice’ going, I find it’s best to just get back to it. Like jump-starting a car. Having said that, rotating who you talk to can help keep the feedback fresh.”

Play with a different kind of creative block

Sometimes, resting our mind just means shrinking down into that little kid we once were. If the little kid in you is throwing that tantrum, give them something to play with.

“I play with LEGOs. 10 minute break, reset my brain, and build something (even if it’s just a simple shape). I have a box of LEGOs beside my desk. Usually does the trick!”

Open your mind to the obscure

What about the bad ideas?

Use new materials, draft a layout that makes you uncomfortable, and mess around with an atrocious color scheme. That orange and purple might not look so bad, after all.

Regardless of the result, it’s important to make sure that you exhaust all possibilities before waving your white flag.

“Sometimes, you just need to power through and get it wrong before you can get it right.”

- Sam Orchard, Creative Director at Edge of the Web

Get a little jealous

In a world filled with content, it’s almost impossible to come up with something completely fresh. That can cause a lot of frustration, even a little jealousy. But sometimes, heightened emotions are the key to a great idea.

“If it’s just a pure creative block, then I like to go on Behance or Pinterest. Then, I get mad at the things I see that I wish I had made myself. That gives me that little push I need to get back into my groove.”

Sometimes, you get so worked up about picking the right direction for your project that you never end up picking one at all.

“One thing that helps me that I picked up when trying to improve my logo design work is mind-mapping. I’ll write down design adjectives that I want to convey in the piece and then topics associated with the project. This helps me to think of different angles the project could be viewed from, and from there I gauge and test out which concepts evoke the themes, values, and tone(s) I’m looking for.”

If looking at other designers doesn’t inspire you enough, step away from graphic design altogether.

“Some scientifically proven ways to get inspired include, exposure to the unfamiliar and learning about other domains (e.g. the sciences or literature can greatly inspire design).”

Creative blocks are often unpredictable. It’s difficult to prevent the block from happening, but you can do your best to prepare for it so that when it comes (which it will), you can combat it.

“I ... take pictures every time I see something cool, like a menu at a new restaurant, or an interesting looking chocolate bar at the grocery store, to refer back to next time I'm feeling stuck.”

This doesn’t mean to stop working, per se. Instead, it might be better to work on something different, whether it’sbe another task at work, a creative project, or a chore.

“I find it nice to step away from whatever project seems to give me trouble and take on a different one. Then, you have a completely different perspective on what you need to accomplish, and in figuring out that design, you can easily come across some method or idea that helps you solve your initial problem.”

Pushing yourself too hard can send you into overdrive. Instead of flipping through magazines or endlessly scrolling through the internet, take a breather. This could mean picking up a book, taking a nap, going for a walk, or finding another way to relax.

“To get over a creative block when I’m trying to design something, I pour myself a nice glass of whiskey with just one ice cube. In just a few minutes, my creative juices start to flow again, and I come up with the best ideas I’ve ever had.”

- Gregory Golinski, Head of Digital Marketing at Your Parking Space

Remember: this feeling is temporary

Just like a child’s temper-tantrum, your creative block is temporary. You don’t have to throw in the towel and quit your job; let it run its course. These blocks are simply a part of the creative process. If it were easy to create something amazing, we’d all be doing it. Give yourself a pat on the back and take a good nap. You deserve it.

Build your brand by reaching over 1.5 million monthly readers on G2's Learning Hub. Sign up to become an expert contributor and start reaching your potential today. 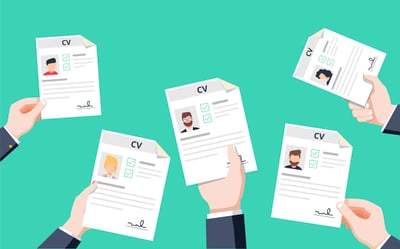 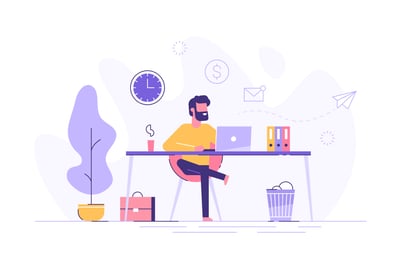 Kickstarting Your Career as a Freelance Graphic Designer

Freelancers are like the hunter gatherers of graphic design.

3 Tips for Speeding Up Your Design Process

The landscape of modern workplaces requires all employees to function as information workers,...

Kickstarting Your Career as a Freelance Graphic Designer

Freelancers are like the hunter gatherers of graphic design.

3 Tips for Speeding Up Your Design Process

The landscape of modern workplaces requires all employees to function as information workers,...