What if I told you your brand has the potential to become more than just a business?

It might seem like an extravagant proposition, but it’s actually not as wild as you might think. Through the use of cause marketing, you have the opportunity to turn your brand into a vessel to promote issues close to your heart and make a real difference in the world, all while promoting your brand in some of the most positive ways possible.

What is cause marketing?

G2 defines cause marketing as “a type of corporate program in which a for-profit company either partners with or donates to a nonprofit organization in order to build their brand and promote the greater good.”

The following article will cover three impressive, inspiring examples of cause marketing from real companies, and how they have enacted cause marketing strategies to their benefit and to the benefit of the world around them.

Why does cause marketing matter?

Let’s dive in and take a look at three well-known and successful cause marketing campaigns to see what we can learn from them.

What it is: Red Nose Day is often cited as a prime example when people discuss Cause Marketing. And it’s for a good reason. The premise is simple: it’s a telethon held each year to raise money for Comic Relief, a charity that helps support people living in poverty around the world. To accompany the telethon, Comic Relief sells Red Noses to fundraise for their cause, and they’ve partnered with Walgreens as their official Red Nose distributor since bringing the campaign to the U.S. in 2015. This year, the noses were sold from April 22 to June 30 at Walgreens locations across the country, and all proceeds go to Comic Relief.

Results: According to their official website, Red Nose Day has earned $190 million and impacted 16 million children worldwide in the past five years. Their website also breaks down the number of specific services they contribute to to help children living in impoverished areas.

Why it matters: Obviously helping the children of the world is a pretty noble cause! Walgreens was wise to attach its name to an event that had already proved to be massively popular in the U.K., as well as an effective fundraising strategy.

Selling the Red Noses gets people through the door of the stores but it has also proved to be an extremely effective fundraiser for both Walgreens and Comic Relief because of how viral the campaign is. People are encouraged to post pictures with the Red Noses to help spread awareness, and everyone pitches in, including celebrities! Then, of course, the telethon adds a further interactive layer to the camaraderie and sense of fun the campaign produces. 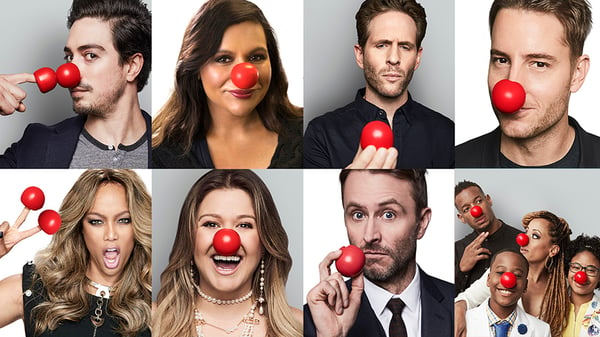 Other campaigns have also made good use of the viral internet medium to spread their message, like the ALS Ice Bucket Challenge, so clearly it’s working. Looking for fun ways to bring people together and spread awareness for important causes like this could be a great start for your Cause Marketing strategy, too.

What it is: The Campaign for Real Beauty started as a rebranding strategy in the early 2000s for the Dove brand. They decided to capitalize on an internal study they conducted that revealed only 2% of the women they interviewed considered themselves beautiful, and rolled out new ad campaigns focusing on authentic beauty rather than overly-altered and airbrushed beauty often found in advertising.

Critics were quick to jump to skepticism, but Dove soon took steps to prove its authenticity.

Rather than just talking the talk, Dove decided to walk the walk. They created a fund later called the Self-Esteem Project, for which the brand has teamed up with “leading experts in the fields of psychology, health, and body image to create a program of evidence-based resources, including parenting advice, to help young people form healthy friendships, overcome body image issues, and be their best selves.”

Some of the organizations Dove has worked with for the Self-Esteem Project include the aforementioned healthcare experts, the Girl Scouts, Boys & Girls Clubs of America, Girls Inc., and recently Cartoon Network’s popular show Steven Universe for the #ConfidentGirl campaign to create educational animated films about body and self esteem.

The Self Esteem Project has funded the creation of all kinds of educational materials about self esteem for young people, including the short film “Evolution”, which quickly gained YouTube fame upon release.

They’ve also had multiple offshoot campaigns under the Self Esteem Project umbrella, including My Beauty My Say, #BeautyBias, Choose Beautiful, Real Beauty Sketches, and more.

Results: For some, there might always be some critiques about the nature of a beauty product company running this campaign. However, its impact cannot be ignored. The materials created for the Self-Esteem Project have seen wide circulation, and according to their website, Dove has already reached 20 million young people and counting through their efforts.

The aforementioned short film “Evolution” has gained over 19 million views on YouTube to date, and the Real Beauty Sketches ad went viral to become the most watched video ad of all time, so clearly the campaign has managed to resonate with its core audience.

Why it matters: Though it exhibits many elements of successful Cause Marketing campaigns, the most important lesson to be taken from the story of the Real Beauty Campaign is the importance of authenticity.

Many people had trouble taking the ad campaign seriously at first, until Dove started to put its money where its mouth was and make serious efforts for real change. Like I said, the campaign still has its critics, but Dove stays true to its mission and cause. For the company, striving for positive change in the way young people see themselves is just as important as selling their products.

This is why it’s so important to choose a cause marketing campaign that really matters to you and others working for your brand, especially if you choose the route of corporate social responsibility. Choosing a cause you truly care about means you’re going to stay dedicated and truly commit to it the way Dove does. Maybe your brand can even help create some meaningful social change, which ideally should be just as much of a goal to you as promoting your brand is.

What it is: Since 1985, Patagonia has been pledging 1% of all sales to nonprofit organizational groups as part of their 1% for the Planet campaign. However, in 2016, the brand decided to take it to the next level. For Black Friday, Patagonia pledged to donate 100% of sales purchased in Patagonia stores and from their website to “grassroots organizations working to create positive change for the planet in their own backyards.”

This action was very much on brand with the image Patagonia has established for itself for many years. Other than the longstanding 1% for the Planet agreement, Patagonia has a long history of activism with regard to environmental and social issues. Not only do they raise money for environmental causes, but they have taken many steps over the years to educate themselves and ensure that they as a company have developed an environmentally-friendly business model as well.

The rhetoric of their informative material currently stresses the urgency of environmental issues, climate change, and the need to enact meaningful change regarding human emissions very soon. These efforts, along with the general growing public knowledge and concern for the subject, probably helped drive customers into stores that day.

Results: On Black Friday 2016, Patagonia sales hit $10 million. And they made good on their promise to donate it all. Their website also states that their 1% for the Planet campaign has resulted in donations amounting up to “$74 million in cash donations given directly to thousands of organizations working in local communities around the world.”

Why it matters: Scientists agree that the clock is definitely ticking on humanity’s ability to reverse the effects of climate change, so any and all efforts going towards helping causes dedicated to stopping it are very necessary. Patagonia saw an issue that was not only very important to the world as a whole but close to their hearts and what their brand stands for.

The campaign itself was also a prime example of a very effective Cause Marketing technique, which was the donation sales. On Black Friday it was 100% and every other day it’s 1%, but the idea is still the same. This sort of strategy works well because customers don’t have to make any extra effort to help other than making purchases at the store, so they get great products and also know that their money is going to a cause they care about. New customers might even be drawn in that haven’t tried the brand yet but who are concerned with environmental issues.

Thus, Patagonia manages to support and contribute to a cause they care about, draw in new and old customers, and ultimately promote their brand in a positive way all at once, while customers know that simply by shopping at Patagonia, they’re helping the planet.

You can use Portion-of-Sales or 100%-Sales donation techniques to help drive Cause Marketing for your brand as well. Just choose a cause you care about and make sure you’re carefully choosing the right non-profit organizations to donate to.

You’ve got the power!

Cause marketing campaigns can be an opportunity for your business to become more than just a business, but a meaningful contributor to bettering life on our planet. You’ve seen how other brands have done it, so why not try it for yourself? Use your resources and influence to contribute to a cause that matters to you!

See how you and your company can make an impact with cause marketing by browsing the top-rated corporate volunteering software available for your needs.

Emily graduated from the University of Missouri with an English degree in 2014. Since then, she has traveled to Japan to teach English abroad and returned to school to receive a master's certification in Secondary Education. She currently resides in Chicago with her lovely wife, and continues to write.

Email marketing is probably the most effective channel in terms of ROI. 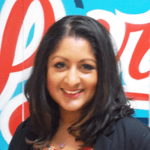 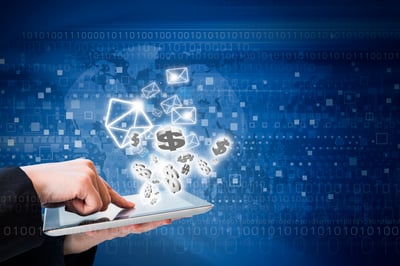 How to Turn Your Email Newsletters Into Money-Making Machines

Newsletters are a fast and efficient way to attract more followers, and ultimately, more...

Email marketing is probably the most effective channel in terms of ROI.