You probably don’t text your CEO with a bunch of emojis, if you text them at all. You don’t write a resignation letter the same way you write an Instagram caption.

Communicating within the office is formal and professional, or so it should be. Even if you have a relaxed office environment, you should still deliver certain work communications according to standard best practices.

What am I talking about?

I’m not referring to the company-wide invitation to your annual barbecue or announcing to your team that you’re engaged. Those are casual, personal matters that can be communicated any way you see fit.

I’m referring to reference letters, thank you letters, cover letters, and any other type of communication that needs to be written in the formal format we learned about in middle school.

If you're going to create any of these letters effectively, make sure you have downloaded a document creation software.

Below is a list of important business communications as well as definitions and resources to view and utilize helpful examples.

TIP: Learn how to write a resignation letter in 2019 (and stay respectful.)

First, let's talk about how you should format a business letter. The specifics of each letter will look different, but if you need to send a generic business letter, you can follow the following format.

Much like any letter, you should have a heading that consists of your address and the date.

Next, you should be sure to address the recipient of the letter. Standard format is the recipient's name followed by their title, company, and company address.

Then comes the body of the letter. You'll need to refer to the recipient by name. If you don't know their name, you can address the letter to "To whom it may concern." 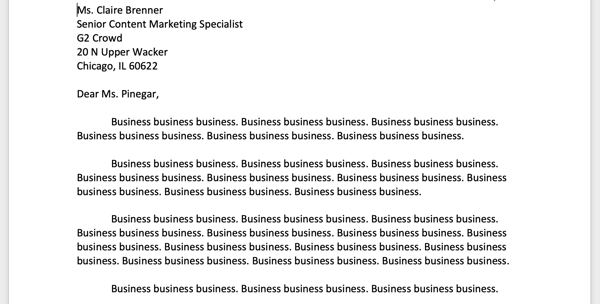 Once you have finished writing your (very important) business letter, you'll sign off with a polite signature.

Let's piece it all together. 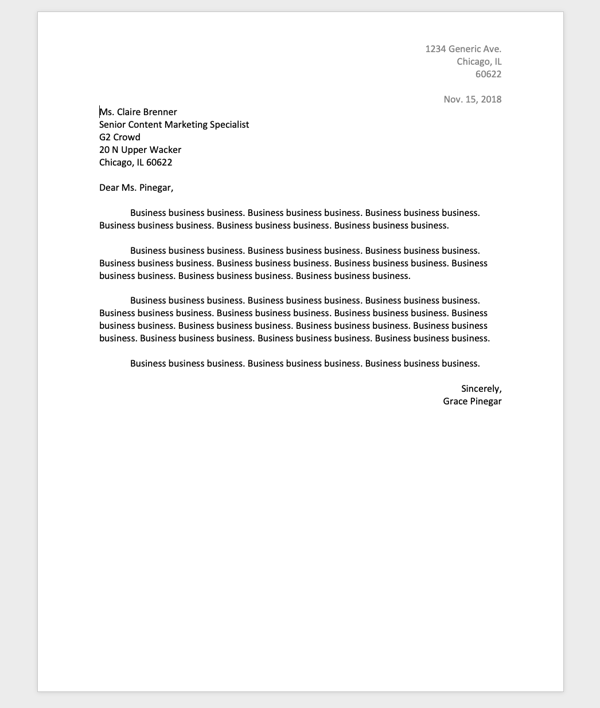 One way to make sure your message is received as intended is to abide by the following best practices no matter the letter's unique purpose.

Business letters are split up according to their purpose. Not every piece of communication is aiming to send the same message. Some letters end your time at a company, others get you noticed by a new hiring manager.

In this way, no two types of letters will be written exactly the same. To maintain a professional rapport within the workplace, familiarize yourself with the following types of business letters and when you should use them.

What is a cover letter? A cover letter is a letter that you send to a company when you wish to be considered for a job opportunity. Cover letters are typically submitted alongside your job application and resume.

Cover letters offer hiring managers additional information about who you are. This is information they typically wouldn’t be able to glean from your other professional materials.

Thank you letters are a way of signaling gratitude to your potential new organization, as well as showing managers you’re not afraid to take initiative. For more information, read How to Write a Thank You Letter After a Job Interview.

In most scenarios, employees will turn in this letter with two or three weeks’ notice. This means you’ve informed your employer that you’re leaving, but will continue working for a predetermined amount of time to help out with the transition of either hiring a replacement or losing an employee altogether. 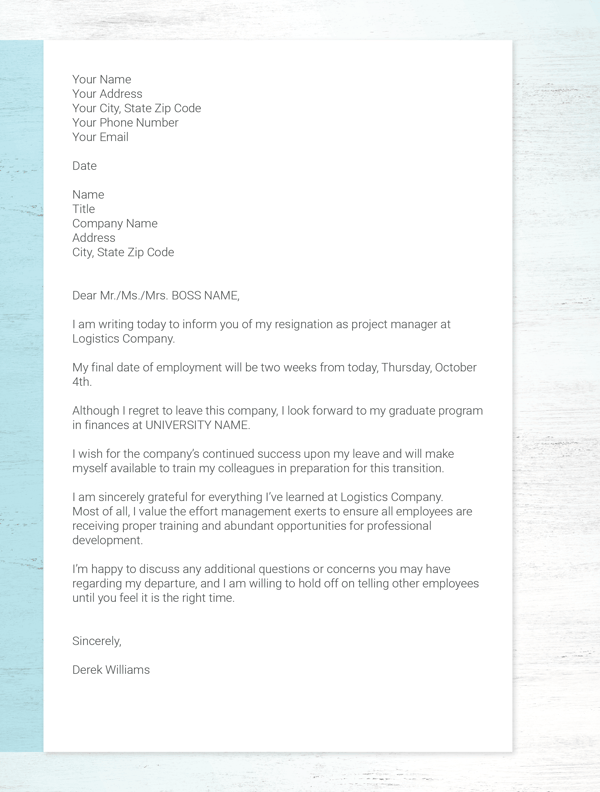 For more information as well as best practices, read How to Write a Resignation Letter (and stay respectful). Consider also learning how to write a two-weeks notice letter.

No matter who writes them, they should be positive recountings of a professional’s experience working with or overseeing the candidate in question. They should mention specific anecdotes and describe aspects of the candidate’s character.

For more information, including the do’s and don’ts, check out my article on How to Write a Letter of Recommendation. (Coming soon!)

What is an inquiry letter? Inquiry letters ask a question or request a certain type of information from the recipient. A letter of interest is just one example of an inquiry letter, as it asks an organization about their current job opportunities.

What is a letter of intent? A letter of intent is exactly as it sounds: it is a letter that declares your intentions. Letters of intent are used to form an agreement between various parties. They can be used when drafting a proposal, applying or accepting a job, or when agreeing to a particular deal.

A letter of intent protects both parties involved as the agreement is in writing as opposed to just word of mouth.

What is a sales letter? A sales letter, perhaps more prominently understood as a sales email, is a form of communication that exists to engage and interest the reader in learning more about a product or service.

There are many different strategies regarding how one should write a sales letter. Ultimately, you should pursue the strategy your company lays out in their playbook. All sales letters, however, should include a call-to-action, as well as a method of contacting you should the reader be interested.

Follow-up letters could also be simple thank yous or recountings of everything discussed in a meeting. In other words, some follow-up letters are not always soliciting a response.

What is a complaint letter? A complaint letter is a letter you write when you have a bone to pick with an organization or individual. Say you received horrendous customer service, or you found an ad to be targeting you inappropriately.

You’d write a complaint letter to inform an organization of the situation and allow them to decide next steps.

Although it has the word “complaint” in the title, not all complaint letters have to be rage documents wherein you ream out a company for some wrongdoing. They could just be a simple description of your dissatisfaction with a few suggested expectations for recourse.

If you are angry though, by all means, have at it.

It’s more common to see someone calling a company’s customer service hotline, or even chatting with a representative online. A letter is a more formal way of communicating, but it does get the message across that you’re serious enough about this issue to write in.

What is an adjustment letter? Adjustment letters are a company or individual’s way of responding to a complaint letter. The letter should clearly state the company’s stance in the case.

What is an order letter? An order letter is a document wherein business managers or owners communicate to their manufacturers the specifics of what they are going to buy. Order letters contain information such as quantities, sizes, colors, product names and order numbers, and the anticipated price.

Order letters are often formatted as a form rather than an official business letter. This is because forms and spreadsheets make it easier to understand the bigger picture of what all a person wants.

Acknowledgment letters do not guarantee anything. They also do not communicate that a business has taken any steps to improve a situation. Rather, they tell a customer they have been heard.

When should you write an acknowledgment letter? Businesses should write a letter of acknowledgment when they feel it is necessary for an individual or organization to know they have received their correspondence. This is especially necessary if the original communication regarded something serious, such as an in-store injury.

A letter of acknowledgment does not imply that you have taken any action. Rather, it is the business equivalent of a read receipt – offering reassurance.

Hopefully I’ve helped your understanding of the different kinds of business letters and how to go about professional communication. You don’t have to follow my instructions to the letter, but they’re good best practices should you be in search of some guidance.

If you’re in search of additional guidance, we have no shortage of content for you to read and learn.

Check out articles such as: 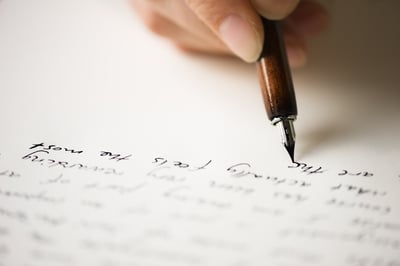 How to Write a Cover Letter That Cuts Through The Noise

Cover letters aren't dead, but they are evolving. 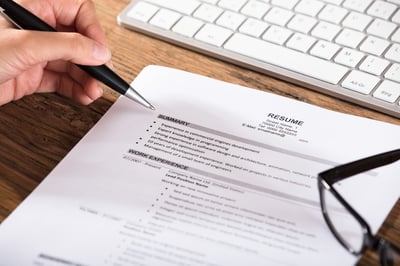 Do you think you’re a good judge of character? The position of a recruiter may be the perfect... 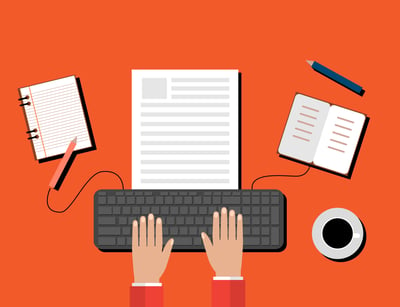 How Long Should a Cover Letter Be? (+Formatting Tips)

So you’re applying for a job, huh?

How to Write a Cover Letter That Cuts Through The Noise

Cover letters aren't dead, but they are evolving.

How Long Should a Cover Letter Be? (+Formatting Tips)

So you’re applying for a job, huh?