When I was a kid, I could tell if it was my mom or my dad walking up our stairs.

I didn’t know it then, but I was my own biometric technology system, meaning based on the sound of their footsteps and how fast they were walking, I knew which of my parents was about to tell me it was time for dinner.

I realize this isn’t the most technologically advanced system, so thank goodness for the biometric technology we have today, which can analyze information, identify, and authenticate that someone is who they say they are.

Need to know something specific about biometrics? Jump ahead to:

While biometrics may sound like something out of a Science Fiction movie, it is very much our reality. There is a lot goes into what biometrics is and how it works. Before we can fully dive into everything that biometrics is, let’s first define it.

Biometrics is the measurement and analysis of someone’s unique physical and behavioral characteristics. This technology is used for identification (figuring out who someone is) and authentication (someone is who they say they are).

For someone to prove their identity, they need to:

How does biometrics work?

There’s no denying that biometrics seems complicated, but in reality, all biometrics systems use the same three steps:

There are also three main components to all biometric systems:

Biometrics isn’t a one-size-fits-all type of technology. There are many ways biometrics is used to identify if a person is really who they say they are. A biometric identifier typically falls into two categories: physical identifiers and behavioral identifiers.

Physical identifiers are limited to a certain fixed set of characteristics, while behavioral ones have limits in human imagination. Both can be used to distinguish between a human and a robot. Some behavioral characteristics would be typing patterns, physical movements, and navigational patterns.

Let’s explore the most common types of physical identifiers.

Facial recognition is when software is used that maps an individual's facial features and then stores the data of these features. A facial recognition system will use biometrics to map the face and compare it with a database to find a match.

Using face detection, face capture, and face match, this technology analyzes over 80 elements of the human face. In addition to Apple’s Face ID, facial recognition is used by Facebook, thanks to their DeepFace software, which can identify a specific person in any new photo we upload onto the social network platform.

Another popular type of biometrics is the use of our fingerprints. An obvious example of this is the previous models of the iPhone, which used Touch ID before they moved over to Face ID. You’ll also find this when you go to Disney theme parks, as they’ll ask you to scan one of your fingerprints before entering. At airports, too.

Fingerprints are typically used to authenticate someone, rather than identify someone - which is what Disney parks do to allow admittance to different areas of the park. Similarly, some organizations use fingerprint scanners instead of timecards.

These systems use a digital camera and light. Once a user places their finger on the flat surface, the software aligns the print against several pegs to ensure a correct reading. There are over 30 specific points (called minutiae) in a fingerprint that a scanner will obtain for identification.

Iris scanning, or iris recognition, uses a digital camera, visible light, and near-infrared light., When the eye is between 3-10 inches from the camera, the computer works to locate:

The pattern of the iris is then translated into a line of code. Iris scanning is becoming increasingly popular in the security realm, as the chance of mistaking one iris code for another is 1 in 10 to the 78th power. There are also over 200 points of reference, as opposed to 60-70 in fingerprints.

When I think of iris recognition and fingerprint scanning, it brings me back to this scene from Charlie’s Angels, where Drew Barrymore and Cameron Diaz infiltrate Redstar in disguise.

Like your iris or fingerprints, your veins are unique. So much so that not even twins have identical veins. Their shape also changes very little as we age.

To use a vein recognition system. You would place your finger, wrist, or the palm or the back of your hand on a scanner. A digital camera will then take a picture using near-infrared light. The hemoglobin we have in our veins will appear black in the photo and the software will create a template based on the shape and location of the structure of your veins.

One downside: retina scans require a person to focus on a single point for 15 seconds, without moving their eyes.

Voice recognition, otherwise known as voiceprints, is unique in the sense that your vocal cavities create a specific shape when your mouth moves to speak. For this to work, you would need to say an exact word or phrase that the system requires, or give an extended sample of your speech so that it can recognize you no matter what you’re saying.

The data used in a voiceprint is called a sound spectrogram, which is essentially a graph that shows sound frequency. Different speech sounds will create different shapes on the graph. These graphs also use colors or shades of gray to represent the qualities of the sound of a voice.

DNA scanning is the identification of someone using the analysis of specific segments from their DNA. This can be anything from a hair follicle to a drop of blood. DNA scanning is an up-and-coming type of biometrics and is used primarily in law enforcement to identify suspects.

It’s also the only biometric process that can link a person to relatives, providing specific information about a person. Another major perk: the results of a DNA test can be available in as little as 90 minutes.

I know what you’re thinking. “I learned how to forge my parent’s signature when I was 16” - but wait, hear me out.

When analyzing handwriting, biometric systems don’t examine the shape of each letter, but rather the act of writing. Things like the pressure you use, the speed, and the rhythm of how someone writes. Also recorded is the sequence in which letters are formed - like if you dot your i’s and cross your t’s as you go, or after you finish the entire word.

This means that even if someone got a copy of your signature, the system wouldn’t accept their forgery and would know it’s not really you.

Advantages and disadvantages of biometrics

When it comes to security and other related functions, there are clear advantages and disadvantages that biometrics brings to the table.

The technology and innovation of biometrics has some clear advantages. Some include:

On the flip side, no system is perfect, and biometrics offer some disadvantages that need to be considered.

Aside from the obvious example of being on our smartphones, biometrics is being used in a variety of different fields.

For instance, law enforcement is using fingerprints, palm prints, and DNA to identify criminals. The law enforcement industry also utilizes live facial recognition in a crowd in real-time, or after an event in cities before or after an attack to catch a suspect. Cities like New York, Chicago, and Moscow are using CCTV cameras with facial recognition databases to help police solve crimes.

Facial recognition and fingerprint data are also being used at airports and border control in the form of electronic passports. In addition to being able to verify authentication, using biometric scanners in airports and at border control speeds up the process, allowing for more identifications than ever before. Some cities with airports using facial recognition include Chicago, Amsterdam, Tampa, Minneapolis-St. Paul, Dubai, and New York City.

You can run, you can hide

But with biometric technology, you won’t be able to deny your identity. Whether you approve of this technology and are excited about the future, or you’re wary of what it can mean, biometrics is here to stay.

In fact, biometrics is only going to get more popular and increasingly accurate in the coming years, so in time, you’ll be more than just a face in a crowd, you’ll be a face in a database.

Interested in learning more about authentication technology? Check out how FIDO is revolutionizing the industry. 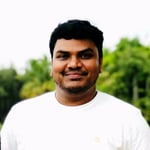 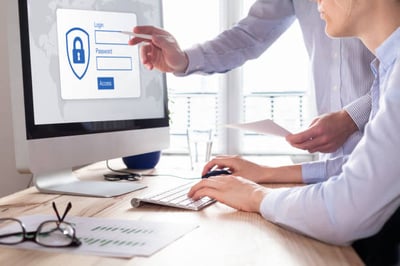 What Is Federated Authentication? How It Improves Security

For many employees today, the workplace is no longer a fixed location. 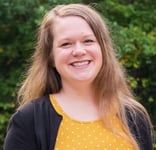 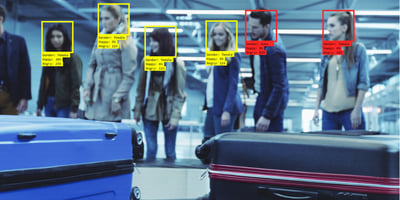