APA format is one of three main citation styles you’re likely to encounter at some point throughout your education.

Specifically in psychology, education, and the sciences, APA format is the preferred citation guide over other popular style guides, like MLA format, which is commonly used in the humanities.

APA format is an academic style guide created by the American Psychological Association. It is most commonly used for scientific papers, especially research-based content.

APA format: everything you need to know

APA format is preferred among many disciplines due to its clarity and emphasis on highlighting newer source material (i.e. date-focused citations with a preference for ‘recent’ source content). Below are instructions and examples for formatting general components of an APA formatted paper, including how to write a cover page, running head (header), an in-text citation, and a Reference section.

Note: there are some components of this style guide that overlap with MLA format. Thus, you may find that part of this information is restated from the MLA guide; however, there are many components unique to APA alone and neither guide can sufficiently substitute the other.

This is a statement of transparency to eliminate confusion and the risk of self-plagiarism.

How to format a running head (header) in APA

Running head formatting is specific to APA and should not be used for other citation types. To create the running head and ensure it shows up on every page of your document, use the “Insert Header” function on your word processor and then type the title of your paper flush left using all capital letters.

The running head is a shortened version of your full paper title, meaning that the running head should not exceed more than 50 characters including punctuation marks and character spacing.

The above example is 49 characters long, including spaces and marks of punctuation (for the title).

How to format a cover page in APA

Your cover page should include the following information: title of the paper, author’s name, and institutional affiliation (i.e. the university, college, or academic/professional institution for which you are writing your paper). You must also include a running head flush left with the pagination flush right at the very top of your document.

Note: On the cover page, your running head will look different than it does on all subsequent pages.

General format for cover pages ONLY:

As you can see, you must include the words “Running head” on your title page to indicate that it is the paper’s running head; on all other pages, you need not include these words in addition to your title.

How to format an in-text citation in APA

APA in-text citations are not dependent on container (e.g. book, article). Citations should be in parentheses and placed at the end of a sentence before the period, whether paraphrasing or citing a direct quote.

APA format follows the author-date style: (Last Name, Year) and uses a comma between the two elements. If referencing a specific spot in the text, you are encouraged to use exact page numbers using a lowercase p. + the page number in the parentheses following the year.

All citations, regardless of container, are formatted the same for in-text citations in APA. There is no variance based on container as is true for MLA style.

Note: There are different formatting requirements for short vs. long quotations in APA.

According to King (1986), he noted that the little boy who wore “the yellow slicker was George Denbrough,” which we discovered was Bill’s younger brother (p. 3).

He noted that the little boy who wore “the yellow slicker was George Denbrough,” which we discovered was Bill’s younger brother (King, 1986, p. 3).

Long, direct quotations (40 words or more) should be written in block format without quotation marks. The quotation should begin on a new line indented another half inch inward (where a new paragraph would naturally begin. All subsequent lines should be indented as such. Long quotes should be double-spaced like the rest of your document, and the parenthetical citation begins after the final punctuation mark of the quotation.

A small boy in a yellow slicker and red galoshes ran cheerfully along beside the newspaper boat. The rain had not stopped, but it was finally slackening. It tapped on the yellow hood of the boy’s slicker, sounding to his ears like the rain on the shed roof. (p. 3)

How to format a Reference page in APA

Your APA-formatted Reference page is where the extended, detailed versions of all references used throughout your essay or research paper are.

For each container listed below, you will find a general formula for citing the source in your Reference page along with an example.

General citation formula for books with one author:

Example citation for books with one author:

Note: Location should be formatted with city and state name (with postal abbreviation) and no period.

Single books written by two authors should be listed by last names and first initials, connected via an ampersand rather than the word “and.”

General citation formula for a book with two authors:

Example citation for a book with two authors:

Periodicals include articles from either web or print sources. You will use Last Name, First Initial format; publication year; sentence-case titles; volume number; and DOI for an article if given (including URL if from a website).

Note: If you are missing information like volume number, issue number, number of pages, or DOI, only include the information you have.

General citation for a periodical:

Example citation for a periodical:

Moeslein, A. (2018). “Why Blake Lively Has Been Wearing So Many Suits Lately: An
Investigation.” Glamour, 1-3. https://www.glamour.com/story/why-blake-lively-has-been-wearing-suits-a-simple-favor.

All-in-all, APA is a no-brainer

The current APA style guide is in its 6th edition, and while this guide is not exhaustive, it overviews key elements of APA to ensure you have the necessary elements for success.

Want to learn more? You're in luck! Find out which document creation software best suits your needs as you get started with writing your next essay or research paper! 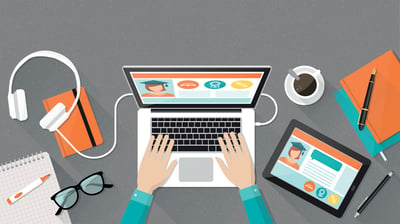 MLA format is one of many core citation styles used in academic and professional writing. 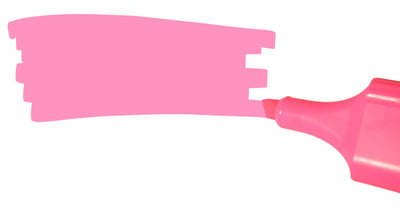 A Guide to Highlighting in Google Docs (+Tips for Organizations)

Everyone learns and organizes their thoughts in different ways. 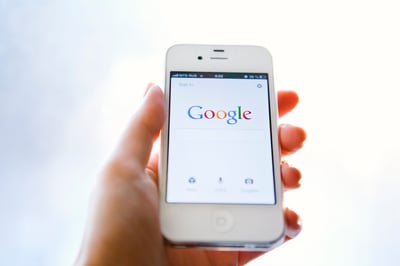 How to Get a Google Voice Number in 4 Easy Steps

There are many reasons why using an internet-based phone service can be useful.

MLA format is one of many core citation styles used in academic and professional writing.

A Guide to Highlighting in Google Docs (+Tips for Organizations)

Everyone learns and organizes their thoughts in different ways.