A little letter can go a long way.

If you’ve entered the job market for the first time recently, or even if you’ve found yourself back on the market after years of steady employment, you’re doing a lot to find that next job. You’re primping that resume, and writing cover letters galore.

In addition, you may hear friends or those in your network advise you to write a thank you letter after a job interview.

Thank you letters probably seem archaic. When is the last time you even sent a letter to someone you know and love? Not to mention sending it to a near-stranger who recently grilled you on your resume gap.

How to write a thank-you letter after a job interview

Thank you letters may also seem pandering, or like you’re groveling at the feet of a company you’re not even sure you want to work for. At least, that’s how I have felt. Why should I thank someone for the opportunity to maybe be considered? Have I no self-respect?!

Write to them anyway.

This habit isn’t just an outdated piece of advice a distant relative won’t let go of. It’s actually something you should practice as you weave your way through the workforce.

The truth is that today’s job market is tough on all sides. Companies want stand-out cover letters, popping resumes, years of quality experience, and a good culture fit. It it's not a perfect fit for the job description a company published, chances are you won't get the job. And even after all of that, some companies don’t give you the courtesy of a rejection email.

Two years ago, applying for my current position was a full-time job. I was up in the mornings in my pajamas sipping coffee scouring every job website I knew and shooting my shot. I was freshly graduated and trying to win the race against my first round of student loan payments.

With such competition and urgency among today’s job candidates, wouldn’t you do anything within reason to make your candidacy more memorable to a company's recruiting team?

That’s where thank-you letters come in. What may seem old-fashioned, outdated, and maybe even corny to you could be a major factor in a hiring team’s decision. And similar to a resignation letter, it sets a professional tone and comes off as respectful.

These letters are your last chance at proving that this role means something to you. Once you walk out of an interview, you’ve really done all of the in-person convincing you could have done. But there’s one last opportunity to communicate with your potential managers and colleagues, and you should be willing to go that extra distance.

In order to up your chances at landing the dream role, or maybe just the role before the dream role, we’re going to talk through best practices for writing and sending these professional gestures. As with any aspect of the job application process, you want to make sure you’re doing things correctly so as to give this company the best first impression possible.

How to send a post-interview thank you letter

While we’re referring to them as thank-you letters, it’s possible you choose to send your recognition in the form of an email. That’s okay! You should feel encouraged to pick whichever method you feel will leave the most impact.

There are a number of things to consider when choosing between the two. Let’s discuss.

Obviously, a hand-written letter is more personal. It shows that you sat down with a pen and paper and took some time to think some grateful thoughts toward this company. But you should only write a handwritten letter if you know it can be delivered to the company promptly.

Although most hiring processes tend to crawl by slowly, you don’t want to make that assumption about the process you’re in. It’s possible this company wants to hire by the end of the week and had other interviewees coming in as soon as you walked out the door.

In this scenario, you may not want to send a letter via snail mail. What happens if you get a rejection email Friday, and they don’t get your thank-you card until Monday? While this may not have been the deciding factor, it might have helped your candidacy had the card arrived on time.

One solution to this issue is to hand-deliver the card or cards to the receptionist. This combines the best aspects of thank-you letters. The notes are hand-written, and they arrive on time.

With that being said, you may want to opt for an email greeting if, say, you’re applying to a role across the country. It’s hard to say how long the post will take, and you want to ensure you’re taken seriously as a candidate despite the distance.

Although email is seemingly less personable due to its ease of use, it’s still an excellent way to get your acknowledgments across. Additionally, it's immediate. Many interviewers will hand you their card at the beginning of an interview. If they don’t, ask for one, or ask specifically for their email. They will likely be expecting this.

There are also ways to come across as genuine in an email. For one, don’t send a generic email to all of your interviewers. Address each one personally and send them out individually. You wouldn’t ask three people to share one letter, so don’t do that with an email, either.

We’ll discuss these best-practices in depth as we go. For now, let’s continue on with explaining the process.

Aspects of a thank you letter

Like any letter or essay, thank you letters typically take on a standard format. While yours can deviate and be unique, don’t stray too far from the norm. Thank you letters or emails shouldn’t include GIFs or pleas for the role. Try and be personal while also sticking to the script.

You can start by giving the letter a heading. This can include your information, as well as the company’s information. A heading should look something like the following:

Other candidates may choose to skip the heading and dive straight into the message. This is a matter of preference. Think about the company you’re applying to and the personalities of the interviewers to help you decide how formal or relaxed your thank you letter should be.

Begin the letter with a normal greeting.

A “Dear Mr./Ms./Mrs. + The Interviewer’s Last Name” is a standard format for opening the letter. Be sure to check that you’ve addressed the letter to the proper personnel.

In addition to that, remember that multiple interviewers, means writing multiple letters. The body of these letters should all be different in some way. If those interviewers were to compare messages, you don’t want them to find that you copy and pasted the exact same thing three times.

Next is the opening paragraph. In it, you should say something complementary regarding the conversation and restate the role you applied for. It’s possible that employee interviewed for four different positions that day, so associating your name with the role you’re seeking is a good idea.

Mention What Excites You

In this same paragraph, you can mention the role and what excites you about the opportunity. Did you learn something new about the position in this interview? Maybe mention it here. This proves not only that you’re intrigued by the opportunity, but also that you’re a good listener.

In the second paragraph of the letter, you can feel free to talk about yourself some. Why does this role feel like a fit for you specifically? This should not be a drawn-out repetition of everything you mentioned in the interview. Rather, use it as a moment to wrap up some of your skills and relate them to the current opportunity.

Bring Up Something You Forgot

Another great thing about the thank you letter? Interviews aren’t perfect, and it’s possible you forgot to mention something that could really help make your case for being the best choice. The thank you letter can be a redeeming moment wherein you bring up that experience or skill that slipped your mind in the moment.

Again, don’t take too long to do this. You want to be respectful of your interviewer’s time and understand they have their own work to do. But you also want your best foot out there, and it’s okay to dedicate some of your thank you letter to communicating some forgotten talents.

Lastly, you should express your gratitude for being considered. I know. Job hunting is hard and arduous and the last thing you feel like doing is thanking one out of a hundred companies you’ve applied to for even thinking about hiring you.

But I promise this gesture matters. It shows you don’t feel entitled to the position, but rather you are grateful they gave you a chance to try for it. As I’ve said before, it’s also a chance to reiterate your interest in the role.

A lot of times, hiring personnel will pause on a candidate because they don’t seem like they want to be there. While it may seem wrong to judge a person’s intentions, keep in mind that’s literally what an interview is. It’s a company gauging whether a candidate is a good enough fit to take a chance on. Companies especially want people who are going to stick around. For this reason, take the 30 seconds to include a sentence restating your interest in the role at the bottom of your thank you letter.

Include a Friendly Signature

Remember to resign your name at the bottom, with a handwritten and typed signature for a hard copy letter. Signing off is proper letter-writing etiquette, as well as an opportunity to get your name in front of the hiring team one more time.

Sample Thank You Letter After Interview

Should you find it useful, I've included the sample letter in its entirety below: 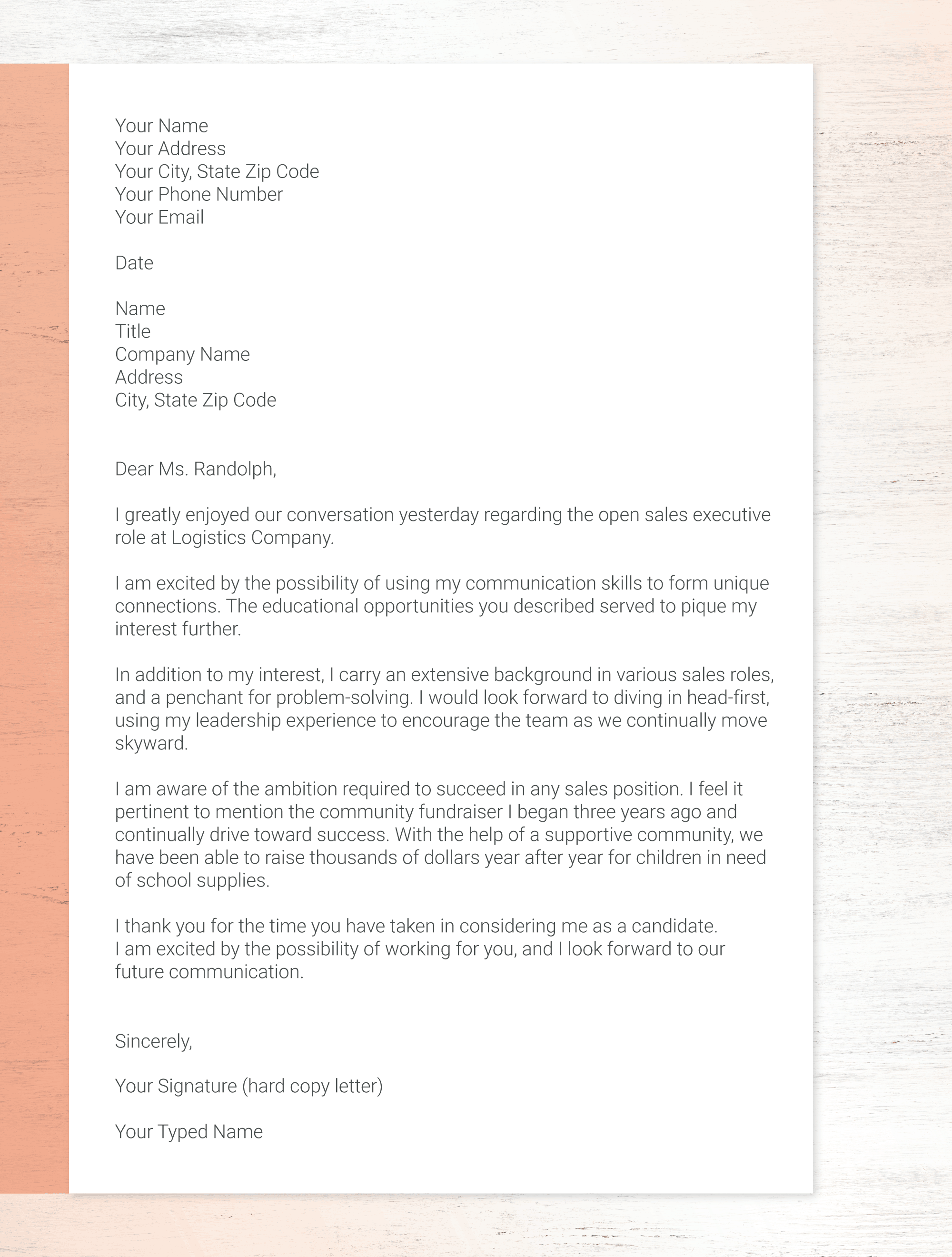 If you're not quite interested in other job offers, learn how to decline a job offer politely and professionally. 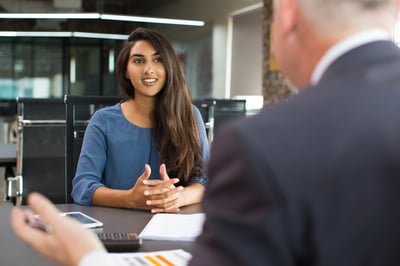 At 18, I interviewed for a job at a local produce store. I was interviewed by three people,... 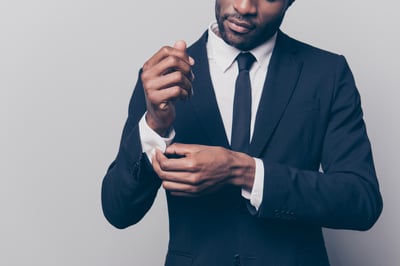 How to Prepare for an Interview in 6 Easy Steps

It’s safe to say that many of us are familiar with the Boy Scouts' motto: Always be prepared. 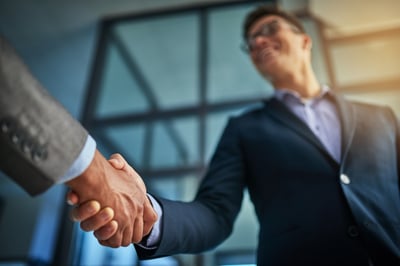 No interviewer wants to hear the same canned response about a “hard worker” who values...

At 18, I interviewed for a job at a local produce store. I was interviewed by three people,...

No interviewer wants to hear the same canned response about a “hard worker” who values...