Innovation sits at the heart of software automation.

Automation and its various applications have revolutionized the software industry by reducing the burden of the manual testing effort and making systems more efficient. Test automation software, in particular, has sped up the deployment of new software products in the market.

What is a test automation framework?

A test automation framework is an amalgamated platform of tools, compilers, and programs that aid automated test scripts.

Take for instance, a mobile phone. It comes with a user manual that tells us to keep a check on the temperature around the device, how to set up a security code, or how to use your fingerprint scanner. You can say these are guidelines you need to follow if you want to use your phone in the best way possible.

Advantage: It is easily compatible with existing test automation tools since most of them already support the record and playback feature.

Disadvantage: Scripts developed using this network aren’t reusable and are hard to maintain.

In a modular-driven test framework, testers disintegrate larger test cases into smaller modules for individual testing. The individual test scripts can also be clubbed together to create master test scenarios. It also ensures the reusability of test scripts.

Advantage: Because of its modular nature, the entire framework needn’t be altered each time a change is required.

Disadvantage: Programming expertise is mandatory to create and use this framework.

Disadvantage: It involves a lot of back and forth between the end user and the software testers and is impractical to be used for short term projects.

For multiple application test suites that need to use the same set of data as input for their tests, data-driven testing frameworks help maintain separate sources for data and test scripts. Multiple data sources can be accessed to be used for different test scenarios, reducing the need to create multiple test scripts.

Advantage: It is very time-efficient since tests can be framed using multiple data sets.

Disadvantage: Programming expertise is needed since multiple sources of data need to be verified before integration.

Advantage: Test scripts are reusable and can be developed independent of the application.

Disadvantage: It is not a very scalable framework since keywords need to be defined during the initial set up.

Hybrid test automation frameworks are created by combining one or more of the frameworks mentioned above, mitigating their weaknesses, and combining their strengths. Hybrid frameworks are very useful in today’s agile software development environment since they provide enough flexibility to adapt to new features and technologies.

How to create a test automation framework

A detailed understanding of your business applications is necessary before setting up a test automation framework. If developers understand the internal architecture and basic functionalities of an application under test, they can create better frameworks designed to test them.

Understanding how the testing environment works and how you can set up your tests to run efficiently in any of those environments is a necessary step to undertake while creating a test automation framework. Additionally, your test data needs to be stored in a separate repository from your test suites to access them independently for any project.

A smoke test is defined as a preliminary test done over an application or a user-interface to check if the basic functionalities are in place. Creating smoke test suites is important when building a test automation framework since they are the first line of defense for any bugs or build issues your applications might encounter.

For every failure or issue encountered in a test suite appropriate logging and recording of error messages, process logs, and actions taken should be a priority. Automated reporting can be a major help in case a test fails unexpectedly.

It’s a world of machine intelligence and supervised learning. Test automation frameworks leverage the power of technology to improve software production and quality. Let’s take a deep dive into the most common benefits that they provide and how they help organizations.

With strict test design and code standards in place, test automation frameworks ensure consistency in coding standards throughout the organization. This helps in implementing code reusability for multiple projects once a particular snippet of code is approved by the system.

Automation frameworks ensure lesser manual efforts and in turn, give lesser chances to human errors. Any discrepancies related to different coding standards or time constraints can be resolved by using a test automation framework since it doesn’t require much human intervention.

Test automation frameworks have reporting modules that assist them in creating comprehensive error reports. This gives developers a precise view of what applications went wrong and where the issue is detected.

Building a test automation framework comes with its own set of challenges that software developers and testers need to keep in mind. This is essential to ensure that the decision to onboard an automation framework is justified in terms of business ROI and resource handling.

Let’s take a look at the most common challenges posed for test automation frameworks.

For ever-changing test data, multiple errors might pop up at any point in the software development stage. Though test automation frameworks are trained to take care of commonly occurring errors, complex test scenarios may involve errors spanning multiple applications and can cause faulty automation scenarios for our framework.

Test automation frameworks are intricate software. It’s expensive to build them from scratch, which is often the case. Businesses need to take into consideration the developer cost, infrastructure changes, and regular maintenance overhead.

Test automation frameworks need to be scalable with changing test environments and your company’s IT infrastructure. They need to be programmed to support a variety of applications and allow testers to use them for a multitude of test scripts.

There is no wrong testing framework, there is just one that works the best for you and your organization. Each business has its own tailored needs and the test automation framework they are adopting needs to fit in smoothly with them.

Project specifications such as team bandwidth, possible environments on which the project needs to run, and future scope of the project are important parameters to consider while choosing a test automation framework.

Understanding your project requirements thoroughly helps you determine the type of framework you need for an application and whether you should go for a combination of frameworks if needed.

Creating a test automation framework is a crucial decision for any business and adequate market intelligence is necessary to settle on the right one. The right mix of open-source frameworks such as Selenium or Appium and commercial frameworks such as TestComplete is the way to go for most organizations.

Take inputs from all stakeholders

The automation testing market is projected to have a compound annual growth rate of 15% by 2026.

Test automation frameworks have made software development a lot easier and faster by shelling out test suites and environments suited to the business needs. Test automation tools efficiently support a wide variety of programming languages, test environments, and object repositories.

Leverage test automation and the numerous benefits it provides to develop your applications faster and make your software products more efficient. 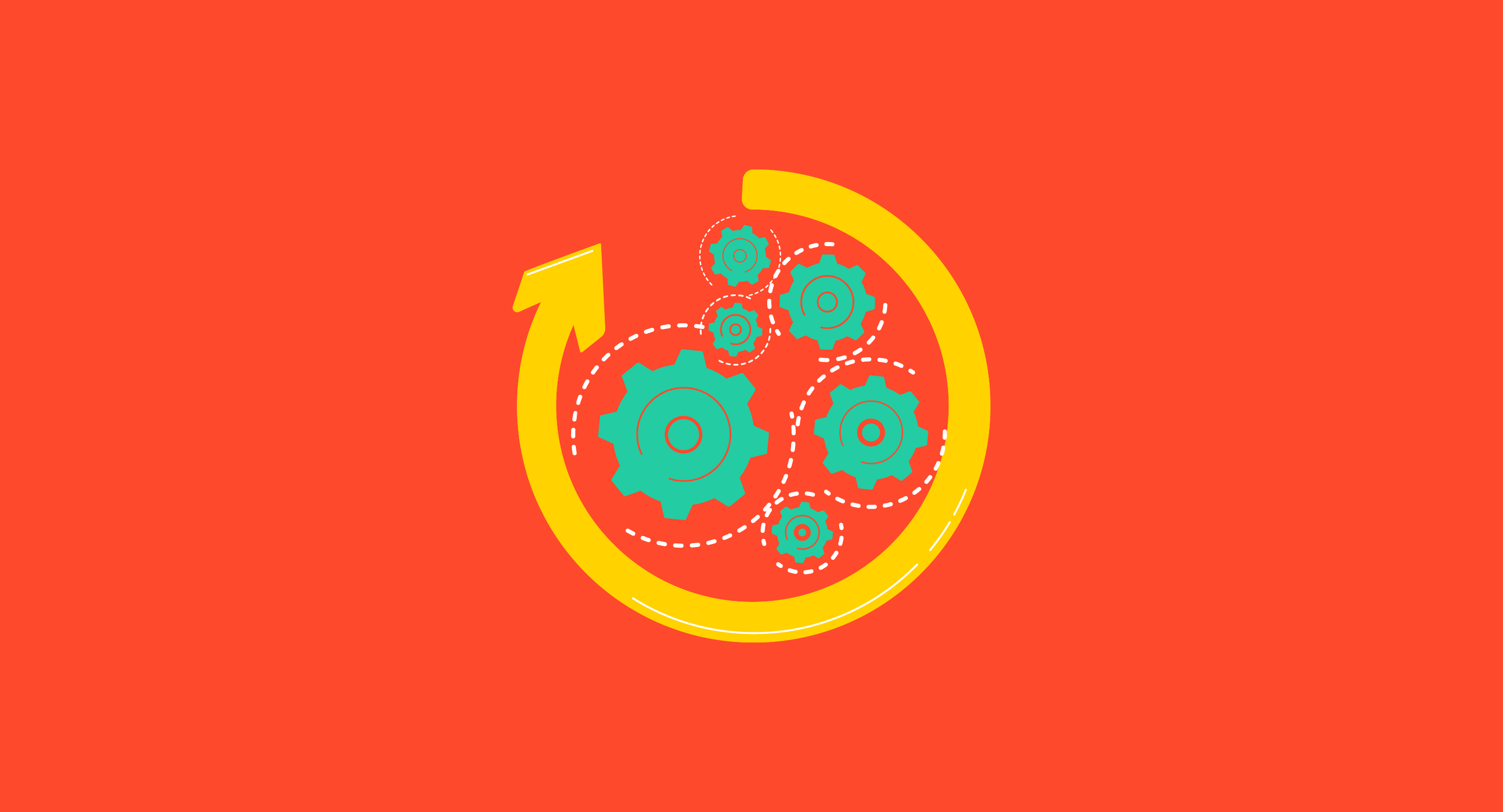 Automation can speed up your software development process. Check out the most trusted test automation service providers.

Dibyani is a former Content Marketing Specialist at G2. In her free time, you can find her scribbling fanfiction and brushing up her knowledge on various fandoms (Harry Potter, mostly).

Automation can speed up your software development process. Check out the most trusted test automation service providers. 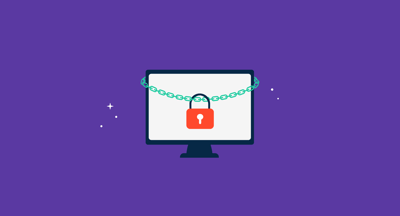 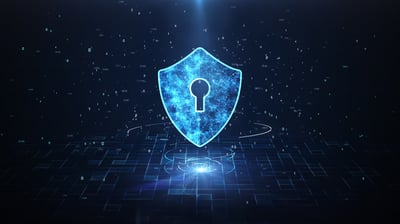 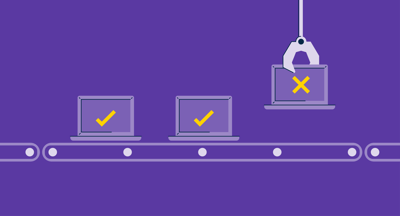