You can discuss PHP, JavaScript, Java, or any other programming language; analyze its pros and cons; experiment with different coding skills and how you go about learning them; and, in the same breath, mention Ruby on Rails (or shall we just say Rails).

After all, it’s yet another language, right?

Well no, not exactly.

As a growing business, you need to rise above the clamor and confusion of the competition, cater to changing consumer demands, and innovate in tune with rapid technological advances. The question is: Have you fully understood what RoR can do for you?

What is Ruby on Rails

Ruby on Rails is a web framework written in Ruby programming language within a framework called Rails. RoR allows developers to build databases and web applications, services, and pages.

To clear the confusion, let’s take RoR apart at the seams and examine it through a layered approach to understand it better.

Ruby is a programming language created by Yukihiro "Matz" Matsumoto in the 1990s. It was designed to think and perform as fast as you would want your business to grow.

What developers love about Ruby is its user-friendliness and vast community support. Ruby’s greatest USPs are simplicity, readability, and flexibility; qualities that are indispensable to an applications developer.

Rails, on the other hand, is an open source web application framework founded by David Heinemeier Hansson (DHH, as he’s affectionately called in the community of loyal followers) in 2003.

DHH famously quoted Rails to be, “Optimized for programmer happiness and beautiful code.” He sourced the code while he was working on Basecamp, a project management tool that optimizes messages, files, and timelines.

What makes Rails unique is that you don’t have to write every single piece of code independently when designing web applications, so you waste less time clearing the basics.

When handling large database and loads of coding work, you’re provided with a framework that gives you one-touch access to everything that you need to get on with the job without worrying over basic coding. That makes you faster, more efficient, and less worried over bugs and other coding catastrophes.

TIP: Want to learn more about other web frameworks? Discover the most popular and best web frameworks in 2019 from real-user reviews.

What is Ruby on Rails used for?

With RoR, every function that you require for applications development is at your fingertips in standardized formats; you wade in and extract what you need to proceed ahead.

From the web designer’s perspective, Rails is two things.

It’s an opinionated framework, meaning that its underlying coding assumptions make it easier for the developer to perform a wide variety of tasks.

It also works on the convention over configuration paradigm, meaning that it presents a standardized programming tool for every function – making application development faster and glitch-free. You’re not worrying whether what you’re doing is appropriately configured.

A significant designing advantage of Rails is that it follows the model, view, controller (or MVC) format. This means you can manipulate data and apply business logic to create a model that can be viewed by users, and there’s standardized coding that helps users control both the model and view.

Experts from MiroMind, an agency with expertise in SEO for SaaS projects, noticed that 70 percent of its SaaS clients' projects are based on RoR. The MVC format of RoR provides flexibility with the implementation of technical and on-site SEO optimization.

Another Rails advantage is that you benefit from the Don't Repeat Yourself (DRY) principle. If there’s a task that is repetitive in nature, you won’t reconstruct the same code again and again. RoR abstracts the repetitive task into the system in such a way that the code can be reused any number of times.

With RoR, you’re advantaged in a big way because of the vibrant and robust community of developers displaying the kind of brand loyalty that Nike would envy.

The chances are high that someone somewhere has gone through the turmoil you’re experiencing, and they'll be there to handhold you through your development crisis. Instantaneous community advice and feedback saves you the jitters of deconstructing and reconstructing development models.

In fact, “Matz is nice, and so we are nice,” has become the unofficial logo of the Ruby community – harking back to the effusively helpful personality of the language’s founder, Yukihiro.

Another plus point of Rails is that you’re rubbing shoulders with great companies that have developed and succeeded on robust Rail frameworks – big guns like Twitter, Airbnb, Bloomberg, and Shopify, to name a few.

The term Rails is not accidental, it carries meaning. When you’re on board Ruby, multiple tasks become automated, and you get a route map that railroads you efficiently to your chosen destination.

By leveraging the MVC principle of model, view, controller, every route map that you use is controllable.

There are other plus points you can’t ignore:

You’d be surprised how many web experiences that we enjoy and take for granted are powered by the RoR framework. Here are live RoR empowered websites that continue to inspire us in many ways.

Overview: For open-source and business-application developers to host projects.

Started in 2008, GitHub is the most celebrated ecosystem that hosts developers working on IT tasks in a collaborative atmosphere. It has single-handedly grown a 21 million user community – tapping the biggest code repository in the world. 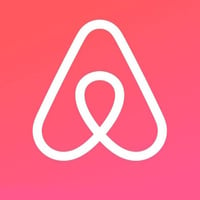 Overview: The ultimate marketplace for the global hospitality niche.

Started in 1999, Basecamp has grown into a perfectly integrated platform for taking project management to a new level. It draws substantially from RoR to power many features, such as project member organization and collaboration, task delegation and scheduling, as well as document filing and accessibility. 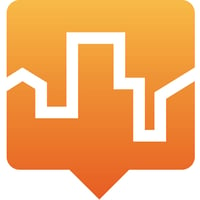 Perhaps one of RoR’s most successful applications, Apartable is where you go for information on apartments and buildings of all hues and descriptions, and where you can zero in on neighborhood stats that few real estate portals provide. 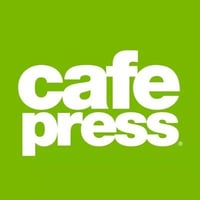 Overview: Where passion finds expression as a gift

For a vibrant example of the versatility and potential of RoR, go no further than CafePress, an online gift portal that hosts 1 billion products – catering to every taste (or passion) imaginable. The beauty of the site is it’s capability of customizing any gift to meet any demand. 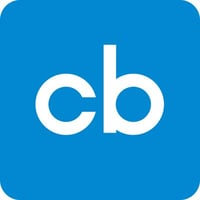 Started in 2007, this tiny team of 23 members went on to create one of the world’s most extensive catalogs of startup information in Crunchbase – listing more than 100,000 companies and investor/promoter profiles.

Business promoters search for applications that assure longevity and scalability as businesses grow. Developers maximize the return on investment (ROI) using all the tools, libraries, community support, and applications at their command.

The two views need not be divergent – as the objectives are the same. Both RoR and PHP help achieve these objectives.

However, for sheer popularity, RoR beats PHP any day because PHP suffers a framework inadequacy that RoR more than makes up.

Developers typically prefer creating new frameworks for PHP, rather than use the existing PHP frameworks, such as Zend Framework. The convention over configuration approach empowers developers to tailor RoR to suit individual needs more efficiently and faster than PHP.

To PHP’s credit, it is more web-oriented, and anything you code using PHP will run on the web. Ruby is restrained by the coding architecture that developers have access to.

PHP gives you a larger information pool with an extensive database and a more diverse toolkit to build affordable web applications. RoR boasts a stronger skill profile – sourced from a growing community of web developers that believe that a product should be transitioned as fast as possible to an ever-changing market.

In choosing between PHP and RoR, the programming language is the least of your problems; what should guide you is the end purpose of your customized web applications solution.

Java and C programmers are more likely to develop an affinity for Ruby because of Ruby’s syntax similarity with these languages. Whether you’re developing applications for Windows, Mac, or Linux, Ruby is a neat fit in all of these ecosystems.

You see a lot of beginners making a beeline for Ruby as a useful scripting language that can empower web applications development. Interest has peaked mainly because of the language’s association with RoR. The keenness to learn RoR has been spurred by social networking and e-commerce giants such as Twitter, Bloomberg, and Shopify that have become powerful using the RoR framework.

When hardened developers say that Ruby is, "A programmer’s best friend," what they’re appreciating is Ruby’s ability to limit coding and get you more focused on what’s to be achieved in the shortest possible time frame. From the career point-of-view, learning Ruby pays richer dividends by way of satisfying salaries and unadulterated coding happiness.

Railroading Ruby could change the game

Whether you’re sleek or meek, powerfully public or low profile, RoR is versatile enough to meet your every need.

Learning to code and acquiring expertise in a new language is great, but consider the benefits of moving to ROR – lowering the coding burden and providing an architectural framework that helps you accomplish your job faster and more accurately.

Many languages are nearing extinction. The same can’t be said of RoR, which is moving steadily on a growth trajectory. Who can tell? Your mid-sized business could be the next game changer securely positioned on a scalable RoR platform.

Creating applications using Rails, Ruby, or RoR? Research the best Ruby IDEs in 2019 from real-user reviews and take a look at our website building hub where you can get 50+ resources absolutely free.

Josh has 10 years of experience in the IT industry as a web developer and cloud computing expert. He frequently writes about IT and branding efforts. In his free time, you will often find him taking a walk or playing video games. 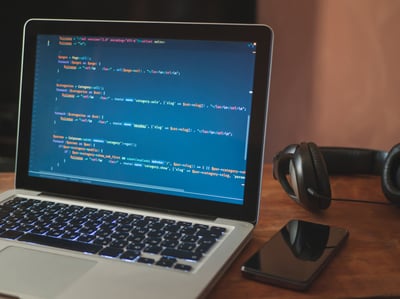 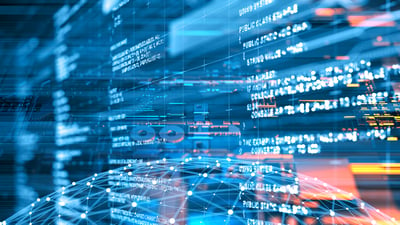 Tips for Coding Websites (If You’re a Beginner)

Everyone who is now an expert in their field had to start somewhere. And that somewhere is the...

Tips for Coding Websites (If You’re a Beginner)

Everyone who is now an expert in their field had to start somewhere. And that somewhere is the...