RCS messaging is the long-awaited upgrade to the humble SMS.

It's been waiting in the wings for over 10 years and could revolutionize the business messaging world. The clunky and outdated text message (i.e. SMS messaging) is over 25 years old, and compared to other messaging services, it looks wholly outdated.

RCS (Rich Communication Services) will achieve an annual growth of 290 percent, bringing the annual volume to 56 billion RCS messages by 2023.

The vision is that RCS messaging will eventually replace SMS. Let’s find out why.

What is RCS messaging?

Dubbed SMS 2.0, RCS will deliver a much richer and engaging experience than the plain text 160 characters that currently exists. RCS will offer many of the tools that other messaging apps have been offering for years, like group chat, video, high resolution images, and read receipts.

RCS, or Rich Communication Services messaging, is an advanced form of SMS messaging in which users can utilize higher, more advanced in-message tools.

RCS is not, however, offering any new or exciting functionality, so it’s just a catch-up strategy rather than a revolution. Where RCS is available, it could eventually become the default messaging app, so that users can seamlessly move away from SMS messaging to RCS messaging.

For businesses and brands, it could potentially open up a much more interactive way of communicating, so it makes sense why brands understandably can’t wait to get their hands on it. Consumers also seem to be giving the new channel a cautious welcome. Research reveals that nearly 80 percent of consumers find RCS appealing while 74 percent say it would make them more likely to communicate with a brand.

Although the message appears to have been well received, Virgin Trains have not released any detailed data or response rates.

In February 2018, Subway sent an RCS promotion to selected customers to test the platform. They reported a 144 percent increase in redemption rate compared to the same promotion using SMS. RCS messaging utilizes artificial intelligence-powered technologies to insert timely commerce opportunities for customers based on location and time, which is exactly what Subway did.

While these early studies make a strong case for business RCS, no new compelling use cases have emerged in recent months.

Despite huge hype in the digital marketing world and a stream of providers queuing up to show off their latest RCS products, there are some real problem that could mean that RCS fails before it’s had a chance to take off.

Apple has shown no interest in RCS

To date, Apple has remained tight-lipped on whether they’ll adopt RCS for the iPhone. On the face of it, It doesn’t seem likely as RCS would be a direct competitor to iMessage. Without Apple at the table, it’s hard to see how RCS can possibly take off as a universal messaging solution for all mobile users worldwide.

The only vague rumor of their involvement comes from a statement by Nick Lane at MobileSquared:

“We know that Apple is unlikely to consider interoperability with RCS for P2P traffic until iOS14 at the earliest, which would be 2020.”

Despite having been conceived back in 2008, no-one knows how much it will cost to send a business RCS yet.

If brands are going to be able to model the ROI of their campaigns, this most basic information is essential. A number of possible pricing solutions have been discussed. One idea is simply to match the costing policy for SMS, a simple cost per RCS sent.

Another model looks at the amount of data that is being consumed in the RCS and charges on that basis. An unsustainable suggestion arose regarding basing the cost of the RCS on the profitability of a campaign. That would leave the mobile networks sharing profits with brands.

There is also the prospect that consumers will be charged to receive RCS messages. As the technology is data-based, receiving an RCS could eat into a data plan. This will be hugely unpopular for people on restricted data tariffs and is likely to result in huge numbers of users turning away from it.

This could be particularly noticeable in the 16-25 year old bracket, where people are very comfortable switching messaging channel, depending on circumstance.

As a communication channel, SMS is still hugely effective and RCS pricing will need to thoroughly clarified or no one will be tempted to exchange SMS for RCS.

Awareness of RCS is almost zero

Even in countries where it has been fully deployed, like the UK and France, almost no one has heard of RCS messaging and very few are actually using it. The entire project has stalled. RCS just doesn’t offer anything new that will excite consumers and help raise the profile of the platform.

Precise consumers’ awareness figures are hard to come by, but Nick Lane from MobileSquared gives a rather downbeat assessment:

“There is still very little understanding around RCS within the industry despite the noticeable buzz around all of this year’s Mobile World Congress’ in Barcelona, Shanghai, and LA.”

Tim Green at Mobile Ecosystem Forum was rather more forthright and damning in his analysis:

“RCS is – for now at least – classic ‘vapourware’. It’s something that might take off… at some point in the future…we’re not sure when.”

Not all networks support RCS yet

The rollout is so slow that Google decided to take things into their own hands and recently launched RCS in the UK and France without the involvement of the networks. Other European countries are said to follow suit throughout the remainder of 2019.

Industry commentators haven’t been holding back in expressing their dissatisfaction over the glacial rollout.

“RCS is dead unless all – and I mean ALL – operators buy into it and push it out there.”

If RCS is to taking off in any meaningful way, then mobile networks will need to give it the priority it needs to gain momentum. The reality is that the launch of 5G services is taking all of the limelight and RCS is lurking quietly in the shadows.

What future does RCS have for marketers?

Despite all the hype that’s been reverberating round the industry since 2008, RCS hasn’t yet delivered anything concrete. Potential RCS providers are itching to offer it to their customers, but until the core problems have been resolved, we’re no closer to a meaningful launch than we were 10 years ago.

What’s disappointing is that there is real potential for RCS to revolutionize the way that billions of consumers use messaging. Still, the user base is growing.

For the time being, marketers who are eager to adopt RCS may be in for a long wait and there’s the very real possibility that it might sink without trace as a marketing channel. Even if a new sense of urgency emerges soon and the networks treat RCS more seriously, it will be hard to see RCS making an impact in the foreseeable future.

Want to explore all of the currently existing mobile marketing software solutions out there? See all of your options today. 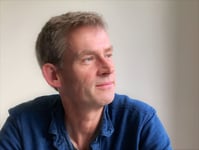 Henry is a two-time entrepreneur, founder and director of The SMS Works, a low cost and robust SMS API for developers. He’s been involved in SMS and mobile marketing since 1999 and helps companies of all sizes develop integrated mobile strategies. His mission is to show organizations how using an SMS gateway can transform customer communications at a low cost. Henry also writes on a range of topics from mobile marketing to entrepreneurship.

Corporate communication has changed significantly over the last few decades. 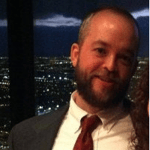 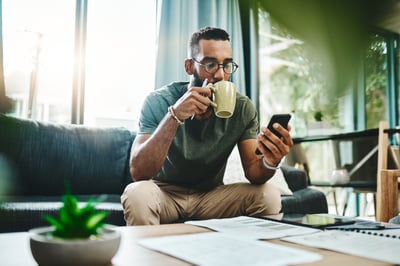 What Is Transactional SMS? The Text Messaging Revolution

You know those random text messages you get from a company saying your order is out for... 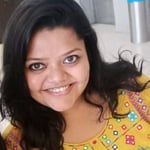 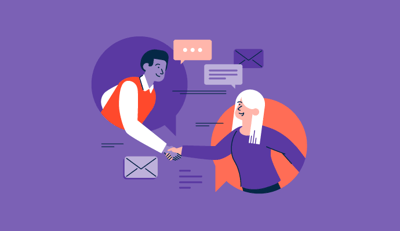 Consumer demand for personalized experiences is at an all-time high.

Corporate communication has changed significantly over the last few decades.

What Is Transactional SMS? The Text Messaging Revolution

You know those random text messages you get from a company saying your order is out for...