Before we can discuss the future of PropTech, it’s important we know how to define it in its current iteration.

Let’s get started with exploring the ins and outs of PropTech (property technology).

PropTech is a buzz word popularized by the rise of startups, SMEs, and unicorns specializing in developing technologies for the property or real estate industry. It is still a loosely-defined terminology. More than a few have attempted to define it; fewer have gained widespread acceptance.

Of those circulating in the business and academic circles, James Dearsley, Co-Founder of Unissu (a PropTech Marketplace) and Professor Andrew Baum note:

“PropTech is one small part of the wider digital transformation of the property industry. It describes a movement driving a mentality change with the real estate industry and its consumers regarding technology-driven innovation in the data assembly, transaction, and design of buildings and cities.”

At the time of writing, Crunchbase, an aggregator of investment data on the world’s companies, does not have a category for “PropTech”. Instead, they have an extensive list of markets in which many PropTech companies operate.

The current state of PropTech

No tech startup or behemoth can separate themselves from the actual market they operate in; the growth or decline of PropTech firms and real estate companies depends on the symbiotic relationship between tech providers and property operators.

Dearsley and Baum’s view of PropTech notes an important element: PropTech is not a singular discipline but a small part of a larger ecosystem of real estate industries which is constantly changing. Now, we're going to take a deep dive into the current state of PropTech.

From building to selling to buying to renting to leasing to property management, the real estate industry is hugely diversified; market participants can also be categorised by the use of their assets: residential, commercial, hospital, school, the list goes on.

Listing portals like Rightmove have become an essential part of residential and commercial sales and lettings, especially in the UK. The success of this kind of PropTech companies stems from their ability to improve access to and aggregate accurate sales and lettings information. This, in turn, attracts a new generation of real estate renters, leasers, buyers and sellers, generating an unforeseen volume of leads for agents, operators and consumers alike.

Another type of PropTech companies are those designed to and improve efficiency and reduce costs. This is especially observed in the property management space of residential properties and commercial buildings.

Taking a fully-managed rented property as an example, if the boiler breaks down, the occupier had to ring their letting agent during regular hours and explain the problem. The agent then contacts a contractor for a quotation. The quote then needs to be approved by the landlord. Eventually, the agent would be able to arrange a call-out subject to the occupier’s availability or consent to access. After all this, the occupier might still be unable to have a hot shower after the call-out because the contractor was not privy to the boiler model or specific details of the problem.

Nowadays, consumers have much higher expectations when it comes to service, convenience and transparency. Occupiers, landlords, contractors and agents are no different. We all expect faster, easier and fairer solutions to our problems. This shifting consumer expectation from tech-savvy millennials gave rise to companies like Fixflo.

It would be remiss of us not to mention the rapid rise of shared economy business models spearheaded by companies like the San Franciscan decacorn Airbnb, which, at the time of writing, is offering over 7 million accommodations and 40,000 handcrafted activities, powered by local hosts (individual entities). Comparing this inventory to the 1.2 million rooms operated by Marriott International, not only is Airbnb undeniably the biggest provider of hospitality accommodations, but it is evident that their rise in popularity is impacting other markets, especially the private rented sector (PRS).

In June 2019, Hostmaker, a company specializing in the management of properties listed on Airbnb and other lettings platforms faced mounting criticism over its advertisements on London’s underground subway network. The marketing campaign was seen by some people to be encouraging buy-to-let landlords to convert their properties into lucrative short-term holiday lets instead of catering for long-term residential renters.

When unaffordable rents and low housing supply are often highlighted in discussions about the UK’s housing crisis, any move seen to further reduce PRS housing stock can be met with a huge backlash. The adverts were eventually pulled.

Another buzzword often referred to in this area is "smart buildings". From smart meters to digital locks, smart buildings are closely related to the boom in the Internet of Things (IoT). Technological advancement is no longer privy only to software and virtual machines, but it is also now very much entrenched in the mindset of many property developers.

What does the future hold for PropTech?

Many say the property industry is ripe for technological disruption. Traditionally seen as an industry resistant to change, recent rapid adoption of innovation by almost every market participant is evident that the industry is ready and perhaps, in need for change.

Those working to predict the future of an industry or economy often opt for the plural form, ‘futures’, rather than ‘future’. That is because a multitude of variables such as regulation and technology are at play; a slight pivot of one can result in completely different futures. And regulation is a gigantic force in property and real estate. It can either propel or halt the development of PropTech.

Compliance will continue to be a big driver for PropTech and property professionals. In the UK where the Grenfell Tower fire tragedy has led to public inquiries and industry self-reflection, health and safety compliance will continue to be the main focus following years of consumer-centric policy making, such as the Homes (Fitness for Human Habitation) Act 2018 which was introduced to raise the standards of existing housing stock.

Technology providers who have made compliance their main focus will continue to thrive in the future as their end-users are required to reach higher standards in order to remain compliant.

PropTech in the future is going to be built around a cluster of open and connected solutions, most likely around a CRM or similar hubs. The reason for this is that it is increasingly difficult for individual PropTech products to be the best at solving every problem in their vertical.

When you look at dominating technology solutions like SalesForce, Xero, and Slack, they are highly integrated with numerous other software in their space, allowing users to customize their tech stack according to their unique processes and requirements.

New developments are increasingly going to be built around IoT solutions (Internet of things), meaning that sensors and automation are going to play a bigger role in properties for let and sales. If there is a burst water pipe, residents will no longer need to report it. Instead, the relevant parties will be notified via sensors and automated software.

This is not a new technology; many state water companies track leakage in their pipes using smart sensors. But the cost of applying such solutions in the residential space is still too high. As hardware production and software development costs go down as scale goes up, we will see more smart residential properties and even estates on the market.

Those who have observed the ultra-high-density urban clusters of mixed-use, high rises occupied by both residential and commercial tenants such as those common in Hong Kong, New York, and Singapore may find it easier to believe in a future where most people would live and work in similar communities.

As one Oxford student put it:

“... the ultimate future should be the shared community, where real estate developers will build entire mini-cities or towns. Within these communities, we will share resources such as schools and utilities with those who live in the same area.

Co-working spaces, community sports facilities, public transportation facilities and other infrastructure should be shared within the community. Consequently, people will not need to travel out of the community.”

Operators of these futuristic communities will inevitably need a completely different approach when it comes to managing resident experience.

PropTech, as we discussed in the beginning, is a change in mentality. While technology is a huge driver behind changes in laws and regulations, business models and even the role of all market participants, the future will favor those whose products and services keep up with ever-changing consumer behaviors.

As time progresses, so will the conversation around PropTech. To keep yourself in the loop, learn about the latest property management software solutions currently on the market today – only on G2. 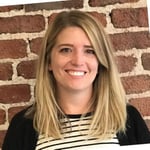 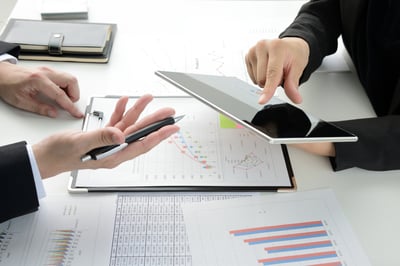 How to Write a Business Proposal That Wins More Deals

The purpose of starting a business is to solve a problem.

Sales proposals are an essential part of the sales process. They communicate the specific...

How to Write a Business Proposal That Wins More Deals

The purpose of starting a business is to solve a problem.