The words “automation” or “robots” can be a little unsettling or cause a lot of anxiety in the business world.

Many people consider automation, robots, and AI to be the devil because, given enough time, it will cause eventual death to the jobs of all workers in all industries. Right?

Concerned alarmists hear stories about jobs being replaced by automation technology and automatically assume that employees are being placed on the chopping block as a result. The presumption is that organizations are eliminating employees alongside the tasks that are being automated, but this is not in sync with reality.

The truth is, because certain tasks are being extracted from human hands and handed off to robots, workers who once performed these duties are being freed up to contribute to their organizations in smarter ways. The idea is to work smarter, not harder. These tasks require the high-level thought processes of the human mind, those which automation software is incapable of performing.

In addition to being out of sync with reality, the idea that businesses are automating the process with the specific intent of reducing their internal headcounts is wrong for another reason. Generally speaking, downsizing is only a one-time cost saving, it is terrible for company morale, and seldomly a business objective unless they are financially struggling.

Fortunately, the robots are in fact not coming to enslave us as they do in cheesy 1950s sci-fi movies. Rather, bots and automation are here to alleviate us from having to perform mundane, administrative tasks and focus our energy and brainpower on the larger, more strategic, and important ones.

The reality of automation in procurement

The reality of automation in procurement is far removed from the fantasy doomsday scenarios that loom inside the minds of many workers, and particularly those who occupy low-skill positions. Yes, it is true that some jobs have evaporated in the face of automation’s progression, but the fear is often exaggerated and misplaced.

For what it’s worth, many of the jobs thought to have been lost exclusively to automation have instead been outsourced to offshore locations. It remains true that the end result is still a job loss, but appropriate blame for the loss must be laid at the feet of the authentic culprit in order to avoid the needless perpetuation of unsubstantiated fears in automation.

When it comes to procurement, some of the fears associated with automation are justifiable, but much of the fear is illegitimate. Fortunately, all procurement workers have the competence to perform self-evaluations and to determine if they can be grouped within the sliver of procurement employees whose jobs are truly at risk of becoming casualties to automation, or if they are among the majority whose procurement jobs are secure.

If the majority of your time at work is spent copying and pasting information from ‘Column A’ to ‘Column B,’ your concerns about automation eliminating your job may be justifiable. The stark reality for those occupying data-entry positions is that there is statistical evidence demonstrating that automating their jobs results in more reliable productivity.

One of the strengths of automation is its ability to perform boring and repetitive tasks without losing any accuracy along the way. When people perform manual data entry throughout a full eight-hour workday, they tend to be far more accurate in their first four hours of data entry than in the final four. This is because the attention spans of human beings are naturally fatigued over time. By comparison, automation is demonstrably better at maintaining the attention to detail required to impeccably perform tasks like data-entry for long stretches of time.

If your responsibilities in procurement consist exclusively of data-entry work, and you find that you are altogether incapable of performing any other duties, it is best to come to this realization now and take steps to acquire some supplemental skills that would enable you to pivot and apply yourself to a more engaging set of duties.

Chances are, if your weekly work routine comprises one data-entry marathon after another, you probably dread the idea of traveling to the office each morning. Moreover, there exists an even greater likelihood that the mundanity of your work experience leaves you feeling wholly disconnected from both the mission of your organization and the function you perform in bringing company goals to fruition.

In the face of automation, if you realistically identify as a low-skill employee, you will benefit immensely by joining the multitude of workers that are actively acquiring valuable new skills and education that will allow them to provide value to either their present workplaces or their next one.

The benefits of automation in procurement

Now it’s time for the good news: The overwhelming majority of procurement employees have nothing to fear from automation. In fact, automation is one of the forces responsible for making procurement jobs more engaging, exciting, and personally gratifying.

This is because the automation of mindless tasks frees up more staff members to perform duties that require the operation of the human mind, which is something automation can never replace.

“We’ve been able to do more work with the same or fewer people,” explained Frank Cuomo, Vice President of Sourcing and Procurement for Univision.

“My goal is not to reduce headcount. That creates a false illusion of reducing costs. Reducing headcount gives you a one-time cost savings opportunity. That’s it, but if you keep that headcount and you have [the team] perform value-added activity, you can drive additional savings while leveraging automation to do the repetitive, non-value transactional activity. I want to extend the team and turn them all from tactical, transaction-performing employees to value-driven employees.”

Even though many workers think of automation as the first step in a literal robot takeover, an analysis of what automation can and cannot due reveals the precise ways in which automation is limited in its effectiveness.

Despite the ability of automation to perform tasks with clear good-or-bad, yes-or-no, black-or-white outcomes, it fails in areas of execution that necessitate the analysis of multiple factors. The more complex the decision-making procedure becomes, the more rapidly the shortcomings of automation are exposed.

However, the unfailing precision of automation empowers procurement specialists to perform their jobs more cleverly, and with a greater volume of accurate information at their disposal. Realistically, many of the positions that low-level or entry-level procurement employees aspire to occupy are made available to them at an earlier career stage because automation has allowed manpower to be repurposed for projects requiring greater brainpower.

Chad McDonald, Director of Procurement and Treasury at The Andersons Inc., a diversified agribusiness says:

“Automation [is] helping our organizations focus on things that are more strategic, rather than tactical. For example, we have eliminated approximately 80 percent of manual invoice processing for indirect payables because of these tools.”

Rather than acting as a job destroyer, automation continues to act as a great enabler and performance enhancer within several industries, including procurement. The interaction of artificial intelligence and real intelligence is where the pinnacle of modern workplace efficiency is achieved.

With automation handling the responsibilities that felt valuable because of identifiable results they produced, like a filled-out spreadsheet, procurement teams can devote more time to roles that maximize their human attributes, like building relationships with suppliers, talking through limitations, performing on-site assessments and negotiating solutions.

Bots can provide supporting data to assist with tasks like these, but they lack any of the necessary faculties to perform the tasks that create the utmost value in the procurement realm.

For David Latten, Head of Indirect Procurement at Logitech, advancements in procurement automation have given his team more time to focus on driving value to the organization. Not too long ago, the technology did not exist to automate transactional procurement. And without that tech, there simply wasn’t time to dive into the analytics.

“Historically, way too much time has been spent with transactional procurement. We’ve started to automate a lot of those processes, giving my team the headspace for value-add procurement. This is part of the wider transition that we’re looking to do.”

In fact, not only is it a falsehood to claim that automation is integrated into business practices for the sake of reducing the number of employees in the workplace, one of the underlying goals of automating practices is often to retain money for the sake of hiring more employees to fill critical roles and perform crucial tasks.

When it comes to procurement, automation permits an expansion of the supplier pool, along with simplified management of the bidding process. The net effect of the automation of just these two tasks results in greater savings with minimal effort.

For example, Chad McDonald says one of the benefits of implementing procurement automation has been the streamlining of the buying process. After negotiating an agreement with the same four suppliers for several months without a resolution, Chad realized there had to be a more efficient way to manage the process:

“Instead of buying any one of these commodities from those three or four suppliers, we’re now able to bid and buy the commodity from twenty to thirty different suppliers. Imagine trying to manage a bid process with twenty to thirty suppliers to buy one item through a spreadsheet in email. It just doesn’t work.”

Despite the seemingly ubiquitous skepticism and corporate distrust, most 21st century employers are presently looking to retain as many employees as possible if those workers embrace the culture and mission of their organizations. Locating individuals that can seamlessly integrate their habits and personalities into the established protocols of a workplace is often a loftier challenge for the HR department than the challenge of acquiring talent that arrives prepackaged with every desired skill.

Oftentimes, it is more convenient to teach a new skill to a dependable employee than it is to hire a new person who is talented on paper, and then hope that person gels with the rest of the organization.

Automation is a reality in all industries, not just procurement

Not only are human beings incapable of performing mundane tasks like data entry at the accelerated rate of software and automation systems, but they also lack the ability to maintain the same precision after hours of performing these tasks. Conversely, the duration over which a routine is performed does not affect the ability of a computer to perform it. Therefore, automation is a logical step in the progression of the completion of administrative tasks.

The fear of automation and bots is legitimate, however, the benefits are clear. Understandably, the realization that a machine or a software system can perform a cherished job duty faster and more reliably than a human hand or mind can be daunting, and rightly so if it is your job that is being replaced.

Automation is a reality in nearly all industries, and not solely in procurement. If you possess skills that add clear value to the department of the company you serve, your managers will assuredly search for ways to use automation to magnify the effectiveness of your performance, because automation is primarily a tool designed for creation rather than destruction. Work smarter, not harder.

Learn more about automation in the workplace with beneficial information pulled from G2's content hub on AI and automation. 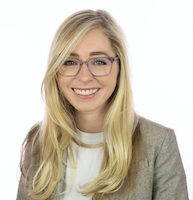 Katie LoFaso is the Senior Content Manager at Fairmarkit, a Boston based startup that helps procurement teams intelligently source the goods and services they need. Follow Fairmarkit on LinkedIn to stay up-to-date on the latest news and all things procurement and supply chain.