Should I have that slice of pizza or not? Should I carry an umbrella or not?

While some decisions can be rightly made by weighing the pros and cons – for example, it's better not to eat a slice of pizza as it contains extra calories – some decisions may not be that easy.

For instance, you can never be fully sure whether or not it’ll rain on a specific day. So the decision of whether or not to carry an umbrella is a tough one to make.

To make the right choice, one requires predictive capabilities. This ability is highly lucrative and has numerous real-world applications, especially in computers. Computers love binary decisions. After all, they speak in binary code.

Machine learning algorithms, more precisely the logistic regression algorithm, can help predict the likelihood of events by looking at historical data points. For example, it can predict whether an individual will win the election or whether it’ll rain today.

What is logistic regression?

Logistic regression is a statistical method used to predict the outcome of a dependent variable based on previous observations. It's a type of regression analysis and is a commonly used algorithm for solving binary classification problems.

If you're wondering what regression analysis is, it's a type of predictive modeling technique used to find the relationship between a dependent variable and one or more independent variables.

Another example would be predicting whether a student will be accepted into a university. For that, multiple factors such as the SAT score, student's grade point average, and the number of extracurricular activities will be considered. Using historical data about previous outcomes, the logistic regression algorithm will sort students into "accept" or "reject" categories.

Did you know? An artificial neural network (ANN) representation can be seen as stacking together a large number of logistic regression classifiers.

Logistic regression works by measuring the relationship between the dependent variable (what we want to predict) and one or more independent variables (the features). It does this by estimating the probabilities with the help of its underlying logistic function.

Understanding the terminology is crucial to properly decipher the results of logistic regression. Knowing what specific terms mean will help you learn quickly if you're new to statistics or machine learning.

The following are some of the common terms used in regression analysis:

What is a logistic function? 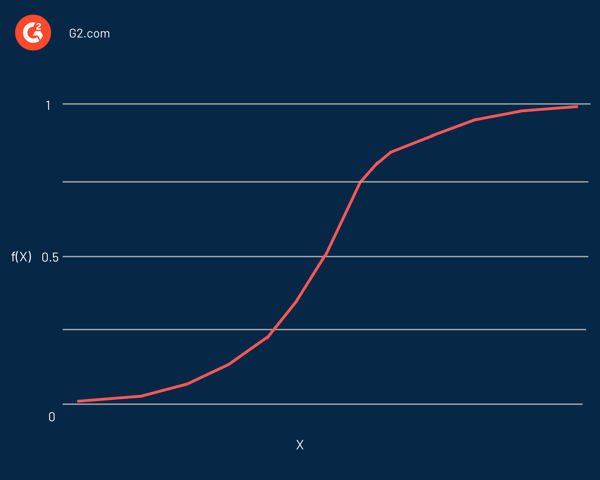 In effect, it's an S-shaped curve capable of taking any real number and mapping it into a value between 0 and 1, but never precisely at those limits. It's represented by the equation:

Here’s an example of a logistic regression equation:

As with other classification algorithms like the k-nearest neighbors, a confusion matrix is used to evaluate the accuracy of the logistic regression algorithm.

Did you know? Logistic regression is a part of a larger family of generalized linear models (GLMs).

Just like evaluating the performance of a classifier, it's equally important to know why the model classified an observation in a particular way. In other words, we need the classifier's decision to be interpretable.

Although interpretability isn't easy to define, its primary intent is that humans should know why an algorithm made a particular decision. In the case of logistic regression, it can be combined with statistical tests like the Wald test or the likelihood ratio test for interpretability.

When to use logistic regression

Logistic regression is applied to predict the categorical dependent variable. In other words, it's used when the prediction is categorical, for example, yes or no, true or false, 0 or 1. The predicted probability or output of logistic regression can be either one of them, and there's no middle ground.

In the case of predictor variables, they can be part of any of the following categories:

Logistic regression analysis is valuable for predicting the likelihood of an event. It helps determine the probabilities between any two classes.

In a nutshell, by looking at historical data, logistic regression can predict whether:

For example, it can be used to determine the probability of something being “true or false” and also for deciding between two outcomes like “yes or no”.

Tip: Logistic regression can be implemented in any programming language used for data analysis, such as R, Python, Java, and MATLAB.

The following are the main assumptions of logistic regression:

Logistic regression can be divided into different types based on the number of outcomes or categories of the dependent variable.

The following are the three main types of logistic regression.

A simple example of binary logistic regression is determining whether an email is spam or not.

It's similar to binary logistic regression but can have more than two possible outcomes. This means that the outcome variable can have three or more possible unordered types –  types having no quantitative significance. For example, the dependent variable may represent "Type A," "Type B," or "Type C".

It can be used to determine job performance (poor, average, or excellent) and job satisfaction (dissatisfied, satisfied, or highly satisfied).

Advantages and disadvantages of logistic regression

The following are some of the advantages of the logistic regression algorithm.

However, there are numerous disadvantages to logistic regression. If there's a feature that would separate two classes perfectly, then the model can't be trained anymore. This is called complete separation.

This happens mainly because the weight for that feature wouldn't converge as the optimal weight would be infinite. However, in most cases, complete separation can be solved by defining a prior probability distribution of weights or introducing penalization of the weights.

The following are some of the disadvantages of the logistic regression algorithm:

Many might argue that humans don't live in a binary world, unlike computers. Of course, if you're given a slice of pizza and a hamburger, you can take a bite of both without having to choose just one. But if you take a closer look at it, a binary decision is engraved on (literally) everything. You can either choose to eat or not eat a pizza; there's no middle ground.

Evaluating the performance of a predictive model can be tricky if there's a limited amount of data. For this, you can use a technique called cross-validation, which involves partitioning the available data into a training set and a test set. 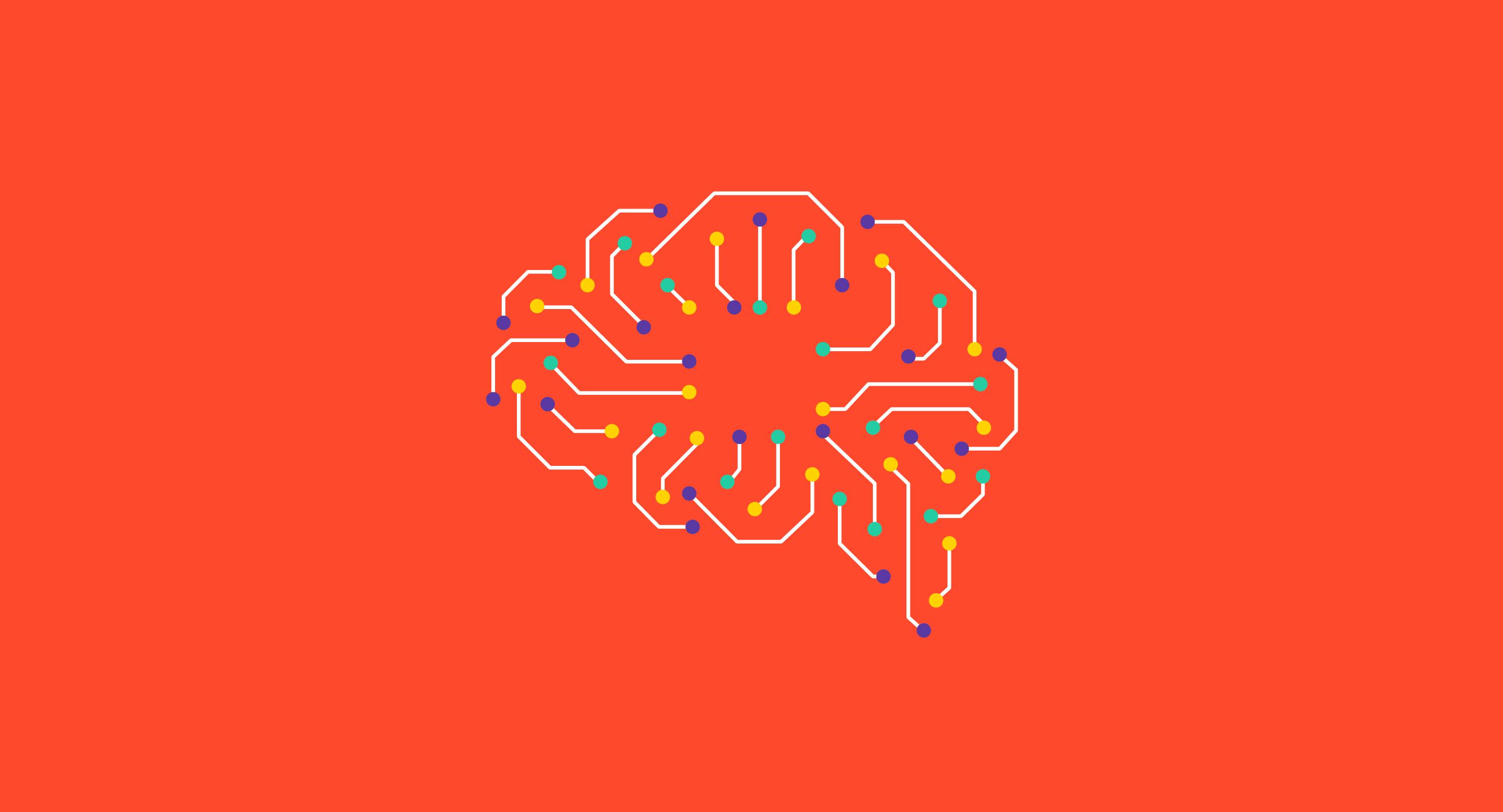 Learn more about machine learning, the branch of AI that helps create applications that can learn and improve from experience.

Learn more about machine learning, the branch of AI that helps create applications that can learn and improve from experience. 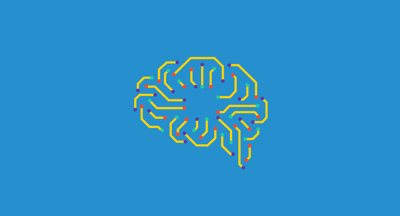 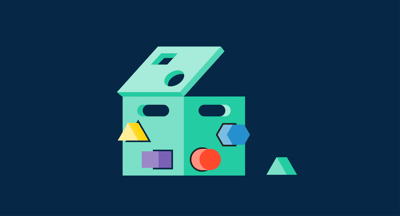 Unsupervised Learning: How Machines Learn on Their Own

What Is Data Preprocessing? 4 Crucial Steps to Do It Right

Real-world data is in most cases incomplete, noisy, and inconsistent.

Unsupervised Learning: How Machines Learn on Their Own

What Is Data Preprocessing? 4 Crucial Steps to Do It Right

Real-world data is in most cases incomplete, noisy, and inconsistent.