Being one of the most popular programming languages, JavaScript has a huge community of supporters and is used in almost any field from progressive agile websites to complex mobile apps.

The versatility of JavaScript is achieved due to a large number of frameworks and ready-made solutions. Just check the list of applications at GitHub or StackOverflow, and you’ll get the point.

In this article, we will tell you about the most popular and frequently used JavaScript frameworks and indicate the areas in which they can be applied. But first, let's pick up the basics.

Many of you are aware that there are basically two types of applications - native and hybrid. It’s not difficult to guess (according to their names) that those of the first type are more specialized solutions, while hybrid apps are universal tools with a wide coverage.

Native applications are developed using native programming languages ​​such as C++ or Objective C. This option may cost you a pretty penny. If you want your product to be present on various platforms (web, mobile, etc.), you have to pay for the development of each platform-specific solution. However, this method also comes with particular advantages. A native solution allows you to develop a product that fully reveals its capabilities and the system's scope.

Hybrid applications are more versatile solutions since they allow you to save on development and cover a large part of the market in a relatively short span of time. However, due to the fact that such applications do not have custom specifications, they often work slowly (on certain platforms) and cannot reveal their full capabilities to the user. Therefore, developers usually try to make hybrid applications simple.

We start with the most widespread framework created by Facebook in 2013. Today, React is used to develop large and complex sites that handle a lot of data.

React’s popularity comes from many advantages, for example:

However, there are also disadvantages such as frequent updates. At first glance, this may seem more like an advantage, but experienced programmers understand what it means. The pace of React development is very fast. Therefore, you need to constantly monitor recent updates and implement them on time.

Nevertheless, React remains one of the most popular JavaScript frameworks. Its scope is so wide that we will not dwell on this in detail since we'll need to write a separate article on this topic. React will work perfectly well for developing either a simple taxi service mobile app, or a comprehensive entertainment site where you need to dynamically save and process data, configure payment systems, and so on.

Developed by Google in 2010, Angular had been the most popular JavaScript framework before React was born. It is based on the MVC (Model View Controller) architecture and has the same wide scope of implementation as React has now. Since 2016, Angular has been releasing updates once every half-year.

This framework is an excellent choice for solving almost any task due to the following advantages:

Vue was created by Evan You in 2013 and wasn’t very popular at first. However, today Vue is considered among the best frameworks, and even Chinese giants like Xiaomi and Alibaba have used it for their projects.

Unlike the two previous frameworks developed and supported by Facebook and Google respectively, Vue was created by an individual developer. However, Vue successfully competes with React and Angular.

So, which competitive advantages does this unique framework have?

Is the future bright?

Definitely. JavaScript frameworks, especially the three above mentioned, will continue to be the most versatile tools for app development.

Most likely, Vue will continue gaining momentum in 2020 and catching up with React and Angular. If you are no longer a beginner in development, you already know React and Angular. Thinking about which framework to add to your tech stack, you should definitely choose Vue.

Look at the entire list of solutions, complete with our grid, to compare JavaScript Web Frameworks software on G2.

Alex Hayes studied at a technological college, and worked at an outsourcing company as a backend developer after graduation. After 5 years, he decided to share work and management life hacking skills with specialists in IT. 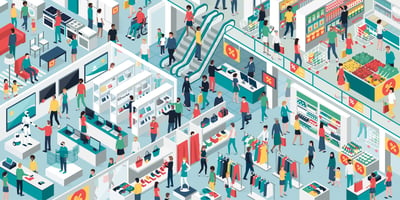 What Is Domain Authority? (+How to Boost Yours) 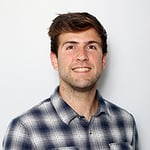 If you’re familiar with the world of software development, you might have come across the...

What Is Domain Authority? (+How to Boost Yours)

If you’re familiar with the world of software development, you might have come across the...