It’s no secret that industrial automation has been on the rise for quite some time as businesses look to produce goods more efficiently while also reducing operational costs.

Thanks to continued advancements in this technology, the demand to automate has never been greater.

What is industrial automation?

Simply put, industrial automation is the process of integrating computerized machinery, control systems, or other information technologies into your organization to replace human operations.

Industrial automation uses both hardware and software to streamline a variety of physical processes. It’s commonly used in manufacturing settings like large factories and warehouses to streamline production, assembly, and material handling.

While some trace the origins of automated devices as far back as the 17th and 18th centuries, many believe the first use of automation technology in the industrial space was in 1947. That year, General Motors created an automation department that implemented mechanized controls to speed up production in their automobile assembly line. Shortly after, the manufacturing and digital revolutions merged when the first industrial computer system was built in 1959.

Following these breakthroughs, further advancements in industrial automation were made when the first control systems entered the market. The first programmable logic controller (PLC) was developed in 1968 by Dick Morley, an American mechanical engineer, and the first two distributed control systems (DCS) were developed in the mid-1970s by Honeywell and Yokogawa.

Control systems serve as the foundation of industrial automation because they manage, monitor, and direct automated devices and equipment to take certain actions. These systems consist of PLCs and input and output devices like pressure switches, pushbuttons, valves, actuators, and more.

While control systems are comprised of all the necessary components that carry out the automation processes, they must be connected to a network to communicate with each other.

Control networks are crucial to industrial automation, as they act as a bridge that connects software applications, control systems, and automated devices onto one channel. This single channel allows them to safely communicate and transfer data. To develop a strong and secure connection, these networks apply several communication protocols that sync controllers and machines together, allowing them to successfully carry out their assigned operations.

In addition to control systems and networks, other common components of industrial automation include:

As industrial automation continues to evolve, new devices have become an expectation rather than a surprise. With a plethora of high-tech devices and machinery, industrial automation can be used for a variety of different purposes. Therefore, many businesses and industries can benefit from implementing this technology into their infrastructure.

With the industrial automation market now worth over $50 billion, this technology continues to expand to fulfill a wide range of functions and be applied to numerous business models.

Since industrial automation is intended to improve production speeds, costs, and efficiency, it’s typically geared toward larger corporations and factories. However, some small and midsize businesses can benefit from these applications as well.

Industrial automation has single-handedly transformed the way businesses operate, but more importantly, they have changed the way information is shared on a global scale.

Automation software and equipment is commonly used in industries and processes like:

The industrial automation hierarchy is broken down into four layers:

Every device, system, and software is categorized into one of these levels to demonstrate how they sync with each other and into the business model they’re being applied to.

Commonly referred to as “the eyes and arms of a process,” the field level is the lowest level of the industrial automation hierarchy and where physical actions and machine monitoring takes place. It’s composed of field devices and equipment such as actuators and sensors:

Sensors translate real-time data from various processes and equipment into electrical signals and send them to the PLC for continued monitoring and analysis. Actuators then convert these electrical signals into automated functions. This data is used by the PLCs to decide which control output or action to take.

The control level is the next level of the industrial automation hierarchy where mechanical operations are executed. It includes automation controllers such as PLCs and computer numerical controls (CNC) machines:

PLCs and CNC machines acquire the process parameters from various sensors and then direct the actuators to program a specific function based on the sensor signals and control technique.

As one of the upper tiers of the industrial automation hierarchy, the supervisory level is where devices and monitoring systems enforce more control and adjustment over automated functions.

This level includes technology such as HMI, DCS, and a SCADA system:

The enterprise (information) level is the top layer of the industrial automation hierarchy where the entire system is managed. In contrast to the other levels, this tier focuses more on the commercial side and less on technical operations.

Most businesses typically implement an enterprise resource planning (ERP) system at the enterprise level. ERPs use a suite of online applications to provide an overview of all operations taking place, from finances to production.

Since the enterprise level focuses on managing the industrial automation system, data collection is vital to understanding the operations. Communication channels deliver information up and down the hierarchical pyramid, so businesses can segment this data and gather valuable insights into each automated process.

Data travels across the different levels through various communication networks like:

Using these communication channels and the insights gathered, much of the enterprise level involves production planning, customer and market analysis, and orders and sales.

In addition to understanding the various levels of industrial automation, it’s also important to be aware of each type of automation system and how they differ.

These four main types of industrial automation are:

Since this technology is not one-size-fits-all, businesses should evaluate these four automation types to see which will best meet their needs. The main differences between these industrial automation categories are in how they operate, integrate into infrastructure, and transform certain processes.

Here’s a quick breakdown to help you understand how each system works.

Fixed (hard) automation is the technology and machinery focused on increasing production rates. It typically involves a repetitive or fixed set of sequences (hence its name), such as product assembly or processing.

This equipment is typically programmed to mass-produce a specific product, making it difficult to alter the way it functions and its yields. Despite this limitation, it’s one of the most common forms of industrial automation because it improves overall efficiency and operational speeds and reduces human error, unit costs, and labor.

Although this type of industrial automation is an expensive investment due to steep setup and implementation costs, it can save companies a lot of money in the long run. Fixed automation is especially beneficial for businesses that produce large quantities of items or use continuous flow processes.

Some common examples of fixed automation include automobile assembly, chemical manufacturing, and other mass material handling processes like conveyors or transfer lines.

Programmable automation is used in machines and equipment that involve assembly and processing tasks. While this type of automation is similar to fixed automation, it differs by allowing its automated operations to be reconfigured and reprogrammed based on electronic controls.

Programmable automation typically works best for batch production of medium to high volumes, since new programs and steps can be applied or modified for each batch. Although programmable automation allows for changes to be made, this can be a difficult and lengthy process because it requires new commands to be uploaded and, in some cases, new tools to be added.

Like fixed industrial systems, businesses that decide to apply programmable automation must be willing to make a large initial investment but can save a lot of money over time.

Flexible (soft) automation is an extension of programmable industrial systems but differs slightly. While flexible automation carries out many of the same operations as programmable systems, its users can input automatic and rapid changes rather than going through a lengthy reconfiguration process.

Flexible automation uses a human-operated, centralized computer that controls and updates the production process and a material handling system that groups its machine tools together.

To make changes or reconfigure systems, a human operator installs a code into the computer that signals which job to do, the operational sequences to follow, any product adjustments to implement, and which specific tools or equipment to use to execute the automation process.

This technology can also manufacture various product designs and program machinery to assume multiple tasks on the same assembly line. Once complete, the final products are automatically transferred to the next machine.

Compared to the other three automation systems, integrated automation removes the need for any human intervention. This technology automates the entire production process using one control system that manages and syncs all the associated machinery, operations, and data.

Integrated automation can involve many different technologies, such as:

Integrated automation is compatible with both batch processing and continuous flow processing. This system is used in a variety of industries, like packaging, food and beverage manufacturing, plastic processing, and more.

Advantages and disadvantages of industrial automation

Thanks to its expansive functionality, equipment, and applications, industrial automation has become one of the most versatile tools for businesses to use. Like any other technology, there will always be pros and cons that come along with employing automated operations.

Industrial automation has transformed the way many do business. Everywhere you look, there’s some form of automated equipment or device performing a job. Despite skepticism during its beginning stages, it’s become clear that this technology is very beneficial for both businesses and their consumers.

Some of the most common advantages associated with industrial automation include:

While businesses can reap many rewards from implementing industrial automation, it’s not without its drawbacks. Technical devices and equipment will always come with some margin of error and disadvantages, as no system is foolproof.

Some of the most common disadvantages associated with industrial automation include:

Businesses would be wise to assess and weigh these advantages and disadvantages to decide which industrial automation systems are right for their market, if any at all.

With the industrial automation market projecting significant growth well into the future, the demand for automated devices, software, and equipment remains high. This technology has become an invaluable asset for businesses worldwide, especially at a time where consumers have become accustomed to quick operations.

By evaluating which software and hardware will pair well with their infrastructure, meet current trends, and yield long-lasting results, businesses can set themselves apart from the competition and enjoy the unparalleled financial and operational benefits that industrial automation delivers. 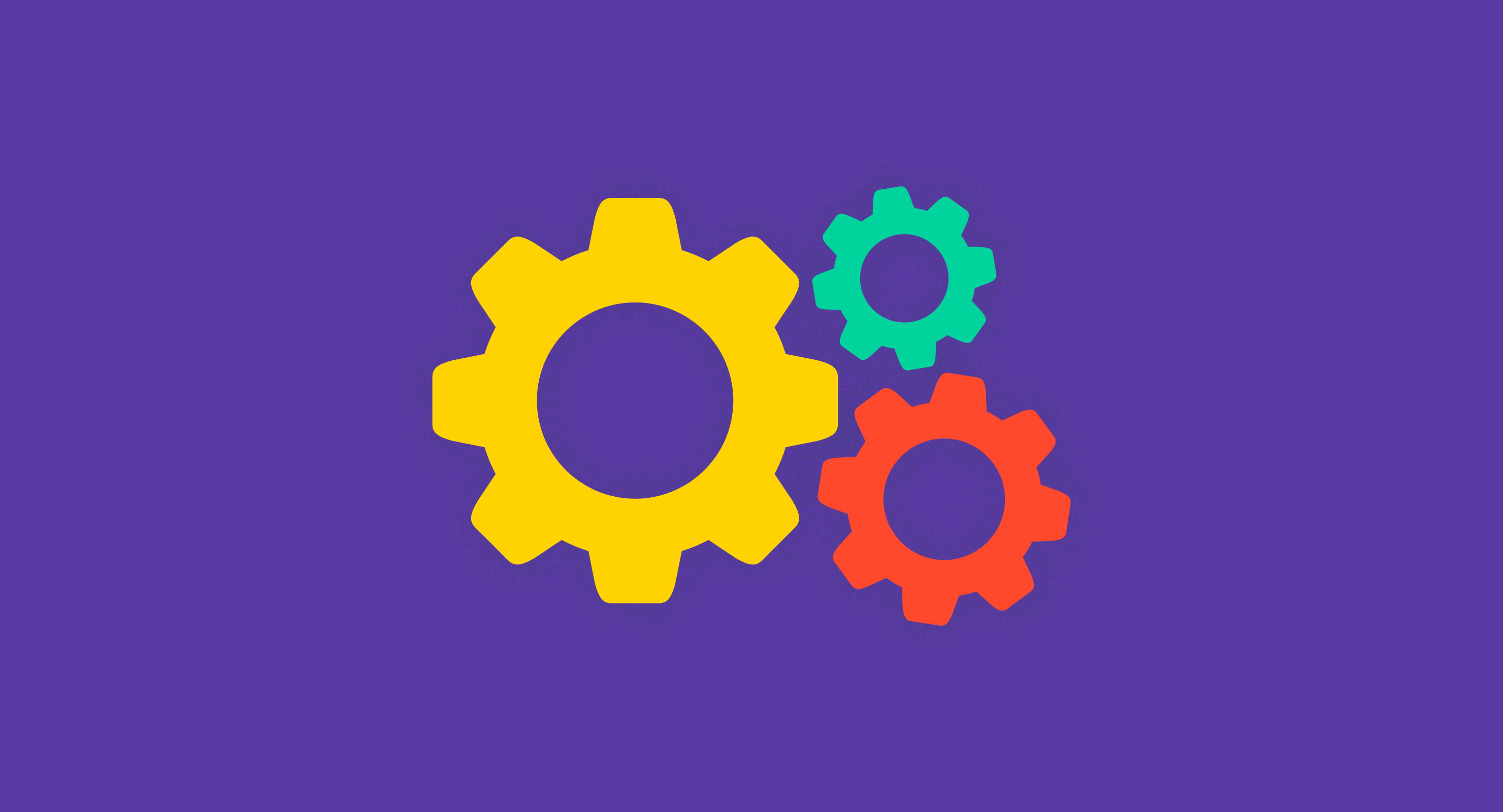 Transform and roll out

Discover different types of automation software to help you with your business needs.

Heather Scurti is a Creative Content Associate for Century Business Solutions who loves using her expertise to produce informative content about the world of credit card processing and B2B relations. In her free time, Heather enjoys staying active and spending time with her four-legged best friend.

Transform and roll out

Discover different types of automation software to help you with your business needs. 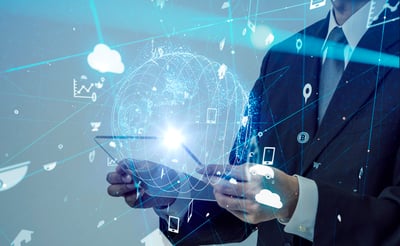 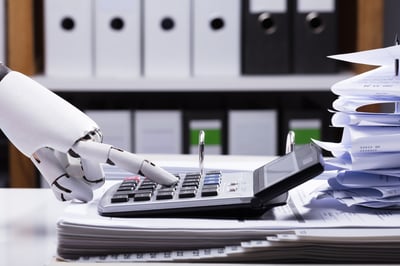 How to Implement Business Process Automation at Your Company

Many SaaS companies provide business process automation, but finding the right place for it... 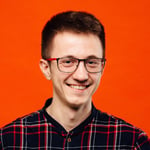 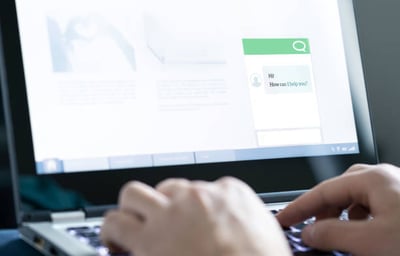 Most aspects of our life can be automated today, and customer service is no exception.

How to Implement Business Process Automation at Your Company

Many SaaS companies provide business process automation, but finding the right place for it...