As the business scales begin to tip in favor of remote workers, the culture shift around meetings is evident.

It is no longer practical or efficient to necessitate solely in-person meetings. But just because our employees are tuning in from home doesn’t mean they stop participating in the fullest. Conference meetings need to be just as accessible for our team members that have a blouse on overtop of pajama pants as they are for our in-person employees.

Hybrid virtual meetings don’t have to be seen as a nuisance, in fact, they can be more valuable than traditional in-person meetings. Beyond the fact that they’re inexpensive ways to get people together – think: no travel costs and free software tools – they’re also great opportunities to build engagement, trust, and candor among teams and build meaningful relationships among colleagues near and far.

Too many meetings, virtual and otherwise, are bogged down by overdone introductions and convoluted updates. With a hybrid meeting, everyone’s time is even more valuable as you are potentially working with multiple time zones and many different IP addresses. The time saving solution is to send out a simple meeting agenda in advance that reports on key discussion items and reintroduces meeting participants to one another ahead of time. That way, once all parties are present in the conference room — virtual or otherwise — they are ready to hit the ground running.

This type of pre-work prepares all participants to take full advantage of the meeting by thinking ahead about the content and formulating ideas and getting to know others in the group, which helps keep team members engaged during virtual hybrid meetings. But one thing is critical: it is assumed that everyone has read the pre-read. Not doing so is not only an ethical violation against the meeting members, by stealing time away from the team, but also disrespectful against the form of the meeting.

To cut off potentially unproductive hybrid video conference behavior before it starts, make sure all participants are aware of the cruciality of preparing appropriately for the meeting. Specifically for those members who are not as familiar with the hybrid form, whether they are meeting in-person or virtually, an unfamiliar environment has the potential to disrupt the flow of an otherwise seamless meeting.

Tip: Learn more about virtual teams and how to manage them well.

2. Come prepared with your team’s opinions

Not only does everyone involved in the hybrid video conference meeting need to do their pre-reads, but once you set your agenda, make sure you discuss with your team what is going to be covered and your consensus opinion.

What happens all too often during hybrid meetings is people begin the video conference with a point of view, but because they have not done their due diligence, they get overwhelmed with the noise and array of opinions being expressed. This can lead to folks reversing their opinions once the call has ended and they’ve learned new information that they should have obtained in advance.

If a topic is on the agenda that has interdependencies with people who work in your physical location, get their input ahead of time so during the hybrid meeting you are best representing all of your team constituents.

A collaborative problem solving session is a good replacement for those standard “report-outs” at the top of meetings that have a tendency to weigh it down. When the facilitator raises a topic for group discussion and all hybrid video conference meeting participants work together to unearth new information and diverse viewpoints, your team is seeing one another as sources of advice.

This form of subtle peer-to-peer coaching builds trust between team members who otherwise (based on their location) would not have the opportunity to work together. To generate fresh ideas in response to business challenges, your employees need to feel comfortable and intellectually stimulated. Kill two birds with one hybrid video conference meeting by instituting a collaborative environment.

4. Give each team time on the agenda

Along with collaborative problem solving, allowing each team involved (your in-person group and every different team that is virtually present) their own time on the agenda fosters greater collaboration by getting input from all participants.

In advance of the session, have team members write up a pertinent issue they’ve been struggling with and bring it to the table, one at a time. Each team member then gets five minutes on the agenda to discuss their idea while presenting the threads of feedback that they are looking to receive back from the group, either asking specific questions or requesting general advice. The hybrid group then goes around the meeting so every team has a chance to answer or ask a question of the presenter or offer advice. This is an effective use of a collaboration technique that is easily managed in a hybrid environment while also being the most efficient way to receive and challenge diverse opinions.

In a physical meeting, you would never make a phone call and mentally check out from the meeting. Hybrid meetings also have social norms: don’t go on mute and leave the room to get something or respond to emails, killing potential for lively discussion and creativity.

As leaders, we must establish a standard: Just because you are in a hybrid meeting and it is easier to be disrespectful, it has to be understood that it is unacceptable. Just because behavior isn’t noticeable doesn’t mean it has no effect on the meeting. We are talking about civility and respect for team members and coworkers, so if you wouldn’t do it in person, don’t do it virtually.

Tip: Using the right video conferencing software allows the meeting creator to have people contribute by speaking, screen sharing, writing, or sharing files online to all active members in the call.

Multitasking is commonly thought of as a way to get many things done at once, but during a hybrid meeting it can be viewed as a way to do many things poorly. Despite the brain’s remarkable complexity and power, there is still a bottleneck in information processing when it comes to performing two distinct tasks at once. Not only is this bad for the brain, it’s bad for the team. Not to mention distracting during a video conference. Meeting leaders should set a firm policy that multitasking during hybrid meetings is unacceptable, as it is ultimately important that all members be mentally present.

One way to nix multitasking during video calls is to have the meeting facilitator call on people to share their thoughts. Not only is this practice efficient in all types of meetings to expand creativity and the influx of ideas, but it is a great step toward banning multitasking.

No one likes to be viewed as unprepared, so if your meeting participants know that at any moment they may be called on to share, they will be more apt to pay attention throughout the entire meeting. Another simple way to put an end to distracting multitasking is to assign rotating tasks to members during the meeting. People will be less apt to secretly be checking if their Amazon order has shipped if they are about to take over keeping minutes of the meeting.

7. Formalize the water cooler (and keep it online)

Have you ever been in a meeting and just when it ends, everybody walks out and vents their frustrations next to the water cooler? Instead, make the water cooler conversation the formal ending of the hybrid video conference meeting. Roughly ten minutes before the scheduled end of the meeting, do what everybody would have done if it were a physical meeting, but do it in the meeting to include all remote workers.

Conversely, you can use internal communications software where your team members can communicate and require everyone to move post-meeting conversations there.

Instituting a transparent and intentional space for grievances or feedback is the only way to process people’s real feelings on the meeting. I’m sure you are thinking that this is easier said than done, but it is a perfectly reasonable ask to have everyone go around and say what they would have done differently in the meeting, or ask an unanswered question that they potentially felt was not necessary in the throng of the meeting.

For yourself as well, this is the time when you say what you disagreed with, what you are left feeling challenged by, what you are concerned with, and so on. If you lead this public and honest water-cooler conversation, then your team members will follow and you will all leave the meeting without any grievances to air and a newfound sense of emotional productivity.

Most importantly in virtual meetings, civility and respect must be the norm. There have to be inalienable, ethical rules that you follow before, during and after a virtual meeting for it to be truly successful. And that means adhering to two fundamental principles: Be respectful of others’ time and be present.

Failing to do so steals precious hours from the team that can never be recovered. Remote teams potentially have enough problems building candor and trust; teams separated by distance really need to have great meetings to build these connections.

Want to ensure you're addressing all of your employees' most pressing needs? Use employee engagement software to get feedback about meetings, coworker interaction, and overall happiness with your strategy!

Sophia Bernazzani is the Content Marketing Manager at Owl Labs, creator of the Meeting Owl, a 360° smart video conferencing camera. She lives and works in Boston, Massachusetts, and when she's not writing about leadership and remote work, you can find her doing yoga or taking pictures of her cat. 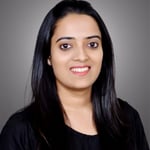 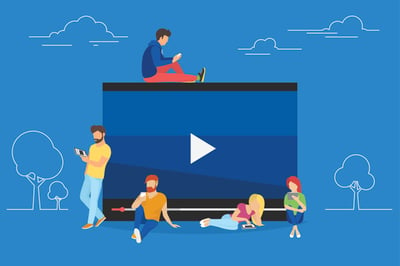 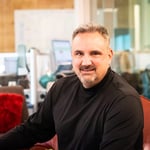 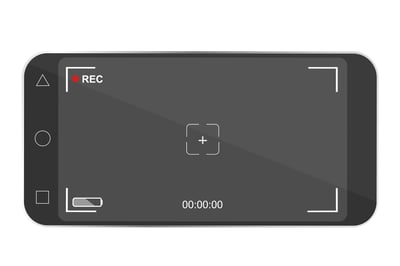 The video revolution has been exploding onto the scene for the past few years. 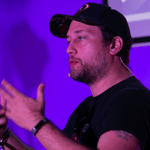