The tech industry has been growing for decades and the demand for technical workers isn’t slowing down anytime soon.

It’s a common belief that all engineers make a lot of money. After all, software engineers working at some of the top companies in the industry receive extremely high salaries, but not all tech jobs are the same. Let’s start with the big question: who makes the most money?

Freshly-crowdsourced data from Glassdoor shows that the highest-paying jobs in the US aren’t actually tech jobs. The highest paying job is physician, with a median salary of $193,415, followed by pharmacy manager ($144,768), and dentist ($142,478).

Even though software developers don’t make the most, many of them still make substantial salaries. While the average annual base pay of software developers according to Glassdoor is $80,018 as of October 2019, there is a lot of variation. Here’s a breakdown of the highest-paying tech jobs right now.

The annual Stack Overflow Developer Survey shows that engineering managers, DevOps specialists, and data scientists make the most money. These results are especially interesting because they come from a self-reporting survey. 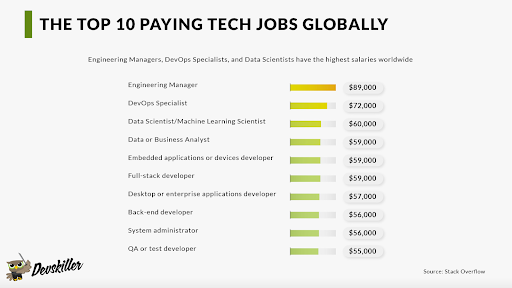 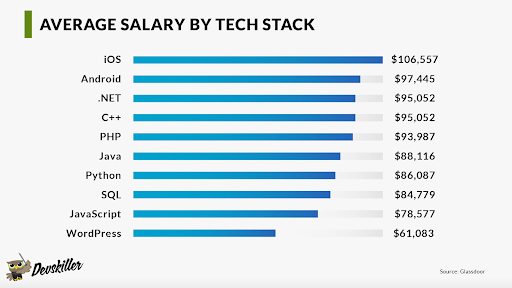 Curiously, WordPress developers make the least—over $19K less than the average. According to Stack Overflow data, the situation looks completely different, with Scala in first place at a staggering $143K, followed by Clojure at $139K and Go at $136K.

According to Dice, the tech job titles that are associated with the highest paychecks are tech management (CEO, CIO, CTO, VP, DIR), systems architect, and strategist. This comes as no surprise due to the role these people play in overseeing and motivating a variety of high-value specialists. They are also responsible for a number of processes that are key to supporting company goals.

In 2019, tech management saw a +8.2% change in salary year to year and product manager saw the biggest dip of -4.2% year to year. However, both are still among the highest-paying tech jobs in 2019:

Technology professionals with the right technical skills have a lot of job opportunities, making them very selective when it comes to settling on a company. This makes things difficult for employers, who consistently have to find new techniques for hiring employees in tech. Here are three salary-related recruitment strategies for hiring tech professionals:

1. Be ready to negotiate salary levels in the interview room

The findings of the C-suite Challenge 2019: The Future Ready Organization show that attraction and retention of top talent is the number one concern C-levels have this year.

This state of affairs is by no means new and the talent shortage concern has resulted in higher hiring budgets. As a result, tech professionals are more comfortable negotiating salaries because they have multiple job opportunities lined up.

As an employer, you should have a clear budget for every job position you’re recruiting for. Salary levels should be decided on well before you invite the candidate to their interview. Why? Because the earlier you present the candidate with an offer, the more likely they are to accept it. What’s more, deciding on the budget typically takes a while, and in the time it takes you to establish the budget, the candidate is likely to be snatched by your competitors.

It’s common in the tech industry to boost compensation with bonuses. According to PayScale, the typical bonus for software developers ranges from $517 to $11K.

One of the ways recruiters use bonuses at the recruitment stage is to offer a sign-on bonus (also called “exploding bonus”). These tend to work really well as an extra incentive to join the company. They can be also used when the annual salary offered is lower than expected. Companies are often more willing to pay sign-on bonuses than increase salaries because they come with a lower risk for the company since they are not recurring commitments.

Another way to leverage compensation-related data is to offer the benefits that matter to a particular professional group. In the case of developers, training and certification are most valued, according to a Dice study. However, developers don’t often receive these benefits. This is by far the largest disparity in benefits that tech pros find important vs. the ones they currently have. 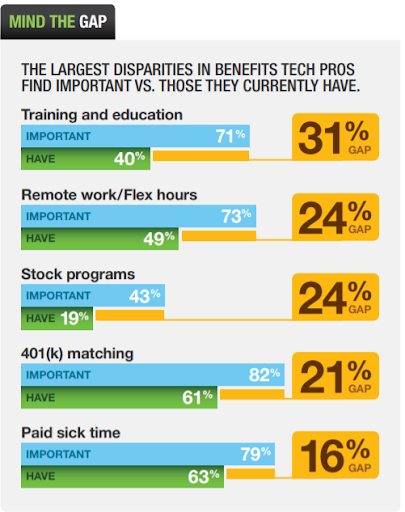 What’s more, almost half of tech professionals have some type of certification, but of those who don’t, 30% say time constraints or the fact their employer doesn’t pay for the certification are the main reasons.

3. Be transparent about the salary you offer as early as you can

The findings of the Stack Overflow Developer Hiring Landscape report show that compensation and benefits of a job are the number one factor for developers assessing job attractiveness. The study shows that developers would like to see the details of the compensation range as early as possible, ideally in the first email. Disclosing this information early in the recruitment process means you only speak to the candidates who are happy with the pay you’re offering.

Get paid in tech

Tech jobs may not be the highest-paying jobs overall, but it’s true that some tech professionals make great money. If you’re a recruiter, a developer, or hold a computer science degree, knowing which tech jobs pay the most could come in handy.

Recruiting software will help you find the best tech candidates.

Tom Winter is the CRO at Devskiller, a developer screening and online interviews-in-one platform powered by RealLifeTesting™. Madly in love with everything tech, Tom specializes in streamlining the hiring process of tech talent and data-driven recruitment. He’s also an avid conference speaker.

How to Be an Effective Marketer in an Unconventional Industry

To be a passable marketer today, you need to understand the product or service you offer,... 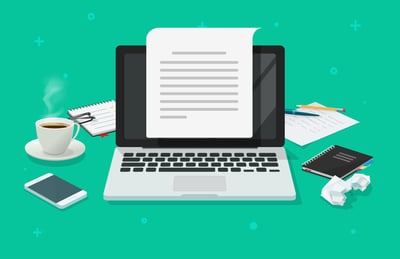 When you sell tech products or solutions to other engineers, everything’s simple: all they... 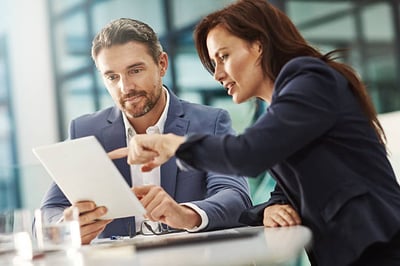 Everything You Need to Know About Multi-Touch Attribution 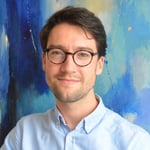 How to Be an Effective Marketer in an Unconventional Industry

To be a passable marketer today, you need to understand the product or service you offer,...

Everything You Need to Know About Multi-Touch Attribution