Few career paths are as romanticized or as misunderstood than the profession of entrepreneur.

The very language we use to discuss successful entrepreneurs is steeped in mythological references.

This kind of thinking adds a layer of opacity to the world of entrepreneurship and can be discouraging for people who would otherwise find their calling as a entrepreneurs. After all, the stories tell us that entrepreneurs are mythical heroes who are born with the constitution to lead, to hustle, and the special cocktail of character traits that ensure success.

What is an entrepreneurial mindset?

It is the often-cited “entrepreneurial mindset” that is invoked as the entrepreneur’s source of power, and there the conversation ends. Here’s the truth: entrepreneurs aren’t born – they’re made.

The “entrepreneurial mindset” isn’t a concrete set of immutable character traits that you are or are not born with. Rather, it is a collection of learnable skill sets that are accessible to anyone.

It is often the intangible aspects of a new venture that ultimately dictate success. One of these "soft skills” that is central to the entrepreneurial mindset is self-awareness.

On one hand, a leader must be humble enough to recognize his or her own weaknesses and be able to ask for help; nothing significant in life is done alone. On the other hand, an effective leader must have the confidence to act decisively, commit to decisions, and see those decisions through to their conclusions.

Threading the needle between these two isn’t an easy task, but it is a skill that everyone has to learn if they want to be an effective leader.

It may come easier to some than others, but this is a skill that is honed, cultivated, and developed — not something humans have from birth.

We are currently living in the midst of a mindfulness movement.  What many people may not realize is that that successful entrepreneurs have been practicing mindful living for years.

Mindfulness is more than meditation and taking walks. In fact, the word gets thrown around so much that it has lost a lot of its meaning when said in general conversation.

A person who lives a mindful life is a person who is focused on what’s happening in the present. They are focused on the here and now without spinning a narrative about what it means or comparing it to what other people are doing.

Mindfulness means not being preoccupied with events that might happen in the future or replaying the past on repeat in your head.

Truly mindful individuals always know exactly what they are doing and why they are doing it — something that requires a healthy dose of self-awareness. This is especially apt for entrepreneurs with crowded schedules and a mountain of work on a daily basis.

A mindful approach to a task-heavy day means carefully considering the purpose and desired outcome of your actions and making sure you’re doing them for the right reasons.

Entrepreneurs who practice mindfulness start from a self-aware foundation. They are better equipped to handle decisions without their emotions getting in the way, and they act with thought and purpose.

Together, self-awareness and mindfulness culminate in a self-actualized life, and this is what people truly mean when they are talking about the entrepreneurial mindset.

Individuals who are living self-actualized lives are governed by internal goals. They are open to expressing their own creativity and are often perceived by those around them as authentic.

Starting a business is the ultimate creative act. Forming something that is successful, durable, and makes an impact on people’s lives out of the randomness, ambiguity, and uncertainty that characterize the entrepreneurial ecosystem can’t be called anything but creative.

Creativity – just like mindfulness, self-awareness, and self-actualized living – is something that anyone can cultivate in themselves.

Even if you aren’t a "creative type,” you will be surprised at how mindfulness and self-awareness can have a focusing effect that allows your creativity to soar. Creativity is an enduring human trait that can be both very powerful and personal; no one can take that from you.

In his 2003 book, The Change Makers, Maury Klein profiled 26 of the greatest U.S. entrepreneurs of all time.

His conclusion? Outside of some very superficial characteristics, such as hard worker, they really didn’t have much in common.

Some succeeded in school. Some were dropouts. Some came from great families; others came from broken homes. Some were very popular and sociable, while others were loners and misfits. There simply isn’t an overarching or deterministic "entrepreneurial personality.”

Klein summarized what each of these men (they were all men, sorry) had in common was a series of intersections.

“Every man had his own vision, his own style, and his own obsessions. Their common ground seems little more than a series of intersections where their ways of doing business crossed. No single explanation could embrace their roads to success or the routes by which they reached their destination. No formula or set of rules can transform one into a great entrepreneur any more than it could produce a great artist or scientist.”

Does this mean that successful entrepreneurs have no shared traits? Absolutely not.

It is no secret that starting your own venture requires vision, hard work, calculated risk-taking, a desire to fail fast and live out your passion. However, many people have these traits, and they alone don’t guarantee success.

Demystifying the world of entrepreneurship is a critical first step in quantifying it. Not only will this help us better assess which ventures have a high chance of success, but it will encourage entrepreneurs to take those crucial first steps to bringing their own ventures to life.

Specifically, entrepreneurs who might have otherwise thought that they were unfit in some way – particularly women and minorities who don’t see themselves represented when the lists of great entrepreneurs are shown.

Though it is often thought of as a "black box,” the entrepreneurial mindset is really composed of a core set of learnable traits. This means that our definition of who has the potential to be a successful entrepreneur should not only be revisited, but radically expanded.

The myth that entrepreneurs are born, not made, should go the way of the eight track. It is harmful, restrictive, and unproductive. Instead we should celebrate self-awareness, cultivate mindfulness, and encourage self-actualized living. Not just in the lives of those we want to see succeed as entrepreneurs, but in our own lives as well.

Not all – but many – entrepreneurs strive for greater things, like business ownership. If you feel like taking the plunge into owning your own business, find out how to create a top-notch business plan in G2's guide. 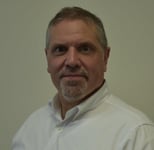 Ken Colwell, PhD, MBA, is a seasoned strategic and operational leader with extensive experience working within entrepreneurial ecosystems. Dr. Cowell is currently the Dean of the School of Business at the University of Houston - Victoria. He is the author of bestselling guidebook, Starting a Business QuickStart Guide, published by ClydeBank Media. 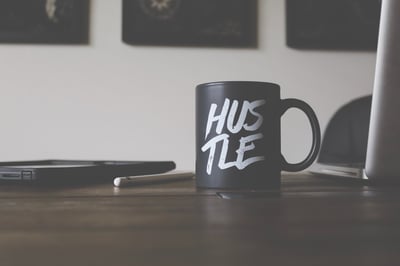 Some people have a burning desire to run their own business, but there are also those who...

6 Lessons Learned in Building Your Board as an Entrepreneur

No matter the industry or the size of the business, building a board of directors is a crucial... 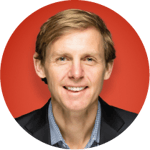 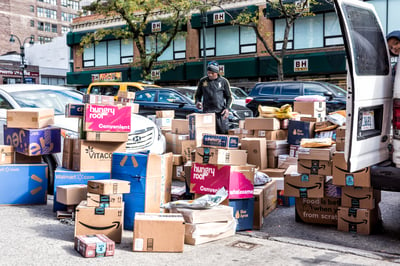 Dropshipping has made it easy for aspiring entrepreneurs to ride the e-commerce wave. 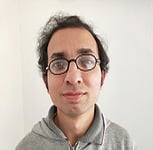 Some people have a burning desire to run their own business, but there are also those who...

Dropshipping has made it easy for aspiring entrepreneurs to ride the e-commerce wave.