Code can be tricky, especially when it has to get out the door in a timely manner.

Luckily, a CI/CD pipeline could be just what you and your team need to create and deliver high-quality, bug-free code at pace with the demands of an ever-evolving industry landscape. Integrating this agile workflow into your software testing and release cycles can go a long way to unlocking maximum efficiency and agility for your developers by eliminating brainless work from their daily tasks.

What is a CI/CD pipeline?

First, let’s break down those acronyms.

The “CI” part of the pipeline refers to Continuous Integration; a practice of software development where the developers combine code changes in a central repository at multiple points throughout the day. The “CD” part is in reference to Continuous Delivery.

The merges in the CI portion trigger an automatic test sequence where the new code build is tested to make sure it works as intended. If it fails, the CI system blocks the code from progressing to the next stage of development or delivery and notifies the developers of the problem. It’s a great way for development teams to keep large projects straight to ensure no conflicting work is being done.

How does a CI/CD pipeline work?

A CI/CD pipeline works by automating software testing and delivery by providing a continuous loop of feedback to a development team. It covers several different parts in the process such as initiating code builds, running automated tests, and deploying to a staging environment.

If the code goes past the CI test, it then moves to the next phase of the pipeline: Continuous Delivery. This adds on the CI process by automating software delivery and releases while keeping the development team informed of all the important milestones in the product launch. It also has built-in manual checks that act as different “stages” for a launch, which allows developers to edit their work before it’s pushed live. 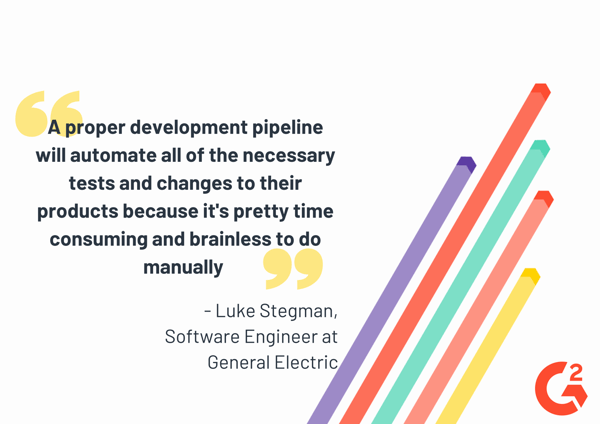 This system can only work if every member of the development team is committed to working on a particular project using this infrastructure. A well built CI/CD pipeline can allow teams to quickly address problems with a product as they arise, yet requires a robust culture of quick response for it to function optimally.

Elements of a CI/CD pipeline

Most software goes through a few distinct phases before they’re ready for a full release. Normally, a software developer would have to go through and perform each stage manually which adds a lot of unnecessary time and onerous on a development team. 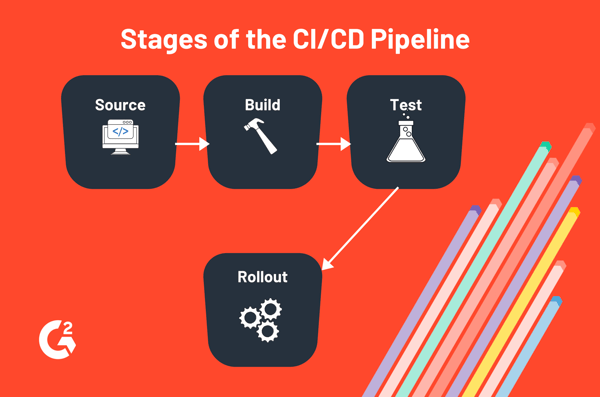 With the automation brought about by the CI/CD pipeline, developers are free to spend their time elsewhere while the software handles the grunt work of taking software from conceptualization to release.

This stage begins the pipeline as it is where the developer signals to the CI/CD tool that a change has been made to the code for the software. This can also be instigated by automatically scheduled workflows for things like routine updates.

The build stage is only required by specific coding languages such as C/C++ or Java whereas Python and JavaScript can skip this stage entirely.

This stage is the part of the development process where the software is taken down, replaced with the new code, and brought back up again.

(to break up some of this text, you could include a CTA to my “why you should learn to code” article. Totes don’t have to & just an idea)

This is where the CI/CD pipeline really shines. In the test phase, automatic validation tests are run to ensure that the code works as intended and that no easy-to-catch bugs are delivered to the end-user.

The test stage can last from a few seconds to several hours. Larger rollouts will often require several rounds of testing to ensure that all the various components are functioning. If a problem is encountered in this stage, it is reported to the developers through an automated message that comes through email or another piece of collaboration software so that the team on the project can quickly adapt and make necessary changes.

Once the new and improved bit of software has passed the gauntlet of tests set for it by the CI tools, the CD tool kicks in and begins to prepare it for deployment. This usually has a few extra phases to pass through before it’s ready for the final rollout to users (such as a beta test or staging).

CI/CD tools: what to use

Usually, continuous integration and deployment are handled by two separate tools. Luckily, G2 has hundreds of real user reviews for each to help decide on what might work best for your team.

What users like: “I like the wide range of integration CodeShip has with other CI tools and how easy it is to make them work together. We have been using the Pro account and we highly appreciate how well the CloudBees CodeShip marketing and engineering teams work with us and take our inputs and turn them into useful features.” — CloudBees CodeShip Review by Sandeep B.

Overview: CircleCI gives you all the benefits of continuous integration with none of the headaches of maintaining it.

What users like: “The integration of CircleCI with GitHub is very seamless. It took little effort to add git repos to the CircleCI projects. Also the CircleCI interface is quite slick. For Jobs, you can easily tab between the Test Summary, Queue, Artifacts Configuration and Timing! I am using version 2.0. I can't compare to the previous version, but so far I have to say this is much much easier to setup and run from scratch, compared to say Jenkins on prem. Last but least, you can send the results (Pass or Fail) -- and the link to it on the CircleCI site -- via a Slack channel.” — CircleCI Review by Conrad F.

Overview: An enterprise-grade server for teams to share code, track work, and ship software — for any language, all in a single package. It’s the perfect complement to your IDE.

What users like: “If you use Visual Studio for development, TFS, or its online equivalent VSTS, you can have a fairly seamless end-to-end integration. Out of the box, it provides code management, testing, work hierarchy in agile formats, automated build, and deployment.” — Microsoft Team Foundation Server Review by James I.

Overview: CloudBees provides solutions that enable DevOps teams to respond rapidly to the software delivery needs of the business.

What users like: “CloudBees has excellent knowledge-base articles that are in-depth. The web support is good and there is coordination between the account representative and support in case of issues. Support staff is knowledgeable and there are opportunities to work with some of the plugin maintainers. If you have the support contract, you also have access to training videos and information.” — CloudBees Core Review by Kay L.

What users like: “The simplicity of commands to manage a full complex group of servers. It's really easy to see where they are alive or not (via a ping play, for example). With playbooks, you automate the building. What I like the most is that you can use it along Docker, and even Vagrant. At our company, in the next software version we will deploy, we will be using Ansible due to its simplicity. We've already built some of the playbooks.” — Ansible Review by Sergio F.

The innovations in process automation made possible by having a good CI/CD pipeline has freed countless hours for developers to dedicate brainpower to other, more complex tasks than simple staging and coding tests. Understanding the benefits of this process can go a long way towards unlocking your team's productivity potential.

Coding can take many forms. Check out our guide on coding languages for app development for everything you need to explore all kinds of code. 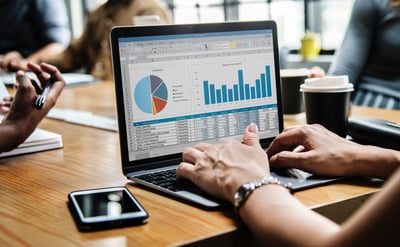 For being such a simple word, data is quite a complicated topic. Like “love” or “news.” 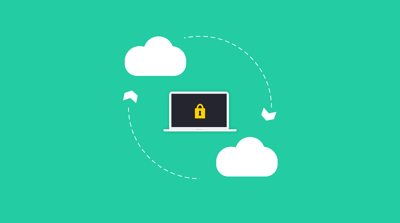 Why Continuous Data Protection Is the Best Security Guard

If you’re working hard to protect and save your data, you want to make sure you’re employing... 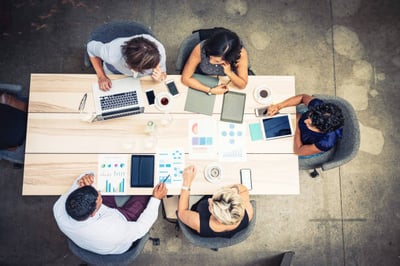 The software procurement process has come a long way since software was mailed on CDs.

For being such a simple word, data is quite a complicated topic. Like “love” or “news.”

Why Continuous Data Protection Is the Best Security Guard

If you’re working hard to protect and save your data, you want to make sure you’re employing...