So, you’ve come up with a brilliant idea for a web application that is going to be a game-changer in your industry.

Congratulations! However, this is just the beginning of a long journey, and soon you’ll need to make numerous significant decisions.

Choosing the backend technology behind the app would be the first and the most important, as the backend is responsible for how the site works, updates, and changes.

It’s not a piece of cake as there are many stacks and technologies to choose from – Ruby on Rails, Django, Python, Node.js, just to name a few.

What makes the choice even more difficult is that it’s not possible to say which language, framework, runtime environment, or stack is better than another – each has its own advantages and limitations.

In some projects, different technologies could be used interchangeable. In others, it would be impossible. That’s why it’s so important to make an informed choice instead of depending on the common myths or sticking to the easiest solution.

In this article, we’ll guide you through the most popular and widely-used backend web technologies in order to make this choice easier.

A technology stack is a set of programming languages, frameworks, libraries, databases, servers, and other elements, that are necessary to develop any kind of software.

These components are stack together to complement each other and build a fully-functional application.

In web development, the stack includes:

The frontend, which is also called a client-side. It’s the part of the application that’s displayed on users’ screens and directly accessible. The fundamental frontend technology stack consists of components such as HTML, CSS,  JavaScript, and its frameworks (for example, React and Angular).

The backend, which is also called a server-side, remains invisible and not accessible to users. It provides a ‘backbone’ of the application. The most common components of the backend are programming languages, such as Ruby and Python; libraries and frameworks such as Ruby on Rails and Django; and a JavaScript runtime environment, such as Node.js.

A full-stack developer can do both frontend and backend development.

How to choose the technology stack

With such a wide choice of different elements of the stack, choosing the right ones is not the easiest decision to make. What makes it even harder is that technology used for building an app affects its performance and, therefore, can be one of the factors that leads to the project’s success.

On the other hand, the type of application also affects the choice of technology. If the decision is wrong, it can affect the app’s failure. Of course, there are a lot of other reasons behind a project’s success or lack of it, but technology can play a significant role.

All of that can be particularly challenging for startups or small businesses with limited resources and small development teams that obviously can’t be proficient in every technology.

However, large companies can face the same problem, just on a different scale.

In fact, a team’s preferences can be a significant factor in making the choice. Even if you want to use a specific technology, you may change your mind after struggling to find a team that is ready to work with it.

This problem can be solved by cooperation with a software development company.

What else should be taken into consideration?

Tip: Identify where you can cut costs and start saving today. Activate your free G2 Track account and see if you're adding to the $40 billion spent on unused software every year.


Now let’s move on to the most popular and widely used backend technologies.

We’ll guide you through the programming languages, frameworks, libraries, and other tools that are necessary to build a fully-functional, robust application.

We’ve focused on the backend because the choice is wider and more difficult to make.

Although rumors about Ruby’s declining popularity are strong, it’s still a widely-used backend programming language. Ruby was created in the mid-1990s in Japan by Yukihiro Matsumoto, who wanted, “an elegant and powerful language” that will make developers happy by giving them a tool that is user-friendly, relatively easy to learn, and focused on productivity.

Ruby is an object-oriented, general-purpose, and high-level programming language that is a good choice for various web applications, including streaming apps or ecommerce, that need to be created on a tight deadline. That’s why it’s embraced by startups, not only when they need to create an MVP. Ruby has been chosen by Airbnb, GitHub, and Shopify among others.

What makes it different is that it’s more conservative and, usually, there is only one way to solve the issue with Python. It’s strict and clear, but also relatively easy to learn, which may be the reason why Python is very popular in scientific communities and widely taught in universities.

Python is universal and has been widely used and chosen by tech giants, such as NASA, Google, Netflix, Spotify, Instagram, Reddit, and more. Together, with its most popular framework, Django, it’s safe to say that Python rules the web.

PHP (originally stood for Personal Home Page, then renamed to Hypertext Preprocessor) is an open-source server-side scripting language, developed in 1994 by Rasmus Lerdorf.

Soon after its creation, PHP grew massively popularity and now powers 80 percent of all websites. One of the reasons behind this may be that the most popular content management systems, such as Wordpress, Joomla, and Drupal, have been built in PHP.

It’s also widely used in ecommerce, powering WooCommerce and Shopify. Another reason behind its popularity is the flexibility of PHP - it can be used to build both simple landing pages and giant services like Facebook.

According to StackOverflow's annual survey, 30 percent of professional developers choose it as their favorite programming language.

PHP is usually a good choice for web applications because it was designed for the web and, therefore, works smoothy with frontend technologies like HTML and CSS.

Tip: Find out if your tech stack is in serious need of an IT audit.

While Ruby, Python, and PHP are widely used backend programming languages, they must be paired with the right frameworks, libraries, and runtime environment to ensure success.

Ruby on Rails (RoR) is a popular web framework. One of the reasons behind Ruby’s popularity as a programming language. Its principle "convention over configuration" means that Rails comes with a set of conventions that makes development faster and more convenient.

There are also many ways to get the same result, which has both good and bad sites. Development is incredibly flexible and, therefore, easier, especially for less experienced programmers. However, then it’s more difficult to pass a project to a new team member.

In Ruby on Rails, a lot of work happens behind the scenes. Thanks to which, its code is elegant, but may be more difficult to understand some decisions behind it.

Although Ruby on Rails faces decreasing popularity, just like Ruby, the reports of its death are greatly exaggerated.

Django is one of the most popular open-source Python frameworks, released in 2005.

It was started at the Lawrence Journal-World newspaper. In the publishing industry, developers have to deal with a lot of data and tight deadlines. Django is often called the web framework for perfectionists with deadlines, which truly captures its nature.

Thanks to the DRY (Don’t Repeat Yourself) Principle, Django reuses the code that is already there and focuses on new parts, which makes a developer’s work incredibly fast.

Another advantage of Django is security. That, among others, is a reason why it has been widely chosen by FinTech apps, data science, booking engines, and in e-commerce.

It is also praised for having batteries included, meaning that Django includes libraries and quality tools that are ready to use in various environments and projects.

No wonder that so many different products have been built with Django: Mozilla, Instagram, Pinterest, Spotify, NASA, National Geographic, The Guardian, and Washington Post, just to name a few.

Node.js is the last backend technology presented in this article, but it may be the most interesting one.

First, Node.js is much younger than RoR and Django - recently this open-source and cross-platform JavaScript runtime environment celebrated its 10th birthday.

Ryan Dahl, its creator, wanted to build websites with real-time push capability. It worked. Thanks to the non-blocking I/O (Input/Output), multiple concurrent events can be served in a single thread.

In short, a Node.js app runs in a single process, without creating a new thread for every request, which makes app development very efficient.

Another advantage of Node.js is that it enables developing apps with a single programming language (JavaScript, the most commonly used programming language for a few years in a row), which also means it’s possible to build an app with the same code for both the server-side and client-side.

All of that make Node.js fast, efficient, and flexible – even in data-intensive apps that need to run across different devices (no wonder Netflix and other streaming apps use Node.js).

As you can see, even if choosing the right tech stack may not be a piece of cake, some technologies pair particularly well with specific types of applications. This makes the final choice a little bit easier.

However, if you’re lost, discuss it with an experienced software development company that can guide you through to the technology stacks. 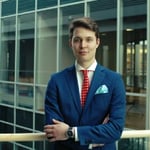 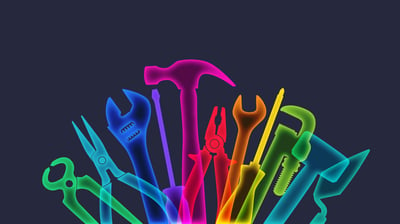 Picture this: you’re managing a business that relies on field workers, the company is growing... 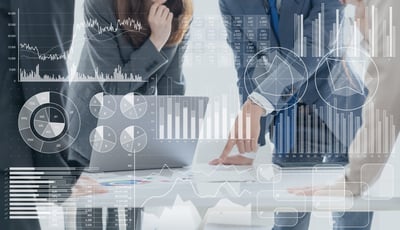 7 Tips for Building a Knowledge Base to Wow Your Customers

How to build a knowledge base Decide on core elements Follow a comprehensive article... 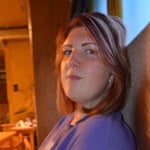 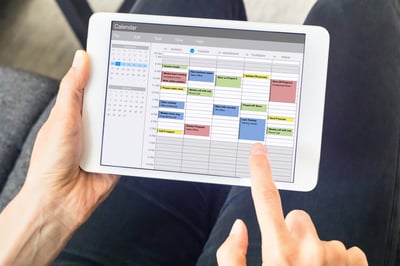 How to Choose an Appointment Scheduling Software Provider

Picture this: you’re managing a business that relies on field workers, the company is growing...

How to Choose an Appointment Scheduling Software Provider