To be able to match up with this level of dynamism, some fundamentals must be laid out. Among others, application security is one of them. If you don’t include it in your list of priorities, it might become your biggest concern.

In the recent past, application vulnerabilities and insecure codes have led to a massive rise in data breaches across software businesses. In the first quarter of 2019, around 4.1 billion records were exposed as a result of data breaches.

With the number of software releases skyrocketing, it becomes even more tedious for developers and cybersecurity professionals to keep pace with the hostile security environment. They definitely need the ways and means to develop and operate applications securely and efficiently. The one thing which enables them to do so is security testing.

When it comes to security automation, the list of advantages is endless. So, let's explore why automating application security has become so critical for developers and how it can revolutionize things for your entire business.

How software is becoming more difficult to secure

Software impacts almost everything around us. And as the field continues to diversify, it becomes increasingly difficult to secure the influx of software being developed.

APIs pose a similar problem. Their structure is even more complex and their communication is really hard to comprehend. The tools used for their assessment require a lot of monitoring and modifications to scan for threats. As dependence on APIs increases, security testing becomes even more painful.

Another reason why things seem gloomy is the transition to the cloud. According to The Future of the Cloud Study, around 83% of business workloads will move to the cloud by 2020. As this trend continues, and apps and databases move to the cloud environment, developers are getting riddled with difficulties. They are having a hard time detecting loopholes and carrying out risk mitigation on time.

Moreover, software development strategies like Agile and DevOps pose a different requirement altogether. Previously, businesses used to wait for security assessment until just before deployment, and the whole process took ages to complete. Nowadays, deployments occur in a matter of weeks (or less), and things must happen quickly in order to ensure success.

All of this puts unimaginable pressure on developers who have to hustle continuously so that things don’t go out of hand in terms of security. Because of this, organizations must turn to the automation of security testing.

Why does application security need automation?

In order to keep their promises of faster updates and bug fixes, businesses are constantly under pressure to accelerate their development cycles. This calls for swiftly implementing the security parameters as well.

Conventional testing methods are simply not suitable for dynamic application development and delivery. Their feedback cycles are long and it generally takes much more time to make continuous changes to the products. So, as far as the speed of delivery and scale are concerned, age-old methods of cybersecurity seem to fail massively.

Then what must be done to get out this chaos? Automated security testing, of course.

Some researchers believe that in the upcoming years IT companies may have to release app updates up to 120 times a year. And to support such delivery times, automation of application security becomes a must. Perfectly integrated into the Software Development Life Cycle (SDLC), automated security tests assist developers to act fast and handle vulnerabilities much more efficiently.

Mature businesses are already doing it and seeing results. Research by Sonatype shows that around 57% of the organizations which follow mature DevOps practices have already automated as many security processes as they could. Not only does this help them with speed and scale, but it also helps them with strict regulatory compliances like GDPR and HIPAA.

Now that we understand why it's necessary to automate security, let's dive into some of the best methods for automating application security at a high level.

Security is as critical for the software development process as gears are for cars. When it comes to automating application security, the real challenge is to fit it effectively in the development pipeline. The key to automate security is that it must not create new processes or slow down the existing ones.

The good news is that it is possible to do so. Abiding by some simple rules can help you automate security without hindering the overall development process.

From a developer's point of view, choosing the right tools becomes an important step while automating security testing. The tools must be easy to use and be able to provide instant feedback. The tool also needs to sync well with the project context and your overall organizational goals.

Integrating methods like Static Code Analysis (SCA) into the development process may also help. It can automate the process of bug detection as the code is being compiled. However, it is necessary to keep an eye out for false positives and rule them out to effectively carry out the process.

As you mature in terms of security automation, you'll inevitably avoid the mistakes of the past. In simpler words, it would be better if you figure out generic vulnerabilities and accordingly put your security patterns in place. This can help prevent security incidents in the future, too.

5. Automate when it makes sense

You can’t automate everything. Automating application security can be beneficial, but only if it adds value to your organization.

For example, a banking transaction may be checked for security threats only if a manual test is done by completing a transaction. So, it’s imperative to adjudge the scenario wisely and choose which parameters to automate and which not to.

DevOps has its own charms, and it requires no explanation. So, why not move one step ahead and integrate security with DevOps, i.e. DevSecOps?

DevSecOps is an addition to the existing DevOps methodology of project execution. In DevSecOps, security testing is integrated into the development cycle in the early phases itself. Adding and automating security testing to the DevOps process will not only push you much ahead of your competitors but also save your critical resources.

Development teams in most of the organizations are constantly under immense pressure. So, without a doubt, they can’t manage to handle voluminous codes as well as the testing part themselves. And with rising security concerns in the modern landscape, they have to face even greater hardships.

And once developers are content that the security parameters are in place, they can channel their brains to do much bigger things.

Automating security testing not only makes the overall software development task easier for developers but also saves loads of resources for any business. And in times when there is a die-hard race for speed, scale, and success, automation of security becomes a must.

Want to learn other methods of keeping secure? Dive into G2's cybersecurity information hub and let the knowledge flow through you!

Harshit is CEO & Co-Founder at Appknox, a completely automated vulnerability assessment platform. He has 8 years of experience in working on technology and security. He has worked with Fortune 100 companies to set up end-to-end and continuous mobile application security processes. 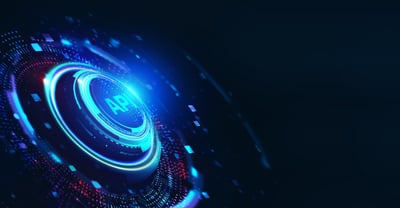 The Role of API Security in DevOps

An API (application programming interface) enables web apps and programs to communicate and... 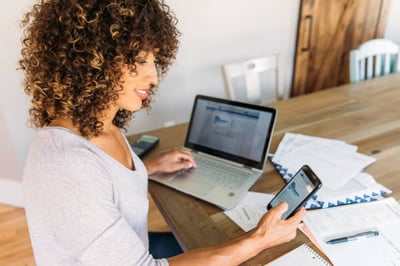 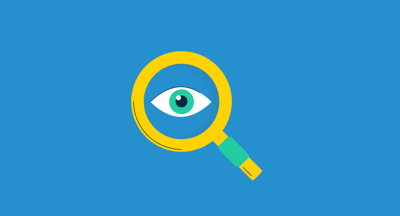 What Is Ethical Hacking? Learn From Scratch

Hacking, an act viewed with immense suspicion, has a legal twin, which is an integral part of...

The Role of API Security in DevOps

An API (application programming interface) enables web apps and programs to communicate and...