If you think that Pinterest is only a visual platform, you’re mistaken.

Sure, it’s primarily a digital platform, but when it comes to finding pins using the Pinterest search bar, the text on each pin is just as important. A stunning photo gets the attention of Pinterest users, but if you’re a blogger or business on Pinterest, it’s worthwhile to have some tools in your arsenal to enhance your Pinterest marketing strategy.

The main elements of a pin are the headline, image and image description. Today, we’ll be dissecting the image description and learning a few ways to help your pins stand out from the other 175 billion pins on Pinterest (really!).

Generally, the Pinterest image description will describe what can be found if the user clicks on the pin – for example:

This pin is doing everything right. It has a great series of visuals that is instructional and can be digested on its own without even viewing a caption, but it also as a short, punchy caption that tells you exactly what you’ll get if you click the link.

On the other hand, there’s this pin…

Not only is there no headline, but there’s also not even a caption to let viewers know what they might find when they get to the page. More pictures of cake? A recipe for how to make this particular orange cake? A buttercream rose tutorial? It’s a mystery.

Don’t be like the cake pinner. Here are three foolproof ways to make sure you’re taking full advantage of image descriptions to make the most of the Pinterest search function.

Before anything else, you can’t forget that Pinterest is a search engine. Only instead of text results like you’d get on Google, you’re seeing images. More than 2 billion searches are performed monthly on Pinterest – this is a massive opportunity for businesses on Pinterest to get content seen and repinned by users.

A good way to put this into actual practice is by thinking search-first when it comes to Pinterest image descriptions. Think about how Pinterest search users will find the content that you have to offer – which Pinterest searches would be the most helpful?

Often, Pinterest users are searching for an idea rather than a specific item. For example, “easy dinner recipes” would have a lot higher search volume than “easy gluten-free chicken pot pie recipes.” The Pinterest user might not know exactly what they’re looking for, but they’ll know it when they see it.

Put yourself in the shoes of the Pinterest user. If you’ve got the gluten-free chicken pot pie recipe that you want to share, try to add phrases in the caption that would evoke this:

These are the phrases you’ll want to include. But instead of creating a random word bank with nonsensical phrases that have no actual continuity (which will also definitely turn off readers), make it into one or two sentences that are easily scannable, yet incorporate those key phrases. Something along the lines of “Easy dinner idea for gluten-free families – gluten-free chicken pot pie recipe that my kids loved!”

By doing a little bit of thinking about what users are looking for, you get a succinct sentence or two that hits all the key phrases while still making reasonable sense for a reader unaware of the impact of keywords.

In other words, don’t be this guy:

Like I mentioned above, there’s no point in cramming 600 characters into an image description if the search engine only reads the first 75-to-100.

Instead, model your image description length off of this:

We’ve got the keywords fall recipes, pumpkin, canned pumpkin in the (short, appropriate-length) title and in the image description itself.

The exception to this rule would be Rich Pins, which automatically take the copy from your website and turn it into enhanced pins. However, if you’re using Rich Pins, you should go back and make sure that everything that is being pinned follows these guideline – Pinterest allows you to retroactively edit image descriptions easily.

If you’ve been a Pinterest user since the beginning, you might remember a time when Pinterest didn’t recognize hashtags. Users were still adding them, mostly out of habits learned from other social media platforms, but Pinterest itself didn’t support hashtag use until recently.

Pinterest business users and bloggers are recognizing the impact that Pinterest hashtags can have on the visibility of their posts. But there are a few rules that users should follow – let’s continue to use the gluten-free chicken pot pie as an example here

Another thing to keep in mind is the research element of applying hashtags to your Pinterest image descriptions. If you’re pinning a gluten-free chicken pot pie recipe, do a quick search and see what else is populating the page. Check out those image descriptions for tips of what is performing well.

A Pinterest image description is an important part of your overall Pinterest business strategy in that it allows you to take advantage of the natural search engine capabilities of Pinterest as a platform. Take some time to do research and brainstorm keywords that you think will perform well, and get ready for your pins to hit the top of the page! 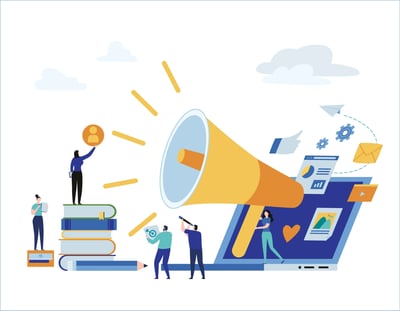 How to Write a Pitch That Won’t Be Ignored

Journalists don’t have time for your pitches. 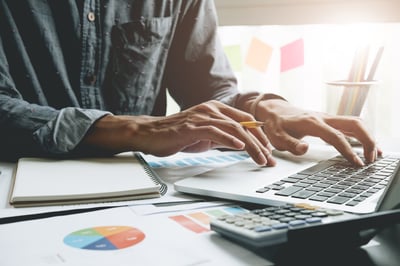 Email Marketing Trends to Keep Your Campaign Relevant in 2020

Are you up to date with your email campaign? 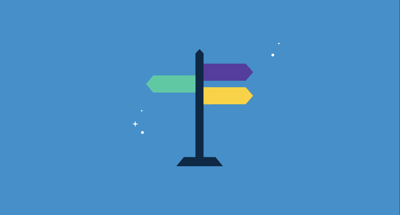 How to Make Marketing Attribution Work for Your Business

As technology continues to connect us, the crossover between departments deepens as well.

How to Write a Pitch That Won’t Be Ignored

Journalists don’t have time for your pitches.

Email Marketing Trends to Keep Your Campaign Relevant in 2020

Are you up to date with your email campaign?