Home videos can be more than just a hobby — they can be a money-maker, for businesses and individuals alike.

Of course, anyone can easily upload a video to YouTube. But not just anyone can make money off of it, or even, in some rare cases, make a living off of it.

You need to consistently upload quality videos with content people find interesting, relatable and engaging. You need to market the hell out of that video on your personal website, blog, social media, and other video sites. You need to create a brand for yourself, get verified, and grow your subscriber base in order to be taken seriously. You'll need to get lucky if you want to have one of the most viewed YouTube videos. 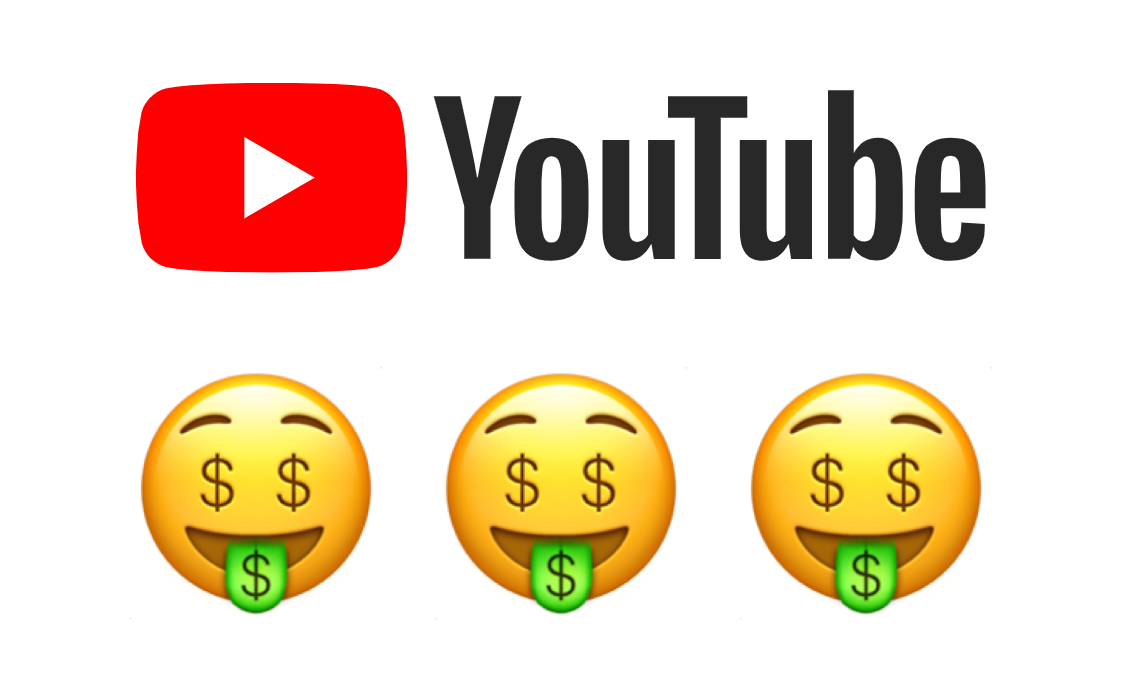 All in all, it’s not easy. More than 500 hours of video are uploaded every minute on YouTube, so the competition is fierce.

But don’t let that dissuade you. Everyone starts from the bottom, and some YouTubers have successfully risen to stardom - and millionaire-dom.

If you’re curious what kind of content these YouTubers cover that enables them to make so much money, check out the top-earning YouTubers section below.

With people spending a collective billion hours a day watching YouTube videos, YouTube has risen to the second largest search engine in the world and the third most visited site. This opens it up to be a fantastic platform for people to express themselves — and for advertisers to market their wares.

There are a variety of different ways YouTubers can make money, from ads to creating branded merchandise. Let’s dive into each and how much YouTubers earn through each method.

How much do YouTubers make?

I never really got into YouTube until college, when I was exposed to Jenna Mourey, better known as Jenna Marbles. I can remember watching it in my dorm room, three friends and I squished onto a twin bed and roaring with laughter. Jenna Marbles’ YouTube channel has 17 million subscribers, over 2 billion total views and is the 23rd most subscribed channel. Her net worth is approximately $5 million.

How did she go viral and become so successful? She published relatable AF content combined with a hilarious personality. She created spoofs based on the everyday activities and the struggles of young women.

In general, videos tend to be the most lucrative among ad formats with the average video CPM rates hovering between $5 to $30 for views coming in from countries like USA, UK, Canada and Australia. On YouTube however, this rate depends on a number of other factors like ad format, geographical location and also whether the viewer sees the ad on an embedded video or directly over YouTube.

Related: Find out who is winning the YouTube popularity contest with our list of the top 10 most subscribed YouTubers

There are certain niches in YouTube that make it easy to gain subscribers and thus, eventually make money. If you are entering the YouTube realm and wondering how to create a YouTube channel that gets views, it’s highly recommended you consider covering content that lives in one of these successful niches.

Before you jump in to create your video niche, always make sure that you research keywords specific to YouTube with a YouTube chrome extension tool to hit those video SEO metrics.

If you’re seriously considering learning how to make money on YouTube (or you’re dying to know how people can successfully make so much money off of videos), here are the different routes you can take.

The first step a YouTuber can make toward monetizing their videos is by joining the YouTube Partner Program. This allows YouTubers to be paid through views and through advertisements served on their page.

There are qualifications you have to meet before being approved by the YouTube Partner Program. In January of 2018, YouTube announced your channel must have reached 4,000 watch hours in the past 12 months and 1,000 subscribers. That’s only to be eligible for the program. YouTube will then let you know if you’ve been approved after a review process.

Once approved, you can start making money.

The money is made through advertisements. There are two types: CPM (cost per thousand views) and CPC (cost per click).

If it’s a CPC advertisement, then you get paid based on how many viewers click on the ads surrounding your video.

As you begin making money, you create an account through AdSense so the advertisers can pay you as views or clicks come in. You can only direct deposit your earnings when your AdSense account reaches more than $100.

In this case, success breeds success. That first dollar you make is going to be the hardest. But as you release more quality content and gather subscribers, you’ll have more people watching your content. More people watching means more of a chance people will watch the ads or click on them.

Tip: If you've heard of the Adpocalypse, you're not alone. Check out this article on YouTube demonetization and what it could mean for your YouTube account.

Affiliate marketing is a marketing arrangement in which an online retailer pays commission to YouTubers for traffic or sales generated from the YouTubers’ referrals.

This can take many different forms, but typically it falls into these three categories:

I’m sure you’ve all seen these before. There is then a link (or several) in the video description that leads directly to the product you’re trying to sell.

Advertisers will pay YouTubers based on CTR (click-through rate, or how many people click that link you included), conversation rate (how many people actually buy the product through your link) and then commission on the product itself.

So, let’s say a video has a CTR of 2 percent and a conversion rate of 3 percent after 1 million views. The YouTuber is making $5 per sale and 600 people buy the product. That means the YouTuber makes $3,000 for every 1 million views from affiliate marketing

The holy grail for YouTubers, sponsorships are when you’ve made it. A brand typically doesn’t want to risk investing in a YouTuber unless they’ve proven themselves successful and reliable — with a meaningful following.

What does a sponsorship look like? It can be that the brand pays the YouTuber to create a one-off video specifically about a product launch, a company event, a site opening, or something similar. Or, the brand sponsors the entire YouTube channel and then the YouTuber has to recommend (or use when appropriate) the product in every video.

YouTubers charge brands anywhere from $10 to $50 per 1,000 views, depending on the estimated amount of total views for the pending video. If the video hits 1 million views, then the YouTuber makes anywhere from $10,000 to $50,000.

So you can see why sponsorships are what everyone hopes for. Typically, only the ultra-popular and successful YouTubers can land these.

But luckily another option has come forward for those YouTube channels that brands think are currently too small to sponsor.

Patreon is a crowdfunding source. Playing off the idea of patronage, Patreon makes it possible for fans of YouTube channels to subscribe to extras. For example, they could choose to pay $5 a month to get early access to videos, $10 a month for behind-the-scenes footage or $15 a month for access to extra videos or bloopers.

This allows fans to become patrons of their favorite YouTubers, and then YouTubers can continue producing great content without worrying about funds. And hopefully, through hard work and the belief of their fans, YouTubers can one day reach a sponsorship deal with a big brand.

Does this all sound daunting? Sure it does. But nothing worth doing is easy. If you want to show off your company brand on YouTube or become a YouTube sensation yourself, then put in the effort, time and work. It might just pay off — literally.

If you’d like an inspirational story of someone who started at the bottom, without even the intention of going viral, look no further than Michelle Poler.

Michelle created her YouTube channel “Hello Fears” as part of a college class. For 100 days, she documents herself overcoming a fear such as dancing like no one’s watching in Times Square, beekeeping and quitting her job. Hello Fears now has 31,000 subscribers. Michelle has given a TedTalk, appeared on prominent news outlets, and she now travels the world for speaking engagements about the experience and how everyone should do things that scare them.

That’s where I saw Michelle, at a speaking gig for association members. She was just your average person, but with an undeniable passion and infectious personality.

Find something that you love and create videos about it. Be yourself. Share stories about how your company has changed lives. Chances are, there are other people out there that will connect with what you have to say.

Below, you'll find a list of the YouTubers with the highest earnings according to Business Insider. Find one in the niche you want to explore and use their content as inspiration.

Sitting at the top of the highest earners list is Ryan's World (formerly Ryan ToysReview), an adorable elementary school kid who releases a new toy review video every day. Ryan's World is worth $22 million.

Best known for being one-half of the Paul brothers, Jake Paul is the second highest-earning YouTuber with a net worth of $21.5 million. Paul started out as a Disney Channel star and later gained popularity for his videos on the now-defunct Vine app. His following continued to grow as he transitioned to YouTube, where he chronicles various pranks and adventures alongside his friends.

Dude Perfect is a sports entertainment YouTube channel that follows five friends — and a guy in a panda outfit who acts as their mascot — as they record questionable stunts, such as dirt bike battles. Dude Perfect is worth $20 million.

Worth $18.5 million, Daniel Middleton goes by DanTDM online. He’s a British YouTuber, professional gamer, and author. On his YouTube channel he covers video games, but he’s best known for his videos on Minecraft.

Jeffree Star is a beauty YouTuber that originally rose to prominence on the social networking website MySpace. On his channel, Star uploads vlogs, makeup tutorials, and  reviews of beauty products. His YouTube earnings in 2019 were $18 million.

With YouTube earnings worth of $17.5 million, Markiplier is a gamer who gives dramatic and hilarious play-by-play commentary.

Evan Fong, otherwise known as VanossGaming, is worth $17 million. Another gamer, Evan plays games like Grand Theft Auto and Call of Duty.

Sean McLoughlin, known by his username Jacksepticeye, is an Irish YouTuber best known for his comedic video game commentary. He rose to popularity for his collaborations with YouTube star PewDiePie. Sean's earnings round out at $16 million.

Worth $15.5 million, PewDiePie is a Swedish YouTuber that became known early on for his horror video game commentary and later transitioned to creating more comedic content.

Best known as the second half of the Paul brothers, Logan Paul is a controversial YouTube sensation that has turned his online fame into a profitable clothing line and stars in a few television series and movies. He is worth $14.5 million.

Holly is a manager on the content marketing team. An avid reader and writer, Holly graduated from the University of Missouri with a dual major in Journalism and English. She firmly believes in the power of content and is constantly seeking ways to better engage and delight readers. 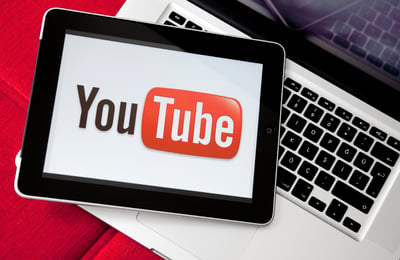 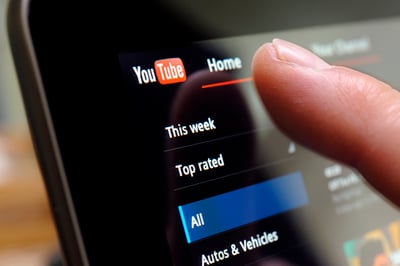 YouTube remains one of the top video-sharing platforms in 2020. 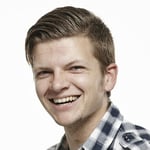