The third horseman of the end times – the so-called ‘adpocalypse’ – has arrived in all its terrible glory.

Demonetization has exploded once more into the hearts and minds of YouTubers the world over. Conceived 14 years ago in the initial throes of the social media revolution, the platform has long been defined as a conduit for independent content creators to share their videos with an audience clamoring for an alternative to the corporatist mainstream media that had dominated the consciousness of the industrial world.

But that all might be coming to an end.

What is the Adpocalypse?

Youtube demonetization – the trend often referred to as an ‘Adpocalypse’ by content creators – is the process wherein independent content creators are denied paid advertisements in their video, thus denying them revenue and reducing their income from the video-hosting platform.

With a focus that has fundamentally shifted from the independent content creators (and the influencer marketing tactics that came along with it) that defined their past, YouTube has seemingly embraced the big money offered by Hollywood-esque video content that is safe enough to lure the financiers of cable advertisements.

Ad revenue is one of the main sources of income for the majority of YouTubers and has been a huge part of allowing independent content creators to flourish. YouTube acts as the middlemen for this; they are paid by brands to place advertisements in videos made by their content creators which can take a variety of forms such as banners, overlays, and imposed video ads.

Youtube then places these ads over videos on their website and gives the creator a cut of the revenue that is generated by running these ads (for more on the platform's monetization, check out our breakdown of how much YouTuber's make).

However, not everyone gets to benefit from monetization. Content creators have to be a part of YouTube’s Partner Program while adhering to the community guidelines and advertiser policies therein.

The rules that determine specific videos and even entire channels’ eligibility for this program have undergone several changes in recent years, mostly due to controversies generated by YouTube’s traditionally laissez-faire approach to content curation. In the past, many brands have pulled their ad revenue from the site in response to various unsavory videos and channels. This has elicited YouTube to create progressively more stringent guidelines as well as changes to the algorithm that governs the ability for users to find specific content in an effort to reduce toxicity on the platform.

Below is a brief overview of the events that have led to the current state of woe for YouTube’s content creators.

The first signs of change came in 2016 in response to an old video by the most popular YouTuber of all time: Felix Kjellberg (known online as ‘PewDiePie.’) A Wall Street Journal report found that he had posted a video featuring anti-Semitic imagery and language. This, alongside findings that YouTube was running ads over videos from terrorist organizations and other extremist groups, caused YouTube to implement policies that gave advertisers more control over the placement of their ads. 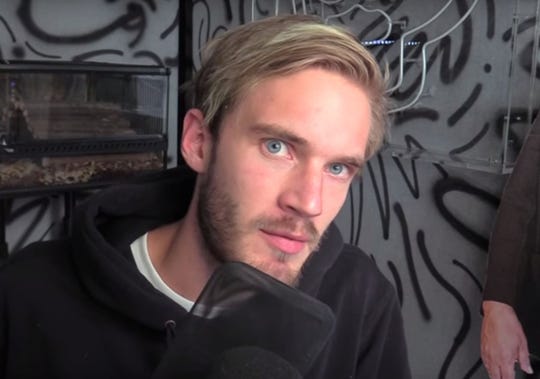 Felix Kjellberg got his start with video gaming content but has branched out into lifestyle entertainment since his explosion in popularity (image via: USA Today)

The impact of this change on creators across the platforms was immediately apparent. Many noticed huge dips in revenue as YouTube’s new policy allowed for advertisers to pull their ads from videos they disagreed with or found distasteful. The cadence of content creation and monetization had shifted toward appeasing advertisers.

TIP: Study the most viewed YouTube videos to understand what type of content can go viral and make you money in 2019.

A few things played into the second Adpocalypse. The focus of this particular story was with another YouTube star: Logan Paul.

Following a 2017 trip to Aokigahara Forest (the infamous ‘suicide forest’) in Japan, Logan Paul uploaded a video that featured the body of a man who had committed suicide. This unleashed a massive internet firestorm that caused YouTube to put a hold on Paul’s YouTube Red series and remove the creator from Google Preferred.

In response to this incident, YouTube added further restrictions under which creators were eligible to receive ad revenue. YouTubers now needed a total of 4,000 hours of accrued watch time in the past 12 months and over 1,000 subscribers in order to receive ads, an increase from the former threshold of 10,000 hours of total watch time.

The effect of this was that smaller creators lost what little ad revenue they had, effectively dividing the community into to separate classes of YouTubers. Huge numbers of channels were purged from ad networks as they waited upwards of six months to find out if their accounts were up to the platform’s new standards.

Of course this wasn’t entirely precipitated by Paul’s antics (there were also disturbing instances of predatory videos featuring children). Nevertheless, this video serves as a good place to look for the central pivot of YouTube away from smaller content creators.

The most recent chapter of this story began just this year with a spat between Vox commentator Carlos Maza and conservative talk show host Steven Crowder. Crowder had been making several vile anti-LGBTQ comments and “jokes” about Maza, and Maza demanded that YouTube demonetize his channel and stop hate speech on the platform as a whole.

The effect of the “Vox Adpocalypse” was that YouTube, after first declining to take action against Crowder, backpedaled in the face of a strong social media outcry and demonetized his channel along with other far-right commentators. They also took this opportunity to update the algorithm that runs the platform to be more stringent about banning extremist commentary. A side effect of this was that the algorithm automatically demonetized and de-platformed numerous channels that simply covered sensitive and controversial issues, an example of this being a history teacher whose channel was taken down because it featured Nazi footage he used to help teach his classes about World War II: 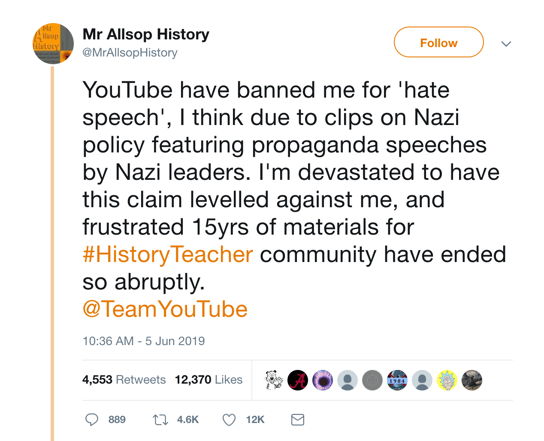 "YouTube treats bigoted content the same as anti-bigoted content. They rely too much on their algorithm because they don't want to hire more qualified people that could tell the difference between a video that's debunking white supremacy talking points versus a video that's promoting white supremacy. So because both sides of that argument get demonetized, who do you think wins? The side with big financial backers do."

He then goes on to discuss how websites like Twitch.tv become crucial for these channels to survive in such a tumultuous environment:

While work has been done to mitigate the effect of this update, the fact remains that YouTube has adopted a blanket system of moderation that, for the time being, makes it difficult for smaller content creators to receive advertising revenue. 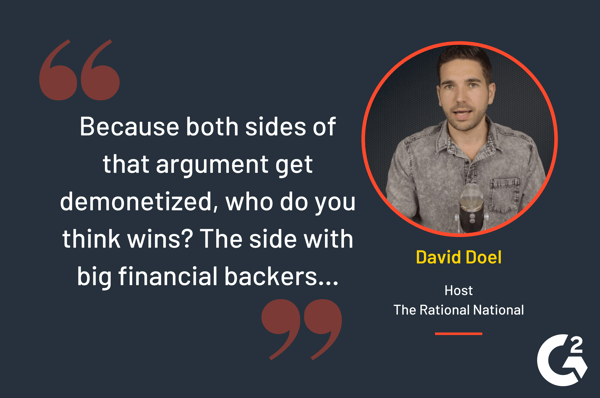 The trends tell all

Looking at where we are today – in the midst of Adpocalypse 3.0 – we can clearly see this is an issue that is continuing to affect content creators today:

The explosion of the search keyword ‘Youtube monetization’ in the past few weeks suggests that this is a widespread issue that is not localized to a handful of content creators. With an interest of 100 as of June 8th – the highest it can possibly go – it is evident that this issue commands attention across the board.

Additionally, this trend bears out over a broad period of time as well. As can be seen from the search on the Google Trend keyword ‘YouTube Algorithm,’ this issue has been popular for a long while, with an interest over time that lends valuable perspective on how much this has commanded the attention of the community.

When this data is taken in the context of the narrative of the various Adpocalypses, we can see a trend that points toward YouTube as an increasingly difficult environment for smaller, independent content creators.

Despite good intentions to reduce toxic content on their platform, they are making it harder for a large number of content creators to receive the monetization they need to thrive while meeting ever-stricter guidelines for content creation. The terminal effect of this is that YouTube could morph into a reality-television channel for “cord cutters” that has content that is uncontroversial enough for big brands to throw serious money into competition for the ever-shrinking pool of viable advertising channels.

How does the Adpocalypse affect your business?

With fewer avenues for advertisement on YouTube, it might very well be the case that small businesses are unable to compete with the spending power that big brands are able to bring to the table. While there are certainly opportunities for YouTube to reverse course and return to the welcoming arms of the independent content creators that made them great in the first place, history and recent statements by YouTube itself suggest that this trajectory is here to stay.

The power of persona

Marketing and advertising is a many-headed beast with new permutations of consumer engagement cropping up all the time. Yet not a single industry innovation has been able to divorce itself from the fundamental truth of user intent. Certain subsets of people will come to different platforms to access different forms of content.he consumer persona of a PewDiePie fan is astronomically different from that of a CNN junkie.

If YouTube continues the trend of re-inventing itself as a place for Hollywood stars and clips of The Tonight Show, the creators that have characterized YouTube’s content for so long will leave for greener, more accepting pastures and take their audiences with them.

Now, this in no way means YouTube will become irrelevant. It is so deeply entrenched in the psyche of the internet that it’s doubtful anything short of Y2K could cause it to fall out of favor entirely. It will always be a good place to reach a large audience. However, in its pursuit of big advertising money, YouTube could potentially lose the thing that made it such a goldmine to ad people in the first place: the unique and eclectic audience that only such a grassroots platform could bring into orbit.

With YouTube changing in such fundamental ways, it’s time to revisit the different avenues of advertising that could reach the target audiences for your campaigns.

Fortunately, tools like video advertising software could help businesses with reaching their audiences despite whatever obstacles are thrown their way.

Luckily, G2 has a page dedicated to search advertising software with real user reviews to help you select the best product for your business:

The continued trend of demonetization has been a long-standing issue amongst the content creation community. Looking at the various flashpoints of the ‘Adpocalypses’ a trend that suggests YouTube is moving away from the grassroots, independent content creator in favor of larger advertisers is coming into sharper focus. Because of this, it could very well become necessary for certain business to consider alternative avenues of advertising in order to reach the most effective audience for their product or service. 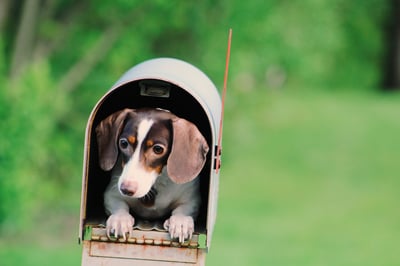 How to Start a Successful Dropshipping Business in 2019

The barriers to entry for starting your own business are remarkably lower than they have ever... 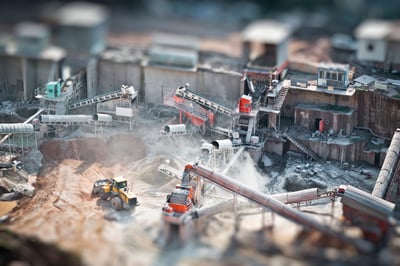 Social Media Data Mining – How it Works and Who's Using it

There are more than three billion social media users today, with 11 people creating an account...

Social Media Data Mining – How it Works and Who's Using it

There are more than three billion social media users today, with 11 people creating an account...