Let’s give them something to talk about.

That’s what you’re thinking as a public relations professional – no matter if you work for a thriving, struggling, or stagnant brand. PR is all about getting the conversation started – a positive, interesting conversation. Chatter around the brand will work to make the general public more interested and aware of it, which is the goal.

If your brand hasn’t been in the media lately, it’s time to start a PR campaign.

A PR campaign is a specific effort to accomplish a clear, measurable goal through strategic messaging to the audience. The objective could be raising awareness of the brand to a new audience, increasing sales for a product or service, or driving attendance to an event, to name a few.

How to create a PR campaign

PR campaigns go beyond daily PR activities and tactics. For example, campaigns are more than responding to current events, media outreach based on editorial calendars, and tracking social media interactions.

TIP: If you’re curious about these ongoing tactics, you can read this article about what’s included in a yearly PR plan.

If you’re ready to build a PR campaign that will boost your brand’s reputation and name recognition, let’s get started!

Decide on a campaign goal

What do you hope to accomplish? Don’t let it be too ambiguous or expansive. “Building brand awareness,” is a hard thing to accomplish and measure, but, “Increasing sales by 15 percent,” isn’t.

The goal should be measurable and realistic. Decide on a time frame early on. The budget should also be a consideration at this stage. Don’t dig yourself a hole by setting objectives that are fiscally unattainable. You want to set you and your team up for success, not frustration.

These kinds of goals are referred to as SMART – specific, measurable, achievable, relevant, and timely.

Focus on your audience

It’s incredibly important that you never lose sight of the audience you’re trying to reach. It’s more than likely that you’ve already built out customer profiles for the different demographics interested in your brand. Choosing one customer profile to focus on will make your job a lot easier – and more effective.

This will also provide insight into future strategy. What media does your audience consume? That’s where you should ensure you place your news.

For example, if you’re building a campaign around your new luxury product, it probably won’t be effective in an impoverished area.

The easiest way to push news out to the public is through the right type of press release. If you use press release distribution software to send out news, then Google will show your press release on that newswire. However, that only appears if someone searches specific keywords. If you want your press release to reach more eyes, you need media outlets to pick it up and publish it in their publications.

Luckily, journalists are always in need of stories and looking for pre-prepared news like this. But they do receive hundreds, if not thousands, of press releases a week. For yours to stick out, you need to make sure it’s interesting, newsworthy, and timely. For more, check out this article on how to write a press release.

Make sure this specific press release is targeted toward your goal and audience.

Because of the influx of press releases, journalists might miss yours in the slush pile. This is when the relationships you’ve been building throughout your PR career come in handy.

Reach out to your contacts, asking if they saw your press release. If they haven’t, give them a quick conversational pitch about it. The journalist will know right away if it’s a story they are interested in. Sometimes, that’s all it takes!

Another way to reach both your contacts and journalists you’ve never worked with before is to create pitches surrounding the press release. You could focus on one specific aspect of the story, offering more insight than the press release did. Suggest setting up an interview with a subject matter expert for a deeper dive. That might be enough to get journalists to perk their ears up.

While getting the story in the press is time-consuming and, at times, frustrating, it’s the most valuable publicity you can get. Third-party validation makes audiences more likely to trust you than if you were to publish a story or ad yourself.

While going through the media is the most powerful form of publicity, you can always tell your story yourself.

One easy way to do so is posting the news release on your company website. That way, any visitors can easily find it.

Another way is to talk about the news on social media. This avenue offers you the chance to use your brand’s personality and voice. Have a little fun with it! Social media can not only drive traffic to your website, but it could attract reporters. You can always tweet at reporters’ personal Twitter handles to try to start conversations as well.

Make sure you are setting aside time every day to interact with any engagement you receive on your posts! You don’t want to leave anyone hanging.

Once your story is picked up by news outlets, there are a few ways you can follow-up to ensure you’re getting the most bang for your buck.

For one, you could reach out to the media outlets you’re featured in and ask that they post the story to their social media pages (if they haven’t already). While it may feel a little awkward to ask such a favor, don’t let that stop you. Let’s say you were featured in Wired. Wired’s Twitter account has 10.4 million followers – definitely worthwhile to ask.

Link building is another way to ensure more people see your news, learn about your brand, and improve your website domain authority – which is always a great thing. Link building is when you hunt for opportunities on other websites to include the link to your company’s website.

In order to find these opportunities, set up Google alerts or use media monitoring software that lets you know when someone mentions your campaign or company. Then, reach out to that publication, kindly asking them to include your link if they haven’t already. Suggest that by including the link, the journalist is arming his or her readers with all the information they might want or need. That appeals to a journalist’s sense of purpose and commitment to being as transparent with readers as possible.

A campaign can last a month, or it can last several. It’s up to you to decide the time frame. I suggest stopping at least once a month, if not more often, to assess how well things are going. If you aren’t on a trajectory to meet your goal by your deadline, then rethink the strategy at that juncture. It’s okay to do some experimenting along the way. Test out various pitches and social media tactics until you figure out what will make journalists bite.

Other things to consider

As with any external outreach, it’s imperative you ensure none of the language in your PR campaign messaging can be misinterpreted or offensive to anyone. Do some testing internally so as many eyes as possible see the campaign before it’s released. Based on your background, you might not notice something that is incredibly questionable to a person of a different background. Testing it will help catch these potholes in your campaign before you end up with a flat tire.

Speaking of your colleagues, I highly suggest getting them involved in the campaign. Even if it’s just giving them the tools they need to share on their personal social media channels (if they choose to), that in itself will help enormously. You never know, one of your colleagues might have thousands of followers. Your job is to spread the word about the company’s news, and social media certainly counts as doing just that.

Curious to see these considerations in action? Check out this fun PR campaign HostelWorld created, which features Mariah Carey.

Goal: Prove that hostels aren’t the dirty, bug-ridden, dangerous places some of the public still believes them to be. Now, they are modernized with affordable offerings that can compare to more expensive hotels.

Audience: Traveling adults. Typically, hostels attract a younger, single crowd, but now HostelWorld is showcasing how hostels are for everyone.

Tell your story: No one will listen to HostelWorld itself promising that things are better. Even sending out a news release about the upgrades wouldn’t reach much of its audience.

Enter — Mariah Carey. If she is telling people that hostels are better, and heck, she even spends the night in one, then people will believe it. Create a fun video that’s released on YouTube — a social network young people and travelers love to use — and you’ve got yourself a viable story.

Pitch to media: In this case, a lengthy press release or individual, customized pitches might not be necessary. Send out a news blast or a more informal email to reporters, making them aware that this video exists and providing them with background and a quote or two to use. As you’ll see if you Google this campaign, the media loved it.

Engage the public: HostelWorld used social media to create anticipation for the release of the video. Here’s one example of a tweet it sent out to try to garner excitement. 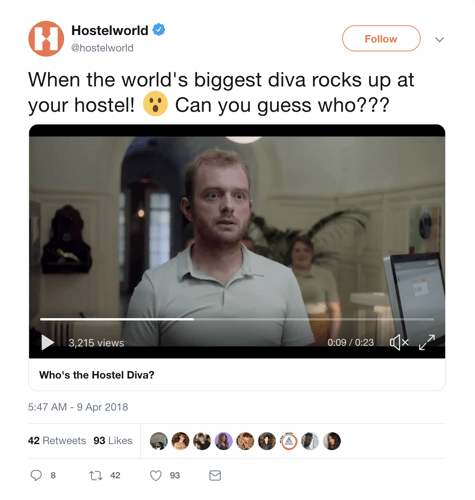 HostelWorld tweeted four times total about the campaign, each time with flair and personality (and once with expertly tweaked Mariah lyrics).

Follow-up: It’s hard to tell from the outside looking in what sort of follow-up HostelWorld did to ensure its web traffic was optimal, but the campaign is so well known today that I’m sure it did some link building and outreach to media regarding social shares.

Measure: The campaign video went viral almost immediately, with 3.9 million views in the first week of its release. I’d say that’s a good measure of success!

Next steps for your PR campaign

So, there you have it! PR campaigns are great for building hype around your brand, changing a preconception, or raising awareness of a success. Let’s get the conversation started!

Did your campaign result in media interviews for stakeholders? Check out these media interview tips to help prepare them for this exciting opportunity! 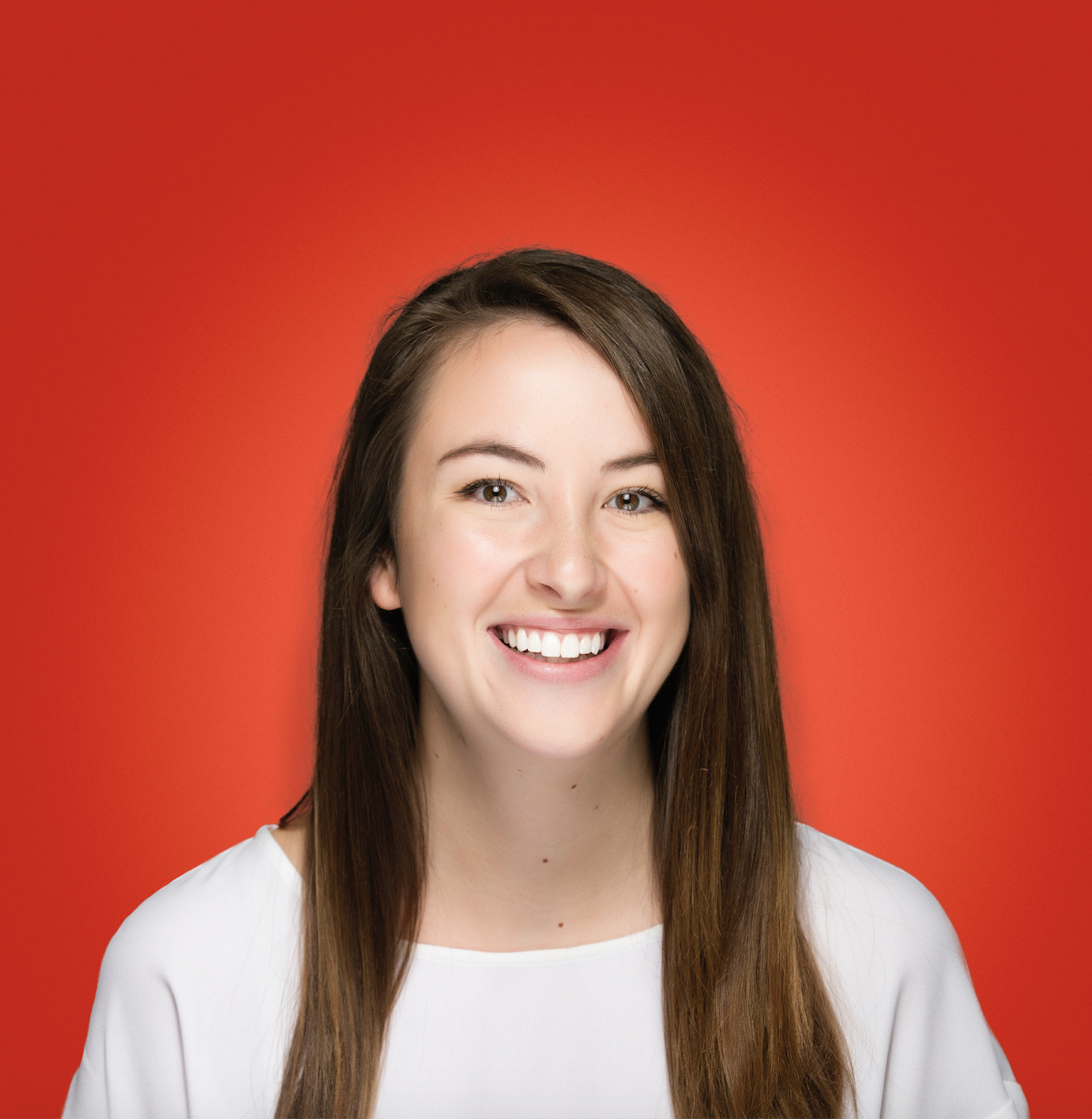 Holly is a manager on the content marketing team. An avid reader and writer, Holly graduated from the University of Missouri with a dual major in Journalism and English. She firmly believes in the power of content and is constantly seeking ways to better engage and delight readers.