If you don’t get that reference from the 2009 Video Music Awards, that’s okay. It just goes to show how no two generations have experienced the same viral moments. New content is released by the minute, and we’re all doing our best to keep up.

In an effort to keep you in-the-know, I’ve compiled this list of the top 10 YouTube videos of all time. How do we know they’re the top 10? Because they have somewhere between millions and billions of views from media consumers all over the world.

In other words, they’re the most-viewed videos on all of the internet. And here I am, feeling popular after maybe 200 people view my Instagram story.

YouTube is so much more than a place for tweens to post videos of themselves dancing at their latest sleepover, a statement I only feel right making because I, in fact, have done that.

It’s now a place where musicians can publish official music videos, and where influencers can make serious bucks when their videos pick up enough traction.

Tip: Looking to start your YouTube career? You're probably asking, "How much do YouTubers make?" Click the link to find out!

All that to say, don’t underestimate the cultural power of a free platform. To put things in perspective, let’s go over YouTube’s most-viewed videos.

The official Despacito music video, which was published on January 13, 2017, currently has a whopping 6.7 billion views.

It’s no surprise this video takes the number one spot on the list. It topped music charts in 2017, leading people to flock to YouTube once the video was released. Check out where this video places on our top 10 list of the most disliked YouTube videos.

Buckle up, because this next one is a doozy.

Coming in at number two is Baby Shark (do do do do do do!) by Pinkfong! Songs for Kids. If you somehow have escaped living in the world without hearing this song, I applaud you. Once you do, it's sure to get stuck in your head.

This song more or less went viral, as it has spawned stuffed animals, clothing for kids, and so much more. It's not going away anytime soon, so sit back, relax, and enjoy the madness.

Perhaps surprisingly, an Ed Sheeran music video claims the number three spot on this list, with 4.7 billion views. Sheeran, who is typically known for slower, romantic ballads, took a departure from the norm. Shape of You is sort of a pump-up song, with a video to match.

This video tells the story of two kickboxers (one played by Sheeran) falling in love through their mutual love of this cardio workout. Sheeran is never seen singing the song, but is a character in the story arc.

While Despacito was listed as number two on Billboard’s Hot 100 Songs of 2017, Shape of You came in at number one. Just goes to show that the cultural zeitgeist can love one song, but can love a different music video even more.

In the number four spot is — you guessed it — another music video, and this one was published on April 6, 2015. See You Again by Wiz Khalifa featuring Charlie Puth is an unexpectedly emotional tune for an action series, and it currently boasts 4.5 billion views.

The emotion is undoubtedly invoked as a reverent goodbye to Paul Walker, a Fast and Furious actor who tragically died before the movie was released. Many fans pay Walker tribute in the comments section of this video.

It is perhaps for the memory of Walker that viewers return to this video; the most recent comment was left three minutes ago.

As a parent, you’ll turn anything on the TV if you feel it’ll occupy your child’s attention for the time being. YouTube is no different. It has a plethora of child-friendly TV shows and shorts that my niece, for example, would consume for hours if we let her.

Masha and the Bear is a Russian-made cartoon with English dialogue. This particular episode has 4.2 billion views. It features a young girl, Masha, cooking some sort of pink stew (reminiscent of cubby custard from the Teletubbies) that multiplies and starts to take over her entire home.

All the while, a bear is figuring out how to play chess with himself. It’s not exactly educational programming, but much like cartoons of olde, it’s good for a laugh.

The Uptown Funk music video was published on November 19, 2014. This song is the sound of my junior year in college: it was, and often still is, EVERYWHERE; it does not surprise me that the video has 3.8 billion views.

Bruno Mars is a skilled dancer and performer known for upbeat songs and this one is no different. The video gives you the feeling of sitting in the back of a jazz club, vibing with your friends.

The pair also had the ultimate marketing event for this song, being that 2014 is the year Bruno Mars performed at the Super Bowl XLVIII halftime show. Sports fans around the country were subjected to this tune, which may have something to do with its popularity and its status at the number one song of 2015.

If you haven’t seen the Gangnam Style video by this point, I don’t know where you’ve been. It was published on October 23, 2012, and has since amassed 3.6 billion views. Back in 2012, we were just starting to understand the effect a “viral sensation” could have. This video was the first ever to hit one billion views.

I’m not sure what I saw more of: this official video, or all the remakes that people followed up with. This song, which refers to a South Korean style of living, was originally produced for k-pop fans but quickly appealed to a much wider audience. The dance moves to this song caught on with middle-schooler enthusiasm, as artist PSY started a Gangnam-style revolution.

While this song was once the most-viewed video of all time, seventh place isn’t a bad spot to hold after seven years.

Sorry by Justin Bieber is another classic that came out in my college years, and I can remember parting various dance floors to make room for my attempt at the dance moves. This video, with 3.2 billion views, features choreography by the famous New-Zealand dancer, director, choreographer, and actress Parris Goebel.

Bieber did something unique with this album: allowing various dance crews and partnerships to be the sole focus of each music video. Published on October 22, 2015, this particular video is one of the most-remembered, with an all-female dance crew in neon outfits whose energy and fun are contagious.

This song is just under 2 minutes and features a baby by the name of Johny who is eating sugar when he isn't supposed to, which is sung to the tune of Twinkle Twinkle Little Star.

It’s easy to see why Maroon 5’s Sugar video amassed 3.1 billion views. Published on January 14, 2015, the height of flash mob popularity, they used the video as an opportunity to do drop-in performances at various weddings around Los Angeles.

The set-up made it clear that wedding guests, brides, and grooms had no idea what was going on. That is, until a sheet dropped to reveal Maroon 5 behind it, singing their newest hit. Although there was a lot of speculation that the stunt was fake (which the band denies), who really cares?

It made for a good watch, and I still get a little teary-eyed imagining these couples receiving such a fun surprise on their special day.

How can you make the next most viewed YouTube video?

As you can see here, the best way to get on the most-viewed video list is to already be a celebrity. It’s incredibly challenging to compete with A-list names such as Katy Perry and Bruno Mars.

But don’t let that deter you from making your own creative content! You may never beat out Despacito, but it’s worth a shot.

Related: Find out who's winning the YouTube popularity contest with our list of the top 10 most subscribed to YouTubers.

YouTube may have an easy barrier of entry, but being successful on the platform is a completely different story. Here are a few tips and resources to help you create an all-time great viral video:

Create a professional YouTube channel. You need to look professional if you're going to be successful. That means having your channel organized well, utilizing the right digital assets, and creating the right CTAs.

Create fun and viral videos that can be watched dozens of times. Creating highly viewed content is difficult, or everyone would do it. You must come up with an idea that jumps on a trends or fad, figure out how to make your video stick out, and then film, edit, and publish the video.

Grow, monitor, and monetize your channel: Getting subscribers is a tough endeavor for new content creators. You'll need to get scrappy, but you'll also need to learn the in's and out's of YouTube's dashboards 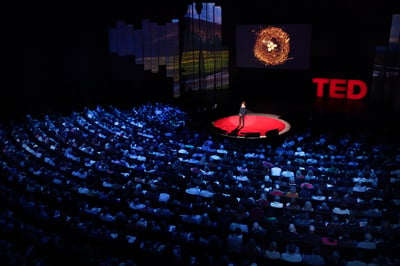 There are educational videos that exist on any topic under the sun. 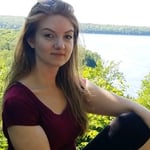