When I was in middle school, I stood outside a Weird Al Yankovic concert in Chicago for three hours in the rain in the hopes of meeting my favorite singer and having him sign my Poodle Hat tour shirt.

Now, if the mood ever struck me, I could send a Tweet directly to Weird Al at any given time of day and say whatever I want. I could tell him that yeah, I still know all the words to ‘That's Your Horoscope For Today’ or even tell him how ‘The Saga Begins’ was my gateway into Star Wars fandom. That’s the power of Twitter.

But Twitter has become more than just a way to connect with celebrities. It’s also used by journalists to provide updates on breaking news and has become a way for us to understand the world around us. People from every country are tweeting every day and in the process, making our world a little smaller.

Former United States President Barack Obama is the most followed person on Twitter with 113 million followers.

With more than 330 million monthly users on the platform, that means nearly a third of all Twitter users follow Barack Obama. That’s pretty impressive! But who else ranks among the coveted top ten spots of most popular Twitter users? Some of the most popular accounts on Twitter might surprise you!

Like the Beatles said: It’s getting better all the time. Thanks, babe, for 27 amazing years! pic.twitter.com/mImRqIYn1R

Former attorney and U.S. Senator from Illinois Barack Obama has more followers than any other Twitter personality. He gained a majority of his following during his tenure as the 44th President of the United States and has since used his platform to post about his family, updates from the Obama Foundation, and causes he finds near and dear to his heart.

Canadian singer and songwriter Justin Bieber is no stranger to success. After being discovered at the age of thirteen, Bieber has sold more than 150 million records world-wide, making him one of the most commercially successful musical acts of all time. On Twitter, he sticks mostly to sharing updates about his music career.

S/O to my favorite pizza joint in Kauai - Tahiti Nui’s - for letting us take over. This is the only place I will allow pineapple on my pizza 🍍🍕 https://t.co/Tsz9eXpAHV pic.twitter.com/uS0CO45Dlk

Katy Perry is truly living a teenage dream as the most followed woman on Twitter! The five time American Music Award winner has seen many successes over her nearly 20-year career. She spends much of her time on Twitter teasing her new music, interacting with her fans, and sharing pictures of her cat Kitty Purry.

International best-selling recording artist turned fashion and beauty entrepreneur, it’s a wonder Rihanna has time in the day left to Tweet! When she’s not managing her mega-successful make-up and lingerie companies, she’s doing interviews for Vogue and teasing upcoming projects to her adoring fans.

This album is very much a celebration of love, in all its complexity, coziness, and chaos. It’s the first album of mine that I’ve ever owned, and I couldn’t be more proud. I’m so excited that #Lover is out NOW: https://t.co/t7jK7XmEqa pic.twitter.com/NMgE7LTdGZ

Taylor Swift has been a staple of the music industry since her eponymous debut album dropped in 2006. At the age of 29, she’s already been inducted into the Songwriters Hall of Fame and won 10 Grammys for her music. Swift is known for posting intricate teasers of upcoming projects on her Twitter account and sharing photos of her fans.

Holding the coveted title of most followed person on Instagram, Juventus forward and Portugal national team member Cristiano Ronaldo certainly has a lot to brag about. Aside from being one of the most-followed people across multiple social media platforms, he’s also one of the highest-paid athletes in the world. He’s also the only professional athlete to crack the top 10 for most followed Twitter personalities.

A year ago, A Star was Born, and here we are 6 times pink platinum pic.twitter.com/hdFns6xZ76

Nine-time Grammy award winner Lady Gaga has used her vocal talents to rack up numerous awards over her 20-year career. In 2019, she became the first person in history to win an Academy Award, a Grammy, a BAFTA and a Golden Globe Award in one year for her contribution to A Star Is Born's soundtrack. Gaga uses her Twitter account to post updates on musical projects and post more random, personal anecdotes.

I was honored to meet the amazing @GretaThunberg.

Find out how you can make a difference: https://t.co/HeDcWcHcTE pic.twitter.com/bqNJV38Ekj

Actor, comedian, day-time talk show host, and LGBTQ+ advocate, Ellen DeGeneres, has become a household name over her 30-year career. She’s the author of four books and winner of 30 Emmy awards for her work in daytime television. In 2016, DeGeneres received the Presidential Medal of Freedom from then-President Barack Obama. She uses her Twitter account to post clips from her show and share heart-warming stories from around the world.

Such a great honor to be the Republican Nominee for President of the United States. I will work hard and never let you down! AMERICA FIRST!

Coming in at number nine is the 45th President of the United States, Donald J. Trump. With 72.4 million followers, Trump uses the social media platform to keep his supporters updated with things like his Impeachment Trial, his election campaign, how he really feels about the Democratic candidates, and so much more.

Creators started #TeamTrees with goal to raise $20M to plant 20M trees by 2020. They’re more than halfway there!

On Tuesday we began matching up to $1M in donations on YouTube through the end of 2019. Have you donated yet?

The official YouTube account has the unique honor of being the only brand to have a spot in the top ten most followed Twitter accounts. What makes their account so popular is their content strategy of sharing videos and tweets from prominent creators on their own platform. And yeah, they even have more followers than the official Twitter account does by about 15 million followers!

Though our list only provided highlights for the top ten, we figured we’d give you a few more! Here are numbers 11 through 20 for the most-followed Twitter accounts in 2020.

Unlike Instagram where the most popular accounts are usually owned by celebrities and influencers, there are plenty of political figures and news organizations cracking the top 20 spots. That’s likely because Twitter was first designed as a micro-blogging site and a way to quickly share the news.

Do you use Twitter at work as part of your marketing strategy? Leave a review!

As one of the top 10 most popular social media apps of our time, Twitter isn’t going anywhere soon. This marketplace of ideas allows users to connect with new friends, follow their favorite news sites, and stay in touch with the world at large all in one convenient location. Pretty cool, huh?

Lauren is a Content Marketing Team Lead at G2. You can find her work featured on CNBC, Yahoo Finance, and on the G2 Learning Hub. In her free time, Lauren enjoys watching true crime shows and spending time in the Chicago karaoke scene. (she/her/hers) 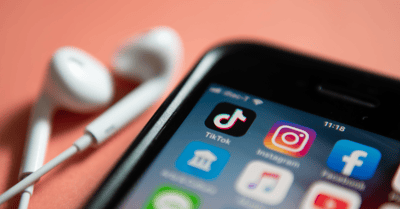 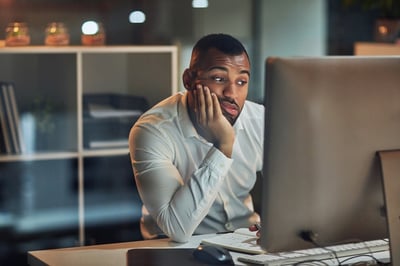 Anticipate the Imminent With Allowance for Doubtful Accounts

One difficult aspect of being an accountant, or a businessperson of any kind, is not knowing...