For instance, is it a good thing to have a most disliked video on YouTube? Maybe not, but regardless, there’s a top ten list for everything!

What are the top 10 most disliked videos on YouTube?


Some names on this list you might recognize and have your own reasons for disliking it, while others may surprise you. With over 400 hours of video being uploaded to YouTube every minute, there is bound to be a video or two, or 10, that ruffle a few feathers.

There’s something for everyone on YouTube, no matter your interests. Because of this, people are sure to have conflicting views and opinions. That being said, a video or song that you love may have made this list, but that doesn’t mean you shouldn’t like it!

No matter what you’re into watching on YouTube, discover which content is the most disliked, or has the most “thumbs down” reactions, on this popular video platform.

It’s good to be the most hated, right? If it is, then congratulations to YouTube Spotlight for taking the most disliked video, YouTube Rewind 2018: Everyone Controls Rewind, with 17.8 million dislikes.

According to the description, the point of this video was to “celebrate the videos, people, music, and moments that defined 2018”, and apparently watchers of YouTube really didn’t like this recap. For starters, it’s extremely corny with too much going on. Plus, it’s a little long for the standard YouTube video (do you really have time to watch an eight-minute yearly recap video?).

What starts off with Will Smith looking out from a bridge slowly transforms into a complete mess, featuring K-Pop, Mukbang, the “In My Feelings” challenge, and so much more. Watch for yourself!

You either love or you hate Justin Bieber, and regardless of where you fall, people really hate the Baby music video featuring Ludacris. 11.3 million people, to be exact.

Even though Bieber may be one of the most subscribed to YouTubers, and there’s only a rough 2 million difference between people who loved and hated this video, it’s the video that launched a million Beliebers.

This video brings me on a trip down memory lane before he covered himself in tattoos and married a Hollywood starlet. But regardless of what I think about this song, it will undeniably be stuck in my head for the rest of the day.

We as a society really hate the YouTube Rewind series, huh?

At number three, the 2019 Rewind video, also uploaded by YouTube Spotlight, is said to celebrate the creators, music, and moments, that mattered most in 2019. Some of the heavy hitters in this video include Ariana Grande, Billie Eilish, Dude Perfect, Jeffrey Star, Lil Nas X, and Shawn Mendes.

The video even starts out referencing that the 2018 version is the most disliked video on the platform as it highlights some key metrics specialized for 2019.

Check out the video below to see if any of your favorite moments made the cut.

Chances are that even if you don’t have kids, you’ve heard this insanely viral song, Baby Shark, and the video for it by Pinkfong is the fourth most disliked video on YouTube with 5 million. Even though it’s extremely popular among toddlers and children, it’s clearly hated by everyone else.

If not… again I apologize for bringing this song to your attention because it’ll most likely be stuck in your head for days.

Coming in at number five is yet another YouTube video for children.

Uploaded by LooLoo Kids, this song is about a child named Johny who is caught by his father eating sugar cubes. This song is short and sweet (no pun intended) and sung to the tune of Twinkle Twinkle Little Star.

I’m sorry in advance for even bringing up It’s Everyday Bro by Jake Paul featuring Team 10, but here it is at number six.

If you don’t know who Jake Paul is, he lists on his YouTube channel page that he and Team 10 are always “making vids, acting, doing action sports, and going on crazy adventures”. He also claims to have written, shot, and edited this music video in one day. Maybe they should have taken more time to create this video, since it has 4.7 million dislikes.

7. Can This Video Get 1 Million Dislikes? by PewDiePie - 4.6 million dislikes

To answer your question PewDiePie, yes it can. Actually, it can get 4.6 million dislikes.

Ask and you shall receive! Especially when your 104 million subscribers will seemingly do anything for you. This truly strange video is just shy of five minutes, and was uploaded right after PewDiePie got 50 million subscribers. It starts with Google calling to talk about their algorithm… and gets stranger as the video goes on.

Google eventually tells him that if he gets more dislikes, he’ll “become more powerful than you can ever imagine”, which is why he went on the hunt to get as many as he could. See for yourself!

Despacito by Luis Fonsi featuring Daddy Yankee may be the eighth disliked video on this countdown, but it’s also the most-viewed YouTube video of all time.

That being said, it has an impressive 4.5 million dislikes on YouTube, and that could be because this song was everywhere in 2017. I felt like every time I drove anywhere I heard it on the radio at least once.

No matter the reason, with 37 million likes, you can’t deny that we secretly (or not so secretly) love this song and can’t help but dance, or sing along when we hear it.

When I think “war-related video games”, I think Call of Duty, and their reveal trailer for Infinite Warfare comes in at number nine with 3.8 million dislikes.

This game hit shelves in November 2016, and to fuel some excitement, the trailer for this first-person shooter video game came out in May. It’s safe to say that players of the game weren’t thrilled with what they saw, but perhaps they were too quick to voice their disappointment.

Many gamers have expressed regret over their initial judgment so quickly on this trailer alone. And even with the disappointment, it still managed to sell 1.8 million copies in the US its first week and was the top-selling game in November 2016.

10. Masha and the Bear: Recipe for Disaster by Get Movies - 3.82 million dislikes

Rounding out the top ten is another most-hated video for children is Masha and the Bear: Recipe for Disaster by Get Movies with 3.8 million dislikes.

Masha and the Bear is a Russian-made cartoon with English dialogue, and this particular video features Masha, a young girl who is cooking what appears to be pink soup… that multiples and takes over her entire house.

There’s also a bear that is trying to figure out how to play chess with itself. It’s safe to say that a lot is going on in this video, which could play into its placement on this list.

Tips and resources to ensure your videos aren’t disliked

No matter if you’re a YouTube veteran or just starting out, you probably want to do everything you can to ensure your videos get the least amount of dislikes, or thumbs down reactions, as possible. Some YouTuber users are inevitably going to dislike some of your content, but that doesn’t mean you shouldn’t be creative!

First, you need to create your YouTube channel. More goes into it than you may think, and it’s best to take the necessary time to start on the right foot.

Next, start creating content. Whether you’re uploading your unique music, a beauty review, or an informative how-to, save yourself the time and energy and do it right the first time. Once it’s filled and you’re ready to upload, you’ll edit and publish it for an audience that will (hopefully) like what you have to say!

Once your content is out for the masses to enjoy, the goal is to get more likes than dislikes. But, as you can see from this list, that isn’t always the case. If a video is getting more dislikes than others, pay attention to the data available to you.

Mara Calvello is a Content Marketing Manager at G2 with a focus on Human Resources and SaaS Management. She graduated with a Bachelor of Arts from Elmhurst College. In addition to working at G2, Mara is a freelance writer for a handful of small- and medium-sized tech companies. In her spare time, Mara is either at the gym, exploring the great outdoors with her rescue dog Zeke, enjoying Italian food, or right in the middle of a Harry Potter binge. 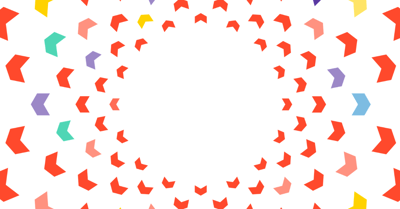 Upon Facebook’s inception in 2007, sharing the details of our lives online became the new...