While Facebook remains the social media network giant – maintaining the highest user base to date – using it as a marketing platform is an entirely different beast now than it was just a few years ago.

Changes in its timeline algorithm, as well as diminished engagement rates and organic reach on business pages, spells greater time and budget investments needed for marketers to get the most out of it. For Facebook marketers, perfect targeting is crucial to success.

According to the G2 State of Social Media Marketing Report 2019, surveying more than 400 marketing professionals across different job levels and company sizes, Instagram is more effective at getting ad interactions. That doesn’t imply it’s an easier job, but with a general ad engagement rate of 2.2% compared to Facebook’s dismal 0.22%, it’s understandable if one opts to shift focus.

Instagram has introduced a myriad of features over the years, especially since its acquisition by Facebook. It’s most recent major change: IGTV.

Short for Instagram TV, it’s billed as the platform’s own space for long-form video. While reception has been mixed so far, brands and individuals investing in Instagram for their main social media presence would do well to consider IGTV for business.

How to use IGTV

Tailoring the video to the platform it’s hosted on is key to success.

IGTV is no different. A badly-rendered video that appears as if it has been re-uploaded from another host site may not entirely put off your audience if it is interesting enough. It does, however, impact possible engagement. The following is a list of essential details of what marketers need to know about IGTV before they begin.

If you upload videos to IGTV from a mobile device, these form fields can no longer be edited after the video is posted. While this may be remedied by uploading via desktop, better safe than sorry. Titles should be 20 to 25 characters long, otherwise, they disappear off the thumbnail — which can be selected from any frame, but may also be uploaded separately.

Use the new landscape video option

Instagram now supports landscape video, following feedback from creators that landscape videos have already been posted without the option to turn the phone to view them properly, and that the vertical video format was a struggle for optimization.

Instagram only accepts videos in .mp4 format, and videos should be at an aspect ratio of 9:16 for vertical video and 16:9 for horizontal. Additionally, videos need to be at a minimum of 720p resolution, with a maximum file size of 650mb for those at 10 minutes or less and 3.6GB for ones up to an hour long. 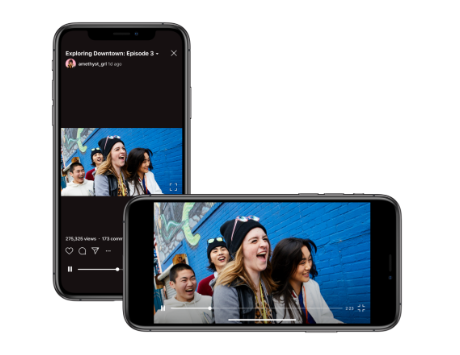 Online video has been garnering significant engagement numbers for a while. According to HubSpot’s State of Video Marketing in 2019 report, despite its prevalence and ubiquity online, video still hasn’t risen to its saturation point. People online haven’t tired of it and expect it to be here to stay for the foreseeable future.

According to the study, the current digital marketing landscape means fast, comprehensive audience understanding is crucial, and short videos are the most effective way at teaching consumers about products — 68% of survey respondents preferred it over text-based articles (15%), infographics (4%), and other methods. 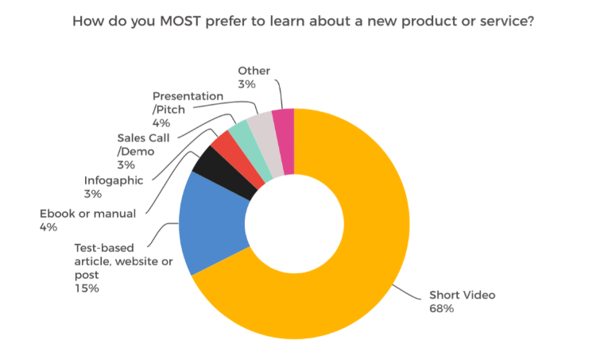 Optimizing video content and placing it in the communication channels where your audience is—which means on mobile, looking through their social media accounts—is now an established way to promote business.

There isn’t much excuse to not keep (or at least reserve a name on) a social media account for the platforms with the highest platforms. Maintaining a fully-fleshed profile through conscious time and effort is admittedly not an easy feat, but luckily translates into better credibility online.

Using IGTV for business and adding it to a roster of Instagram content types adds depth to a profile. With more than 25 million business profiles and approximately 2 million advertisers in the same space, having many points of differentiation from competitors matters — especially now that investing in video production is standard for social media marketers. In a sea of users and brands posting short clips to Instagram and hinting at snippets in Stories, full long-form video could be the answer.

Since IGTV hosts long-form video, catching users’ attention and keeping them there are paramount. Don’t expect audiences to sit through even ten minutes of a video when they could potentially exit your profile to seek more interesting things to watch elsewhere. Two best practices to follow would be to communicate a story, and the other would be to execute that story in a controlled, predictable format.

Specifically, a documentary filmmaker. Denise Roberts McKee of About Face Media, in Content Marketing Institute’s post on how to avoid boring video, recommends seeking out stories in your organization. The process is simple on paper: determine what you want the video to achieve, who you want it to cater to, and why that audience would want to see it.

Afterward, you can figure out a “story landscape,” which is the intersection where the issues, values, and expertise your business can offer meets with what your audience cares about. Don’t talk about how great your company is — show it.

Stick to a regular programming schedule

Take a page out of the television and YouTube influencer handbook. Make a schedule for your IGTV channel and follow it to the letter. That way, users who may not catch immediate uploads on their feeds will know when to check in and expect a new video. This is why it’s important not just to keep an internal content schedule with calendar software, but to communicate this to followers as well.

This strategy provides accountability for you and a regular event to include in the daily routine of your followers. Plus, adding themes into the mix and involving followers in the decision to push through with them encourages them to participate. That translates into higher engagement, in addition to assisting in your efforts to discover what exactly your audience wants.

Dos and don'ts of IGTV

DO: Brush up on branding guidelines, especially the prescribed imagery and tone of voice. Because you’re using IGTV for business, being conscious of the brand image you need to uphold on social media is part and parcel of the whole process. This aids in the scriptwriting and storyboarding process, as well as providing some additional reminders that can guard you against social media gaffes.

DO: Put effort into video editing. Apply a variety of editing styles to different videos to prevent monotony — a single cut that goes on and on without some form of editing is more likely to look unpolished. Examples of cuts you can include:

DO: Be open to repurposing other Instagram content. Both Instagram Stories and Instagram posts are hosted on your profile but can turn into something completely new with a bit of creative thinking. Consider user-generated content in particular: how can you expound on satisfied customers with this video content, without resorting to the classic video testimonial?

DON’T: Refer people offsite mid-video. While you may be using IGTV for business, you also want them to watch the full video. Having a verbal or visual call to action inside the video encourages them to click out. The platform currently lacks support for advertisements, unlike Instagram Stories, so it may be tempting, but refrain from shifting your audience’s focus.

IGTV does it all

It’s been nearly a year since the feature debuted on the social media network, yet IGTV may still be considered in the early stages of social media adoption. Influencers and brands are still attempting to crack the code of effective IGTV content. YouTube remains a major force in online video, yet frequent controversies surrounding its algorithmic recommendations may be the sign that it’s time to step away from investing too much into it. While new competitors such as TikTok have sprouted up, gaining traction amongst younger users, they fit into a niche.

Instagram is more universal — hosting the accounts of everyday individuals, full-time digital influencers, big brands, and small businesses alike. Holistic development of your brand’s Instagram profile, understanding each feature to its fullest and using them when appropriate can result in significant gains in awareness and market penetration in an otherwise unlikely situation.

IGTV is just one piece of Instagram’s pie — and it’s one with the promise of a lot in future flavor.

Want to contribute to G2's database of user-generated reviews? Tell us your thoughts about Instagram!

Natasha Ponomaroff is the Senior Marketing Director of Instasize – a content creating tool kit for anyone editing photos and online content on mobile. A weekly contributor on the site’s blog, Natasha tracks social media trends and updates the millions of “creatives” who are currently using Instasize to curate awesome online content. When she isn’t writing up the latest trend, Natasha is overseeing a team of 10 over at the Instasize HQ – ensuring that the marketing content on the apps various social platforms is ready to go. 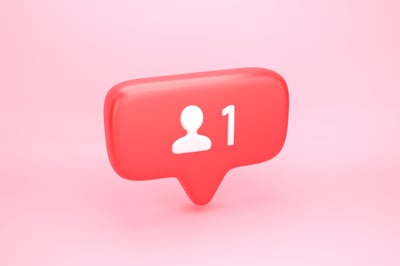 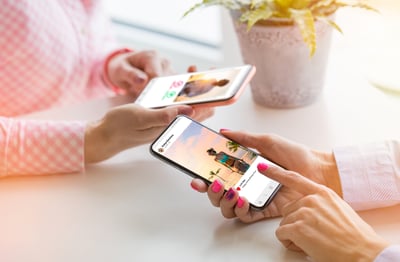 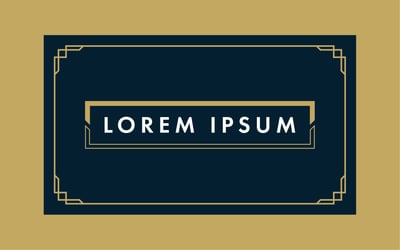 What Is Lorem Ipsum? (History, Fun Facts, and Alternatives)

If you've at least used some form of writing or web content management software, there is a...