Everything has a history.

Even the sandwich you ate for lunch. It was made, eaten and you will remember it fondly. If something as simple as a sandwich has history, think about the history of something that has existed for as long as mankind, like communication.

Communication has always been the most significant part of human expression and interaction. And unless we end up like the people from Wall-e who sit in front of a television all day, it always will be. For the sake of discussing the history of communication, let’s focus on the has been.

The history of communication

Want to learn about communication during a specific time period? Feel free to skip ahead:

If not, let’s start at the best place: the beginning.

Ancient man was forced to be creative with communication and keep it consistent to maintain a common understanding. When speech originated around 500,000 BCE, communication was changed, but the system was not perfect and needed assistance.

While verbal communication was used in ancient times, symbols and images were still used to portray information. The earliest proven form of this is cave paintings. These images usually included scenes of hunting wild animals or stencils of human hands.

Communication for ancient man became more complex as variations of cave paintings evolved into pictograms. Pictograms are images that represent a simple place or object. Later, ideograms were created and used to communicate concepts.

People during ancient times can often be depicted as savage and unintelligent, but the opposite is true. The communication crafted during this period moved from simple drawings of people and animals to visual communication that could express entire ideas with one symbol. Their brain power fueled the original use of all types of communication that evolved into the channels we use today.

While communication saw a lot of advancements during ancient times, that was only the beginning.

Communication saw new developments between ancient times and the 15th century. But if we dove into all of that, our entire history would be reading or writing about communication’s history. While it is interesting, we’ve all got things to do. So I’ll keep it brief: For the most part, communication before the 15th century included verbal communication and limited written communication. People spoke to each other and wrote handwritten notes for an individual or a group.

This all changed after the printing press was invented. The Bi Sheng and Wang Chen dynasties in China invented the first printing press in the 1300s, removing the need to hand write all paper messages. About 150 years later, Johannes Gutenberg of Germany crafted a modernized version of the printing press that was able to mass produce printed materials.

Gutenberg’s version of the printing press started the period known as the Printing Revolution.

Printing presses were found in cities all across Europe and were used to print large amounts of materials that were meant for widespread distribution. Written and printed materials became all the rage, leading to even more innovations to create, duplicate and circulate it.

The invention of the printing press gave people the ability to conveniently produce large amounts of written material, but more importantly, it supported the flow of information among people. That is the true purpose of communication: sending and receiving messages. And eventually, that also became possible.

The continued popularity of written communication caused the Printing Revolution to spill into the 17th century. Scientists were still publishing their discoveries and authors continued to tell stories, but at the same time, a lot was happening in the world.

War, famine, and domination became regular concerns of 17th century people. Mentions of these events stirred up a lot of curiosity among people that were out of the geographical loop. In 1690, the newspaper was invented to accommodate those people. Cities all over the world got into the habit of publishing a newspaper with local and international news to keep people informed.

In the 18th century, the public postal system was established. Letters were sent before this time period, but the system was flawed and inefficient. Delivery could take months, and even when the mail did reach its destination, it was left at a random public place.

Benjamin Franklin’s involvement in the U.S. postal system made the delivery of mail more productive. Routes were established to boost efficiency, post offices were created to keep drop off and pick up locations consistent, and costs were set in place to make the business profitable.

The remodeling of the postal service allowed the sender and receiver communication model to cater to personal information. Sure, a newspaper can tell you about the health of the economy, but a timely letter from an old friend will make you smile.

As the 19th century came around, the great minds working towards improving communication took a large step. Electricity was incorporated into communication channels, coining the term telecommunications.

Telecommunications is the sending and receiving of information using electronic means. This can include wire, radio, or any other electromagnetic device. The combination of electricity and communication sparked the beginning of a long wave of innovations.

The first of these inventions was the electric telegraph in 1831 by a man named Joseph Henry. This type of telegraph allowed messages to be sent and received over long distances. It contributed to the productivity of distributing news and communicating internally for businesses.

The popularity of the electric telegraph was still at its peak when Alexander Graham Bell invented the telephone in 1876. The telephone allowed two people to communicate verbally with devices that converted the sound, as opposed to speaking face to face. 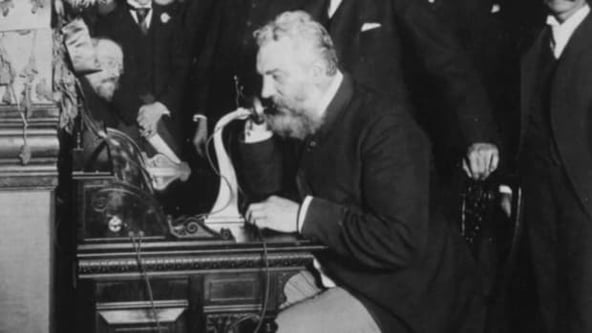 Telecommunications provided people with a way to make long distance written and verbal communication personal. Distance became less of a problem for people who wanted to communicate verbally, increasing the flow of information.

The 20th century was a busy time for communication.

Radio and television became a great source of information in the early 1900s. Not only did they provide musical entertainment, but they also delivered news, sports, and weather to listeners.

This is where it starts to get even busier.

The telephone became mobile in 1981, but the word mobile is used loosely here. The first versions of the mobile telephone were not intended to be carried around on your person like they are now. They were heavy duty pieces of equipment that were usually only found in cars and trains.

Once the mobile phone became pocket-friendly in the 1990s, more people were inclined to buy them. Phone companies started selling pay as you go plans and other phone contracts, fueling the industry. Also, a new form of written communication was created. We know it today as text messaging.

Advancements in the phone industry were just the beginning. Communication continued to surprise the world, thanks to two things: the computer and the Internet.

The computer was invented towards the beginning of the 20th century, but the features for communication were not created until the mid to late 1900s. In 1965, online written communication expanded into email, completely changing the game. To make it even more enticing for users, these systems soon adapted the means to share entire files or photographs.

Then, after the personal computer (PC) was introduced in the 70s, computer systems slowly became a common household tool, especially for communication. The combination of a PC and the Internet made written communication fast, easy, and convenient. 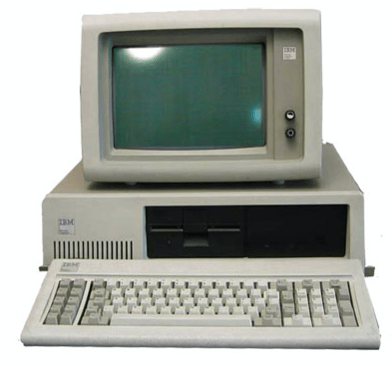 After reading that, we all know that email and PCs were just the beginning of the most important innovations in communication. But these origins can’t be forgotten. Every communication tool used today was somehow influenced by simple ones from the long and never-ending history of communication.

It’s no surprise that as communication got faster, the human race became more impatient with it. Communication of the 21st century kept up with these “needs” by creating even more tools and increasing the efficiency of existing ones.

Video conferencing software is a perfect example of communication technology accommodating to the fast-paced Information Age. People no longer had to be in the same place for “face to face” communication. This was a huge development for people and businesses who frequently communicate from long distances.

These social media websites included tools for people to share personal content with either an individual or a group in a formal or informal way.

Texting caused a domino effect of new mobile phone features, as well as improvements in existing ones. In 2003, Internet capabilities were added to mobile phones. This. Was. Huge. People started carrying little computers in their pockets, and the smartphone was well on its way to changing the game even further.

Speaking of smartphones, they showed up less than five years later. And along with smartphones came a multi-billion dollar industry: apps. Apps condensed different websites and made them more mobile phone friendly.

I’m sure you’ve heard the phrase, “There’s an app for that.” And there probably is. While there are plenty of apps that don’t directly contribute to communicating information, there are also plenty that do. News outlets, social media websites, and search engines have all provided users with apps, allowing for mobile-friendly mass and personal communication.

The importance of information in the 21st century was fueled by advancements in technology and communication. The art of providing tools for personal, professional and widespread communication was mastered. What a time to be alive!

That’s all folks… for now

Well, there you have it: the history of communication in a nutshell. As the human race progressed and modernized so did human communication. And as information became more valuable, the methods being used to send it became more of a priority. Communication has come a long way, and it’s only getting better. Take some time to dive deeper and learn more about communication theory.

Communication has an extensive history, but to be an effective communicator in the modern world, use these etiquette tips to be heard -- without being offensive. 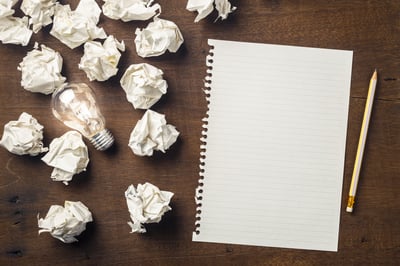